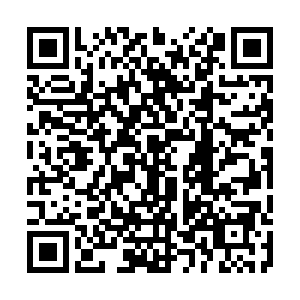 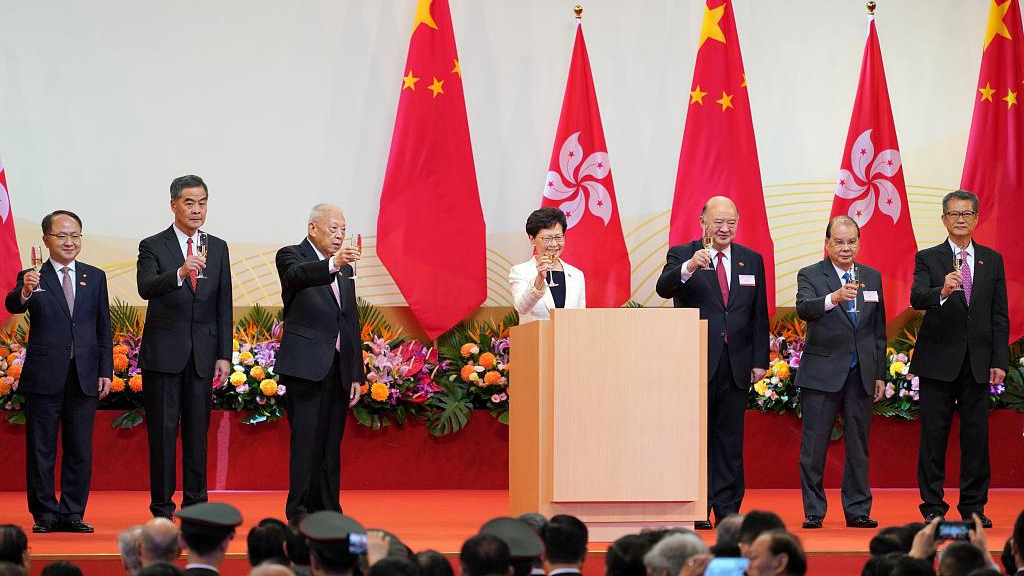 Hong Kong Chief Executive Carrie Lam (C) attends a reception in celebration of the 22nd anniversary of the establishment of the HKSAR at the Hong Kong Convention and Exhibition Center, July 1, 2019. /VCG Photo

Hong Kong Chief Executive Carrie Lam (C) attends a reception in celebration of the 22nd anniversary of the establishment of the HKSAR at the Hong Kong Convention and Exhibition Center, July 1, 2019. /VCG Photo

Hua made the remarks in response to U.S. President Donald Trump's comments concerning Hong Kong. Trump tweeted Thursday that a meeting between the Chinese leader and Hong Kong's protesters could lead to a happy ending of the protests.

Hua said China has noticed Trump used to say that "the riots" in Hong Kong had lasted for a long time.

"Violent criminal activities in Hong Kong have escalated continuously since June," Hua said, noting such activities ruthlessly trampled on the rule of law and social order, seriously undermined Hong Kong's stability and prosperity, and openly challenged the bottom line of the "One Country, Two Systems" principle.

The spokesperson said the most urgent and overriding task at present is to stop the violence and restore order in accordance with the law. 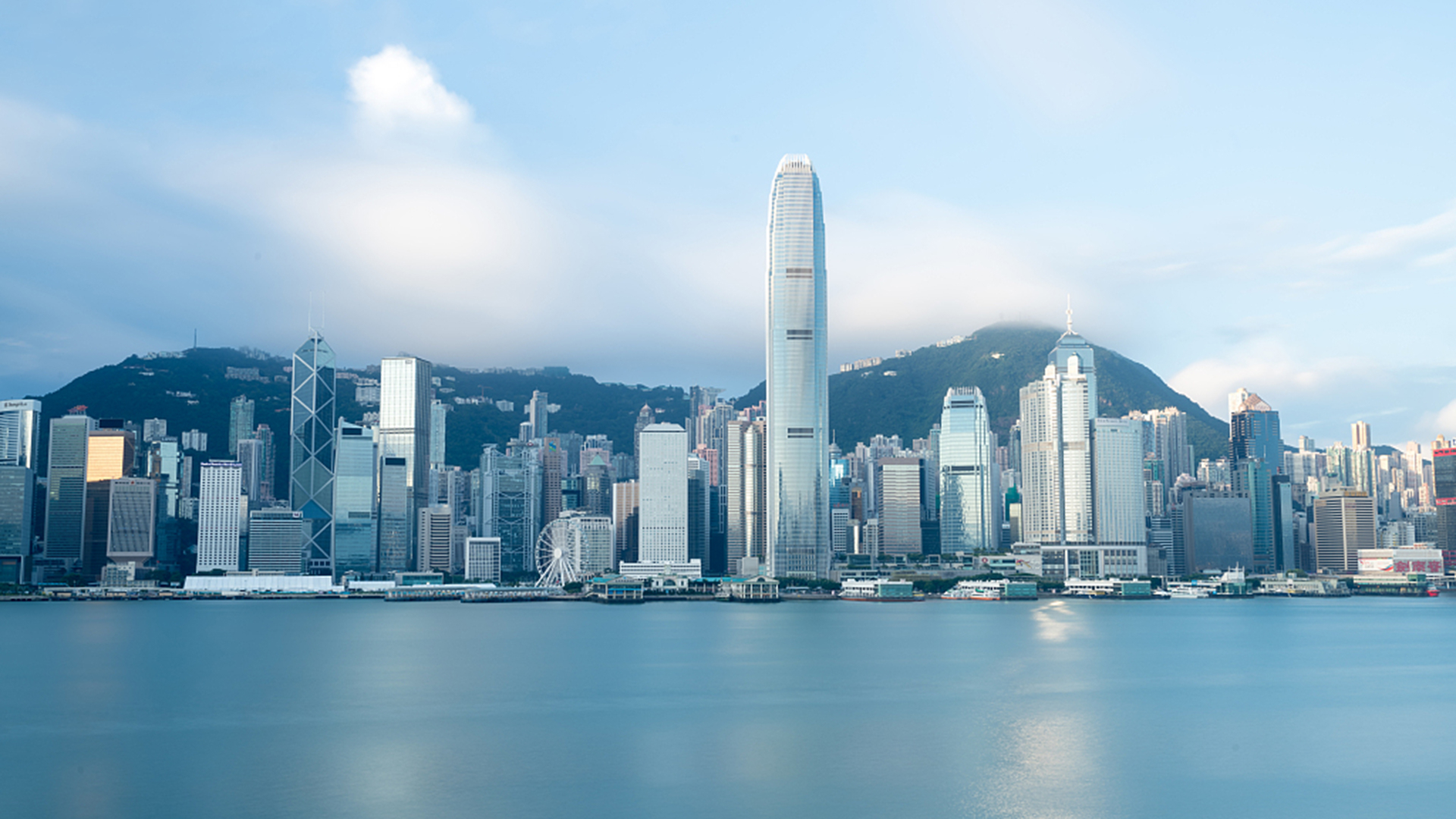 HK residents to rally against violence

Some of Hong Kong's residents will hold a rally on Saturday afternoon to protest against the violence at some recent demonstrations.

"Violent protests and escalating riots should be stopped," said Tang Ying-yen, president of the Friends of Hong Kong Association. "Activities that disturb peoples' daily lives should also be stopped. And those who insult the Chinese national flag and national emblem, and damage police stations and public transit facilities must be stopped."

Tang said the top priority is to safeguard the rule of law and the principle of "One Country, Two Systems," adding that rallies will continue to be against the violence and in support of the Hong Kong police.