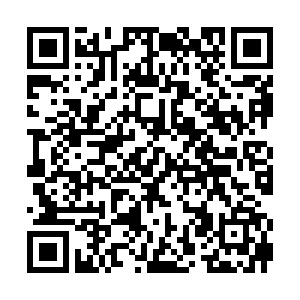 French and Russian Presidents Emmanuel Macron and Vladimir Putin on Monday agreed changes in Ukraine had bolstered the chances of peace in its east but clashed on Syria, as the Russian leader made a rare bilateral visit to a key EU power.

Macron, who hosted Putin at his summer residence in southern France, made clear he wanted to keep contacts with Moscow alive on a range of issues even at a time of spiraling tensions with the West.

The pair both expressed optimism that the arrival of Volodymyr Zelensky as Ukraine's president had improved the chances of ending the half-decade conflict during their meeting which lasted four-and-a-half hours.

But they publicly sparred over the Syria civil war, where the Kremlin is a leading backer of Syrian President Bashar al-Assad. 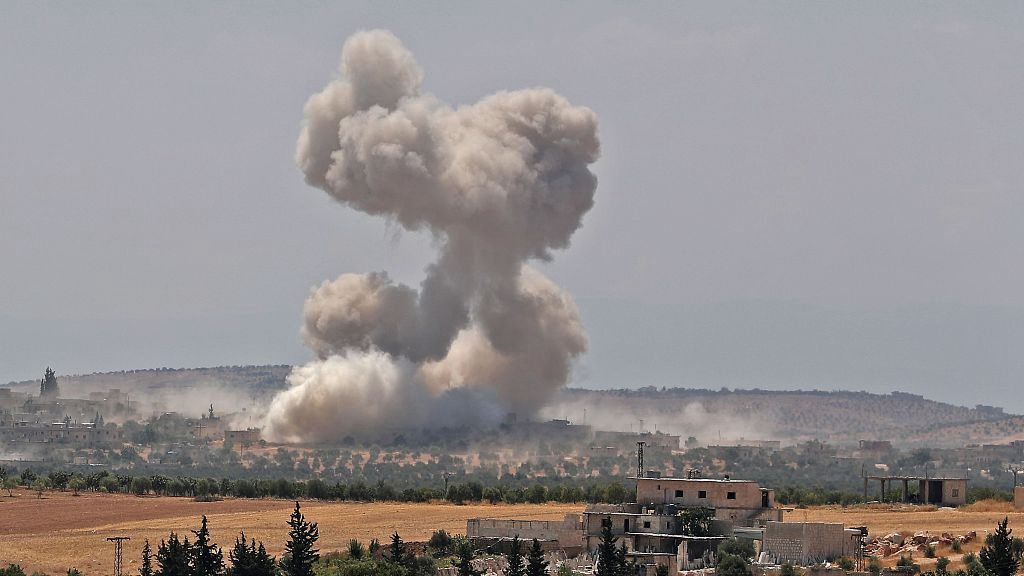 A reported air strike by pro-regime forces on the town of Hish in Syria's Idlib Province, August 19, 2019. /VCG Photo

A reported air strike by pro-regime forces on the town of Hish in Syria's Idlib Province, August 19, 2019. /VCG Photo

The relationship between a youthful French leader who regards himself as a champion of European liberalism and the Russian strongman, in power for two decades, has been marked by wariness and tensions since Macron came to power in 2017.

Macron said he hoped to attend a summit with the leaders of Ukraine, Russia and Germany – the so-called Normandy format – "in the next few weeks" to try to end fighting in eastern Ukraine.

"There is a real opportunity to put an end to the conflict that has been going on for five years," he told reporters in an open-air press conference at the start of talks. 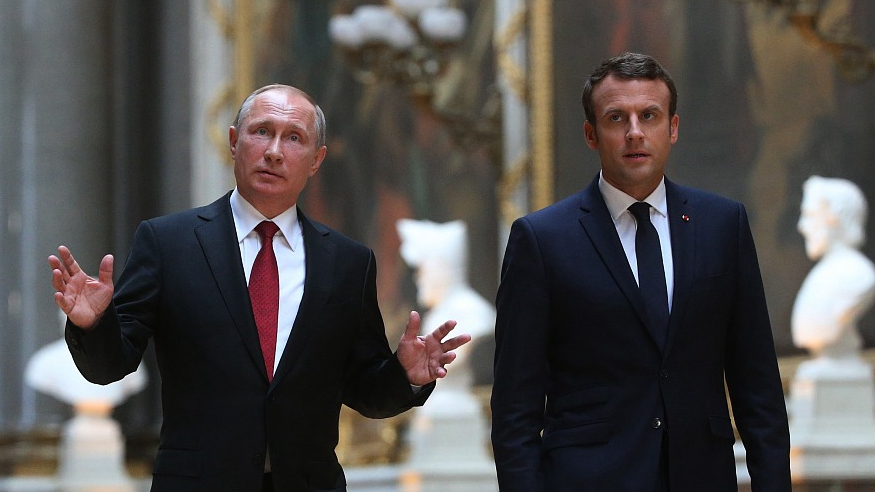 Putin, who arrived at the remote retreat by helicopter, said: "There are things that are worth talking about and that give grounds for cautious optimism."

Macron also expressed "profound worry" about the bombing by regime forces of Syria's northern region of Idlib, telling Putin that it was "urgent" a ceasefire went into force.

Putin replied by saying that "we support the efforts of the Syrian army... to end these terrorist threats," adding: "We never said that in Idlib terrorists would feel comfortable."

Macron hosted Putin on a balmy early evening at the Bregancon fortress on France's Mediterranean coast, just days before he hosts world leaders including U.S. President Donald Trump for the August 24-26 Group of Seven (G7) summit in Biarritz.

(Cover: French President Emmanuel Macron (R) shakes hands with Russian President Vladimir Putin, at his summer retreat of the Bregancon fortress on the Mediterranean coast, near the village of Bormes-les-Mimosas, southern France, August 19, 2019.)