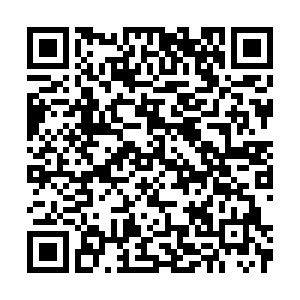 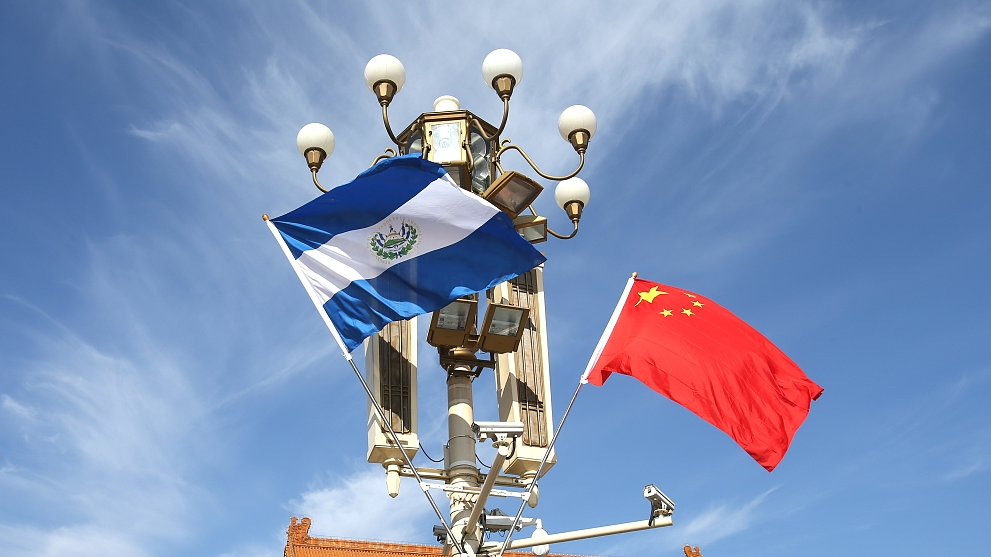 Editor's Note: Pan Deng is a member of the Academic Committee at the Charhar Institute and executive director of the Latin America and Caribbean Region Law Center of China University of Political Science and Law. The article reflects the author's opinions, and not necessarily the views of CGTN.

A Consensus beyond the interest of individuals and parties

Among all diplomatic relations that the People's Republic of China has established with the 178 countries across the world, the one with El Salvador is the youngest.

August 21 this year marks the 1st anniversary of the establishment of China-El Salvador diplomatic relations. During the past year, China's image in Latin America was repeatedly tarnished and smeared by several politicians from the United States, including unwarranted interference and irrational criticism on the establishment of diplomatic ties between China and El Salvador.

The Central American country went through an election that ended the traditional two-party power paradigm. The political transition has not led to a reversal of the fledgling cooperation between the two countries in the way some people with ulterior motives hoped for. Instead, it has been clearly and firmly accentuated by the current government. With the support of the new government, exchange programs have been carried out across the board while bilateral cooperation is full of vitality and is gaining momentum.

The former president Salvador Sánchez Cerén defined the historic event a year ago as the correct decision made during his term in office. And later, the sitting president, Nayib Bukele, said publicly in his first month in office that diplomatic relations with China are complete and established. Developing a healthy and stable bilateral relationship has become a consensus in the Salvadoran political community and has gone beyond the interests of individuals and parties. 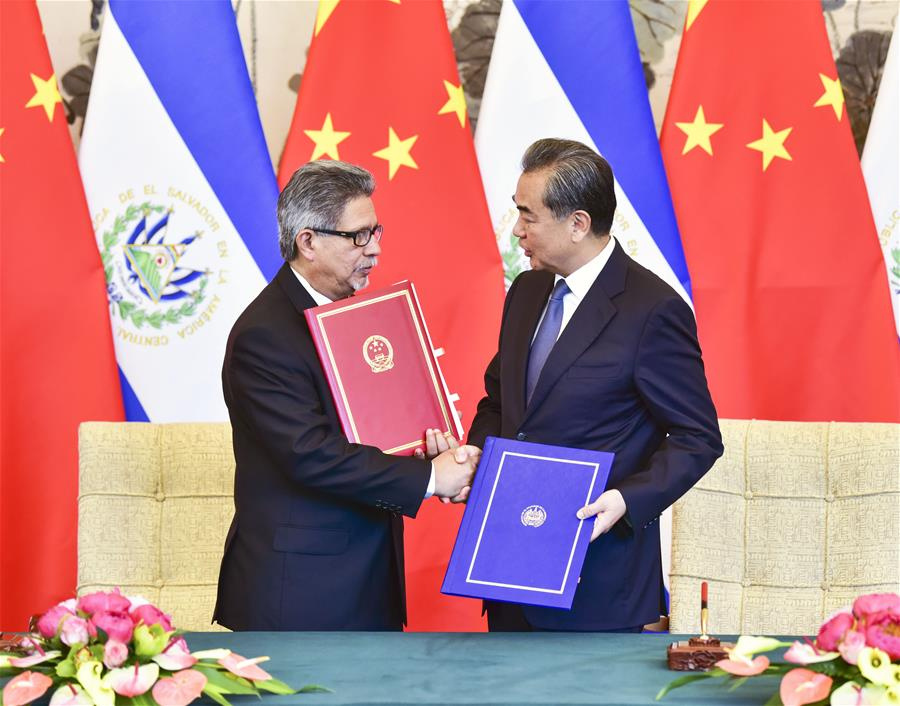 China is a trustworthy partner to El Salvador

China and El Salvador differ significantly in national conditions, comprehensive national strength, and foreign policies. Before the establishment of diplomatic relations, the two countries had long lacked mutual understanding. When some countries smeared China out of the mentality of b the "zero-sum game", some Salvadorans began to doubt China's vision of international relations featuring "sincerity, cooperation, and mutual benefits". This is a real challenge that China has braced itself for when handling its relations with El Salvador.

China and El Salvador are developing countries; they both shared the same episodes of history when they had no control over their own domestic and foreign affairs. Therefore, the two countries understand particularly well the value of mutual respect and treating each other as equals.

China appreciates the responsible decisions made by El Salvador's two successive governments regarding the "One-China" principle despite the intimidation by external forces. China upholds the peaceful and independent foreign policy, which never allows interference in other countries' internal affairs or exploiting any country to gain geopolitical advantages.

Being a developing country means that China can have a deeper understanding of the realities and needs of other developing countries and always try to find a way of cooperation with mutual benefit.

China is the world's second-largest importer, and consumer and El Salvador's pillar industry is agriculture. Since the establishment of diplomatic relations, the two sides have singled out high-quality agricultural products from El Salvador a priority area of cooperation. Since then, Salvadoran agricultural exports to China have seen "exponential" growth. Besides, negotiations between the two sides on a number of investment projects benefiting the local people have been successfully concluded and followed by quick implementation. 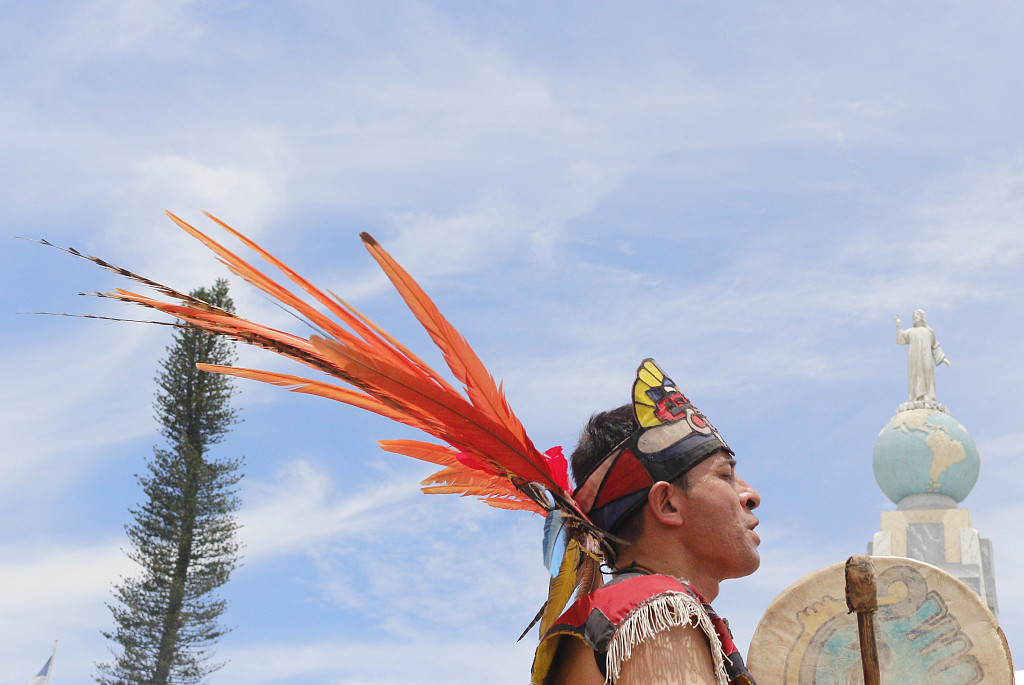 Delegations of Salvadoran government officials, parliamentarians from different parties, mainstream media representatives, mayors, and corporate leaders have visited China in droves to get a real understanding of modern China while Chinese investors, scholars also take their tour to this Central American country to set up communication channels or to look for business opportunities.

Concrete and positive achievements have been made in the fields of journalism, education, arts, think tanks, and other social and cultural subsectors. 35 Salvadoran students have got the scholarship and will soon embark on their journey to study in China. The Confucius Institute to be jointly founded by universities of the two countries is under planning. In the meantime, El Salvador is also given the Approved Destination Status by the Chinese government.

The establishment of the diplomatic relationship between China and El Salvador is hard-won and should be cherished by both sides. After twists and turns, China's vision of treating each other as equals, genuine respect for every country's independent development and willingness to offer help has won over more and more Salvadoran politicians, ruling parties and oppositions alike, who are willing to put aside ideology and regard China as a true and sincere friend.