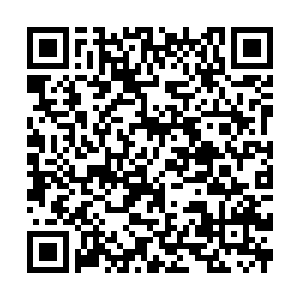 "Who is the champion, who is my imaginary enemy," Zhang Weili (19-1-0) told CGTN, with a serious look and firm tone, at her Black Tiger training camp in Beijing, less than two months away from her Ultimate Fighting Championship (UFC) women's strawweight title fight against Brazil's Jessica Andrade (20-6-0).

When UFC President Dana White decided in mid-June to organize this bout, everyone – including Zhang – was taken aback. MMA fans worldwide wondered how this 29-year-old UFC newcomer, who had just three matches in total in the Octagon, suddenly became a championship contender. 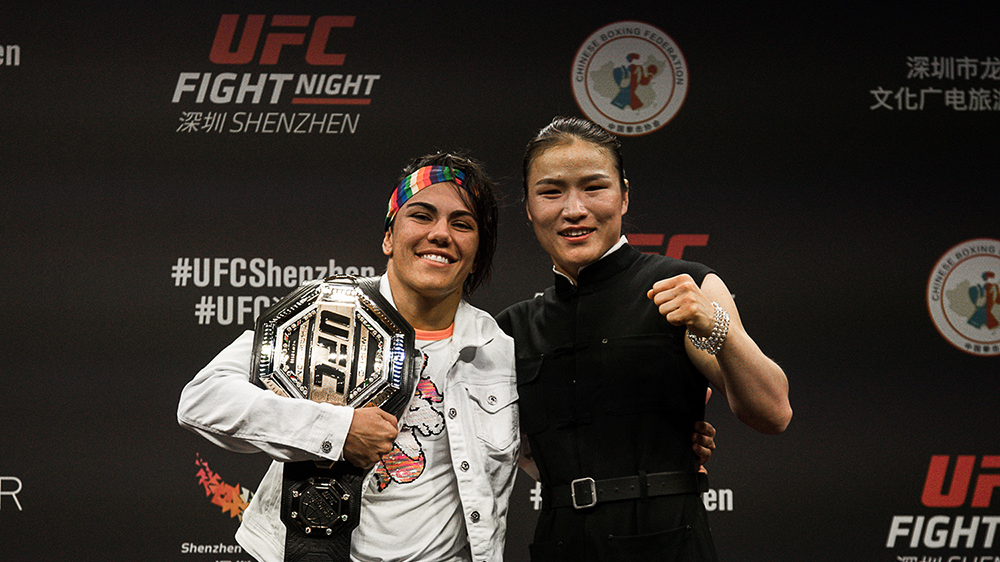 Born in north China's Hebei Province, Zhang Weili naturally had a keen interest in "wushu" (martial arts in Chinese) as her hometown of Handan City is the cradle of Yang Family Taichi, an important genre of Chinese kung fu.

At the age of six, her mother sent her to learn traditional Chinese martial arts with an old local kung fu master, and dug a pit in their yard to let her practice high jumps.

Her father also gave his daughter a lot of support and used the pole from a shovel to make her a martial stick. The young lady loved it so much that she took it everywhere and would even hold on to it when sleeping. 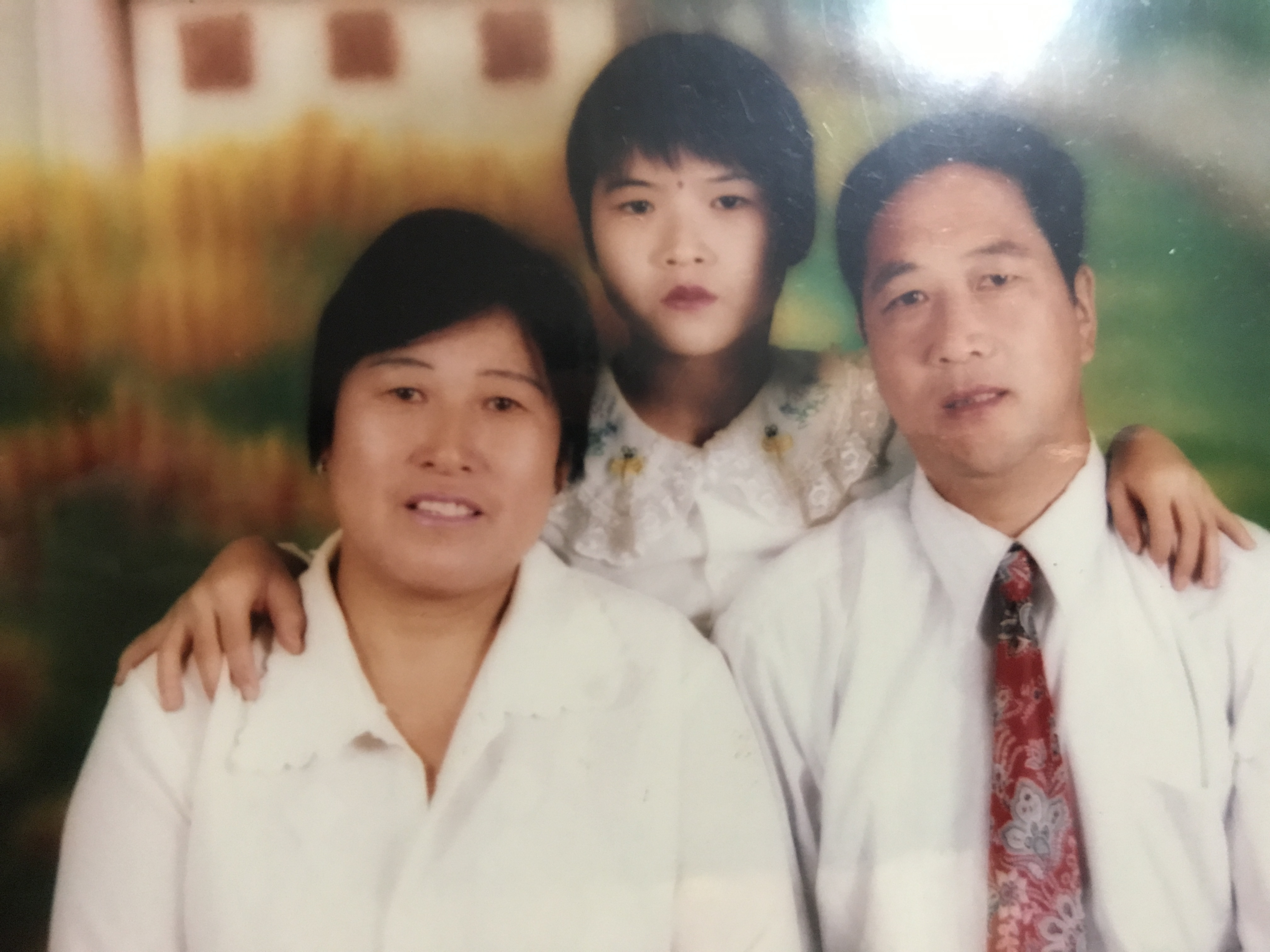 Zhang Weili and her parents in her childhood. /Courtesy of Zhang Weili

Zhang Weili and her parents in her childhood. /Courtesy of Zhang Weili

That was the start of her love for mixed martial arts (MMA), but she wasn't fully aware of it during childhood and, instead, she spent her time dreaming about being able to fly one day, just like the actors in martial art movies do.

Thanks to her three years of kung fu practice, Zhang developed a good physical constitution and had an aptitude for athletics, football, table tennis and other sports in primary school. Seeing this success, her parents sent her to a specialized wushu school at 12 years old. 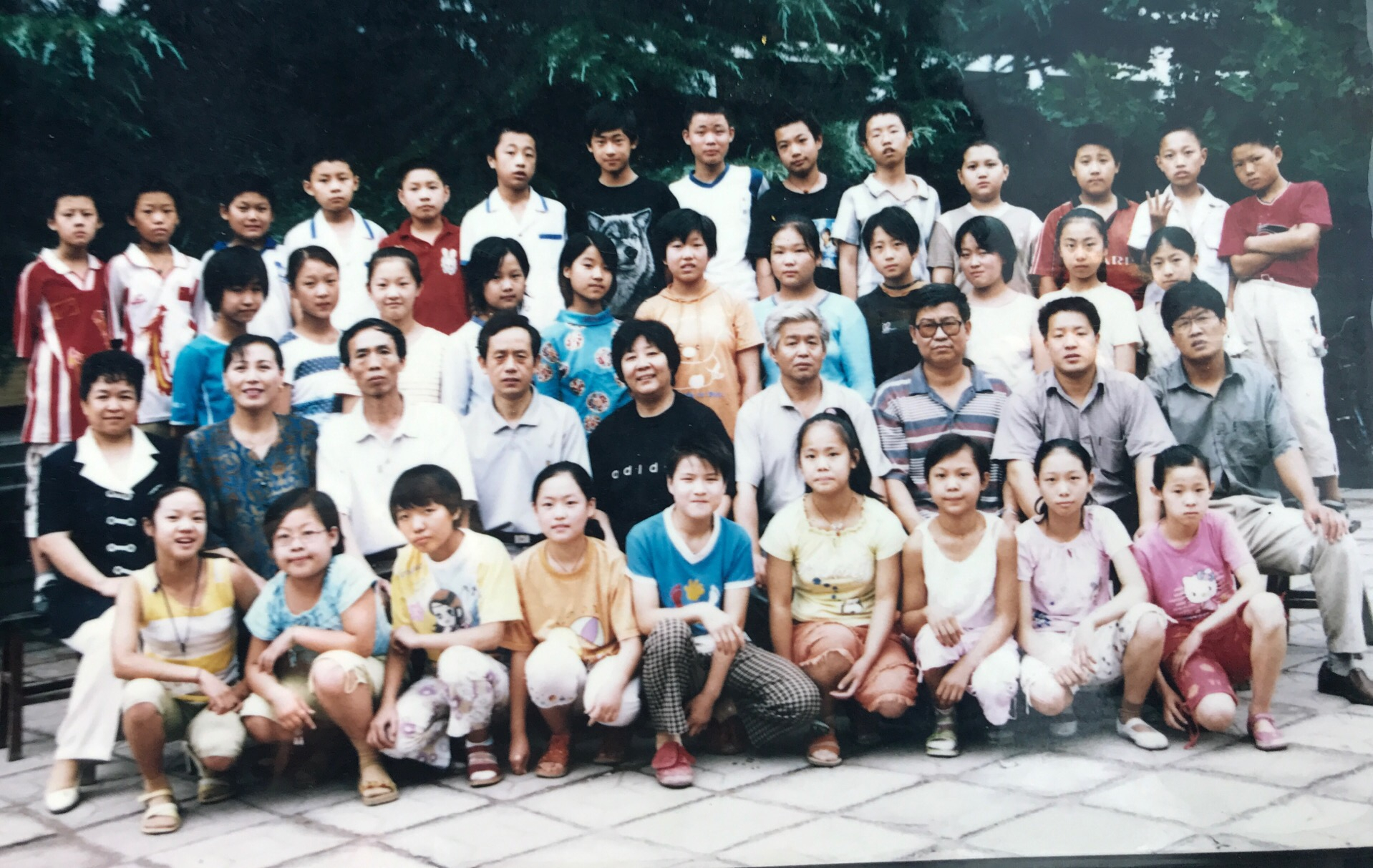 Quickly after entering the wushu school, Zhang Weili started to learn the hardship that comes with a life dedicated to the martial arts. She would cry when calling her mom, but the tough-minded woman told her daughter to be responsible for her own decisions - if she wouldn't, she wouldn't come for a visit.

Spurred by this, she committed to learning sanda, an attack-heavy kickboxing-esque style of Chinese martial art, and a popular practice for Chinese fighters in the era before MMA arrived to China.

The students had to get up at 4:30 a.m. to train for two hours before their morning lessons, then train in the afternoon and sometimes again at night, six days a week. Thus, watching TV on Monday nights with hundreds of her schoolmates became a defining moment for Zhang in her grinding daily life as a youth. 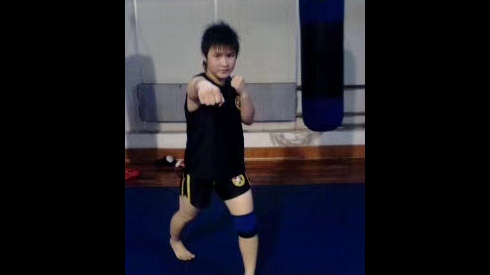 After winning the Hebei Province sanda championship several times, she was selected by the Jiangsu Province sanda team, but got severely injured two years later.

Now, when Zhang thinks back, she believes her injury was not that serious and could have been easily cured if the medical staff = had used some advanced methods.

However, it was neglected by an unprofessional doctor, and it forced her to quit her fight career, meaning she had to drop out of the national competition even though she was already registered - an incident that caused deep regret.

Her parents knew how hard she had worked for her martial arts dream, and sincerely hoped she could continue her sanda career, but her injury dashed the hope of whole family.

They suggested she should learn hairdressing, but that didn't suit her competitive personality, so they allowed the 17-year-old girl to go to Beijing and looking for other opportunities.

In her early 20s, she worked as a supermarket cashier, kindergarten teacher, hotel desk clerk and took many part-time jobs to make a living in the capital city.

She struggled through this time of instability but managed to stay focused and self-disciplined, and she remained committed to basic training. 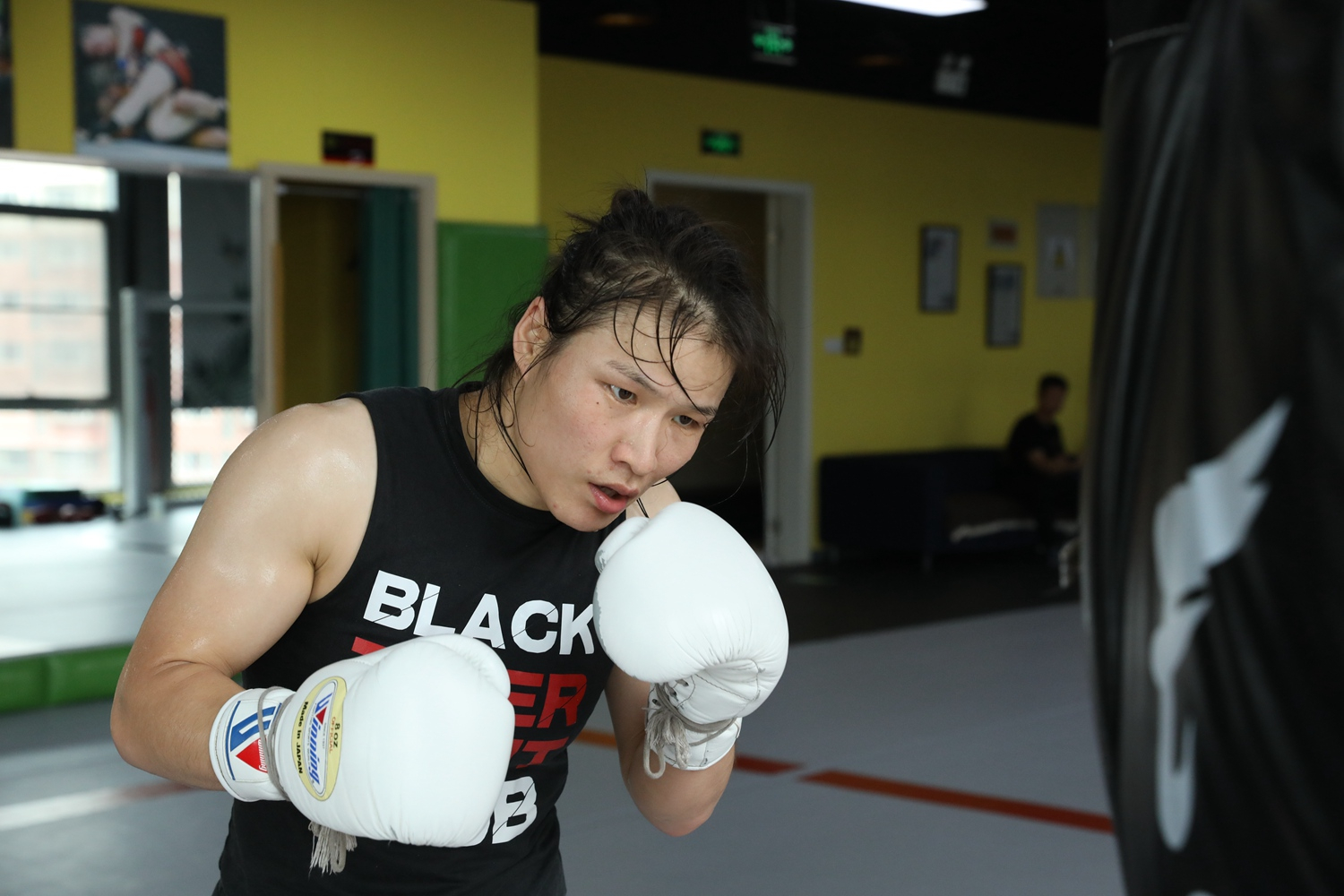 Training at the Black Tiger Fight Club in the Shunyi District of Beijing, 2019. /CGTN Photo

Training at the Black Tiger Fight Club in the Shunyi District of Beijing, 2019. /CGTN Photo

Fatefully, in 2010, Zhang Weili went to a local Beijing gym and was so amazed by their beautiful ring that she signed up to work as one of the staff, on the proviso that she would be allowed to use the equipment for free.

She met her idol Wu Haotian at the gym on her first day working there, and Wu, one of China's MMA pioneers, inspired her and helped her learn more about the burgeoning sport.

She watched them practicing their diverse martial arts skills, but just couldn't decide if she wanted to learn with them, because there were so few female MMA fighters back then - especially in the Chinese market. 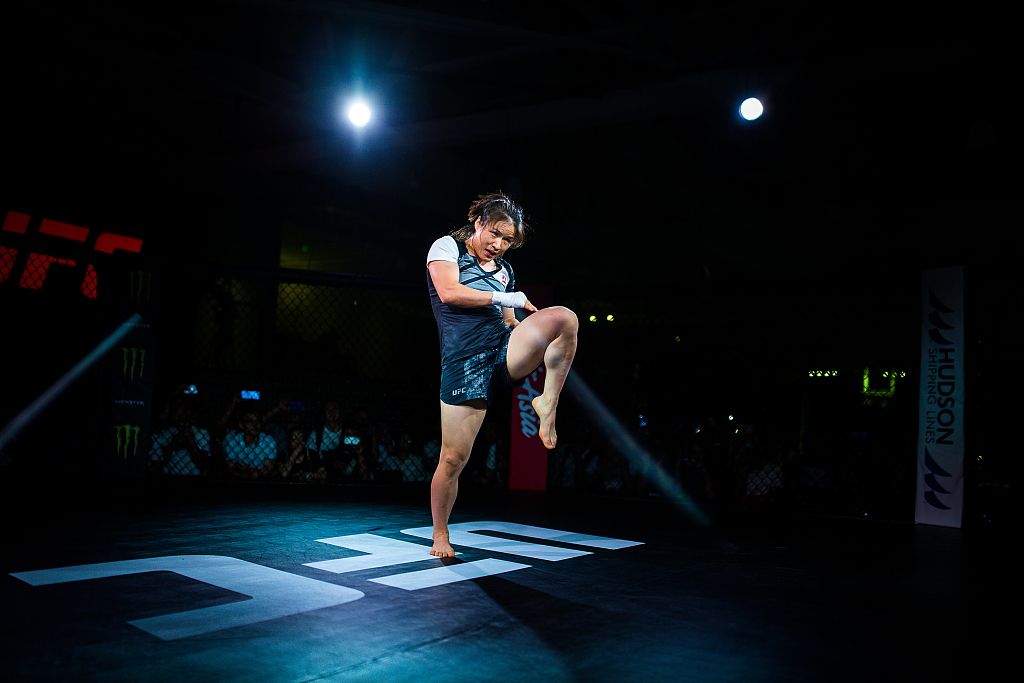 She still trained twice a day – once before and once after her shift – and in 2012, she saw a female MMA match that lit a fire in her heart and made her think: "I also want to do that."

Less than a year later, on February 23, 2013, was the first-ever women's fight in UFC history, in which Strikeforce (bought by UFC in 2011) Women's Bantamweight Champion Ronda Rousey successfully defended her belt against Liz Carmouche.

The fight was a watershed moment in MMA, and the rise of female MMA has been inexorable ever since, producing globally recognized stars such as Meisha Tate, Joanna Jedrzejcyzk, Amanda Nunes, Valentina Shevchenko – and now, Zhang Weili. 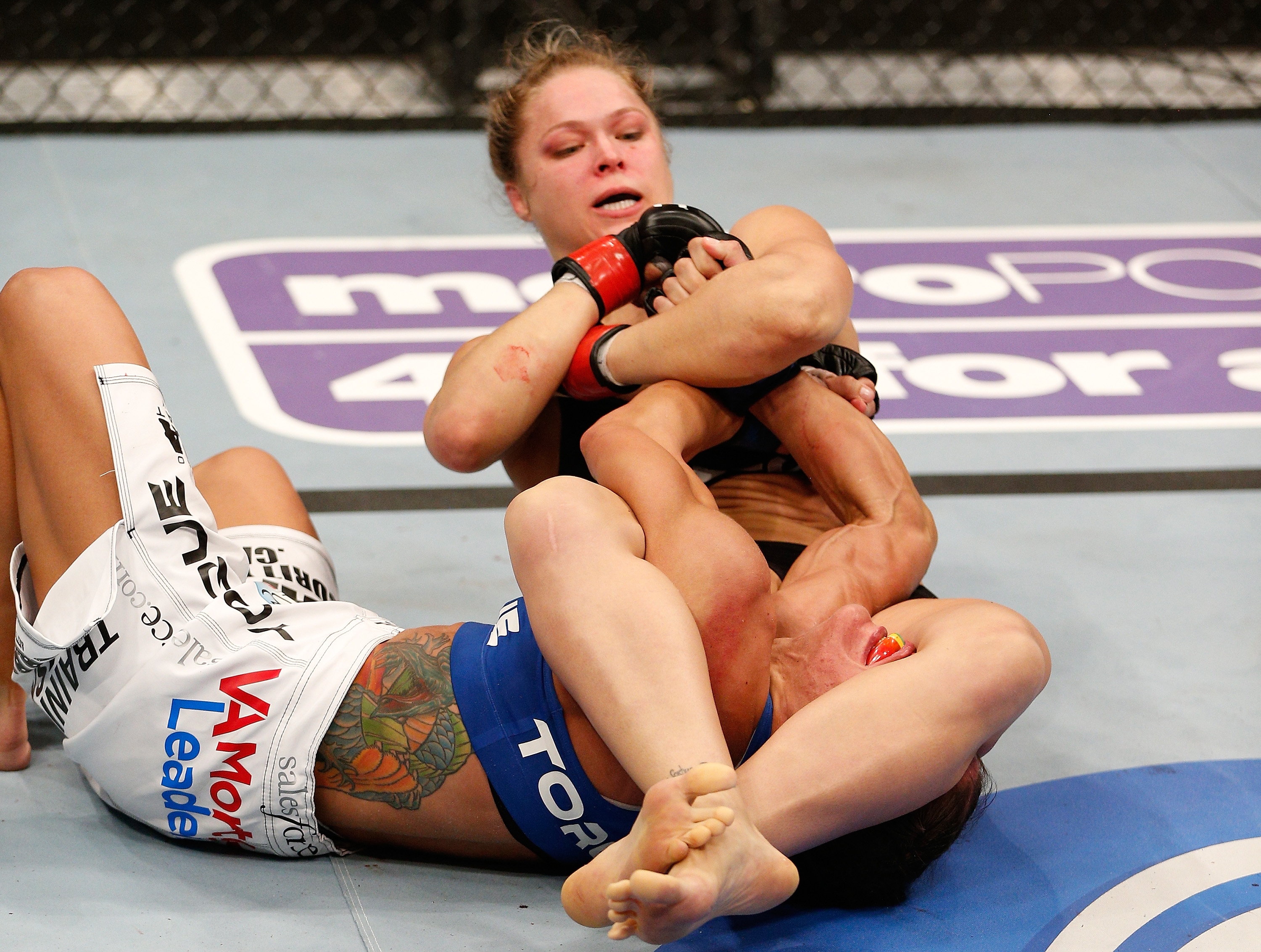 In the two years after that moment, Weili did two hours of MMA training every morning at the China Top Team (CTT) club before commuting to her working gym to be on duty at 1:00 p.m.

This double life of being a fighter in the morning and gym staff in the afternoon was caused by the poor payments for primary fighters.

In 2014, Zhang Weili signed with China MMA League and faced Meng Bo in a fight that, so far, is the only loss in her MMA career.

"It was my first MMA match, and it was stopped too early by referee," she said. "Since then, I've developed an awareness for finishing the game by myself."

Spurred on by the loss, she resigned from her gym job to to focus on fighting full time - but then fate got involved again, and she got another severe injury to her waist.

She stopped fighting completely and coached part-time to pay her bills.

That spell was deemed "the darkest moment of my life" by Zhang, but one day, Cai Xuejun, her subsequent agent and current business partner, helped her get out.

Fighting on the world's grandest stage

Cai is an ad person and, at that time, was one of the main investors in the CTT club. When he noticed Weili was no longer training, he contacted with her and found a sport doctor who could cure her.

He also gave her a place to live in his newly established club, Black Tiger, as well giving her a job offer there.

Nine months later, Weili returned to fighting, but didn't find any fights to get involved in. She was even informed, just after signing a contract and in the middle of cutting weight for her first comeback fight, that the event was cancelled.

Nevertheless, this unfortunate scenario created an opportunity for pioneering Chinese MMA promoter "Joe" Qiao Bo who recommended her to Kunlun Fight at the end of 2015, and she made an incredible debut by knocking her rival out in three minutes. It was a calling card for the industry and, since then, fights have always been available. 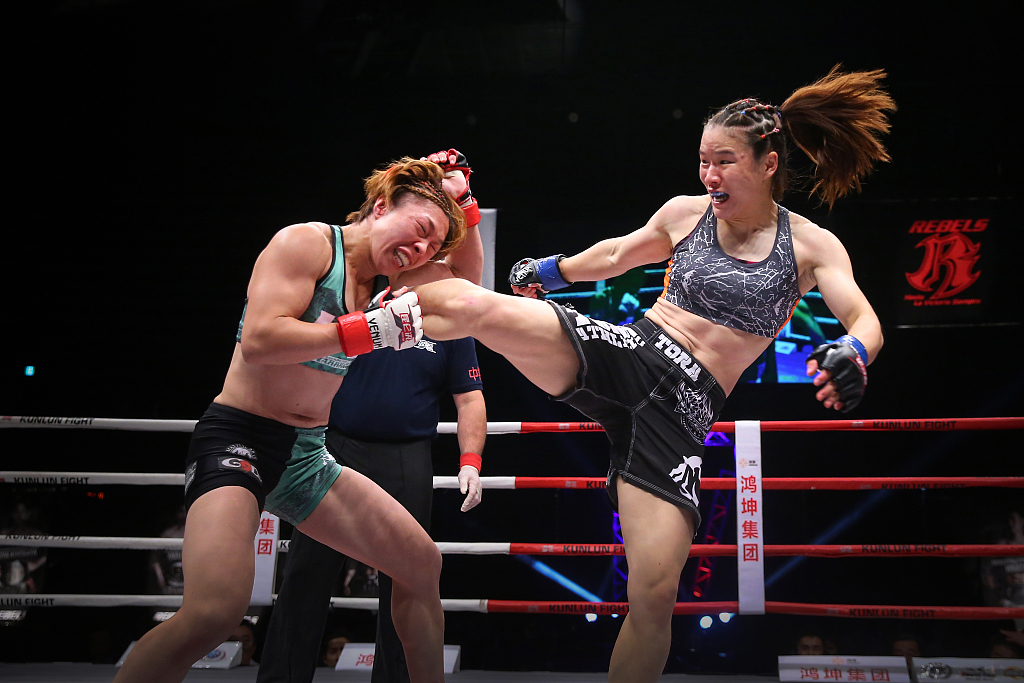 Zhang Weili bagged a winning streak of 16 MMA fights before signing with UFC, and in the only three Octagon fights, beat Danielle Taylor, Jessica Aguilar and Tecia Torres, shooting up to No.6 in the UFC women's strawweight division in the process.

But these victories are founded on millions of punches and kicks at bags; takedown and submission drills with trainers, and a countless amount of blood, sweat and tears.

The "Chinese Wonder Woman" has been unbeaten since her first fight, and as the wins came in, potential opponents started finding reasons not to fight with her. That's the main reason why Dana arranged this title match for Shenzhen Fight Night.

Canadian ex-fighter Vaughn Anderson, who has been active in Chinese MMA for over a dozen of years, when talking about "Xiao Pang" (Weili's nickname, which directly translates as "Little Fatty"), said that, "She is humble, brave, diligent, and hasn't changed her lifestyle after being famous. This is the mindset of a true champion."

Zhang also told CGTN, "I'm a person who's a little bit stubborn. I'd like to knock out my opponents with their adept skills."

Just like no one bet that Andrade would beat Rose Namajunas to ascend to the throne, Zhang Weili may shock the world and take the title; an achievement that she truly deserves.