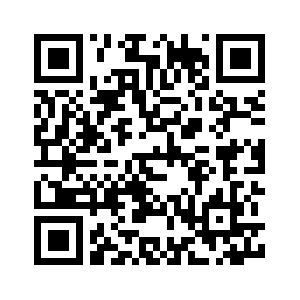 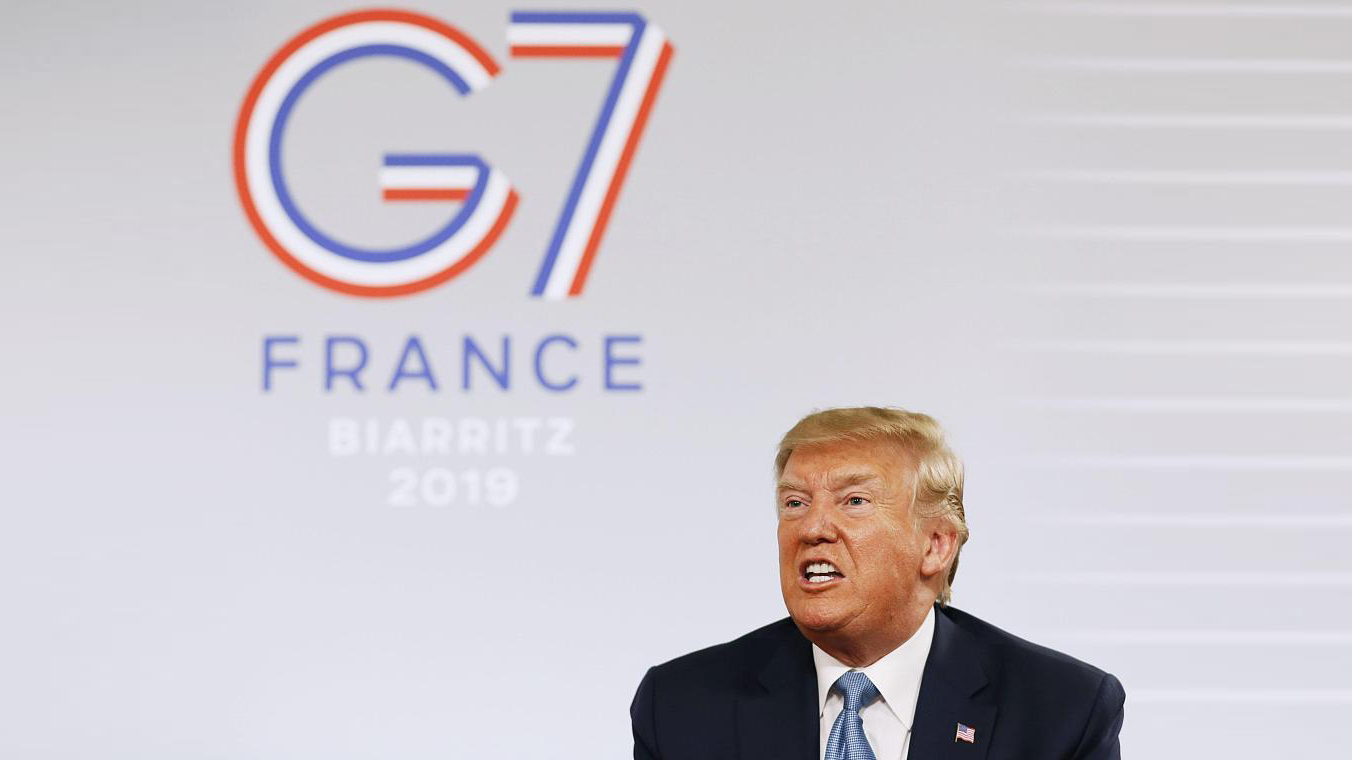 Editor's note: James DeShaw Rae is a professor from California State University Sacramento. He was also a Fulbright Scholar at Beijing Foreign Studies University from 2017 to 2018. The article reflects the author's opinion, and not necessarily the views of CGTN.

This is likely the last time President Donald Trump will attend a G7 meeting in Europe. He clearly feels great displeasure at such forums and has not been able to dictate the agenda while standing toe to toe with other major world leaders. So, this may be the last time he has to meet with the six allied heads of state on foreign soil, which probably suits his preferences in any case.

Why? Just possibly Trump will try to buy Corsica, or Sicily, or Okinawa, or Newfoundland, or the Isle of Man, or Hiddensee. And when fellow G7 heads-of-state incredulously call it absurd, he will choose not to attend.

Or perhaps next time, President Trump will get his wish and Russia will be reinstated and the organization will once again be a G8. And that will be that for the G7. For Trump it is important to have President Vladimir Putin's views on Iran and Syria included, both of which run counter to American interests.

Of course, the United States did not appear able to persuade the other democratic countries to accept Russia back, so Trump may not have any friends present a year from now.

Germany Chancellor Angela Merkel is nearing the end of her term but will still attend; she is facing down U.S. tariff threats on German automakers and has never had a rapport with Trump or cared to.

French President Emmanuel Macron is unpopular at home and his inclusion of Iran's Foreign Minister did not seem to move the American side toward a resolution on easing sanctions over the country's oil, nor did his efforts to prioritize climate change or specifically highlight fires in the Amazon rain forest win any plaudits. 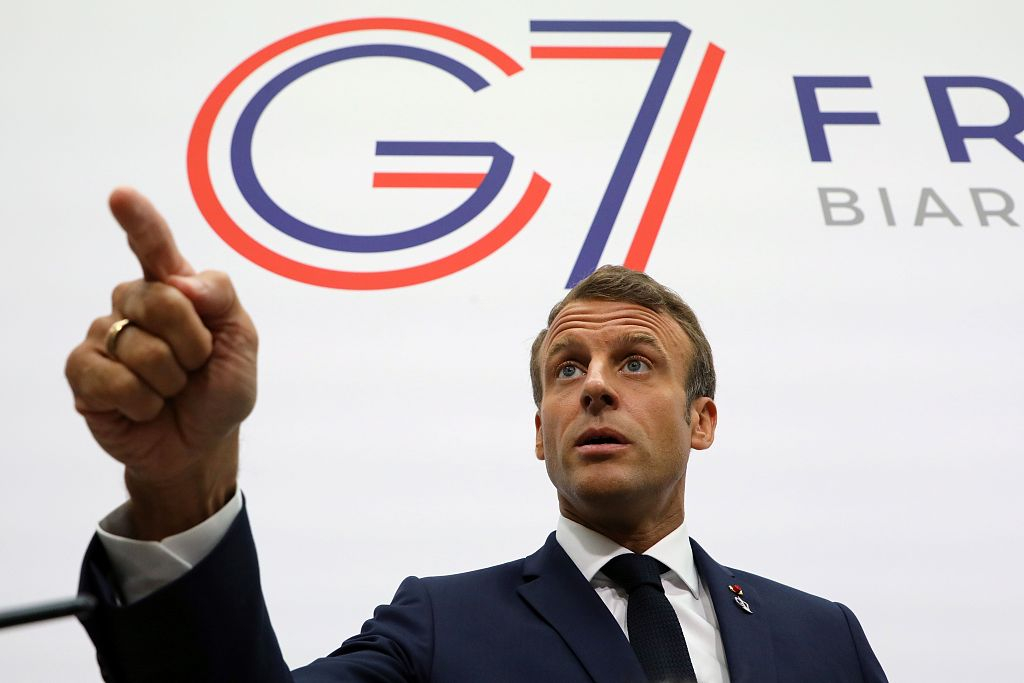 France's President Emmanuel Macron gestures as he speaks to the press after a plenary session at the Bellevue centre in Biarritz, south-west France, August 25, 2019. /VCG Photo

France's President Emmanuel Macron gestures as he speaks to the press after a plenary session at the Bellevue centre in Biarritz, south-west France, August 25, 2019. /VCG Photo

Trump said the French can talk to whom they want to but did not signal any support for a new deal on any piece of the Iran nuclear issue.

We will know sooner who's coming from Canada, where Prime Minister Justin Trudeau faces a very challenging pathway to win re-election this autumn. Trump has previously expressed his disdain toward Trudeau including after leaving the last G7 in Quebec.

Italy's Prime Minister Giuseppe Conti spent one year in office and was a lame duck arrival to Biarritz; since he has already resigned, he shall not be present next year but did express his displeasure toward potential tariffs on Germany.

Japan's Prime Minister Shinzo Abe appears firmly entrenched in power with new elections looming as well. While some positives arose in the possibility of a bilateral trade deal with the United States, Abe was disappointed that Trump's ongoing friendship with DPRK leader Kim Jong Un led to his ignoring of the latest missile launches which Abe considered to have violated UN Security Council resolutions.

Even the supposed British Trump, new Prime Minister Boris Johnson with his pro-sovereignty agenda did not express any support for the American president, instead advocating 'trade peace.' No wonder President Trump said he second guesses himself on the trade war, virtually nothing substantial or even amicable has really come out of any G7 he has graced.

In fact, next year Trump will not have to travel to Europe in any case since the United States is due to host. By then, he will likely be in full campaign mode and who knows how chaotic that event will be. 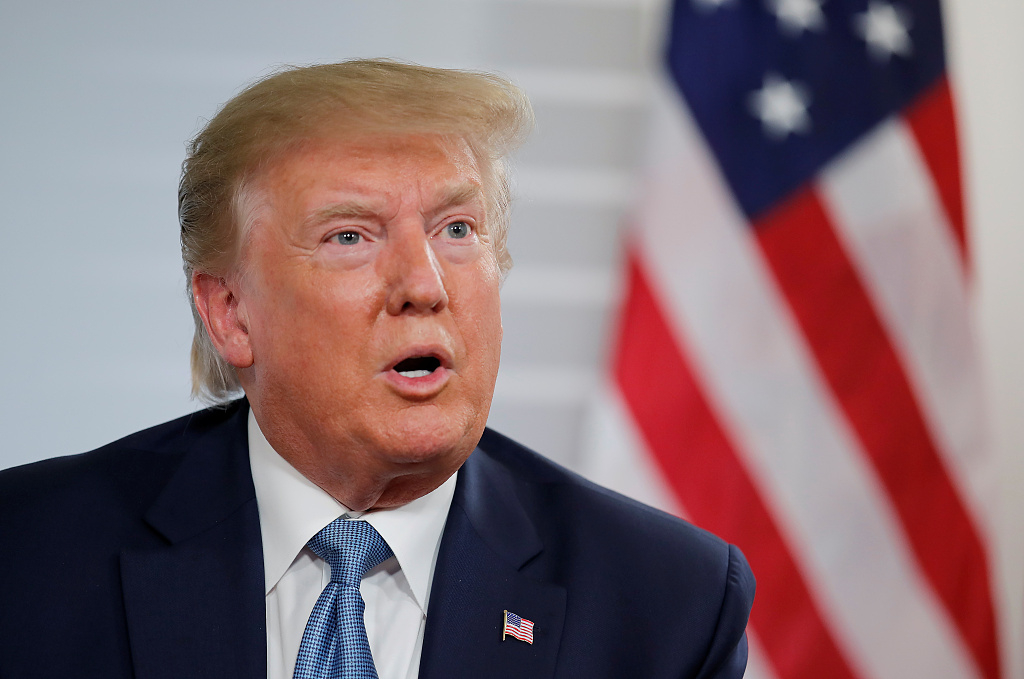 What if he does not make further interest rate cuts? Since Trump already 'hereby ordered' American businesses out of China, he may simply order them all directly back home for an encore. Many American businesses are bristling at the proposition, some are preparing for the ongoing reality of escalating tariff threats.

Since using a claim of national emergency worked so well to build a yet incomplete (or nearly even begun) wall on the American southern frontier, perhaps using one to take over American businesses private foreign investment decisions will be next since he was chosen from upon high to fight this trade war. Of course, 'disloyal Jews' may not vote for this, even if those in Israel consider him a king.

The more likely reason that he will attend another G7 meeting in Europe is because he will not be re-elected president in 2020, and despite his ruminations that he may stay in power for another four, eight, or 12 years, he will depart in January 2021. The bizarre behavior of this past week has verified for this observer that reality.

After he is gone, we do not know that America will return to business as usual, or even that the China-U.S. trade acrimony will abate. But the G7 and other key players, indeed the world, are now waiting out the clock.

The next G7 will be a wild one; one last rodeo for the apprentice, never to be the professional.