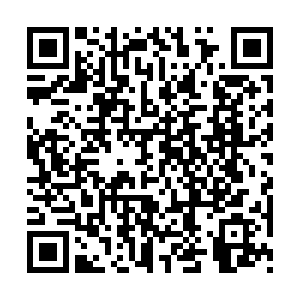 Report shows that U.S. companies and their affiliates operating in China sell nine times more than their Chinese counterparts sell in the U.S., according to Gavekal Dragonomics, a research firm. Waging a war in the tech field and isolating its partners in tech cooperation appears to have backfired on the U.S.

One notable example happened in May when Washington placed Huawei on the entity list, banning U.S. companies from trading with the Chinese firm. While the temporary general license came four days later, the lack of clarity from the U.S. side raised confusion among companies and disrupted their business with the Chinese giant substantially. Many of Huawei's U.S. suppliers has seen revenue drop caused by the disruption.

In written submissions to U.S. Commerce Department following the ban, companies like Google and Microsoft voiced concerns that the export controls will bar them from competing in lucrative markets while reducing America's capacity to innovate. Their worries have played out in reality.

Qualcomm gains 65 percent of its revenues from China. The company says its income in 2019 will go down to its lowest point in seven years

Micron, Qorvo and Broadcom derive about half of their global revenues from China. Broadcom, for instance, sold 900 million U.S. dollars-worth of chips to Huawei in 2018. Trade uncertainties made the company scrap predictions of a revenue rebound later this year.

Micron CEO Sanjay Mehrotra noted that Huawei was Micron's No. 1 customer, and that the ban cost the company as much as 200 million U.S. dollars in missed sales during the third quarter.

In a report published in May, researchers at the Information Technology and Innovation Foundation (ITIF) warned that a crackdown on U.S. tech exports would put as much as 56 billion U.S. dollars in exports and 74,000 jobs at risk over five years.

Efforts in isolating other countries is hurting U.S. tech companies' competitiveness and their ability to innovate. China is making more rapid progress in Artificial Intelligence (AI) than either the U.S. or the EU, data from ITIF shows.

China has taken a global lead in AI adoption and data collection, the report said.

By estimation, over 525 million Chinese individuals have made a mobile payment in 2018, compared with 55 million in the U.S.

The report shows that even though the U.S. is leading in AI research, China is catching up by producing higher-quality research.

A recent analysis of AI papers by the Allen Institute for Artificial Intelligence suggests China will surpass the U.S. in producing papers ranked in the top 10 of all AI research papers by 2020.