Fresh wave of tariffs from both China and U.S. takes effect
CGTN 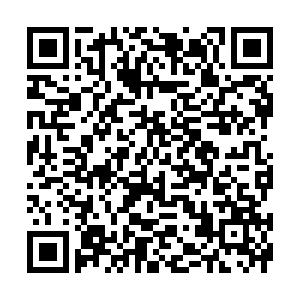 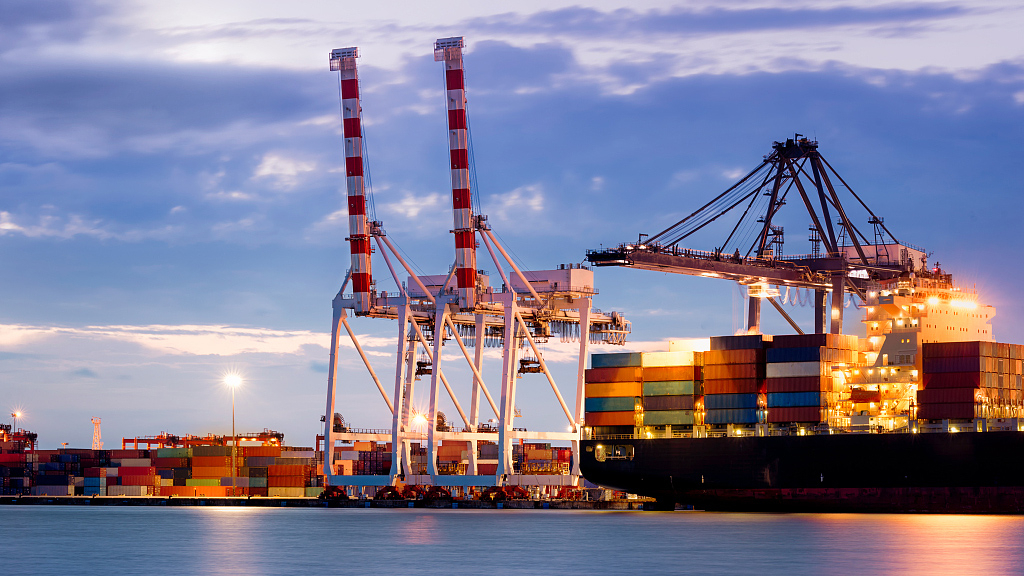 A fresh wave of tariffs has been imposed on a portion of 300 billion U.S. dollars' worth of Chinese goods to the U.S. at noon on Sunday. Meanwhile, China's first batch of retaliatory tariffs of either 10 or 5 percent on 75 billion U.S. dollars of U.S. goods also went into effect.

A separate batch of Chinese goods is set to be hit with 15 percent duties on December 15. The 15 percent tariffs – which is in addition to the 25 percent tariffs already in effect – essentially covers all of China's exports to the United States.

Negotiators from both countries have planned to meet again early this month (September) in the U.S. China's Ministry of Commerce said that the new round of U.S. tariffs will not be conducive to beneficial trade talks. It expressed hopes the U.S. can return to normal bilateral trade, on the basis of "fairness" and "mutual respect," rather than "continuing conflict." 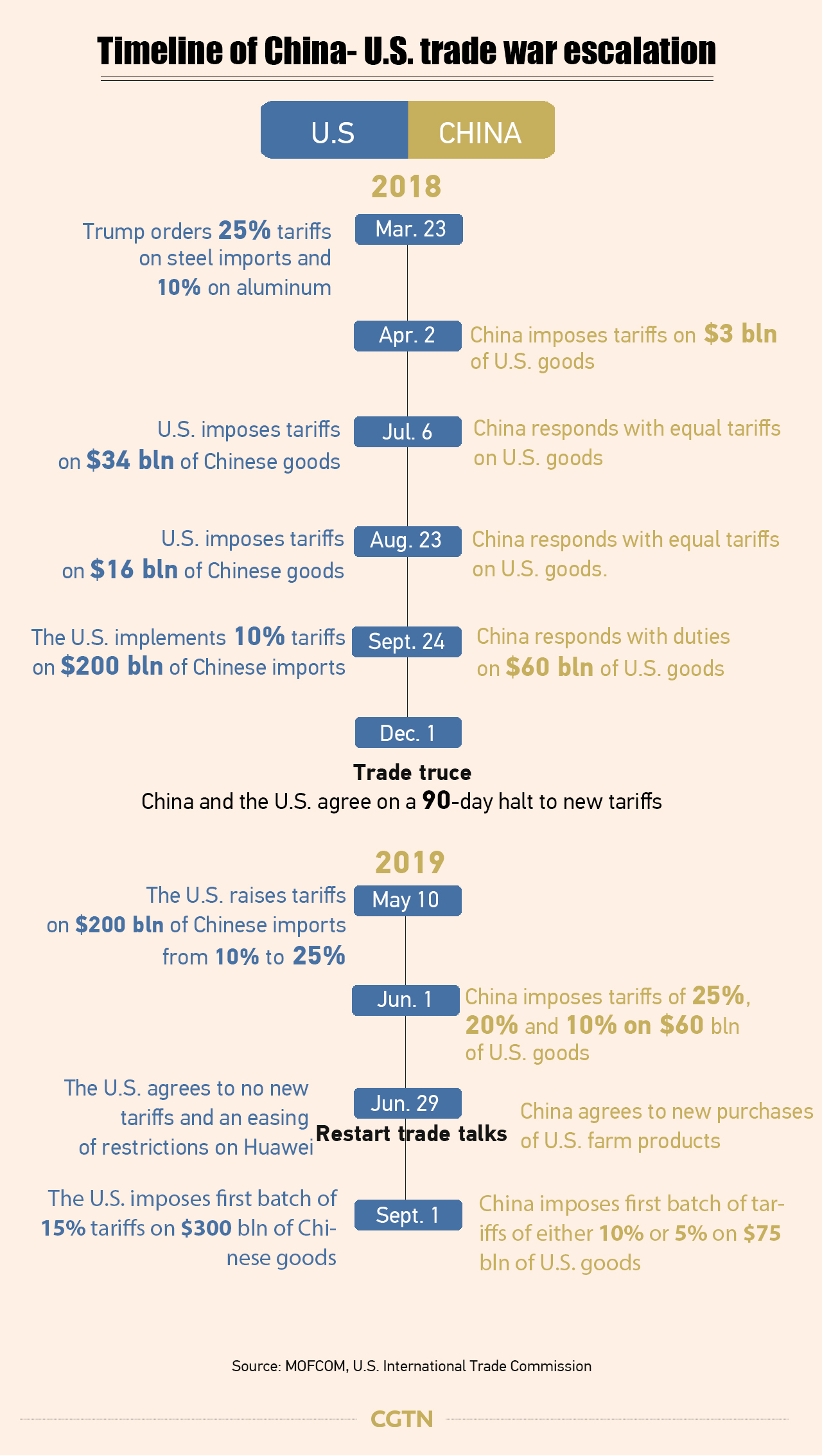 Trump's tariff strategies have hurt the confidence of U.S. consumers. A recent survey conducted by the University of Michigan shows the U.S. consumer confidence index had its biggest monthly decline since December 2012.

The index fell 8.6 to 89.8. Analysts say tariffs are the main reason as they have led to rising uncertainties and reduced expenditures.

Personal consumption expenditure accounts for about 70 percent of the U.S. economy. It is the main engine of U.S. economic growth and a key pillar of U.S. market confidence. 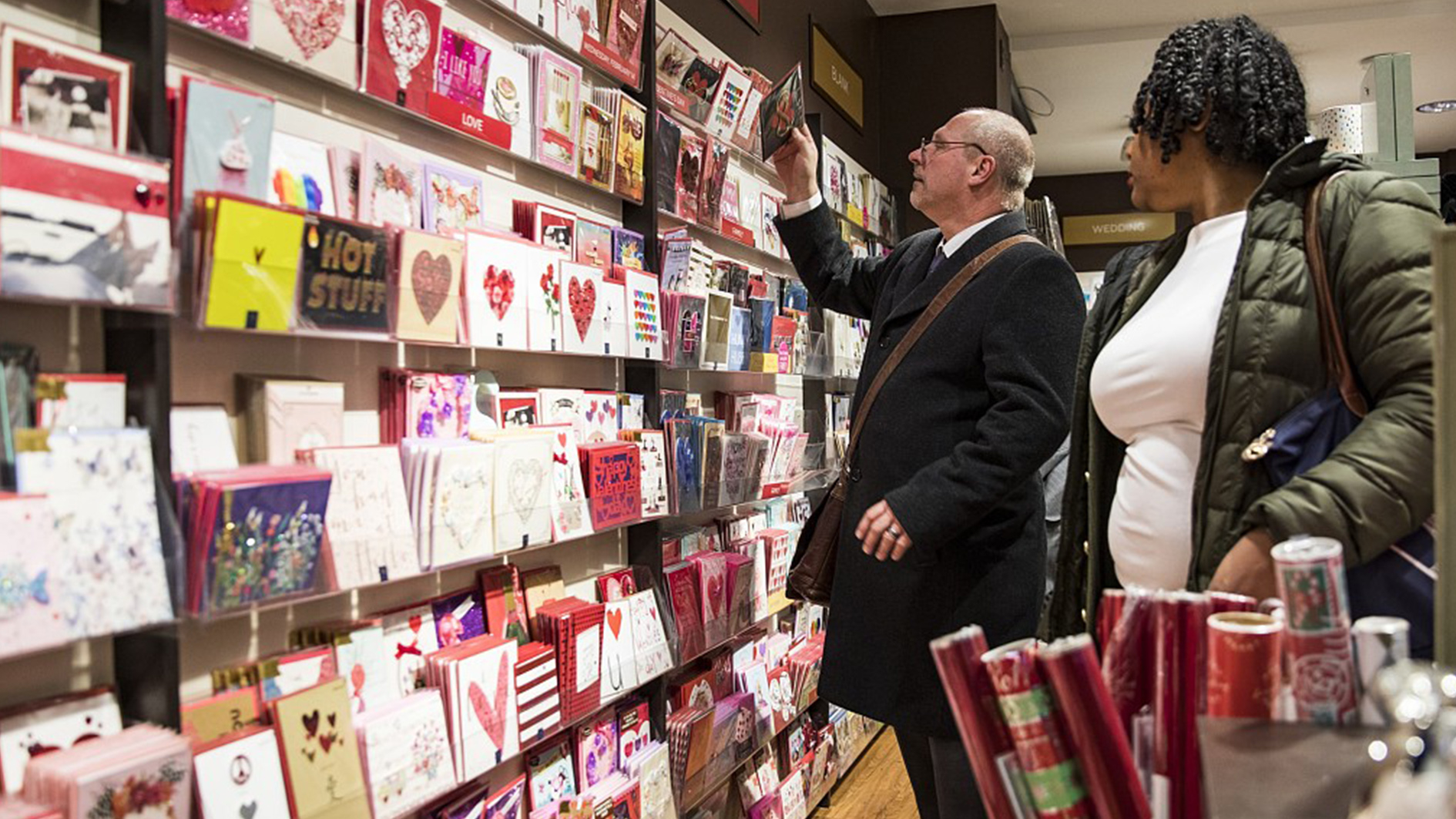 Signs of slowing on incomes and savings

In addition to tariffs, personal income growth in U.S. is also showing signs of slowing. Data from the U.S. Department of Commerce shows that personal income rose by 0.1 percent annually in July, which is the smallest increase since September last year and also a significant drop compared to 0.5 percent in June. 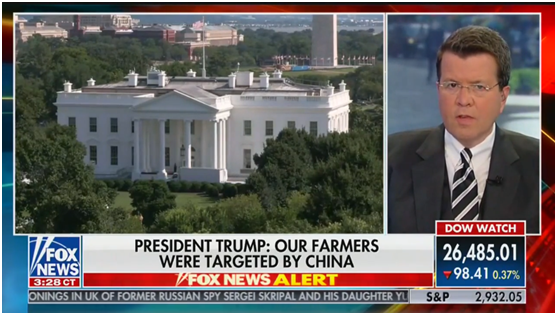 Regarding Trump's proposed new tariffs on 300 billion U.S. dollars' worth of goods from China, Cavuto said on his TV program that "Just to be clarifying here, China isn't paying these tariffs, you (American consumers) are."

According to J.P. Morgan, the average American household will have to pay 1,000 U.S. dollars more per year as a result of the newest round of tariffs on Chinese goods.