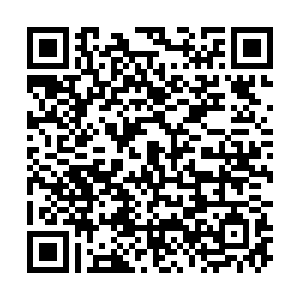 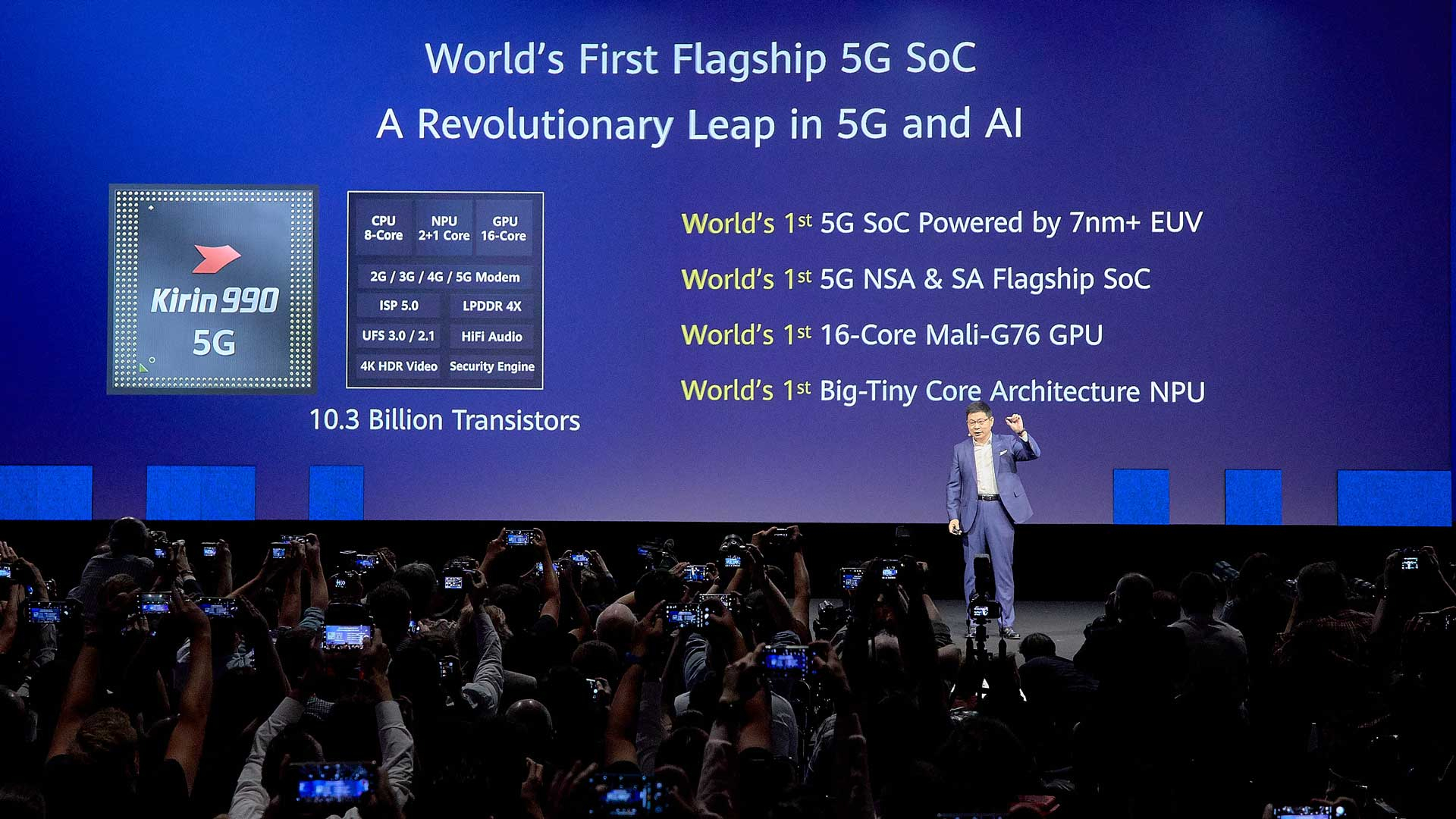 Huawei's head of consumer business Richard Yu shows the Kirin 990 5G chip at the IFA in Berlin, Germany on September 6, 2019. /Photo from Huawei

Huawei's head of consumer business Richard Yu shows the Kirin 990 5G chip at the IFA in Berlin, Germany on September 6, 2019. /Photo from Huawei

Chinese smartphone giant Huawei, which has been under heavy attack from the U.S. government during the last few months, just revealed its next-generation smartphone system-on-a-chip (SoC) product "Kirin 990 5G," signaling the company's business is not stalled by foreign strangling.

The launch event was held simultaneously at IFA electronic show in Berlin, Germany, and in Beijing on Friday.

In his keynote speech, Huawei's head of gadgets Richard Yu told the press that the chip is more advanced than other flagship smartphone SoCs, because it has a built-in 5G modem.

Current rivals of the chip, like Qualcomm's Snapdragon 855, have no 5G modem and have to rely on an extra chip to support 5G. 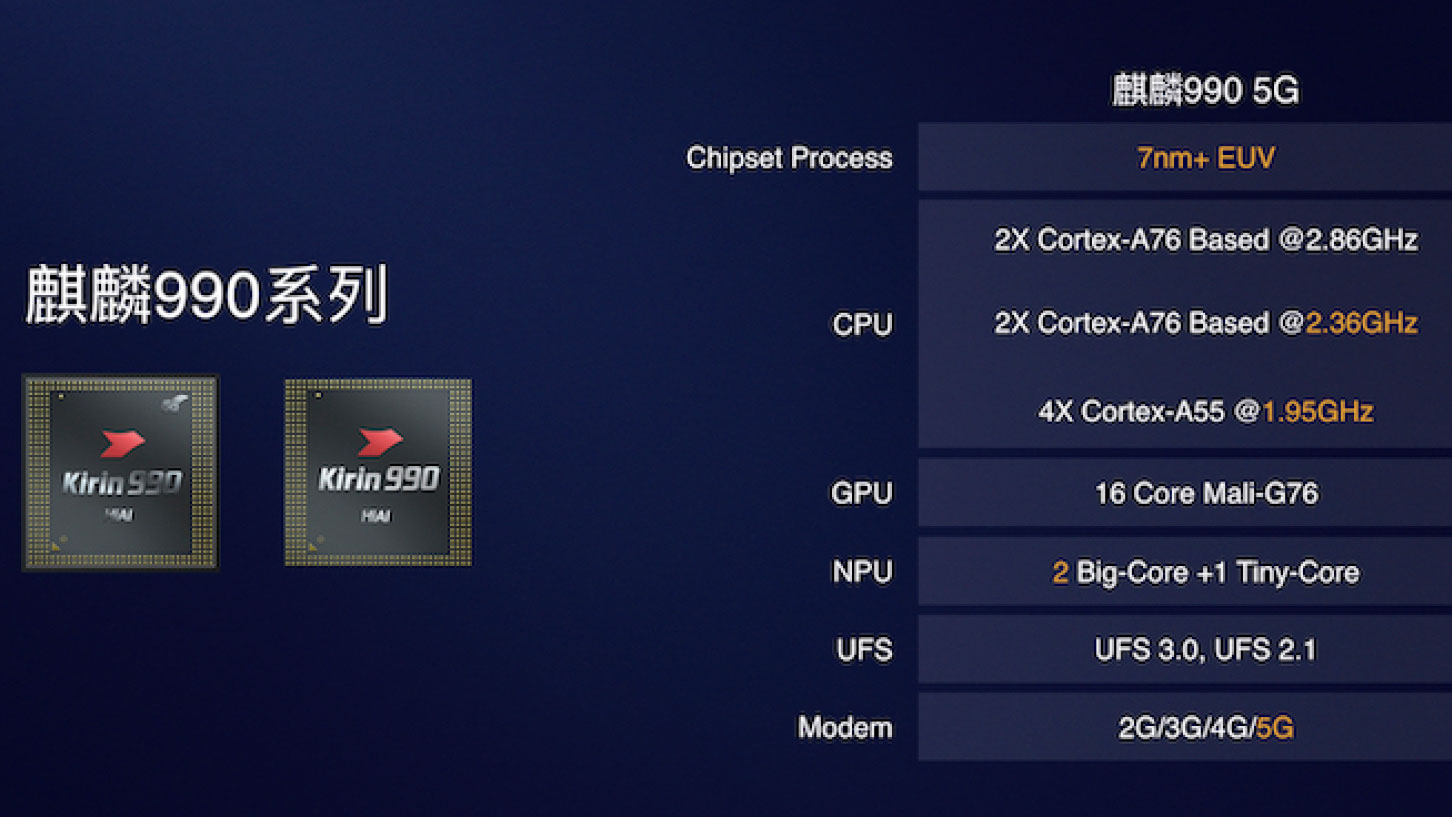 "The Kirin 990 is not only an SoC and a 5G modem glued together. We put a lot of effort in integrating the two chips. So the new chip uses less power and generates less heat while getting the job done," said Huawei fellow Ai Wei before the launch event.

The whole Kirin 990 5G chip is so dense that it contains 10.3 billion semiconductors, the first and largest of its kind.

The chip also features three AI cores, two larger than the other smaller. This design, first in smartphones, saves battery power by only using the small core to process simple AI tasks, while resorting to the larger cores for more complex jobs.

The company named the cores "Ascend Lite" and "Ascend Tiny" to relate the cores to Huawei's new, self-proclaimed "fastest AI training chip in the world," the Ascend 910.

Huawei built a showcase at the Beijing launch event to demonstrate the chip's AI power. They showed a FaceID-like face recognition feature in a Kirin 990-powered developer board that can work when the person is four meters away from the phone, times further than Apple's current product.

Another example is AI-based video quality improvements, which takes in a low quality video and render a better one. Objects in the rendered video have much sharper edges. Huawei technicians refused to explain how they made it, but the underlying tech seems to be object recognition, content-based pixel generation and noise reduction, since these are the tricks AI does well.

Huawei's P30 Pro smartphone, together with the Kirin 980 chip, has taken "smartphone zoom to the next level," according to third-party review site DxOMark. The phone was on top of all smartphones when it comes to photography in DxOMark's ranking. The Kirin 990 is packed with more graphic features to continue Huawei's dominance.

The frame rate settings on Huawei's P30 smartphone. Note the settings can only be set at 30 fps when 4K is selected. The 60 fps option is only available when resolution is turned down to 1080p. /Screenshot by CGTN

The frame rate settings on Huawei's P30 smartphone. Note the settings can only be set at 30 fps when 4K is selected. The 60 fps option is only available when resolution is turned down to 1080p. /Screenshot by CGTN

"Porting an algorithm from DSLR to smartphone may be easy. But getting the program to run fast enough can be hard for any phone maker," Ai told CGTN Digital.

The design of Kirin 990 is still based on technology Huawei bought from British tech company ARM, used by several mainstream brands.

After the U.S. began imposing restrictions on Huawei, ARM cut ties with the Chinese phone maker. Despite this, Huawei has been able to use and modify AMRv8 technology thanks to its permanent ARM license. Hence why chips like Kirin 990 can still be legally built and sold.

In addition to ARM, there are other major smartphone tech companies cutting ties with Huawei, forcing the Chinese company to create its own alternatives. After Google announced to bar Huawei phones from installing their apps, Huawei started porting its IoT system "Harmony" to smartphones.

But Huawei still wishes to use technologies from all over the world. As Ai Wei explained at the launch event, "Huawei will not deliberately remove all U.S. tech from its smartphones. But when the supply from U.S. was cut, Huawei has to find a way to survive."

"That's why Huawei chose to create its own technology," Ai added. 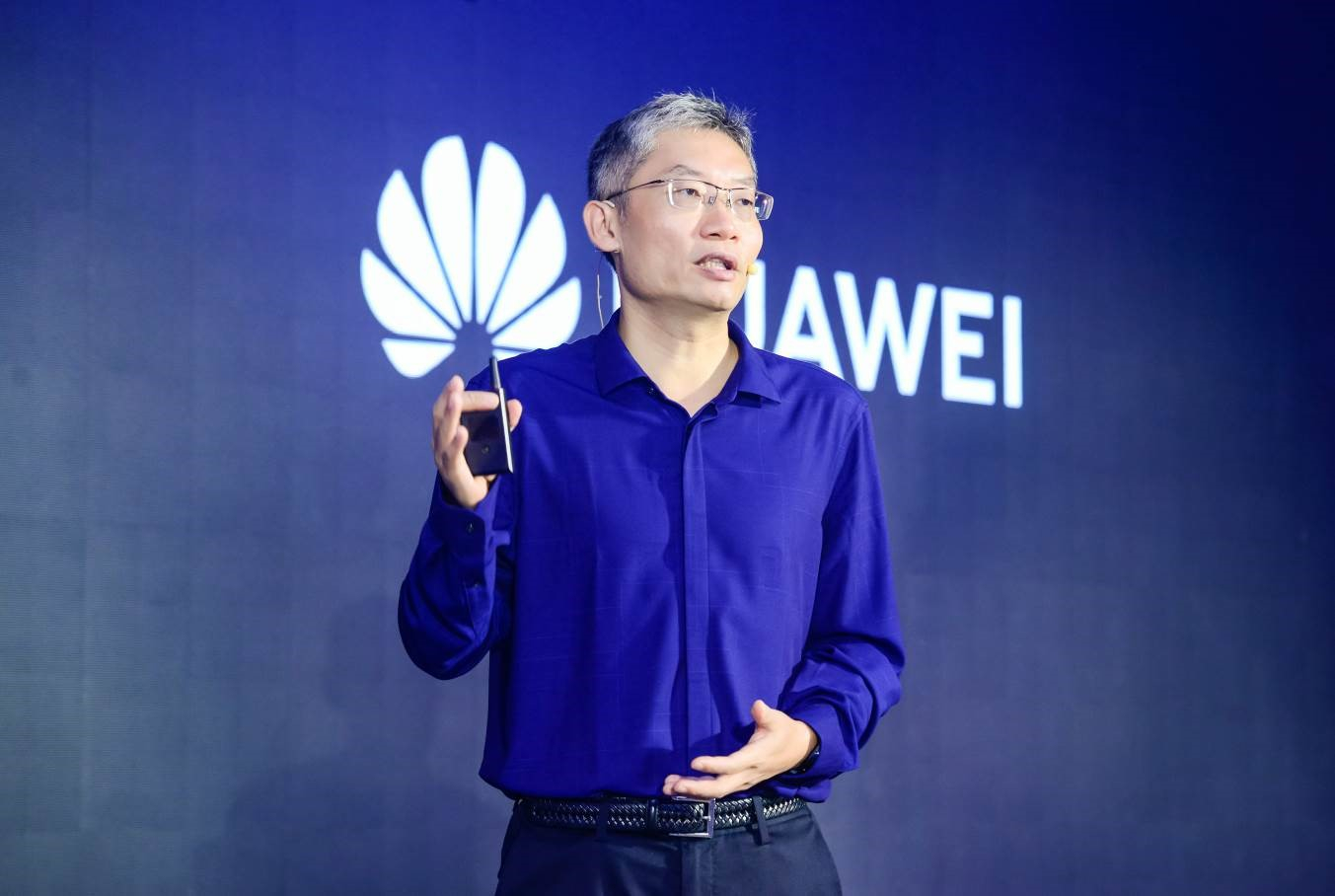 Ai Wei, a Huwei fellow, speaks at the Kirin 990 launch event in Beijing on September 6, 2019. /Photo from Huawei

Ai Wei, a Huwei fellow, speaks at the Kirin 990 launch event in Beijing on September 6, 2019. /Photo from Huawei

At the same launch event, Huawei made it clear that the Kirin 990 chip will be used to power its next flagship smartphone, the Mate 30, which will be launched on September 19 in Munich, Germany. CGTN Digital will also cover the Mate 30 event.