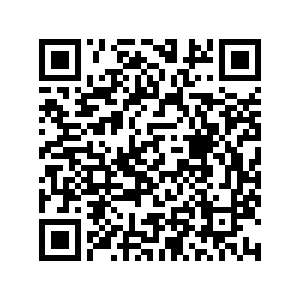 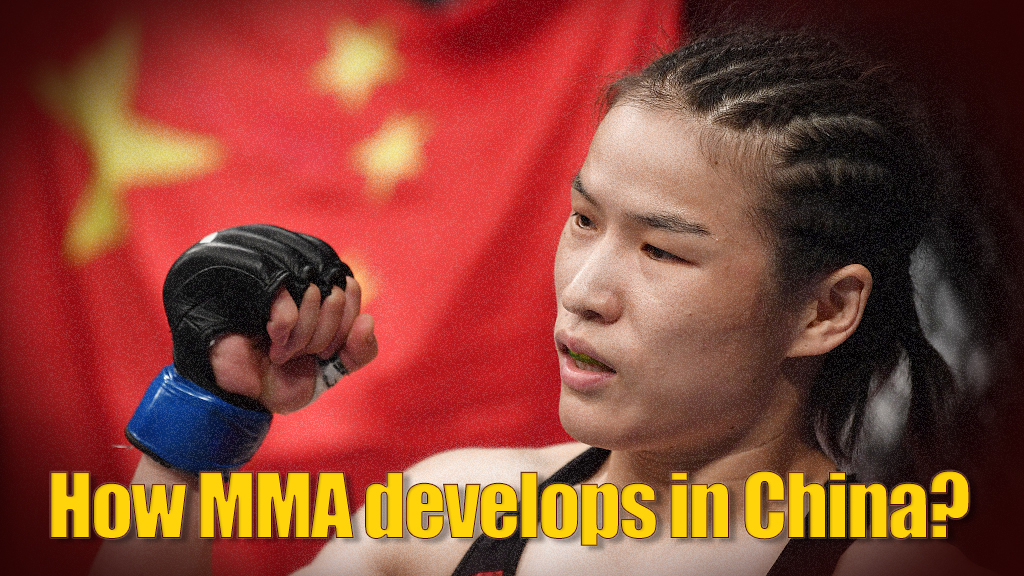 How long would it take for an unfamiliar sport to become a household name in China? Zhang Weili took 42 seconds – China's mixed martial arts (MMA) needed around 15 years.

This August 31, the 30-year-old beat Jessica Andrade of Brazil with a storming win to become the champion of the Ultimate Fighting Championship (UFC) women's strawweight division, making history as China's first world champion in this organization and doing so at a globally broadcast event.

Immediately after the victory, millions of messages from the netizens all over the world made the unassuming lady a hot topic online, but very few of her home country's people really know about the burgeoning sport and even fewer could claim their "love" for it.

CGTN interviewed some people from the MMA industry in China, including an event founder, coach, promoter and commentator, to talk about how China's MMA developed from zero to gold. 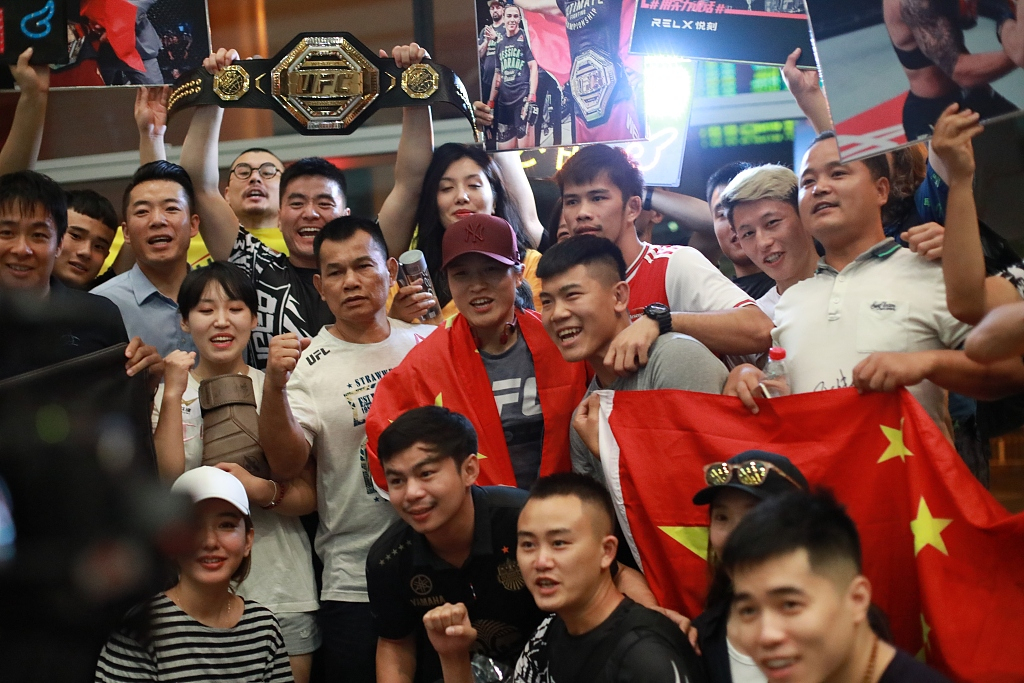 Compared with sanda, a style of Chinese martial arts that combines kickboxing and takedown skills, what makes MMA rules most distinct is that it also has ground fighting.

When Andy Pi (Bi Si'an in Chinese), a Chinese-American who opened the first Brazilian jiu-jitsu (BJJ) academy in Beijing in 1998, China slowly began to cultivate its own MMA talents.

In the same year, the American MMA organization UFC held its first event in Brazil, the home country of what some consider to be the "original MMA" vale tudo – which translates into English as "anything goes" – and that helped this brand-new sport spread around the world.

To promote MMA in China, some amateur competitions were set up, mainly by people who had a sanda background. Pi got his arm broken during a match like that in 2003.

He didn't get it treated soon enough, and so has not been able to compete at the same level. After being afraid that the government would one day ban MMA due to the dangers of the sport, he was spurred into creating China's own professional MMA event, Art of War – the Yingxiongbang in Chinese –  in 2005. 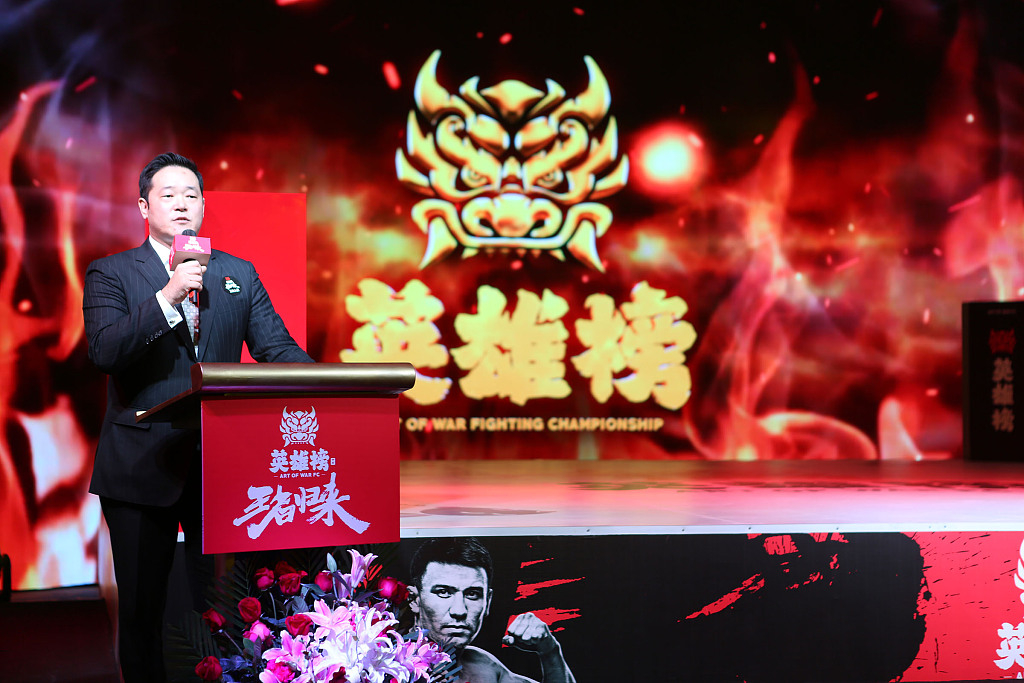 Since 2008, Chinese audiences have been enthralled by this high-level MMA event on TV. Before that, Sandawang, which means Sanda King in English, was the most popular equivalent.

During that time, as the internet was not so developed and streaming was difficult, Art of War opened a door for many Chinese young people to a new world – some of whom even began their own MMA careers. 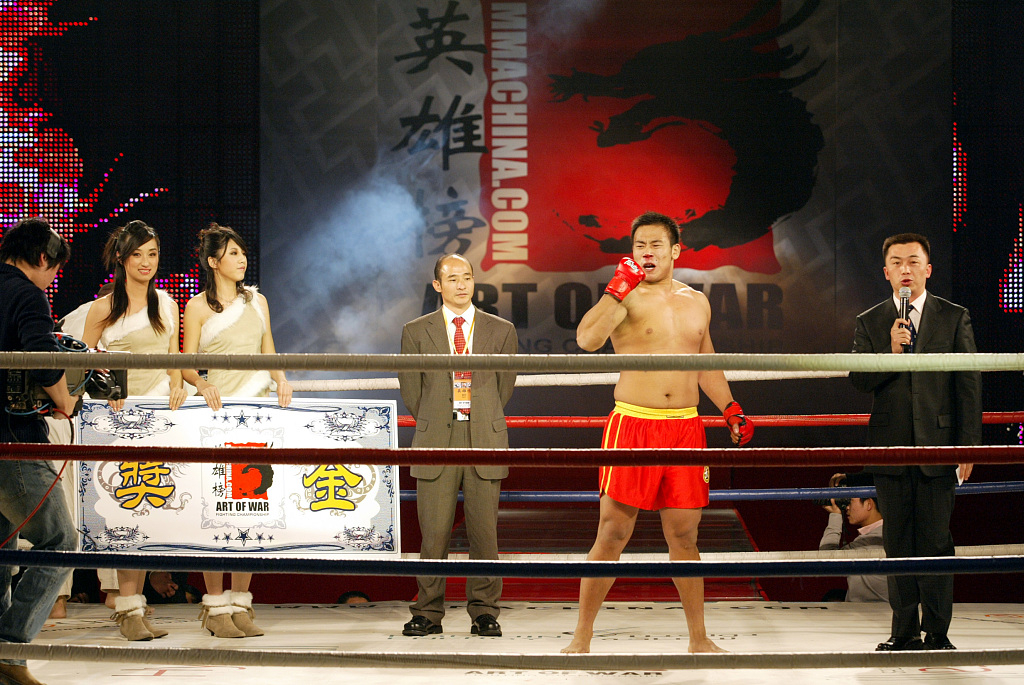 A slow industry vs. Chinese speed

Pi's TV show was considered too brutal at the beginning by China's mainstream media, much like what the UFC experienced in its early days, but there's still a group of people inspired by it who became fighters, coaches, commentators and found other roles affiliated with it later.

On September 30, 2010, Zhang Tiequan became the first Chinese to fight in the octagon of the UFC. Before that, he was a successful fighter in Art of War and some other Asian MMA events, and he founded China Top Team (CTT) club in 2009.

Famous Chinese combat sports announcer Wang Yanbo used to be the manager of the CTT club. As a townee of Zhang Weili in Handan City, Hebei Province, Yanbo also had a significant influence on the local kung fu culture.

He suggested that living the life of a fight commentator is not that easy, because sports markets develop extremely slowly in their early years.

This is true even for the fighters who enter major organizations like the UFC; they sometimes still need to do part-time jobs to feed themselves and pay for rent, as well as their training – and the payment is even lower for other staff. 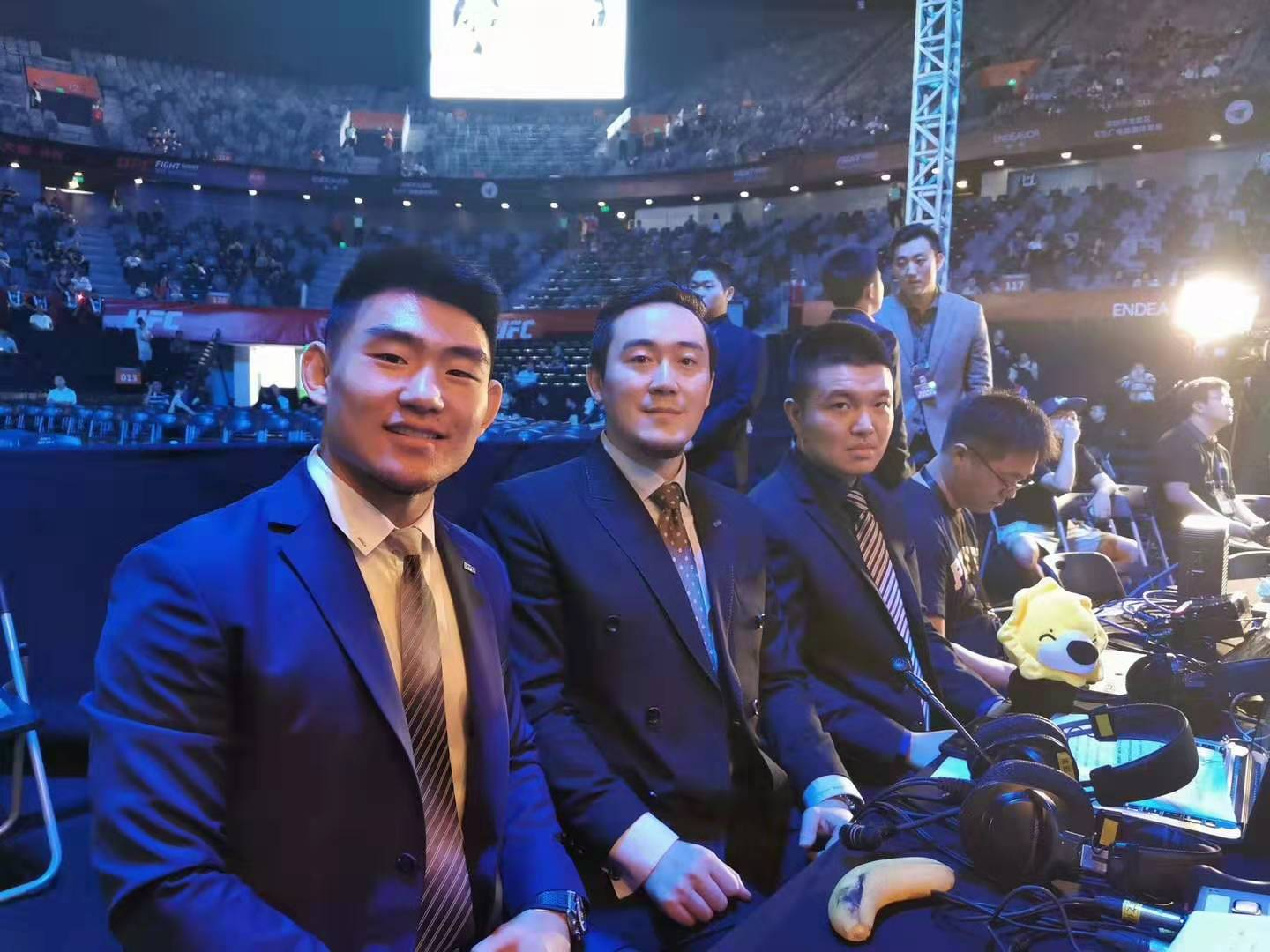 Many investors put hot money into fighting events when the Chinese government advocated for sports development in the past five years. And some Chinese MMA companies such as RUFF and Legend Fighting Championship formed a generation of excellent domestic fighters.

However, the Chinese audience still hasn't gotten used to the pay-per-view format, so the investment isn't being paid off quickly. Also, with around 10 different promotions trying to grab the limited Chinese market share, many companies simply couldn't afford to keep running and went bankrupt in 2017.

This cooling off, however, has been a positive for China's MMA as this new market filters out those who aren't truly committed to the sport and who are looking to exploit the fighters and fans to make a quick buck.

MMA is a significant commercial property; if a fighter reaches the ceiling of domestic events, he or she will definitely step up onto the international stages.

Xiong Jingnan and Zhang Weili, the current two world champions respectively in the eastern and western hemispheres' top-level MMA events - ONE Championship, which is based out of Singapore and UFC - both accumulated experience in China's Kunlun Fight. 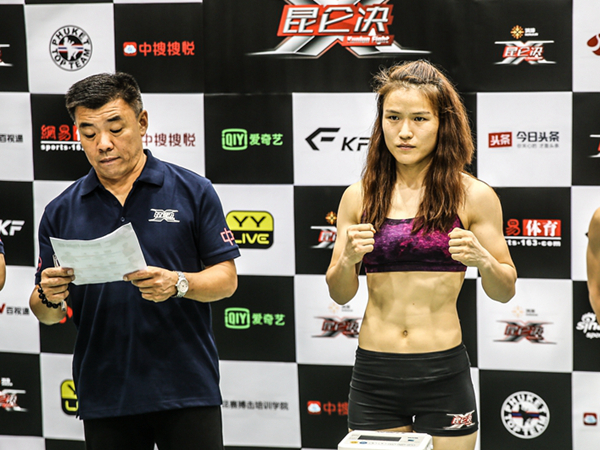 Both ONE and UFC are also planning to hold more cards in China. The UFC has already held three Fight Night events since 2017: Shanghai, Beijing and Shenzhen. Each event had created significant buzz on social media.

The attraction of international events to Chinese fighters may be a threat to the development of China's own MMA brands, but for the moment, it's the best way to make Chinese fighters into worldwide superstars and popularize the sport in China.

"Probably for the majority of the people out there, they will only watch (the match) if there's an athlete that they like," Pi said, implying that it is important to develop fighters that the Chinese audience will go crazy about.

He also emphasized that each role in the MMA industry should have its own function, inferring that some of the chaos in the Chinese industry is caused by collusion between coaches, managers and event promoters. 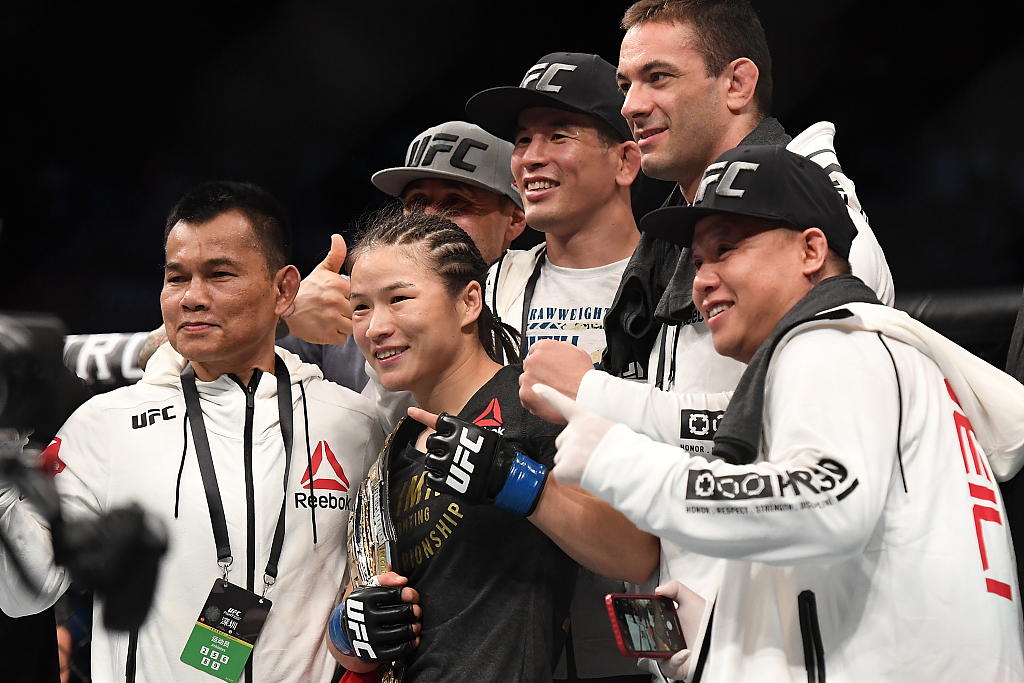 "Joe" Qiao Bo, a native of Henan Province, which is where the Shaolin Temple is located, is a senior MMA commentator and promoter. He's now in charge of a big project to get Shaolin kung fu practitioners involved in MMA training and competitions, as he believes the main idea of MMA and traditional Chinese martial arts are the same.

"MMA is the ultimate showcase of Chinese martial arts, as the latter combines four parts: Kicking, punching, wrestling and submission," Qiao said. He hoped that in the near future, the Chinese fighters could inject more of the country's traditional martial arts into this sport.