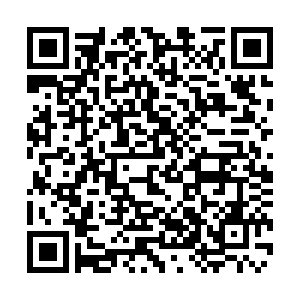 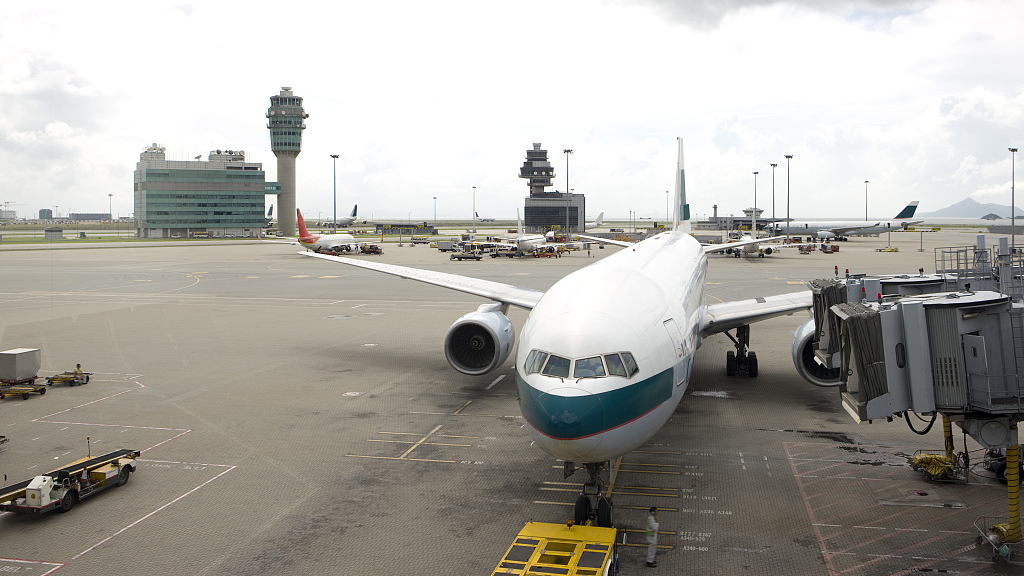 Airlines have jointly called on the Hong Kong Special Administrative Region (HKSAR) government to waive costly airport landing and parking fees amid the months long protests, as they struggle to deal with the financial fallout from a sharp drop in traveler demand.

Hong Kong's Board of Airline Representatives (BAR), which represents more than 70 airlines that fly to and from the Asian financial center, wrote to the government asking for temporary relief from landing and parking fees as well as rent and other operational costs, according to a letter dated September 16, which was seen by the South China Morning Post on Monday.

"Already we have seen a double-digit drop in passengers in August compared to last year, and we expect this to worsen in the remaining months of the year," BAR Chairman Ronald Lam Siu-por, a senior executive at Cathay Pacific Airways Ltd, said in the letter. "Many airlines have already reduced or cut their services to and from Hong Kong, as many routes have become unprofitable due to declining passenger numbers."

"In view of the situation, the BAR urges the Hong Kong government to consider issuing short-term relief measures that can help airlines survive this extremely difficult time," the letter said. 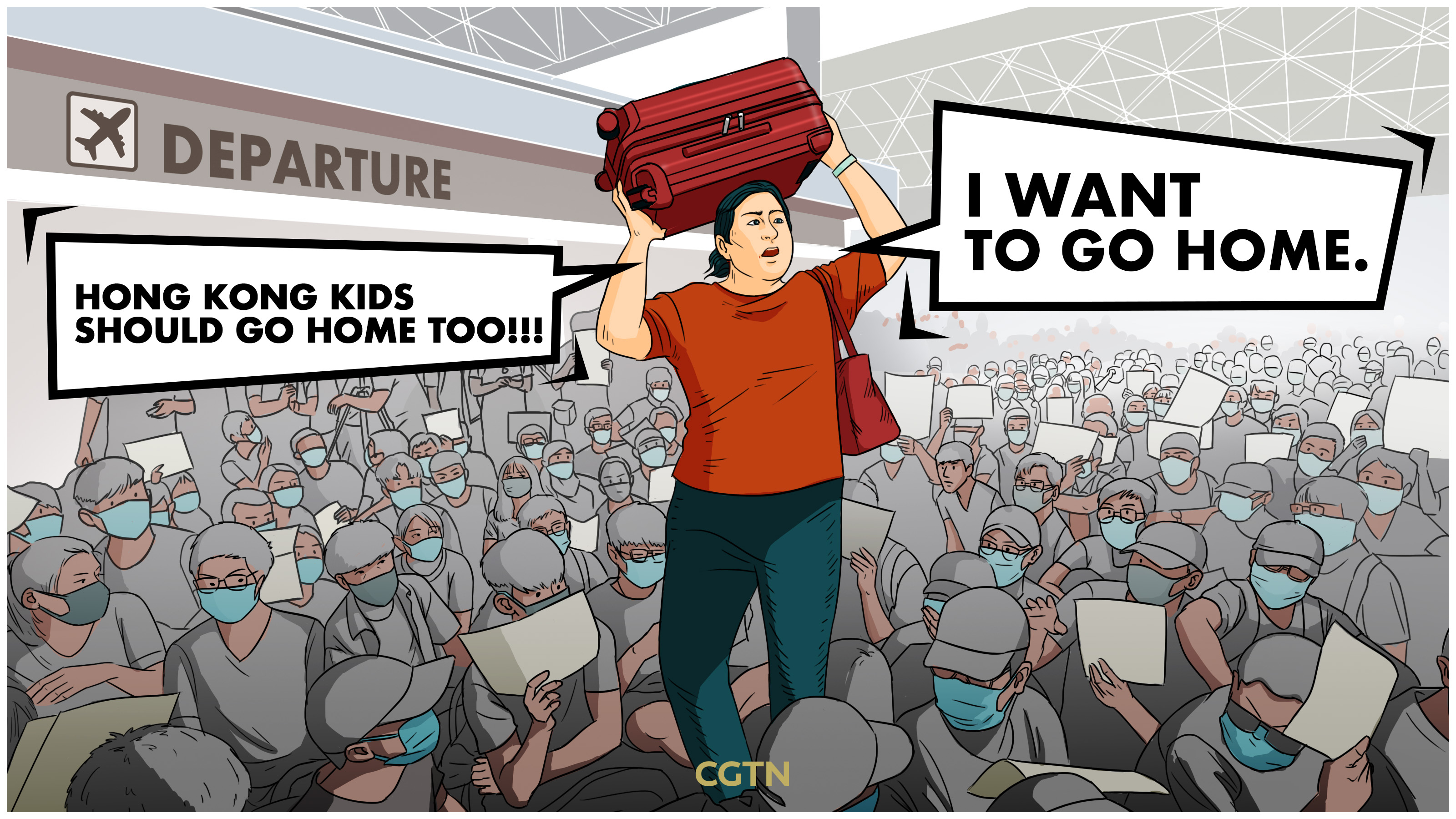 The airport was the world's eighth-biggest airport for passenger traffic in 2017, according to the latest annual ranking available from Airports Council International.

However, according to the Airport Authority Hong Kong, the airport suffered its biggest monthly drop in passengers in a decade, with a decline of 12.4 percent – or at least 850,000 fewer travelers – in August, which is supposed to be the busiest month of tourism, as protests gripped the city.

In mid-August, over 230 flights were canceled due to a massive unauthorized sit-in at the airport, stranding tens of thousands of passengers. Five thousand protesters occupied the airport's departure and arrival halls.

Read more: How the airport shutdown affects Hong Kong's economy in a day 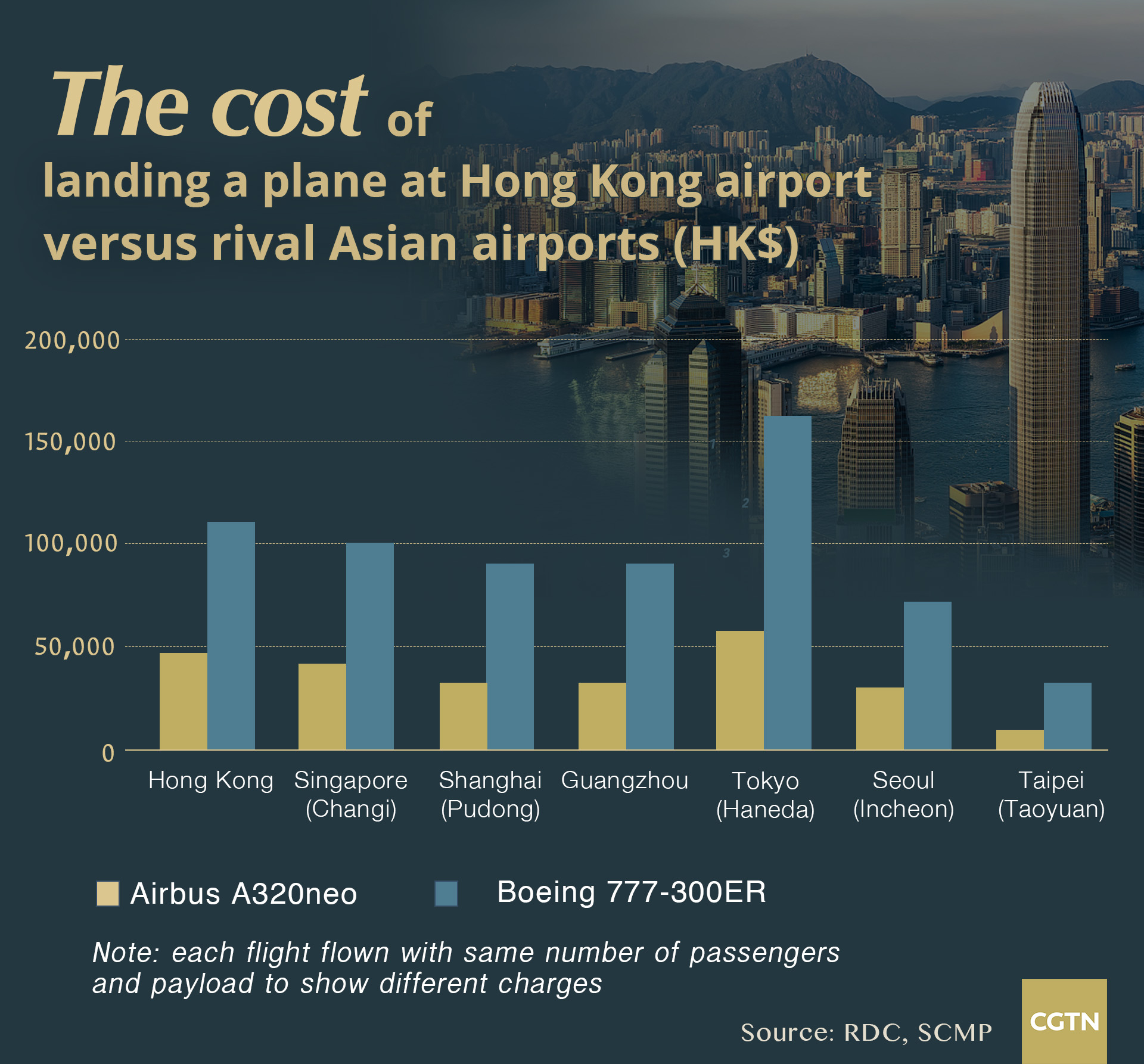 Airlines suffer due to a massive drop in travelers

Cathay, the biggest corporate casualty of the sometimes violent protests, this month said it would cut capacity for the upcoming winter season after reporting an 11.3 percent fall in passenger numbers in August due to falling demand.

Landing, parking and route expenses, which would include fees paid to airports outside the HKSAR and air traffic control charges, accounted for 16 percent of Cathay's operating costs in 2018, according to its financial accounts.

Foreign carriers like Qantas Airways Ltd have also been hit by a demand drop, with the Australian carrier switching to smaller planes on the HKSAR route.