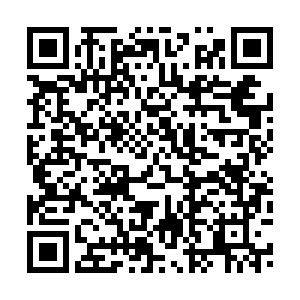 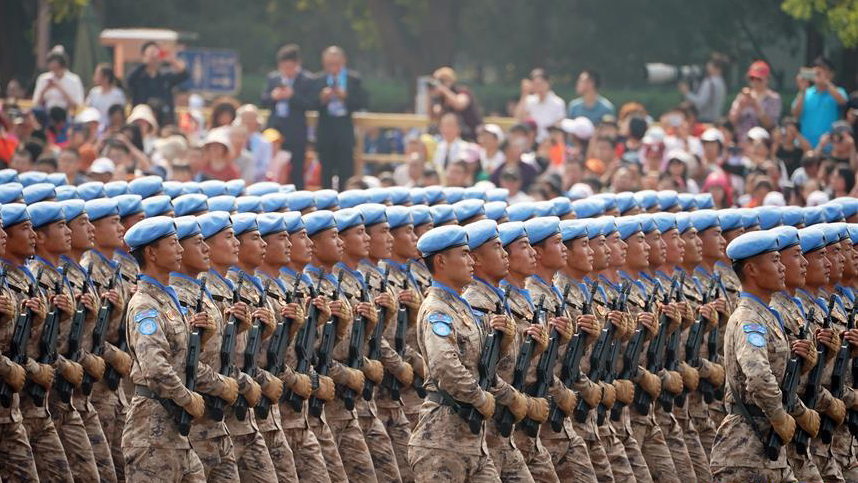 For the first time, the military parade features the Chinese United Nations peacekeeping force, which was led by Major Generals Xu Youze and Ma Baochuan.

Wearing blue berets and camouflaged uniforms, soldiers from this formation were drawn from various peacekeeping missions. Many of its officers and soldiers have participated in international peacekeeping operations organized by the UN in Lebanon, Mali and other countries. 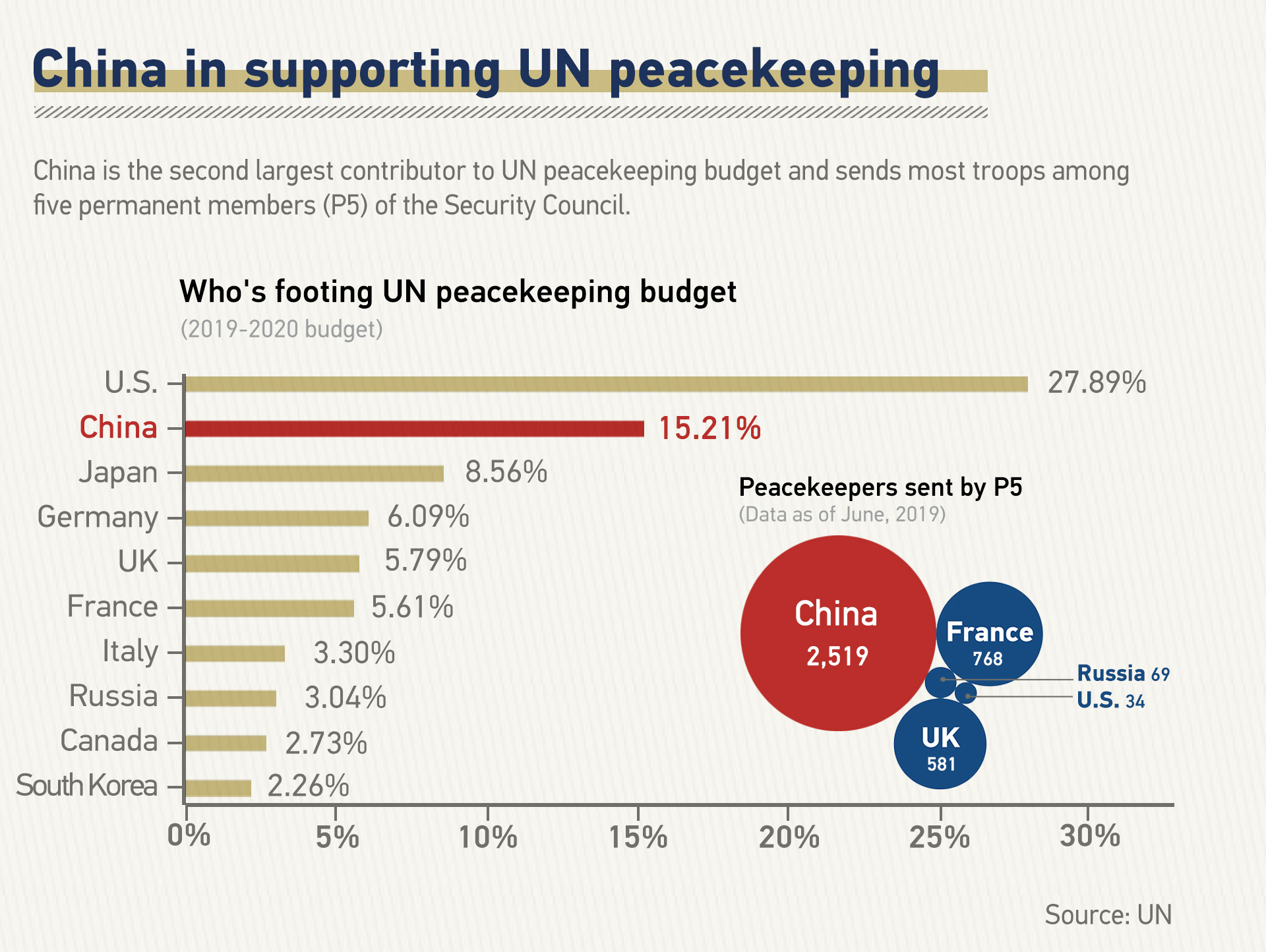 Dubbed as "key elements and strength of peacekeeping operations," Chinese soldiers are winning recognition for their work around the world.