How BBC and CGTN covered the Beijing parade
Tom Fowdy 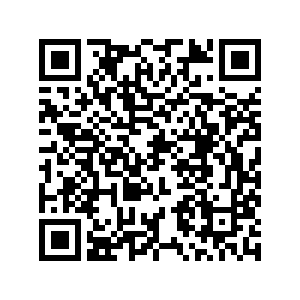 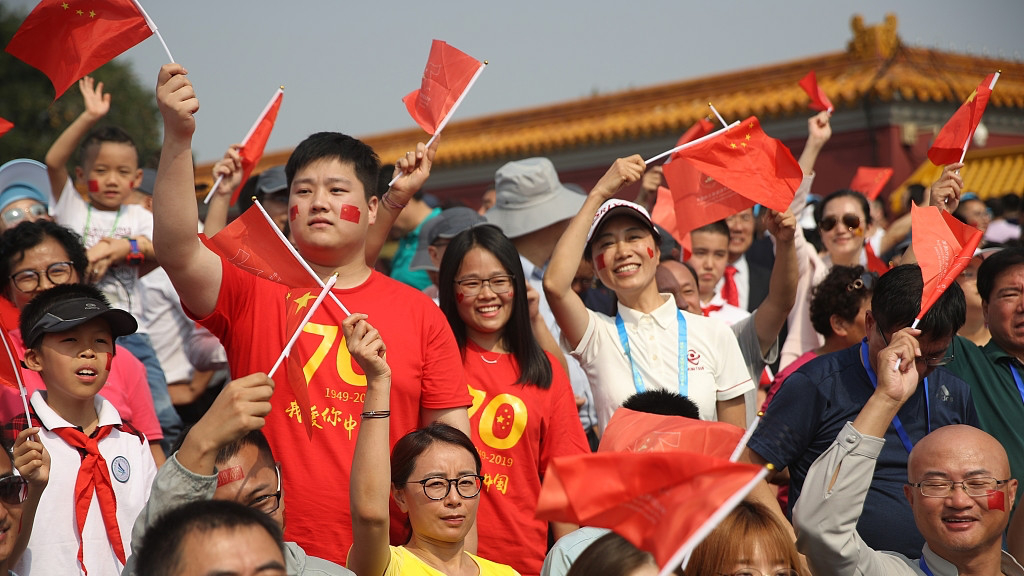 On October 1 afternoon, the People's Republic of China wrapped up the formal celebration of the 70th anniversary of its establishment with an extravagant parade in Beijing. The event covered a display of the People's Liberation Army, a speech from Chinese President Xi Jinping, a display of the country's economic achievements, an homage to its former leaders, floats representing all provinces and regions, and so on. The coverage was displayed live on CGTN but was also covered in mainstream media outlets throughout the world.

I paid attention to multiple versions of it but most specifically explored how the British Broadcasting Corporation (BBC) covered the event in contrast to CGTN. The difference was remarkable. The BBC set out in depicting the parade and China as a whole in the most negative light and cynical possible, whereas CGTN gave a more objective perspective that focused on enhancing the cultural logic and reasoning behind displays present at the event. On these grounds, CGTN provides an important counterweight and amplification of the Chinese perspective in the light of what can be biased coverage from abroad. 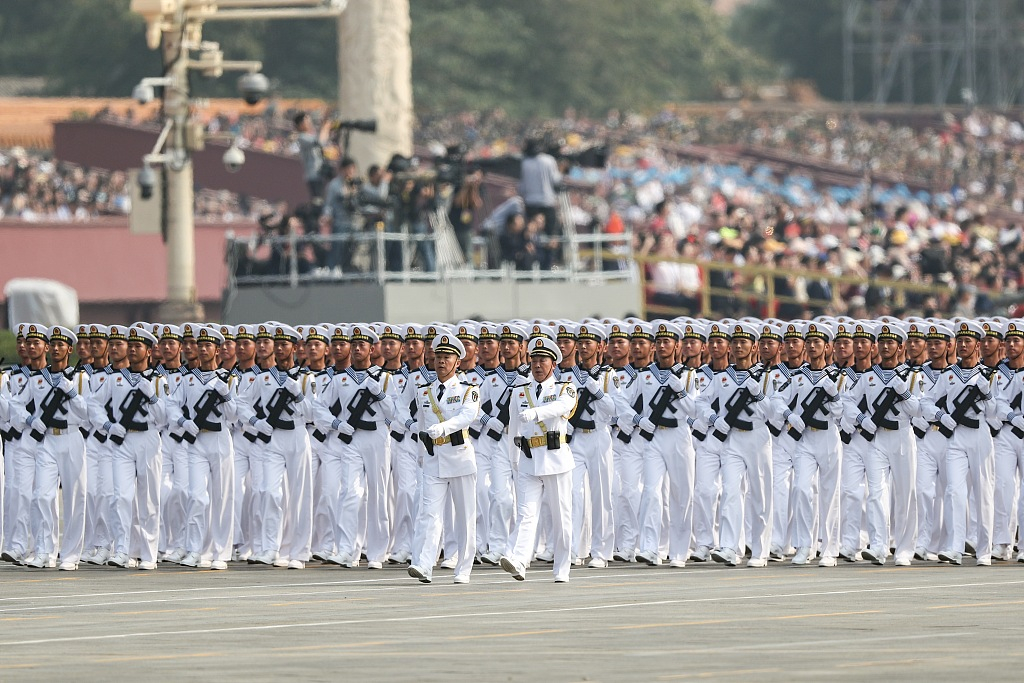 A formation of the People's Liberation Army Navy takes part in a military parade during the celebrations marking the 70th anniversary of the founding of the People's Republic of China, in Beijing, capital of China, October 1, 2019. /VCG Photo

A formation of the People's Liberation Army Navy takes part in a military parade during the celebrations marking the 70th anniversary of the founding of the People's Republic of China, in Beijing, capital of China, October 1, 2019. /VCG Photo

A lot of western commentators are very quick to dismiss CGTN out of hand. They enjoy reducing any view expressed upon it as propaganda which should not be taken seriously. Liberal interpretations of China, built upon the connotation of "universalist" moral truths which must be preached to others, tend to believe that argue view which disagrees with the west is not authentic and must be reduced to a deceptive, falsified take.

In doing so, many in the west naturally believe that all Chinese must inherently oppose the Communist Party rule and want to adopt western-centric liberal democracy, and those who do not are merely deceived. This forms a broader component of discourse from the west, which thus refuses to accept China on its own words and terms.

Herein also shapes the attitude and editorial line of the BBC. The BBC's coverage of the event should be accurately described as shameful. At no point did it seek to understand China's perspective on objective or fair terms. Instead, it weaponized every single criticism of the country conceivable and attacked the parade with a never-ending barrage of cynicism, negativity, and sarcasm.

Sometimes it even got ridiculous, with commentators attacking the releasing of balloons into the sky at the end of the parade, attempting to pour scorn on China's environmental record. Why the Chinese military was so important to the parade was ignored, and instead, all focus was placed on the amplifying "China threat" rhetoric. 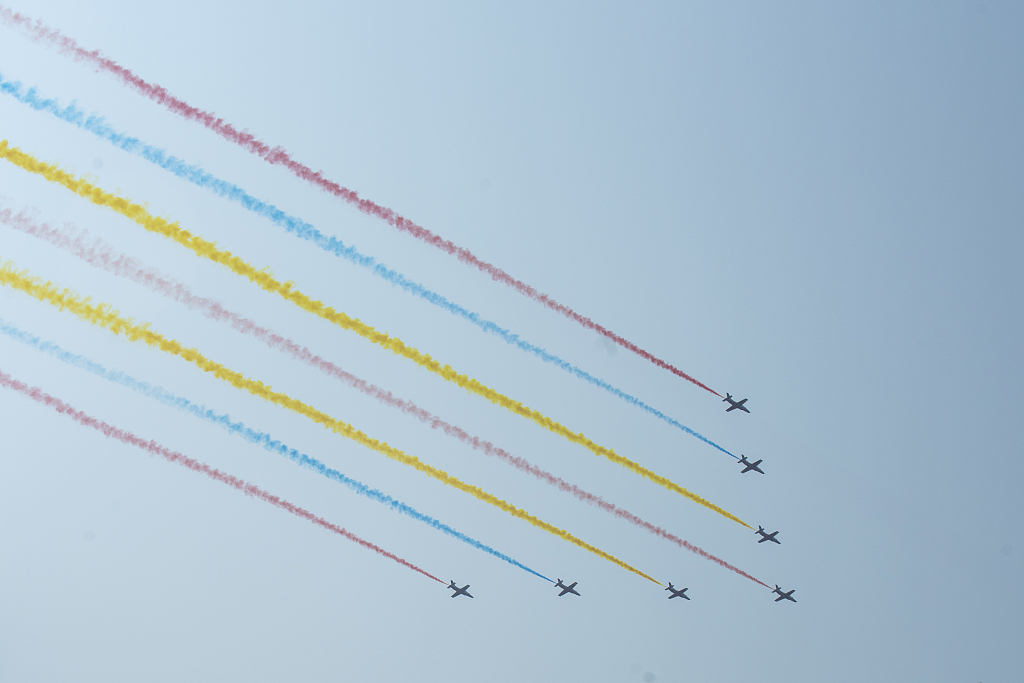 Armament formations are reviewed during the celebration of 70th anniversary of the founding of People's Republic of China in Beijing, China, October 1, 2019. /VCG Photo

Armament formations are reviewed during the celebration of 70th anniversary of the founding of People's Republic of China in Beijing, China, October 1, 2019. /VCG Photo

But listening to CGTN, one could actually learn something about what the parade truly meant. Instead of parroting western scare stories, the commentator carefully elaborated on the rich cultural symbolism and historical logic of each feature. For example, about the military, whilst the BBC amplified fear and power, CGTN explained the legacy of resistance to the Japanese occupation.

It proceeded to elaborate on how other features showcased China's economic development, scientific achievements, what every province was famous for and so on. The BBC's coverage contained absolutely none of this, one who watched it would have learned little new about China.

In this case, it is time to have a serious thought about the messaging visible in the Western media. People must learn to identify and critique the ideological assumptions often present in western journalism before judging other countries. The BBC is known to the world as a respected broadcaster. It has a strong legacy and reputation. However, its coverage of foreign affairs has long been ideologically biased and even arrogant.

What we saw was the wholesale, industrial-sized demonization of an entire country on its own anniversary. In this case, the existence of CGTN helps create balance and nuance with regard to such narratives. It is important that one stops using the term "propaganda" to dismiss outright news sources which contravene western narratives and instead adopt a more holistic view.