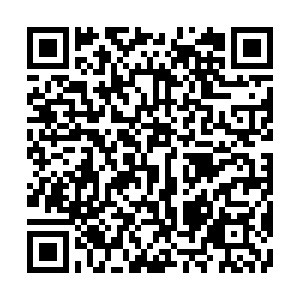 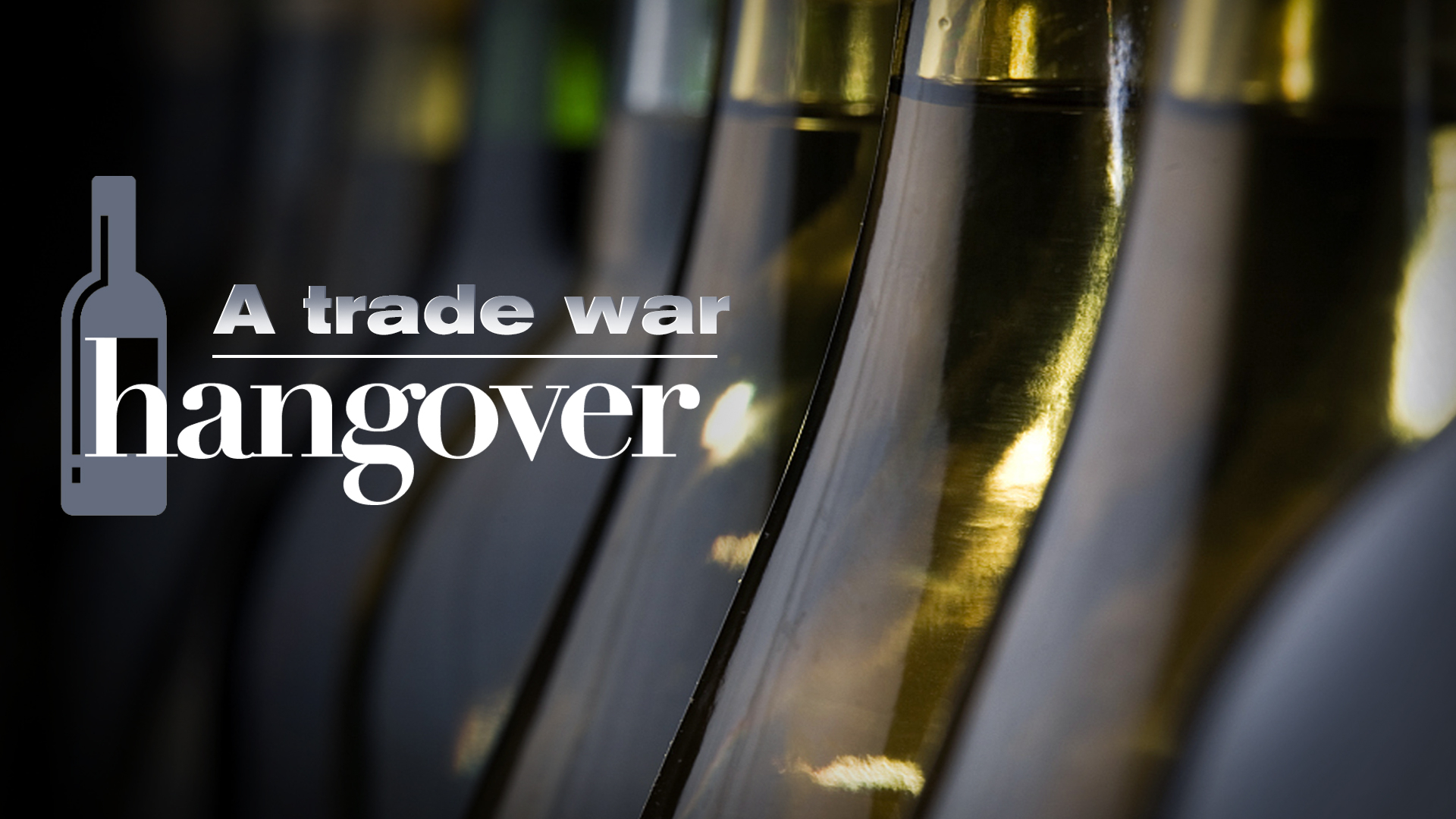 In How trade tensions make my reporting difficult published in early August, I elaborated on how the wine sector, among others, were caught up in the prolonged China-U.S. trade row. Back then, most vintners in California's Napa Valley had declined our interview requests though they were dismayed at the rounds of tit-for-tat tariffs. Even in the biggest blue state of the United States, wine producers had been reluctant to take a public stance.

Things, however, quickly turned around. Struck by the magnitude of the ongoing conflict, they soon became more outspoken. "Wines from the United States have increased with tariffs (of) over 90 percent," Michael Honig, president of Honig Vineyard and Winery, told us, noting that the prospect for his business was further dimmed by tariff hikes on brewing equipment.

In 2018, the U.S. imported 35 million U.S. dollars' worth of brewery equipment from China. Starting September 1 of this year, Washington imposed an additional 25-percent tariff on such equipment. The latest wave of duties came on the heels of a price jump in wine glass bottles – most of which was also sourced from China.

Glass was among the 200 billion U.S. dollars' worth of Chinese goods that Washington increased from 10 percent (in the third round of tariff imposition in September 2018) to 25 percent this May. In retaliation, Beijing on June 1 took the same move on American imports of 60 billion U.S. dollars, which included sparkling wine and regular wine.

Superimposed on the previous two tariff hikes last year – 15 percent in April and 10 percent in September – the maneuver thrusted the compounded tax rate of American wines to 93 percent, which is the steepest yet and enough to be a buzzkill for U.S. wine producers.

Like other vintners in California, which exports over 90 percent of U.S. wines to China, Honig is hanging back from purchasing more tanks and other equipment from China to grow his small, family-owned business. He had spent a decade toiling to enter the booming Chinese market. "We went from selling zero cases to selling hundreds of thousands of dollars' worth of wine to now back to zero," he said.

According to Honore Comfort, vice president of international marketing at the Wine Institute, the U.S. exports about 60 million dollars' worth of wine to China on an annual basis and sales declined by a quarter last year. The downward trend continues into 2019, putting California's iconic wine industry and related businesses on tenterhooks.

Some wineries have started sourcing glass and tanks from other countries, which, however, is no easy task as the U.S. transferred the labor-intensive glass manufacturing to China 20 years ago and there aren't many domestic brewing equipment factories that charge affordable prices.

All of this has put winemakers' plans in limbo since they've already ordered tanks from Chinese factories. Once they arrive, they'll face a prohibitive tariff. 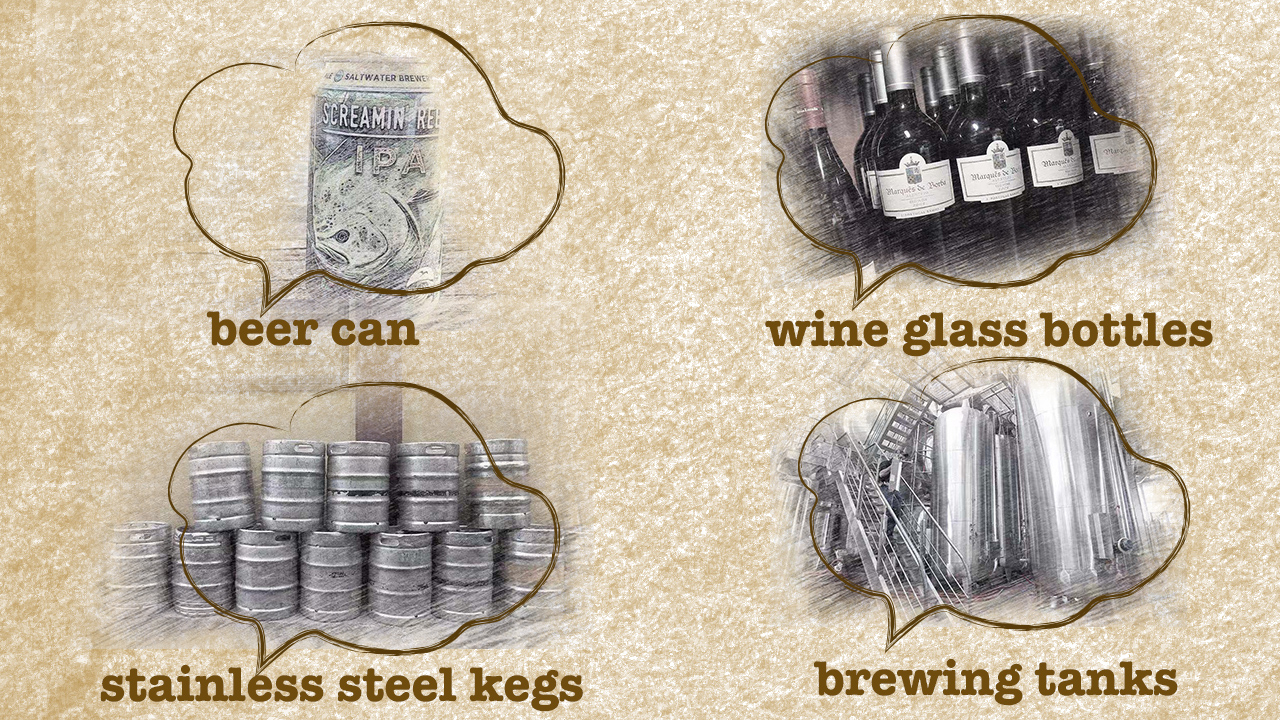 Across the pond, Chinese retailers of primarily American wines lament the increased costs from the tariffs on distilled spirits and alcoholic beverages. "California wines have become increasingly popular with Chinese consumers with its sweet and rich taste," said Jiang Yu, co-founder of Shell Harbor – a dining bar in the eastern Chinese coastal city of Yantai, Shandong Province.

Before dealing in American wines, Jiang had been occupied with the more prestigious French varieties. However, in light of heavy marketing campaigns by American wineries over the years, he tried importing wines from Napa Valley for his restaurant, which was new at the time. To his surprise, their sales boomed, especially among a bourgeoning young middle class.

"The grapes grown in central and northern California taste luscious," Jiang illustrated. That's a region where a Mediterranean climate of distinct seasons and a mountainous geography that creates volcanic soil and moisture-laden clay come together to have grapes perfectly ripen. Wines distilled with such grapes are fresh and sweet, without the drier and coarser sensations usually found in the red wines of the Old World.

However, his supplier, who imported American wines in bulk for years, has turned back to the Old World, notably Italy, given the tariff hike. Within a few months, Jiang saw his stock of American wines drop from 200 cases to a meager 20. "It has taken U.S. wine traders a lot of work to enter the Chinese market, as American wines are not as famed as those of France and Italy, and they are not cheap," Jiang noted. "Now the trade war makes the decade-long effort futile while disappointing a loyal consumer following who have just come to like the New World wines."

Jiang told us that a customer came back to his restaurant to look for a certain kind of American wine he once drank. "Wine with sweet flavors fit the Chinese appetite and go well with different cuisines." 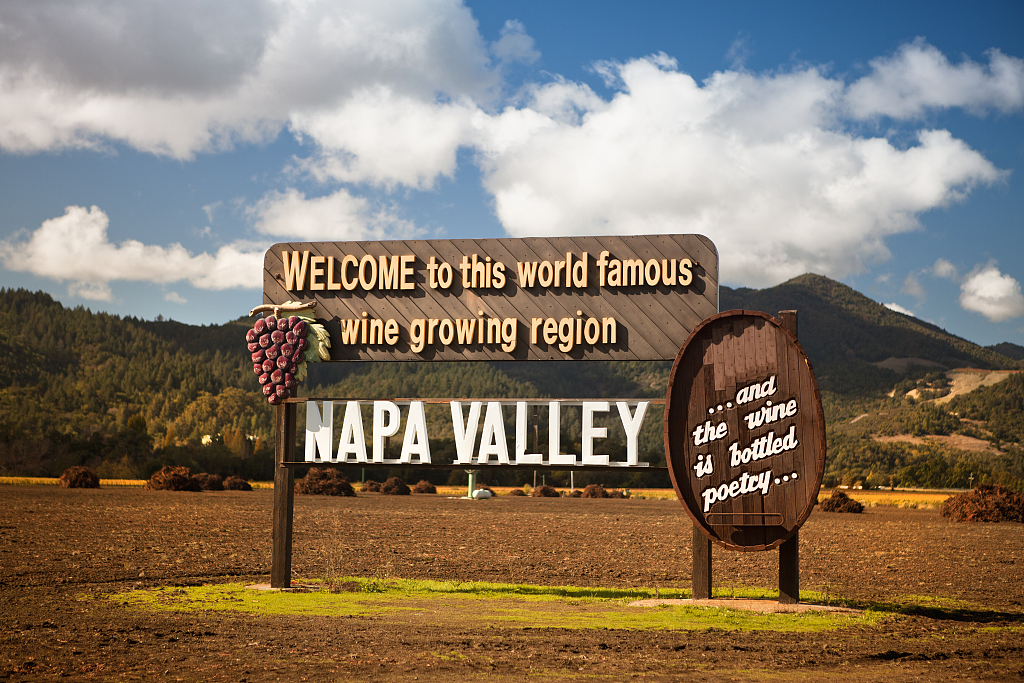 In this same dining bar, we came across his friend Shi Xiaoping – who also invested in the bar – drinking an American IPA. "Such IPAs have a citrus flavor, some aftertaste, some bitterness and a stronger taste of malt," Shi said. Once a student in Australia, he's now a Western kitchen chef in this restaurant. He said that a lot of his friends have a crush on American IPA – a kind of Indian pale ale in which American craft brewers add more fresh flavors to make it sharper, more diverse and tasteful than the old-fashioned British IPA.

The American renovation tinted with a variety of hop cultures ropes in more diehard fans like Shi. However, he's considering switching to domestic craft beer because of a price hike of the American one. "Since it's not a necessity, there are many other options." 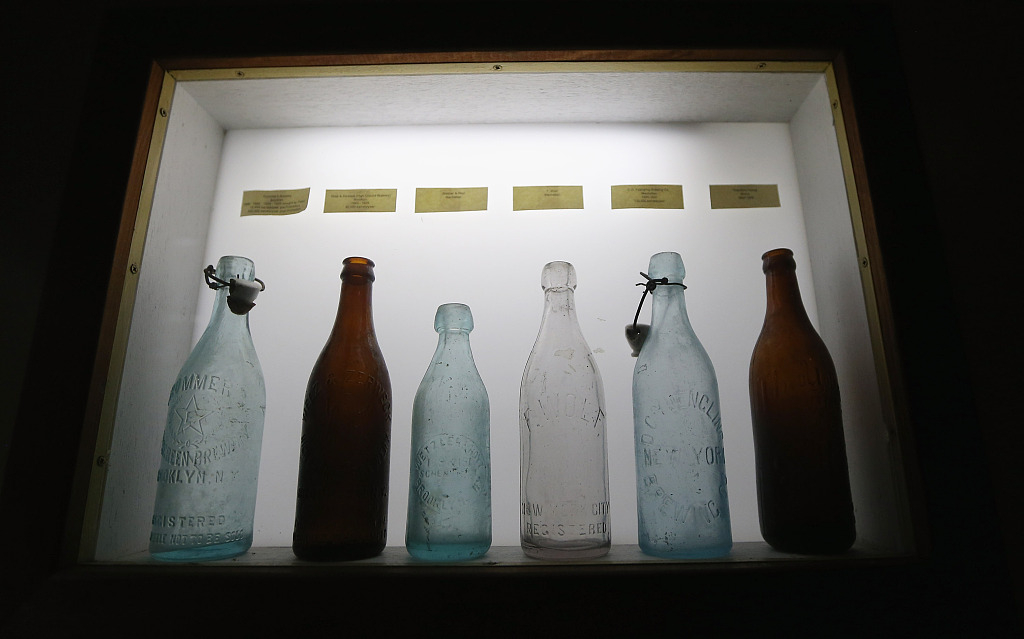 Actually the misfortune of American beer started much earlier than that of American wine. The Trump administration's steel and aluminum tariff announced in March 2018 spelt bad news for U.S. beer breweries, as some 60 percent of domestic beer comes in aluminum cans. "We estimated that the 10-percent aluminum tariff has brought the cost of our cans up by 8 percent," said Ryan Krill, CEO and co-founder of Cape May Brewing Company, the third largest craft beer factory in New Jersey.

But cans aren't the only container taking a beating – stainless steel kegs are facing a duty of 79.7 percent. In 2017, the U.S. imported 18.1 million U.S. dollars' worth of these refillable beer kegs from China. And like wine, beer fermentation tanks – also from China – now cost 25 percent more.

"We estimated that the annual cost to beer brewers because of the 232 tariffs is roughly 350 million U.S. dollars a year," noted Jim McGreevy, President and CEO of the Beer Institute.

Krill has shelved his plan to buy more tanks to expand production. And he's reluctant to pass the tariffs onto consumers because price hikes could direct them to other brands in an increasingly competitive craft beer market. Back in 2006, there were only 1,460 craft beer breweries across the U.S.; a decade later, the figure rose to 5,301. 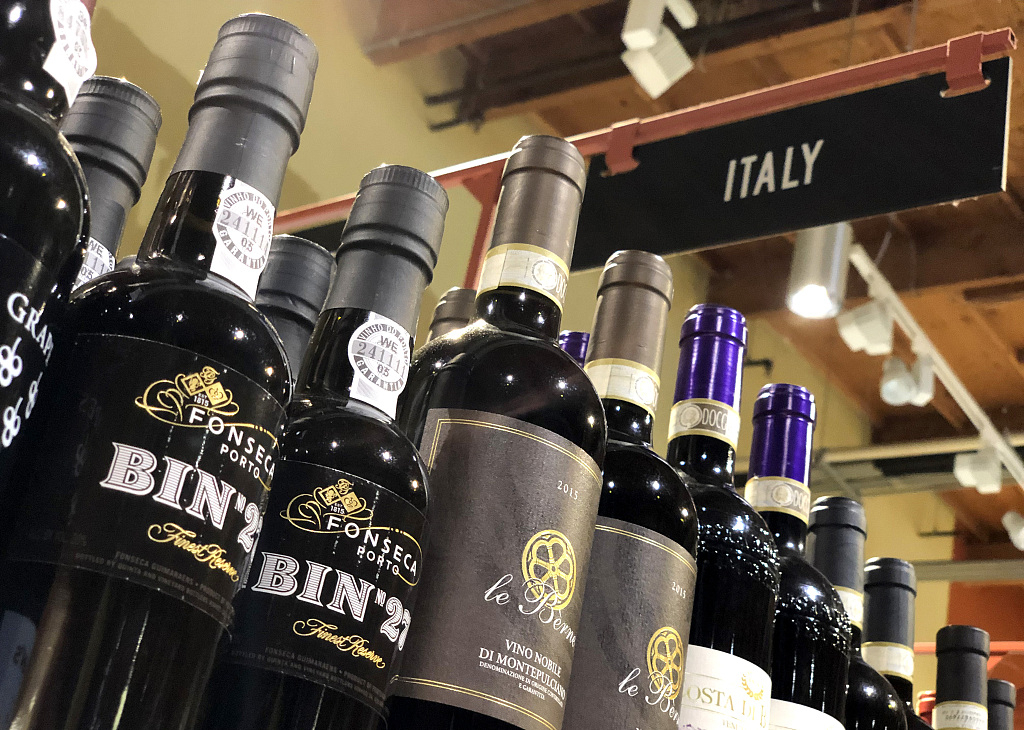 Jiang Yu is now selling the remaining American beverages in his bar. After they're gone, he won't be able to get more. "It's murky looking ahead. Since our supplier has switched to the Old World, we have to make more effort to attract costumers back to the old, astringent taste."

As the trade war continues, consumers and manufacturers are hurting on both sides of the Pacific. The beer and wine industries had seen massive opportunities for growth due to China's ballooning consumer market, but hopes may be dashed and expectations cut short if businesses can't see the light at the end of the tunnel.