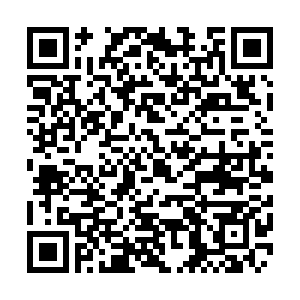 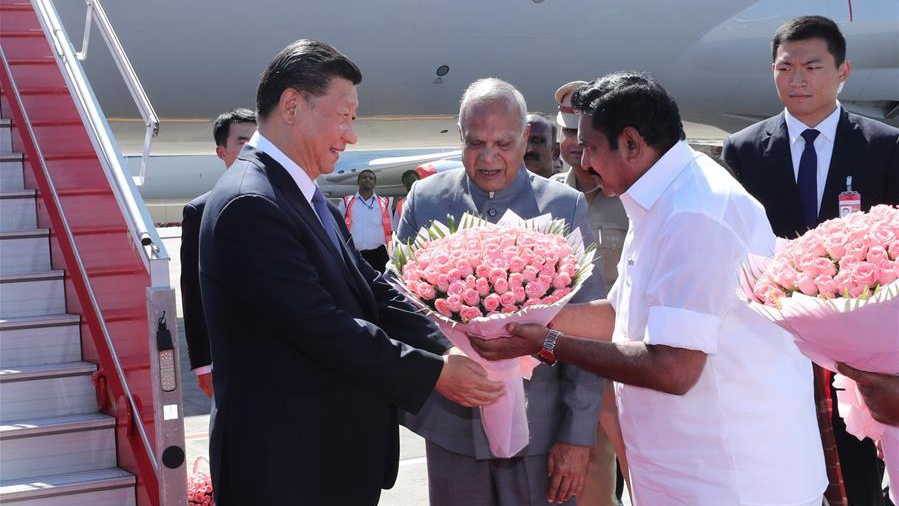 This is President Xi's first overseas trip after the grand celebration of the 70th anniversary of the founding of the People's Republic of China (PRC).

President Xi landed at Chennai International Airport at around 2:10 p.m. local time and was received by India's Tamil Nadu Chief Minister Edappadi Palaniswami and other officials. 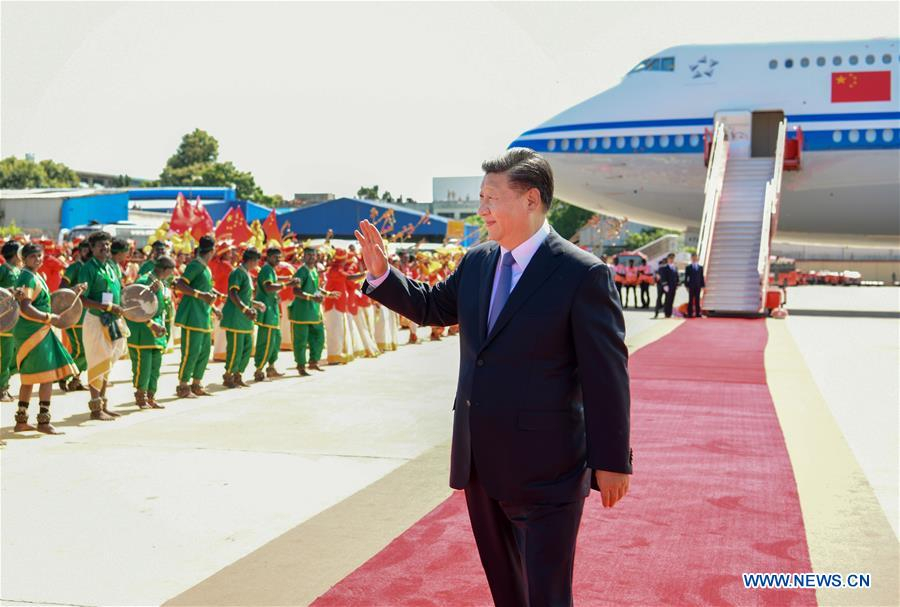 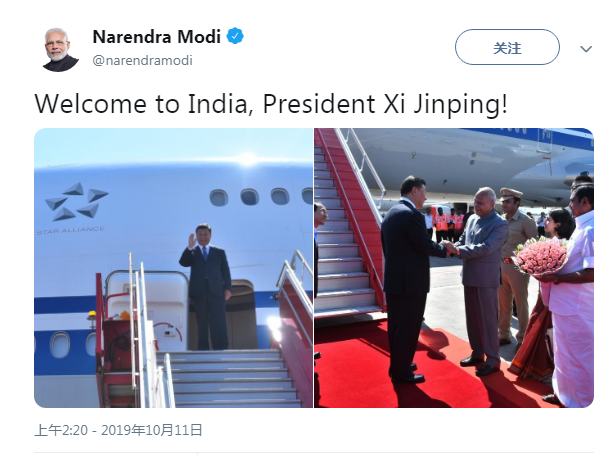 In Chennai, President Xi will have an in-depth exchange with Modi on bilateral issues of long-term and strategic significance, setting the tone for the future development of bilateral ties.

After meeting with Modi, President Xi will pay a state visit to Nepal at the invitation of Nepali President Bidhya Devi Bandari.

The Chinese president's visit to India and Nepal is expected to give new impetus into China's relations with the two countries.

(Cover: Banwarilal Purohit, governor of the Indian state of Tamil Nadu, and the state's Chief Minister Edappadi K. Palaniswami wait beside the gangway and present flowers to Chinese President Xi Jinping upon his arrival in Chennai, India, October 11, 2019. /Xinhua Photo)