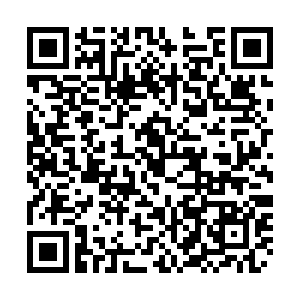 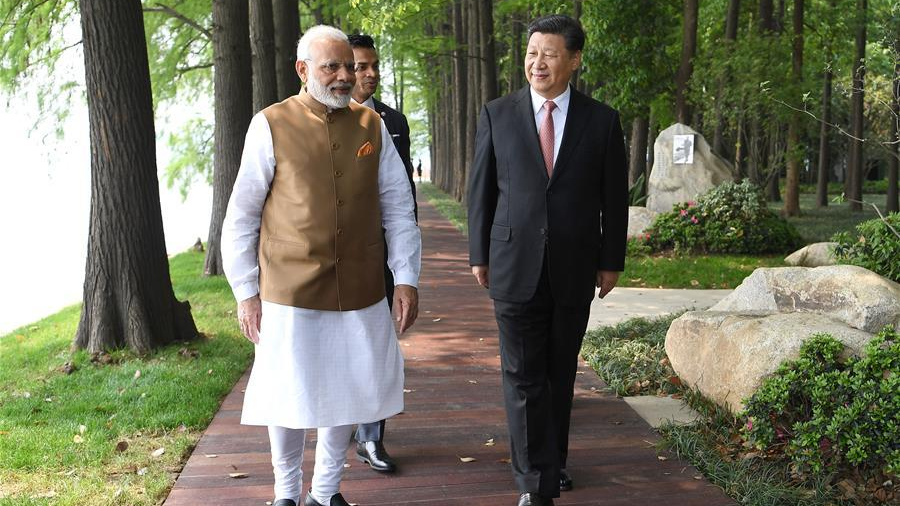 Chinese President Xi Jinping and Indian Prime Minister Narendra Modi are expected to build on Wuhan spirit as the pair will meet again in India's ancient coastal town of Mamallapuram from October 11 to 12, according to India's Ministry of External Affairs.

It will be the second informal summit between the two leaders since they met in central China's Wuhan city in April 2018, which quickly thawed bilateral ties after the 73-day standoff between the two armed forces on the border.

The Wuhan summit is historic because it led people from different walks of life from both countries to sit down and find common ground and helped steer Sino-Indian ties on the right track.

Experts believe the upcoming second summit between Xi and Modi indicates that it has become a mechanism of high-level strategic communication between China and India.

Xi will have an in-depth communication with Modi on issues that have overall, long-term and strategic significance on bilateral relations, set the tune and guide the direction for future development of the ties, and speak to the world in unanimous voice, so as to inject positive energy into the world full of uncertainties, Chinese Foreign Ministry said Wednesday.

Chinese Foreign Ministry spokesperson Hua Chunying said last month she thinks Kashmir will not be a major topic occupying the talks, but the two leaders are free to talk about whatever they like.

Tensions over Kashmir have risen drastically since August when New Delhi revoked the autonomy of its portion of the territory, which both India and Pakistan rule in part and claim in full. It also gave the status of "Union Territory" to Ladakh, which included parts of Chinese territory at the two nations' western border.

While meeting with his Indian counterpart Subrahmanyam Jaishankar in Beijing in August, Chinese Foreign Minister and State Councilor Wang Yi pointed out that India's measures challenge China's sovereignty, violate the joint agreement that maintains peace and tranquility in China-India border areas. He called on India and Pakistan to resolve their disputes by peaceful means, and maintain overall peace and stability in the region.

Geeta Kochhar, assistant professor of Chinese Studies at Jawaharlal Nehru University in New Delhi, told South China Morning Post that Xi's visit to India was likely to see concrete discussions over further trade ties, including on the Regional Comprehensive Economic Partnership – a proposed free trade agreement between 16 countries, including China and India – and the Bangladesh-China-India-Myanmar Forum, a regional trade and investment bloc.

India has complained about the bilateral trade deficit. 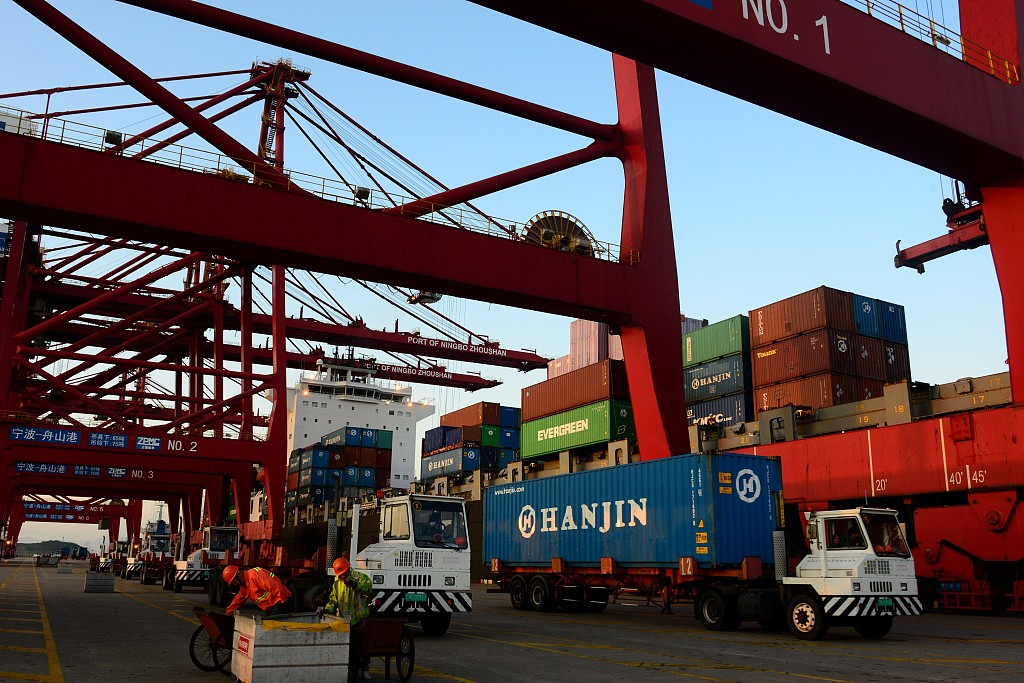 "China has never pursued a trade surplus, and the trade imbalance between China and India is largely the result of differences in their industrial structures," said Sun Weidong, Chinese Ambassador to India, in an interview with The Hindu on Tuesday.

He said China has taken active measures to increase imports from India, including lowering tariffs on some Indian imports to China, sending purchasing delegations to India and assisting in the export of Indian agricultural products and pharmaceuticals to China.

Kochhar said the two countries' long-standing border dispute would also feature as both sides wanted to reduce confrontation or the risk of escalation.

The China-India boundary issue is a complex issue left over from history.

Sun stressed that it's normal for neighbors to have differences, and the key to solving them is to find a solution via dialogue.

According to the Economic Times, the Mamallapuram meeting could pave the way for the next stage of boundary dispute resolution between the two countries and the possible launch of the Line of Actual Control (LAC) clarification process.

Progress made since Wuhan summit

Over the past year, the two sides have actively implemented the important consensus reached between the two leaders in Wuhan, upgraded and improved the quality of China-India relations, which embarked on the track of sound and stable development. 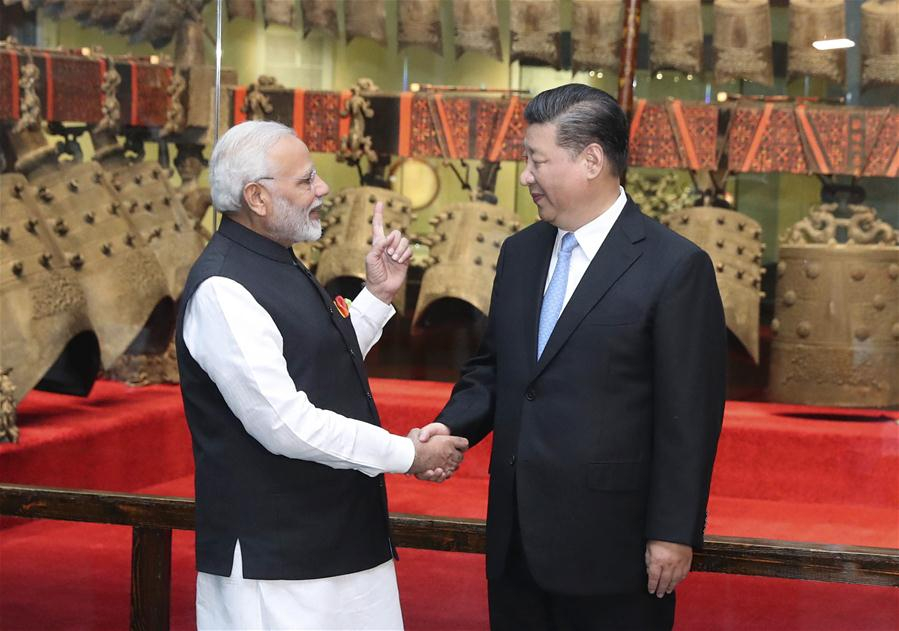 1. Both sides agree that the leaders of the two countries will continue to maintain strategic communication in various forms.

Xi and Modi have met five times on multilateral occasions, and they reaffirmed their judgment that China and India are each other's development opportunities rather than threats.

2. Both sides agree to advance all-round cooperation, strengthen the China-India Closer Developmental Partnership and strengthen dialogue on political issues, security and other areas.

3. Both sides agree to properly manage and control their differences. They agree to use the Special Representatives' Meeting on the Boundary Question to seek a fair, reasonable and mutually acceptable settlement.

The 21st round of talks between Chinese and Indian special representatives on boundary issues was co-chaired by Chinese State Councilor and Foreign Minister Wang Yi and India's National Security Advisor Ajit Doval in southwest China's Chengdu city in November 2018. The two sides agreed to jointly safeguard peace and tranquility in the border areas before a final settlement of the boundary issues.

4. They will tap into the full potential of business and investment cooperation, set new targets, harness positive forces, and explore new ways of cooperation to achieve win-win results.

The two countries have made progress in aligning development strategies. In September this year, the two sides held the 6th Strategic Economic Dialogue and the 9th Financial Dialogue and reached a new consensus on cooperation in policy coordination, infrastructure, energy conservation and environmental protection, high technology, energy and medicine.

China and India continue close cooperation in multiple regional and international cooperation platforms, such as the United Nations, the World Trade Organization, BRICS, the Group of 20, the Shanghai Cooperation Organization, China-Russia-India Trilateral and so on.

The pair also jointly safeguard the common interests of China and India, as well as other developing countries in areas such as climate changes, energy, food security and global governance.