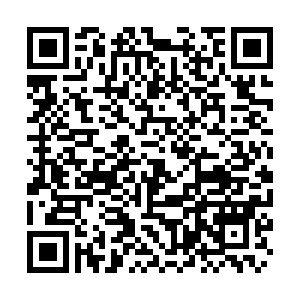 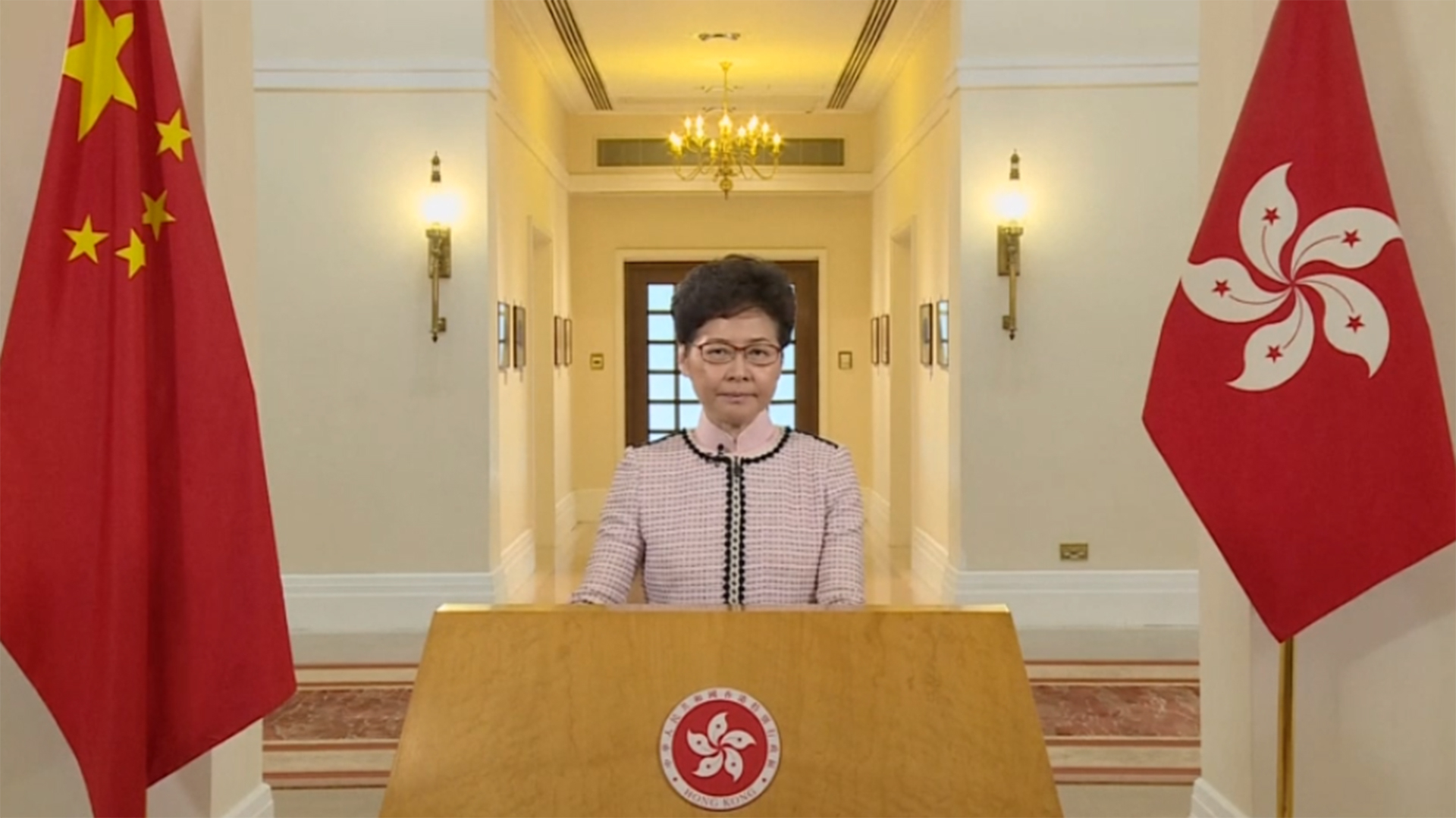 Lam's address lasted 45 minutes, and it was the first time that a chief executive delivered the policy address through a video.

In a news conference held on the same day hours later, Lam reiterated the dire need to stop the violence in Hong Kong and said that this year's policy address prioritizes housing and land supply, delving into some of the most deeply-rooted problems in the society that have fueled public dissatisfaction and are driving the social unrest.

"I hereby set a clear objective that every Hong Kong resident and his family will no longer have to be troubled by or preoccupied with the housing problem, and that they will be able to have their own home in Hong Kong, a city in which we all have a share," Lam told the media, citing a bold attempt to revoke the Land Resumption Ordinance which would enable the government to take back private developers' land for public housing.

"Land is for the purpose of housing, when land has been left vacant and not put in housing use, I say it is right for the government to intervene in order to prevent judicial review," Lam said.

"I have set aside bureaucracy, and been verbal in working on issues and policies that are welcomed by that people but somehow the government has been impeded. We are confident in the outcome." 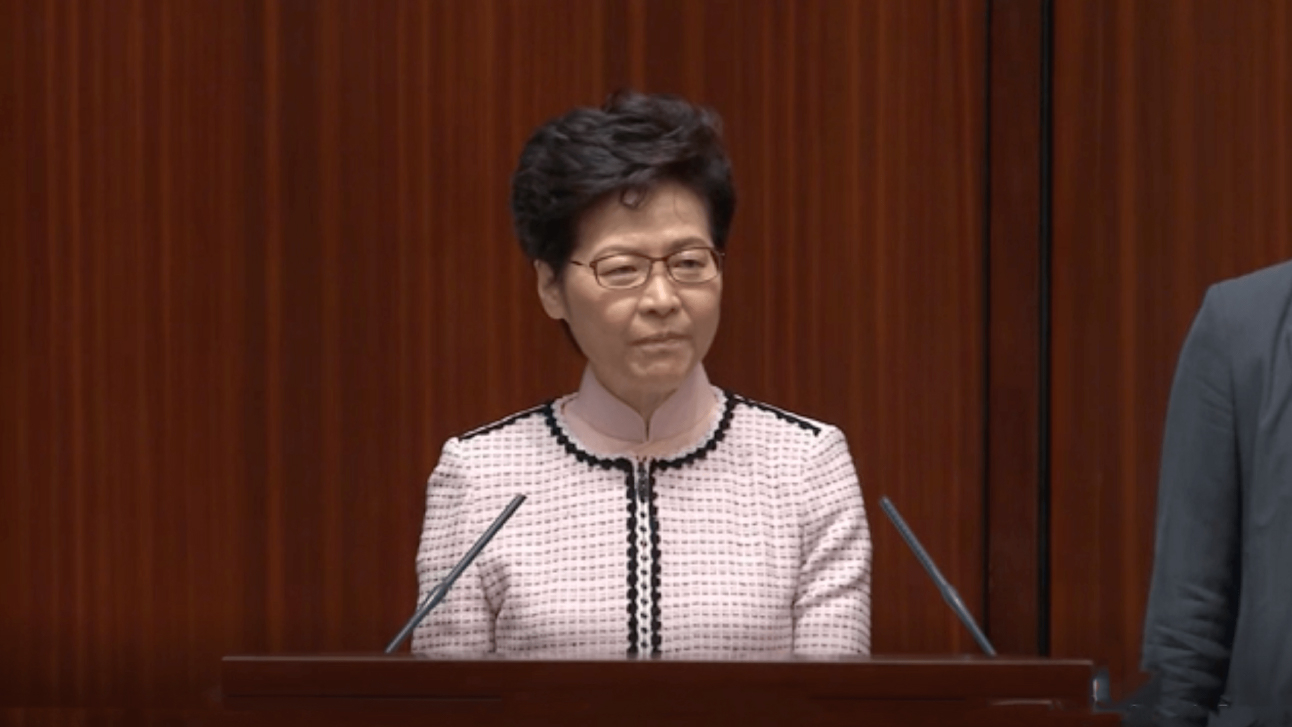 'One Country, Two Systems' is the only way out

"Although Hong Kong has been undergoing unprecedented unrest in the past four months, I have chosen to present this policy address on the scheduled date as planned," Lam said in the video.

Earlier, before the video was released, Lam's speech was disrupted twice by some legislators, and the Legislative Council (LegCo) of the HKSAR had to halt the meeting.

Owing to the current circumstances, the chief executive was not able to deliver the entire policy address at the Legislative Council on Wednesday, a statement on the HKSAR government website said.

In the first part of her address, Lam said that many people were asking, "Will Hong Kong return to normal? Is Hong Kong still a place where we can live safely?" Over 400 demonstrations, processions, and rallies took place in various districts in the past four months, injuring more than 1,100 people and leading to over 2,200 arrests, according to Lam's address.

"During this turbulent and difficult period, we must firmly stick to the 'One Country, Two Systems' policy, and we can emerge from our current impasse," Lam stressed.

The chief executive also reiterated other principles to be firmly adhered to, such as the rule of law, Hong Kong's institutional strengths and the core values of Hong Kong — inclusiveness, integration, and mutual respect.

"With our solid foundation, institutional strengths, and the opportunities afforded by our motherland, as well as the perseverance and strong adaptability of Hong Kong people, I firmly believe that Hong Kong will be able to ride out this storm and move on," Lam said. 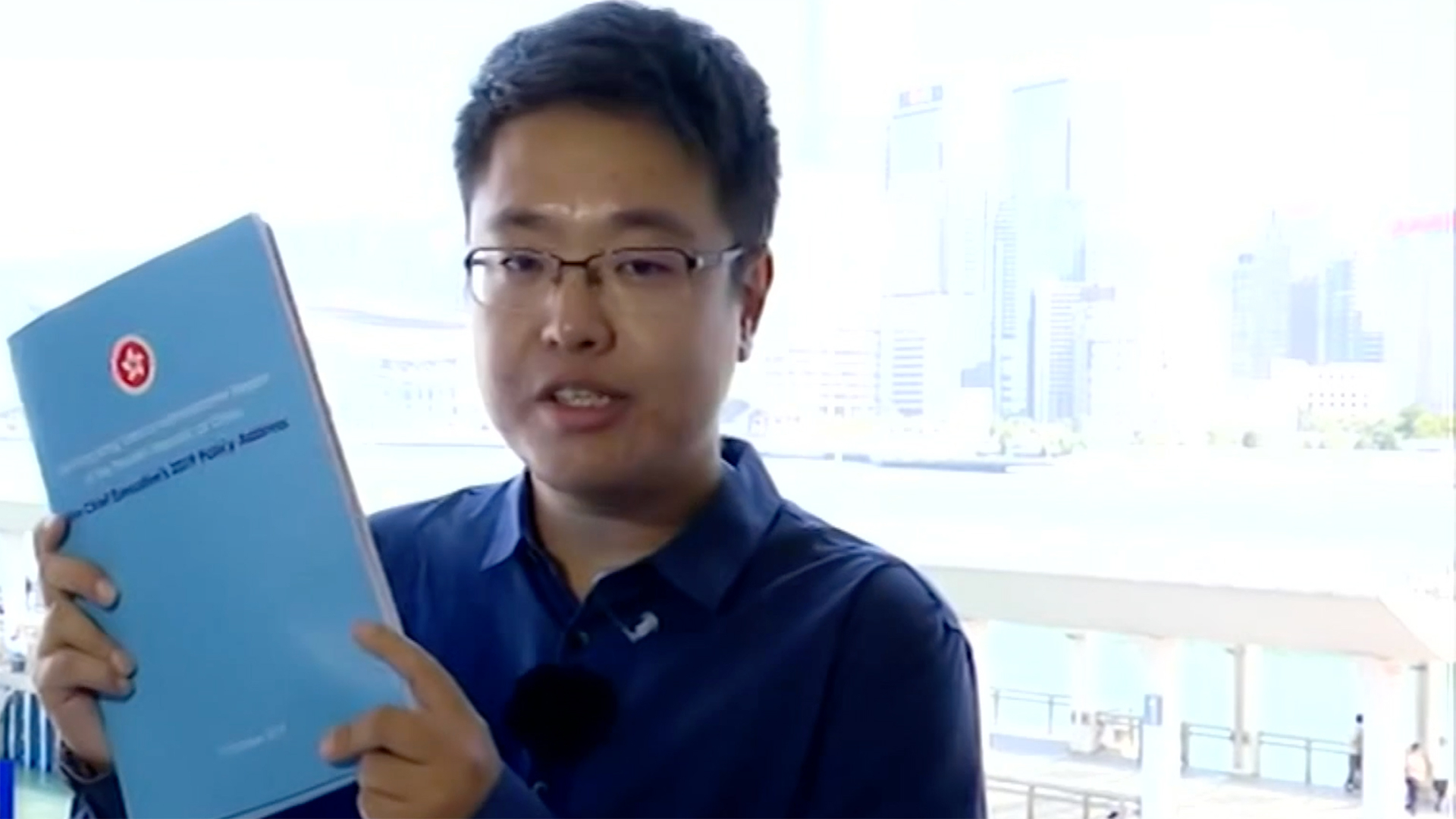 "After taking office, I immediately defined the positioning of our housing policy, indicating clearly that housing is not simply a commodity and that our community has a rightful expectation of the government to provide adequate housing," Lam said.

Lam proposed five billion Hong Kong dollars (just over 637 million U.S. dollars) to increase the number of transitional housing by 10,000 units in the next three years.

In terms of the policy direction on land supply, Lam proposed a government-led approach to land and infrastructure use and the resumption of the eminent domain, which would see unused private land being used for public purposes. 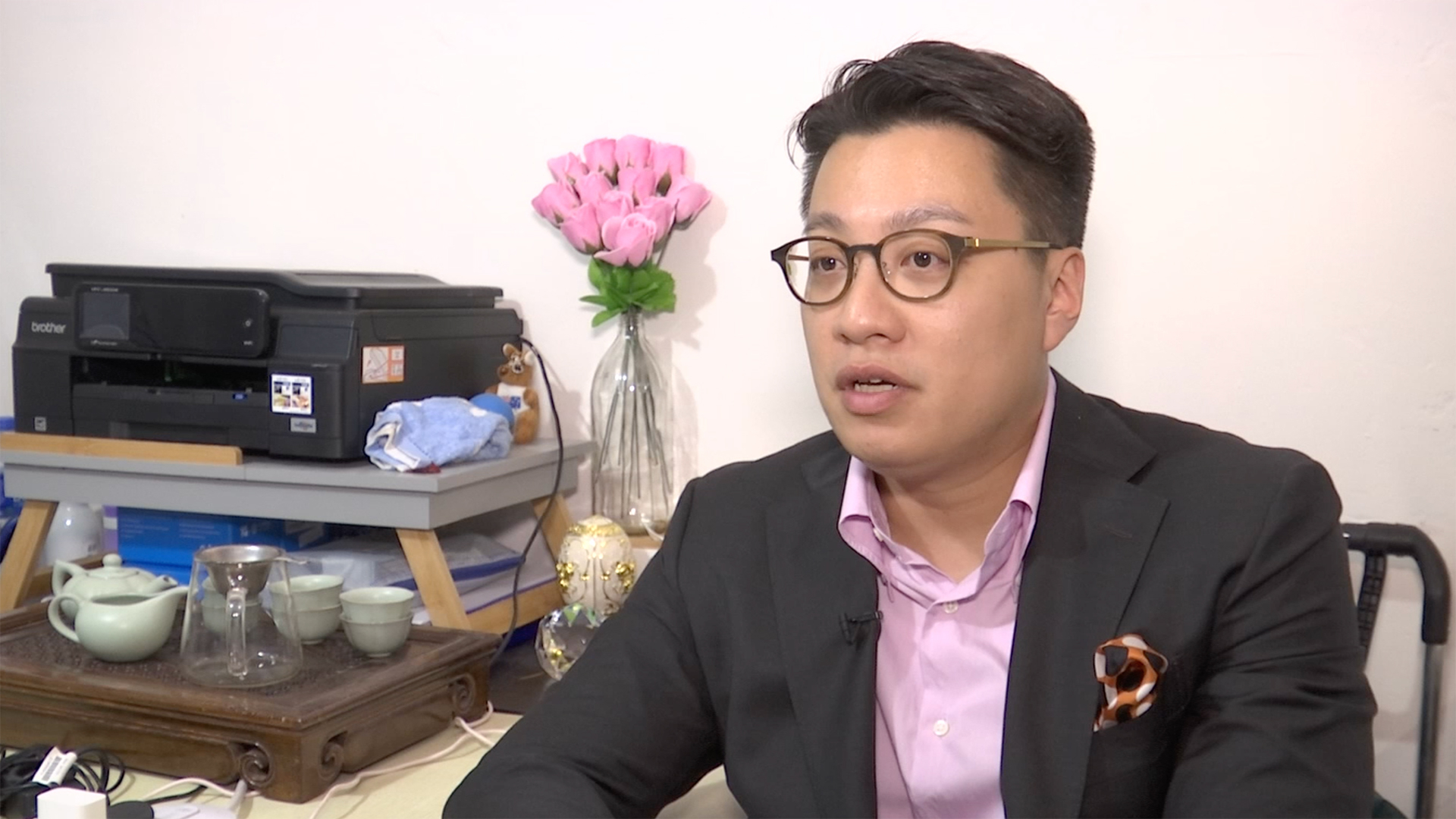 Recurrent spending on welfare and healthcare has increased by 29 percent in the past two years, amounting to 164.9 billion dollars in the 2019-20 estimates, according to Lam's address.

She said the 152 new initiatives to improve people's livelihood announced in her last two policy addresses have largely been completed or are progressing on schedule.

In the first half of 2019, the Hong Kong economy grew modestly by 0.5 percent year on year, the worst performance since the 2009 recession, Lam said, noting that the violent acts in recent months have aggravated the situation and pose an unprecedented challenge to the economy.

Hong Kong releases up to HK$300 billion to support business