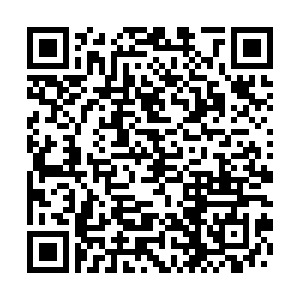 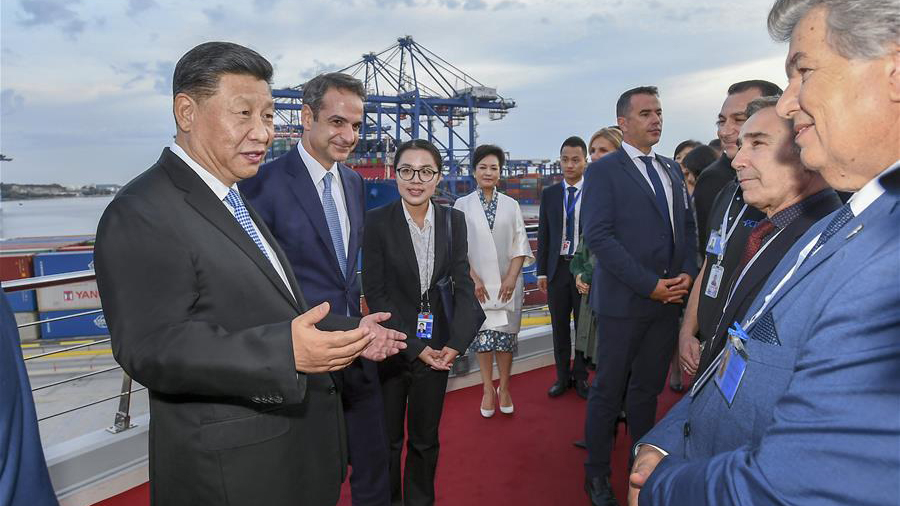 Situated on the Saronic Gulf off the Aegean Sea, Piraeus Port is the largest port in Greece and the second largest in the Mediterranean. It was hit hard when Greece was in a debt crisis.

Local employees welcomed the Chinese president to the port.

They told Xi that they appreciated the investment from China's state-owned enterprise COSCO Shipping when Greece was struggling with debt.

China's investment provided them stable jobs and livelihood in difficult times, they said.

In 2009, a subsidiary of China Ocean Shipping Company (COSCO) started managing the Piraeus Port's container terminals. In 2016, COSCO acquired a majority stake in the port and formally took over its management and operation.

Delighted to visit the port, Xi said that seeing is believing, and that he had witnessed firsthand that the China-proposed BRI was not a slogan or tale, but a successful practice and brilliant reality.

Noting that the BRI upholds the principle of extensive consultation, joint development and shared benefits, Xi said no one makes decisions for others, instead, all participants share responsibilities and benefits in BRI cooperation.

China, in its external exchanges, upholds the right approach to justice and interests, said the Chinese president, adding that he is delighted to know that COSCO's Piraeus Port project was able to help local people through hard times.

Xi called local workers important participants in and contributors to jointly building the Belt and Road as they have helped the Piraeus Port develop well, and wished them success at work and a happy life. 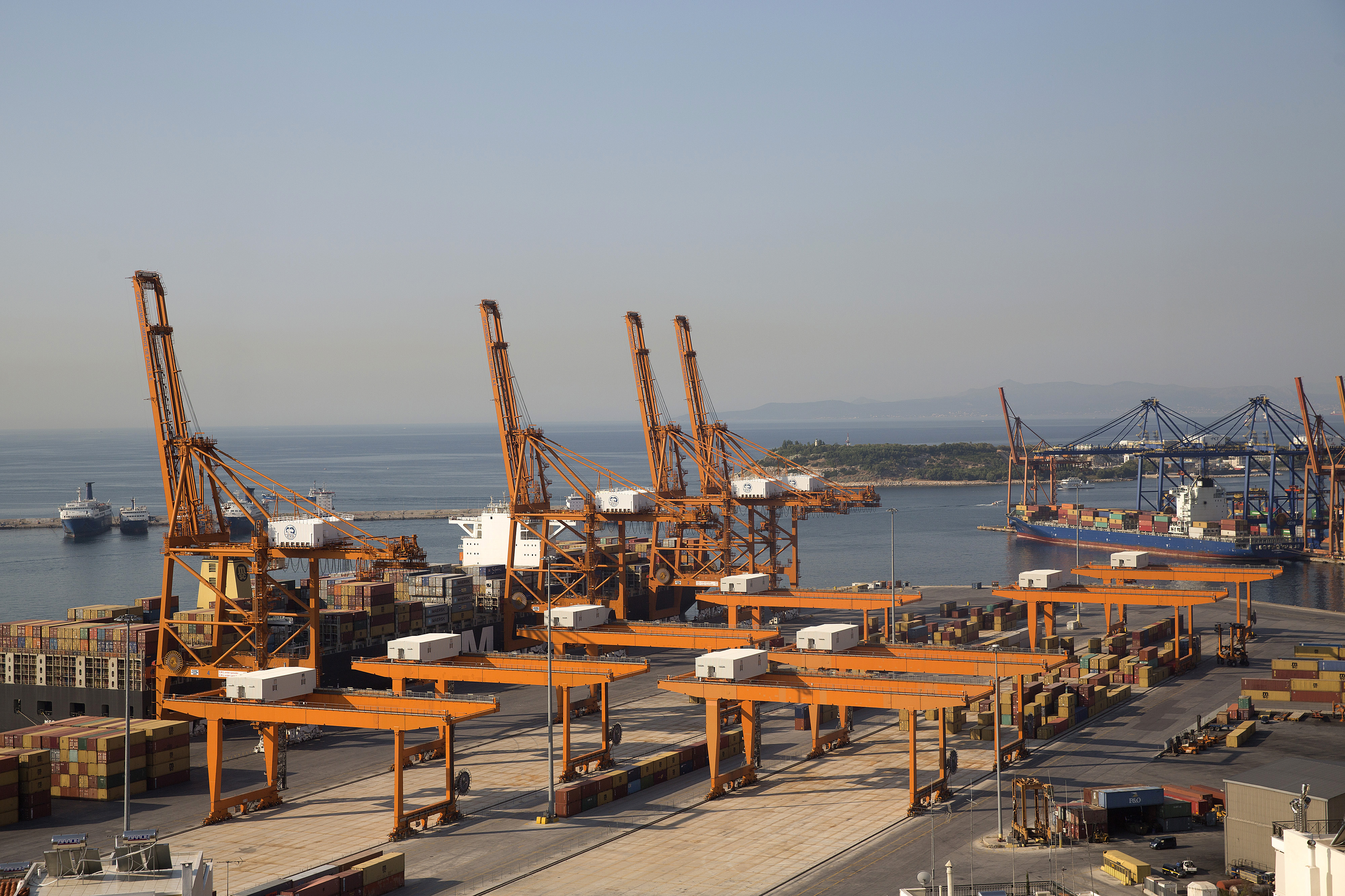 Greek Prime Minister Kyriakos Mitsotakis accompanied Xi on his visit. He said the China-Greece cooperation on the port shows the real meaning of friendship.

With increasing involvement of Chinese companies, the port has turned into an international hub with improved port facilities and capacity.

Xu Lirong, chairman of China COSCO Shipping, said that the company has created more than 8,000 local jobs since 2009. It is expected that the port project by 2025 will increase Greece's revenue by 474.7 million euros (about 523 million U.S. dollars), creating 31,000 jobs.