BRICS contributing to global growth in defiance of protectionism
CGTN 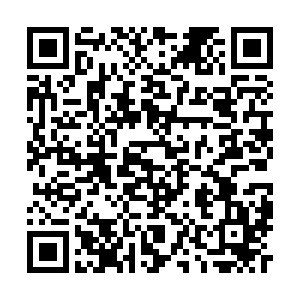 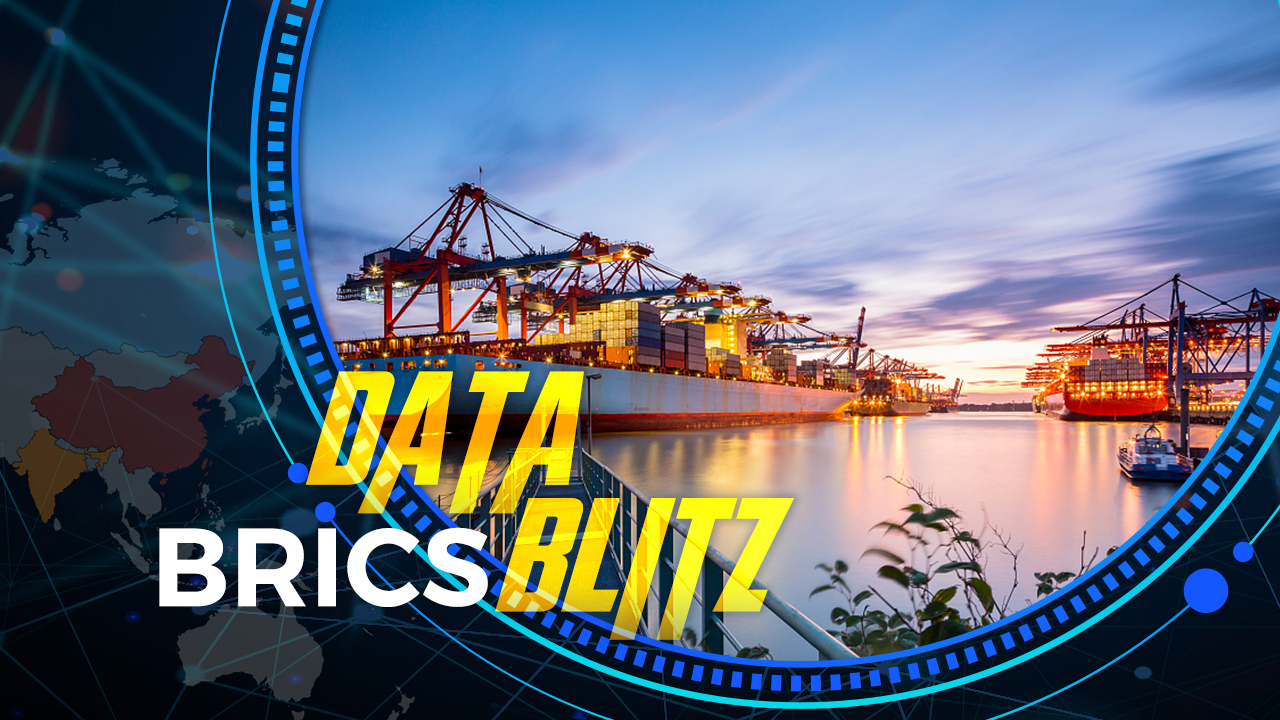 Growing tensions in global trade and emerging protectionism have created headwinds against the global economy. However, BRICS, the bloc of big emerging economies, is forging ahead with initiatives directed at revitalizing regional integration.

The BRICS countries, composed of Brazil, Russia, India, China and South Africa, have been providing valuable support for each other, including forging cooperation in the "Industry 4.0" fields of digitalization, industrialization and innovation, and establishing the New Development Bank to finance infrastructure projects in the developing world.

The bank issued loans for 37 infrastructure projects by September this year, with a total value of 10.2 billion U.S. dollars, while 80 percent of its loans went to transport, clean energy, water and sanitation sectors.

Contributing to the global economy

Goldman Sachs Chief Economist Jim O'Neill coined the BRIC acronym in 2001, and predicted that the emerging economies would eventually account for a much bigger share of global economic output. In 2010, South Africa joined the group, making its acronym BRICS. 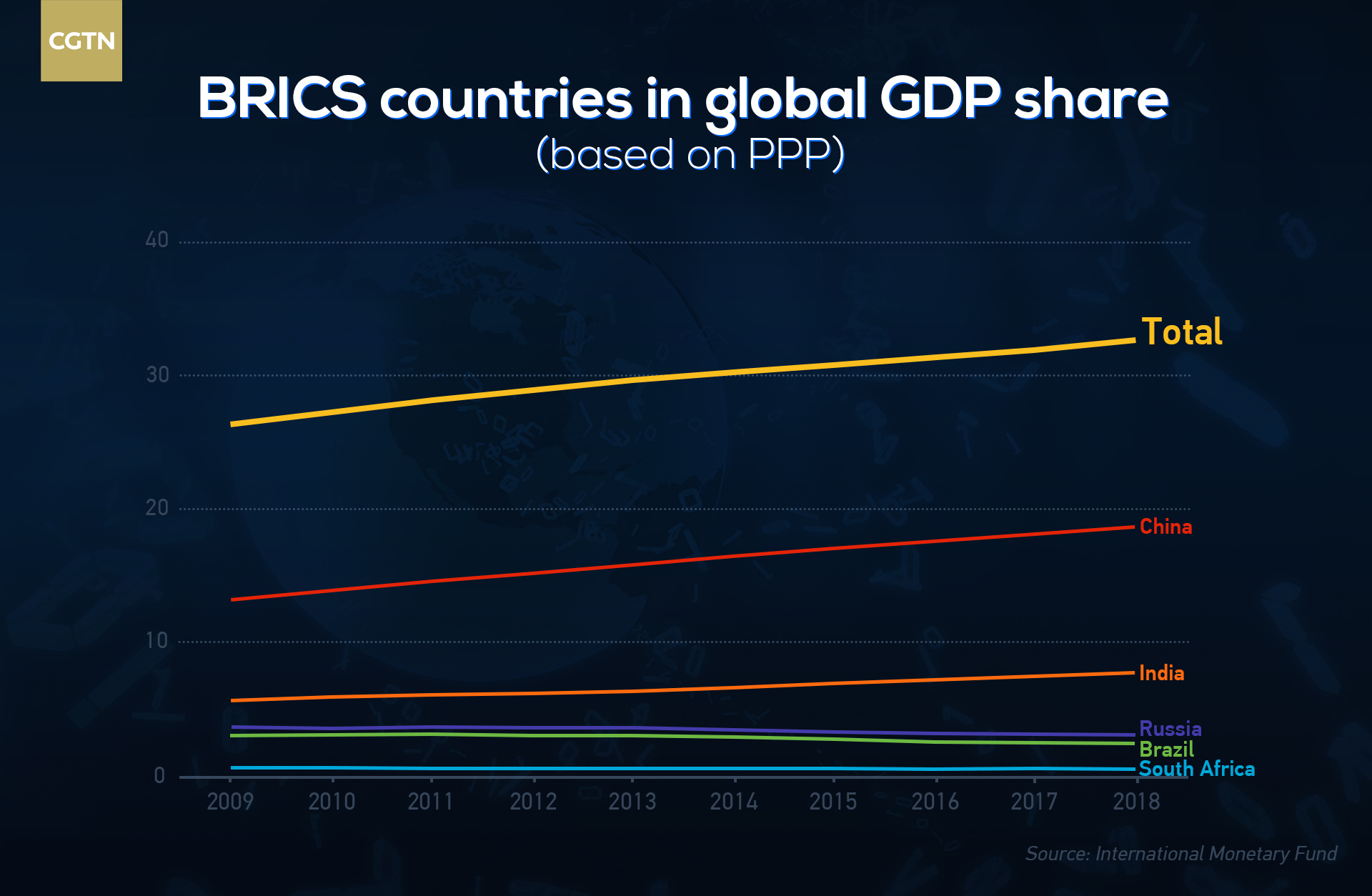 Taking into account purchasing power parity (PPP), the five nations have greatly increased their combined economic heft since the bloc was formed in 2006. The countries went from around 20 percent of the world's GDP in 2006 to more than 30 percent 10 years later.

However, BRICS countries weren't growing at the same pace. China and India were growing exponentially, while Brazil and Russia were affected by commodity prices.

The International Monetary Fund (IMF) predicted in its October report that China is expected to maintain its position as the largest contributor to global growth, adding that the country's share of global GDP growth is expected to fall from 32.7 percent in 2018-2019 to 28.3 percent by 2024. 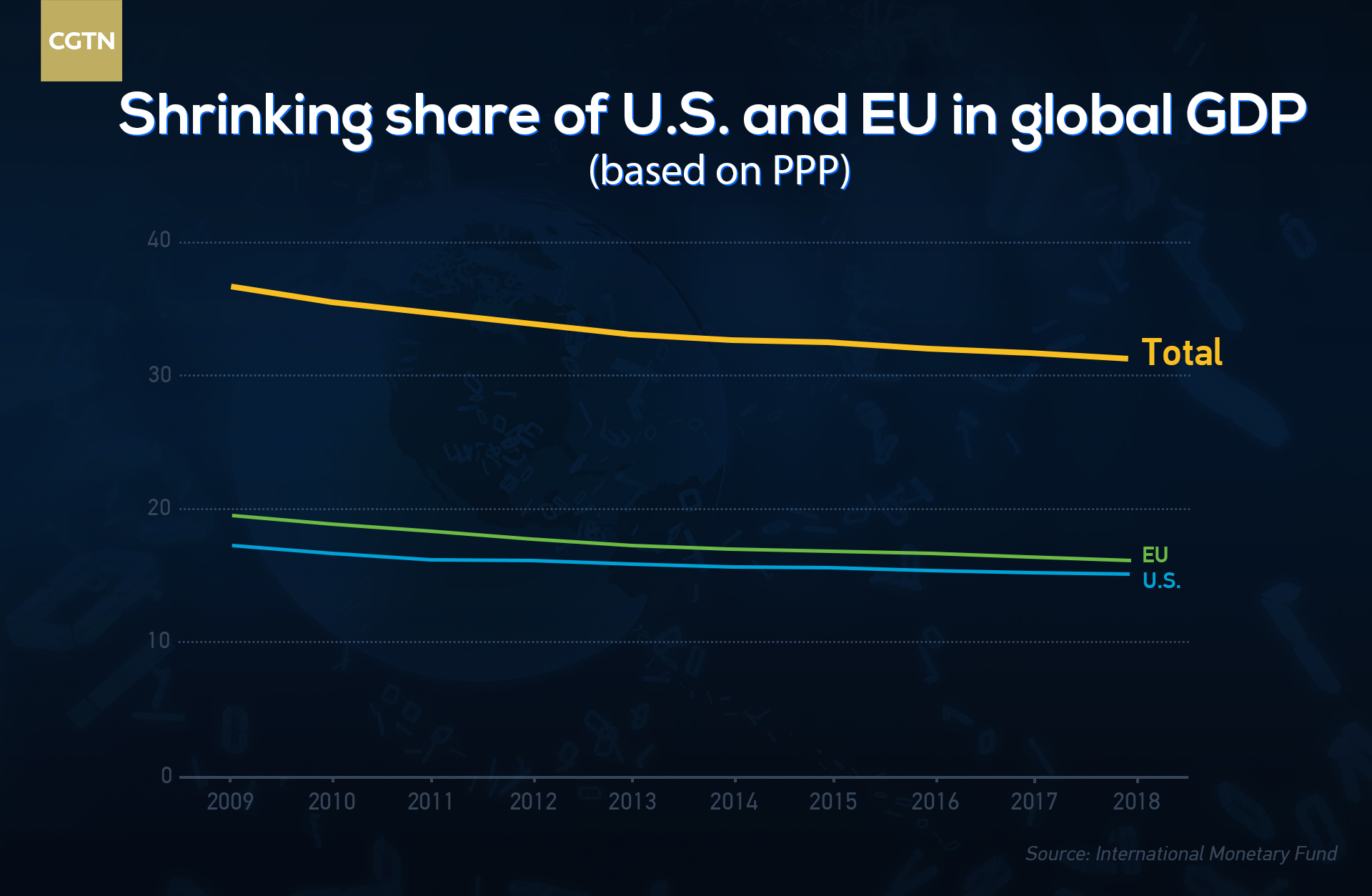 Meanwhile, the U.S. and the EU account for a shrinking share of global economic output. The IMF projected the U.S. to fall to third place in contributing to global growth.

The U.S.' share of global growth is expected to fall to 9.2 percent from 13.8 percent by 2024, while India's share is projected to rise to 15.5 percent, replacing the U.S. as the second-largest contributor to global growth.

Industry 4.0 cooperation among the BRICS countries

Different from the first three industrial revolutions, Industry 4.0 represents an intelligence-intensive instead of labor-intensive production mode. The leaders of the BRICS countries initiated partnership at their 2018 annual summit in adapting to the trend of the new industrial revolution and facilitating the economic transformation and upgrading of the five countries. 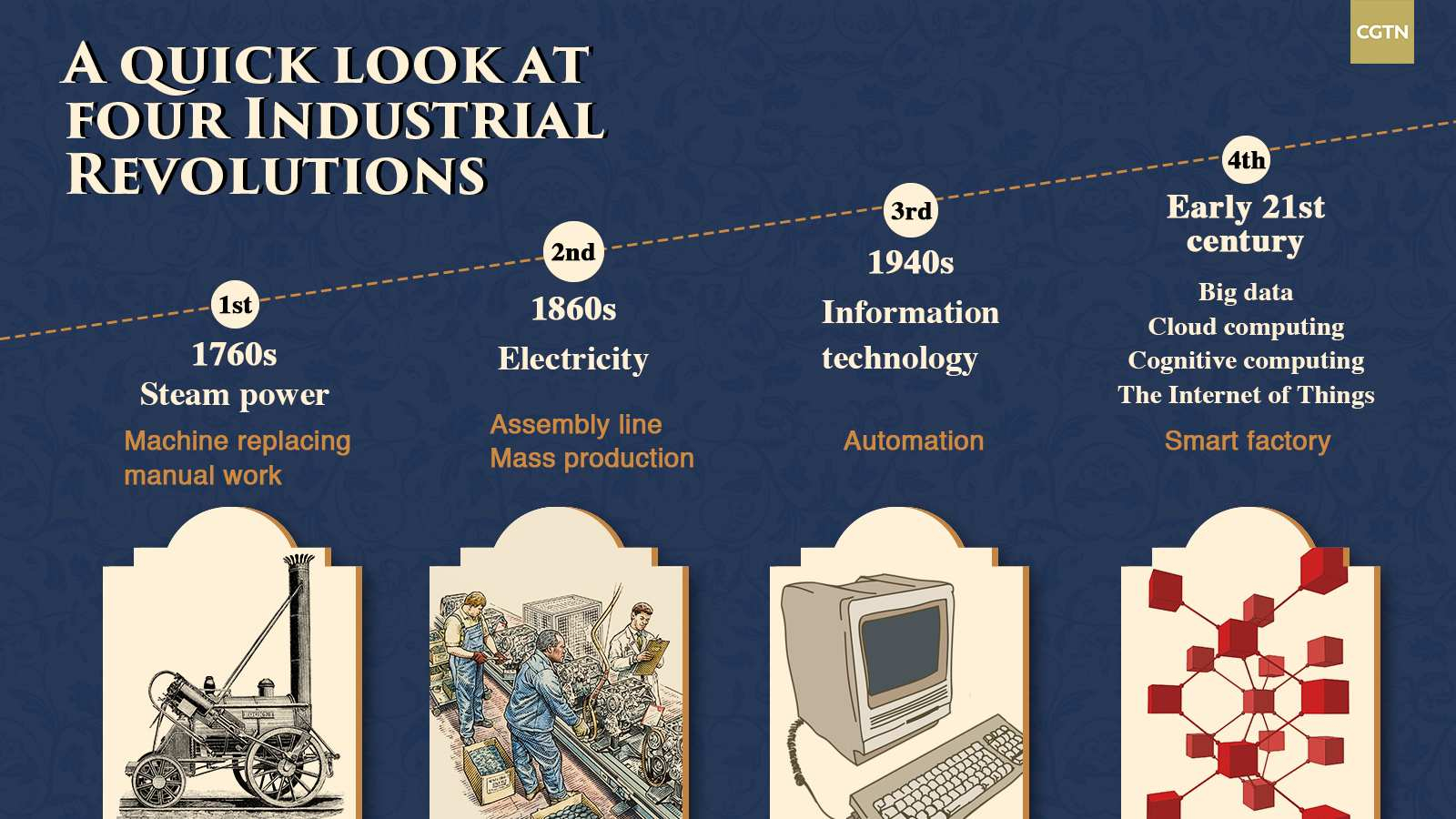 Known as the Partnership on the New Industrial Revolution (PartNIR), the initiative aims to deepen BRICS cooperation in the fields of digitalization, industrialization and innovation.

Speaking at a presser last week, Chinese Vice Foreign Minister Ma Zhaoxu said that the building of the PartNIR has made gratifying progress over the past year. He added that China looks forward to working with all parties to accelerate the building of the PartNIR, deeply tap into the potential for cooperation in specific projects, and inject strong momentum into the five countries' high-quality development.

The 11th annual BRICS summit will take place in Brasilia, capital of Brazil, from November 13 to 14.