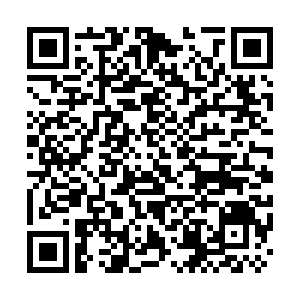 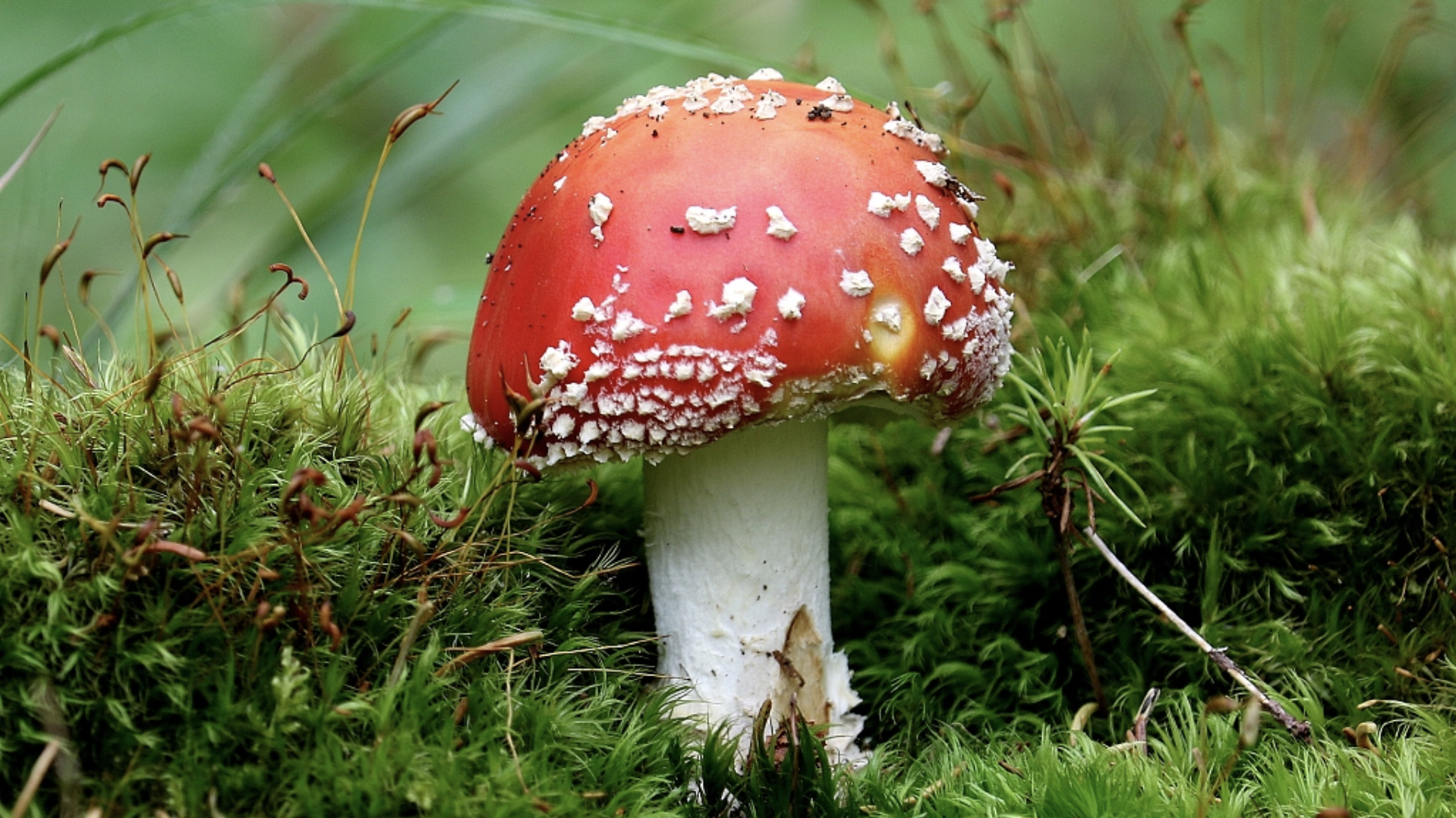 In the fantasy novel "Alice in Wonderland," there is a magic mushroom that can make Alice change in size. Its magical properties are said to have been inspired by the hallucinogenic effect of the fly agaric mushroom. Often red with white dots on its head, the highly toxic mushroom is the real-life version of one of the most iconic elements in fantasy fiction.

When the fly agaric is young, its cap is entirely covered by the white or yellow warts. As it grows older and the cap gradually expands, the white warts are more or less evenly distributed on the cap, and its color emerges. Though red is the most well-known color, the fly agaric can also be orange or yellow.

In the temperate and subarctic regions of the Northern Hemisphere, groups of fly agaric are often found close to birch and pine trees. Recurring in the same spot for several years, they develop a mutually beneficial relationship with the trees. The huge trees supply the fly agaric with carbohydrates, and the mushrooms help the trees better absorb water and minerals. 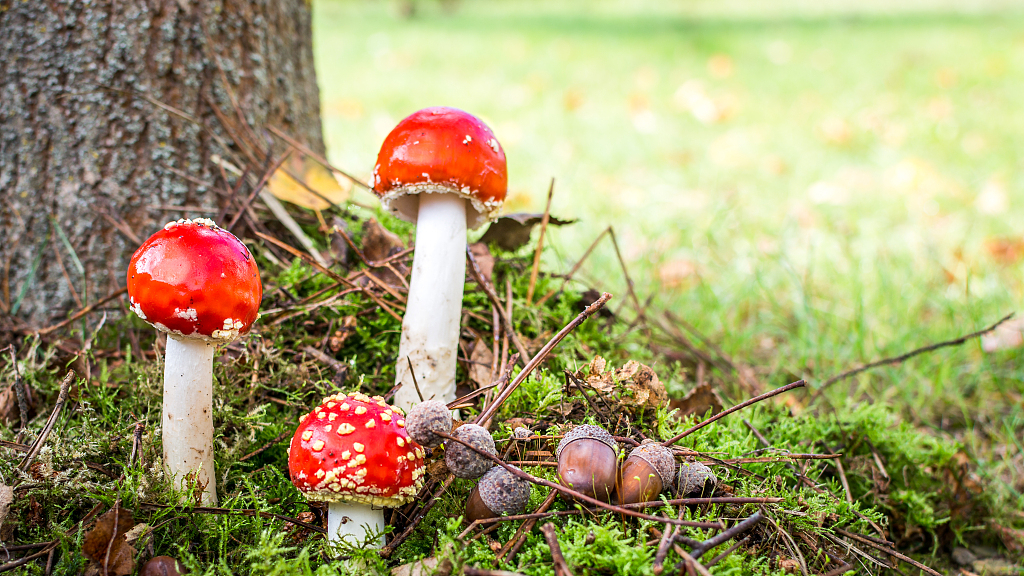 A cluster of fly agaric under a tree. /VCG Photo

A cluster of fly agaric under a tree. /VCG Photo

No matter how cute they look, the fly agaric is poisonous. German bishop Albertus Magnus made the earliest record of the mushroom in the 13th century. According to him, the fly agaric got the name because it used to be mixed with milk as an insecticide to kill flies. The mushrooms have also been used in religious practices for its hallucinogenic effect, especially in Siberia.

The main psychoactive chemical compounds in fly agaric are ibotenic acid and muscimol, which are mostly contained in the cap. They mimic the neurotransmitters in the brain and result in a feeling of intoxication. However, they are not the same as the psychoactive chemicals associated with the magic mushrooms that are regulated and prohibited in many countries. The effects of magic mushrooms come from psilocybin and psilocin. 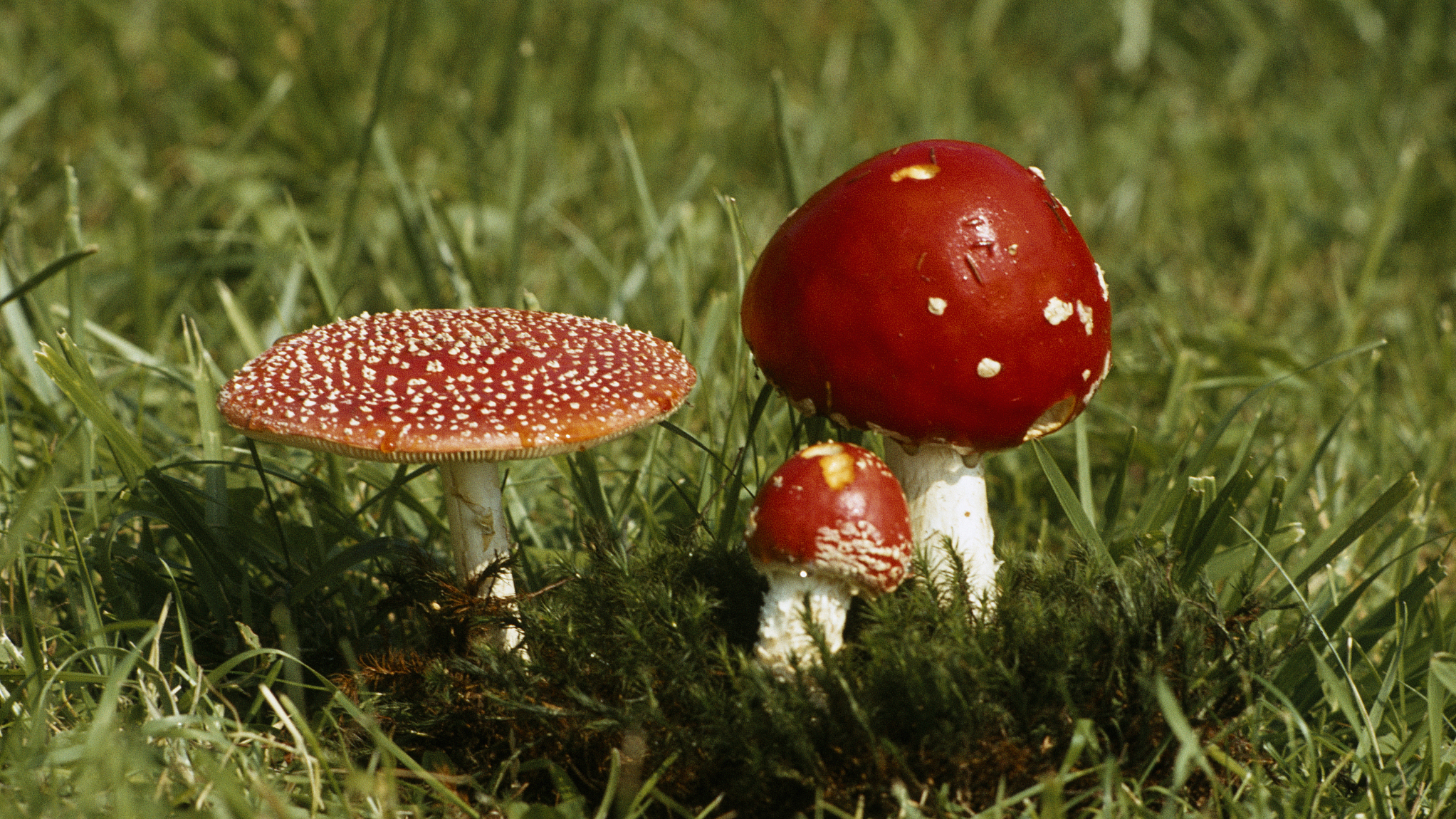 Since the psychoactive chemical compounds in fly agaric are water-soluble, boiling can partly detoxify the mushrooms. However, eating fly agaric has never been widespread, only practiced in several countries.

If people accidentally eat dried fly agaric, they might feel drowsy, nauseous, sweat and hallucinate. The symptoms vary from person to person and depend on the quantity consumed. In the past 100 years, there are no reliably documented cases of death due to fly agaric, according to the North American Mycological Association. 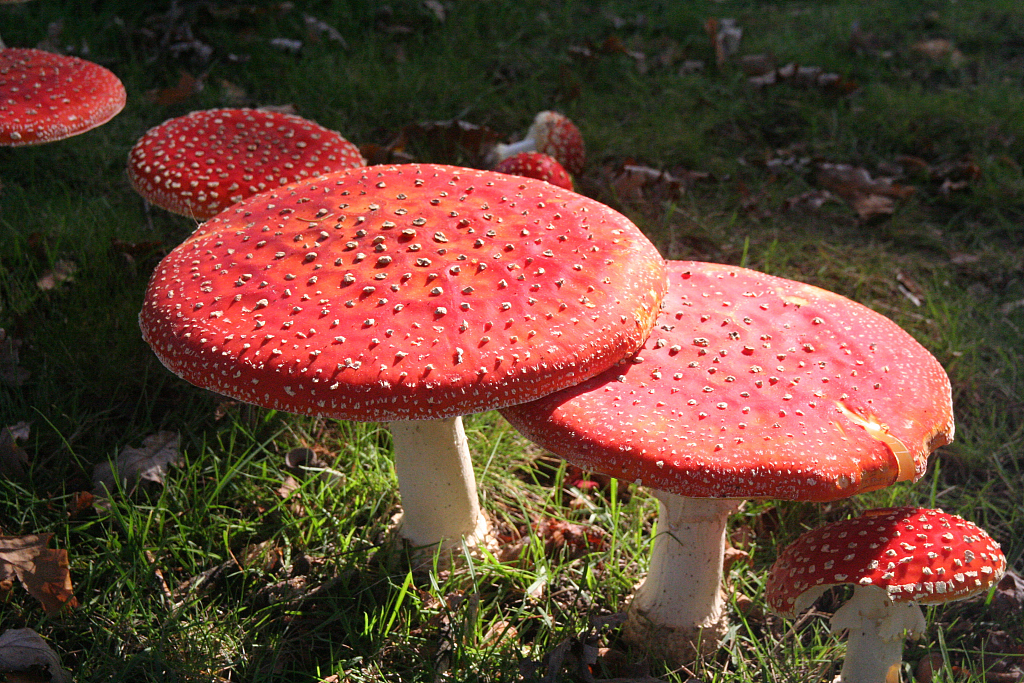 Another interesting thing about fly agaric is that it might be the inspiration for Santa Claus and other Christmas traditions. According to the theory, the story of Santa comes from shamans in the Siberian and Arctic regions who would drop a bag of hallucinogenic mushrooms as presents in late December. The mushrooms like gifts, are found beneath pine trees, which accord with the symbiosis between fly agaric and pine trees.

Christmas decorations in the shape of fly agaric are also prevalent throughout the world, particularly in Scandinavia and northern Europe. They often symbolize good luck and are depicted in Christmas cards. 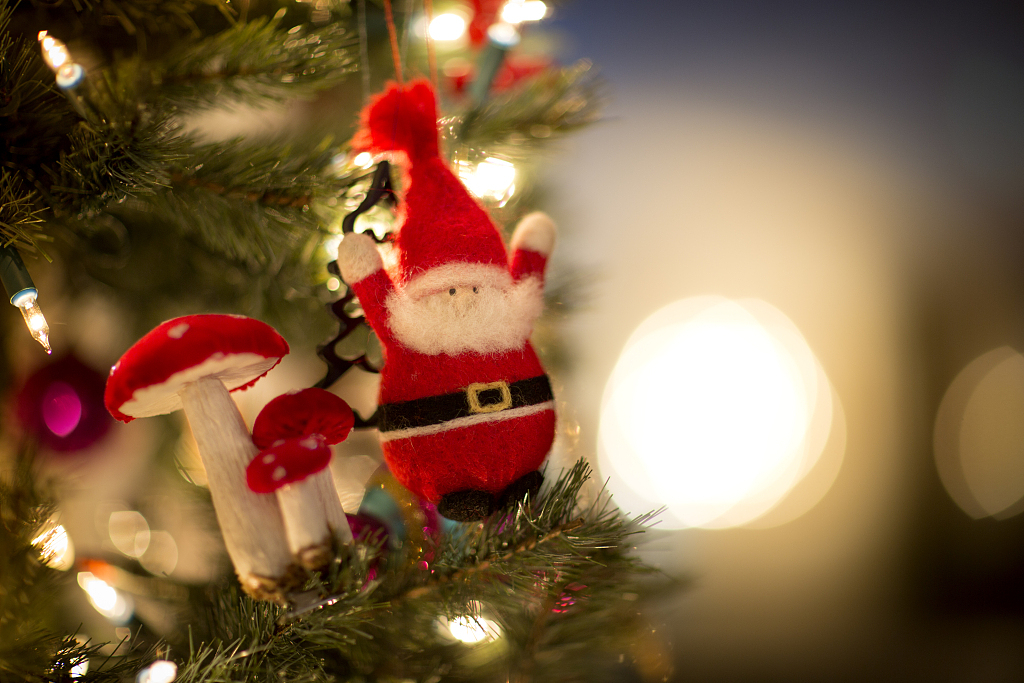 Christmas decorations in the shape of fly agaric. /VCG Photo

Christmas decorations in the shape of fly agaric. /VCG Photo

(Cover image and video via VCG.)