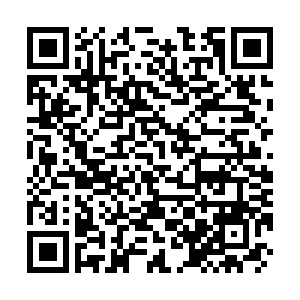 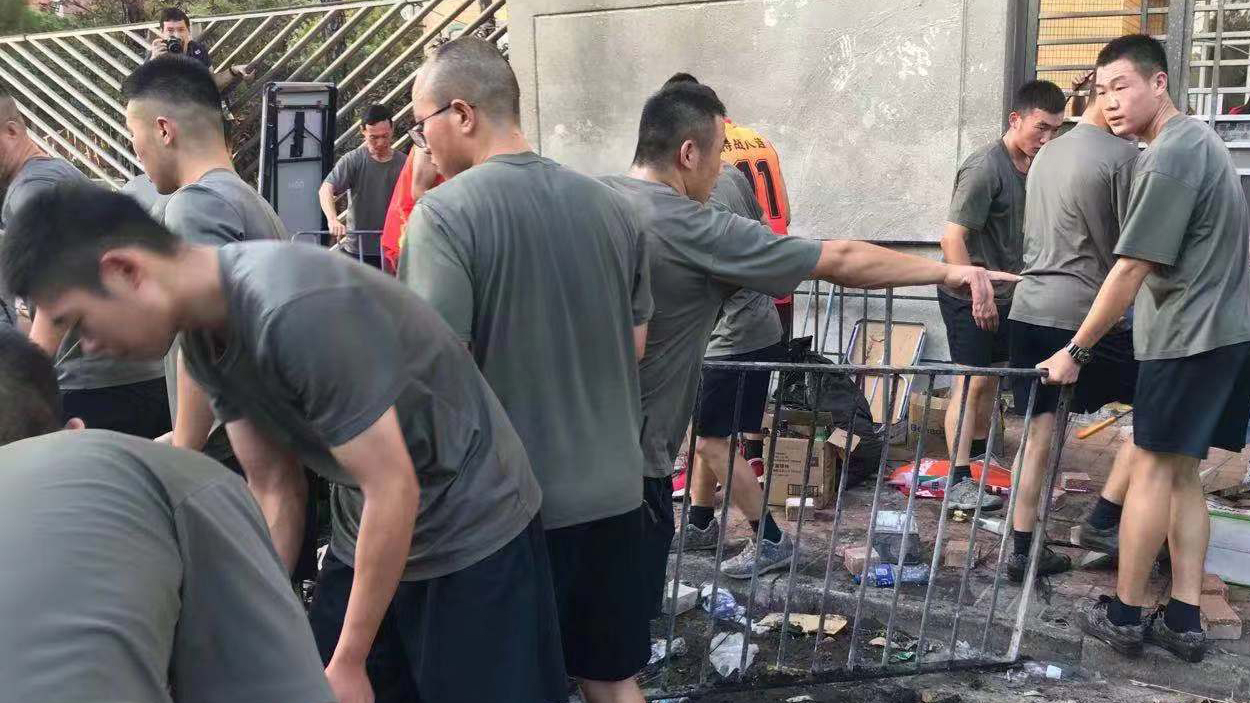 Editor's note: Wang Zhenmin is the former dean of the Tsinghua University School of Law and director of the Hong Kong Basic Law and Macao Basic Law Research Association. The article reflects the author's opinions, and not necessarily the views of CGTN.

On November 16, a group of officers from the Hong Kong Garrison of the Chinese People's Liberation Army (PLA) volunteered to clean up roadblocks and debris from the streets of Hong Kong.

For politicians and media in the West, this act has become an excuse to question the motives of the PLA and the legitimacy of Hong Kong's rule of law. Many of them took to social media to push fabricated stories and predictions that paint a dire picture of Hong Kong's future and its residents' freedom.

Except, they forgot, or deliberately ignored, the fact that PLA officers' action on Saturday was legal, logical, and reasonable.

The law requires the PLA to notify Hong Kong authorities before undertaking any "military activities." But this wasn't a military activity. These officers were dressed in plain clothes and were unarmed. Their actions on the streets weren't the result of official directives that could be construed as interfering in local affairs. And they are free to go out of the garrison to conduct normal activities. There are no clauses or articles in the Basic Law or the Garrison Law that state PLA officers are forbidden from volunteering in charitable activities that benefit the city. 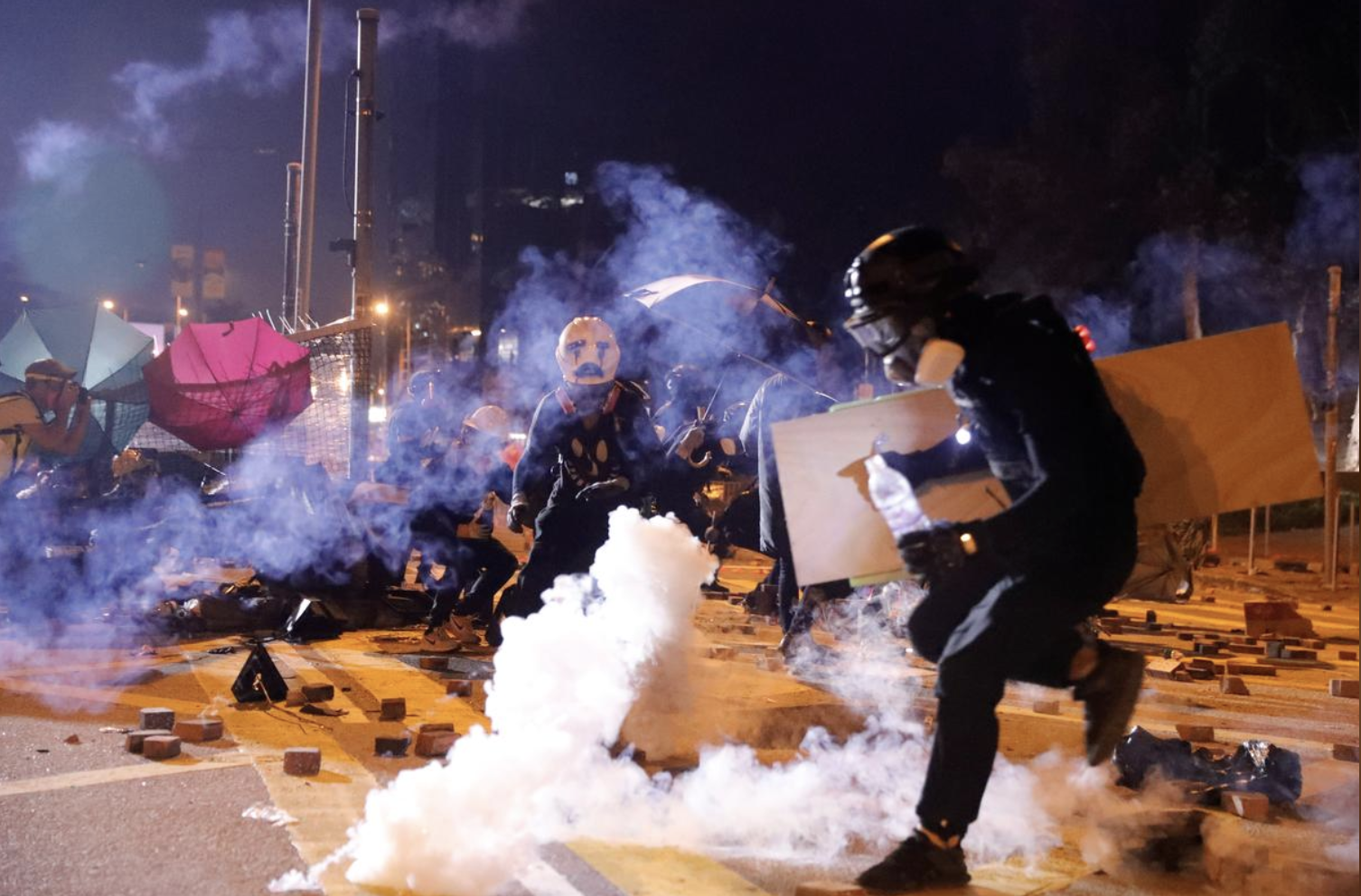 And it is logical for these officers to indulge in such acts. PLA's Hong Kong Garrison shoulders the safety of Hong Kong under the Basic Law and the Garrison Law. It is imperative that they could mobilize at a moment's notice. All the bricks and barricades on the streets and the damaged infrastructure are creating enormous difficulties for the PLA to execute their responsibilities. Clearing the path is conducive to fulfilling their duties and benefit the general public.

Most importantly, and what many doubters have forgotten, is that outside their official capacity, PLA officers are part of Hong Kong. They are stationed here, and they are a component of the operation of the city. For the past months, they have seen and endured the same chaos, violence, and bloodshed like other residents in Hong Kong have had. They've hoped for the restoration of peace and civility in the same intensity as the public has. Who has any right to deny them of their wish to contribute to the city?

Many are questioning the PLA, yet they are not questioning the violence by the rioters. They choose to not raise the issue that petrol bombs and open violence and beating up of innocent residents on the streets are tearing apart Hong Kong's rule of law. They have not raised the issue that these rioters are destroying the city and brazenly asking for a pardon. They have zeroed in on a charitable action by a group of officers who have every right to what they did on Saturday, ignoring all the other illegal, illogical, and unreasonable actions done to the society.

Francis Bacon once said: "The safety of the people is the supreme law." This is the principle the People's Liberation Army abides by. They have shown that they are here to protect Hong Kong. They are responsible stakeholders of the city, just like other residents in Hong Kong are. It is time for all those who cherish the city to act and restore peace and prosperity.