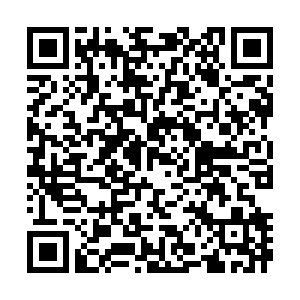 The Chinese Ambassador to the UK has warned of British interference in the Hong Kong Special Administrative Region (HKSAR), urging the British side to immediately stop condoning violence acts.

Ambassador Liu Xiaoming made the comment Tuesday local time in London when meeting with the British Foreign Secretary Dominic Raab, urging the British side to "grasp the situation."

According to a statement put out on the embassy website on Wednesday, Liu also expressed strong dissatisfaction and opposition over recent remarks made by the UK on the Hong Kong situation in the meeting.

Liu said protests in the Asian financial hub now are not about "freedom" or "democracy" as some Western media and politicians are claiming but pure violent crimes that have trampled on the rule of law and social order in Hong Kong, destabilized its stability and prosperity, and also challenged the bottom line of the "One County, Two Systems."

Speaking about the case of Simon Cheng, who told British broadcaster the BBC that he'd been "tortured" by police during his Chinese mainland detention, the Chinese ambassador said Cheng's legitimate rights and interests were protected in accordance with the law and Cheng also confessed to his crime.

Cheng, a 28-year-old Hong Kong resident and former employee in Britain's Hong Kong Consulate, was arrested in August and detained for 15 days for soliciting a prostitute in Shenzhen.

He was released on August 24.

China's foreign ministry earlier responded to the abuse claim at Wednesday's daily briefing, saying the Chinese ambassador would definitely not accept the so-called "concerns and negotiations" from the British side.

Murderous violence in Hong Kong 'must not be tolerated': China's ambassador to UK

(Cover: Chinese Ambassador to the UK Liu Xiaoming holds media briefing on the Hong Kong situation in London, November 18, 2019. /Photo via Chinese embassy in the UK)