Graphics: China's democracy at a community level
By Zhao Hong 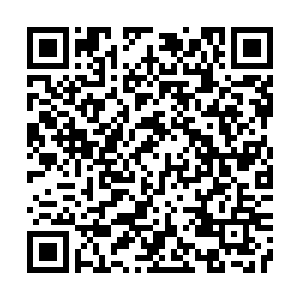 A communique released after the fourth plenary session of the 19th Central Committee of the Communist Party of China (CPC) last month in Beijing said China's state and governance systems enjoy 13 notable strengths.

Here, CGTN explains to you the second: "Seeing that the people run the country, promoting the people's democracy, maintaining close ties with the people and relying on them to push forward the country's development."

"Commitment to the organic unity of Party leadership, the running of the country by the people, and law-based governance is a natural element of socialist political advancement," Chinese President Xi Jinping said in a report delivered at the 19th National Congress of the CPC on October 18, 2017.

In this report, he emphasized the significance of keeping to the path of socialist political advancement with Chinese characteristics and upholding and improving the system of community-level self-governance. 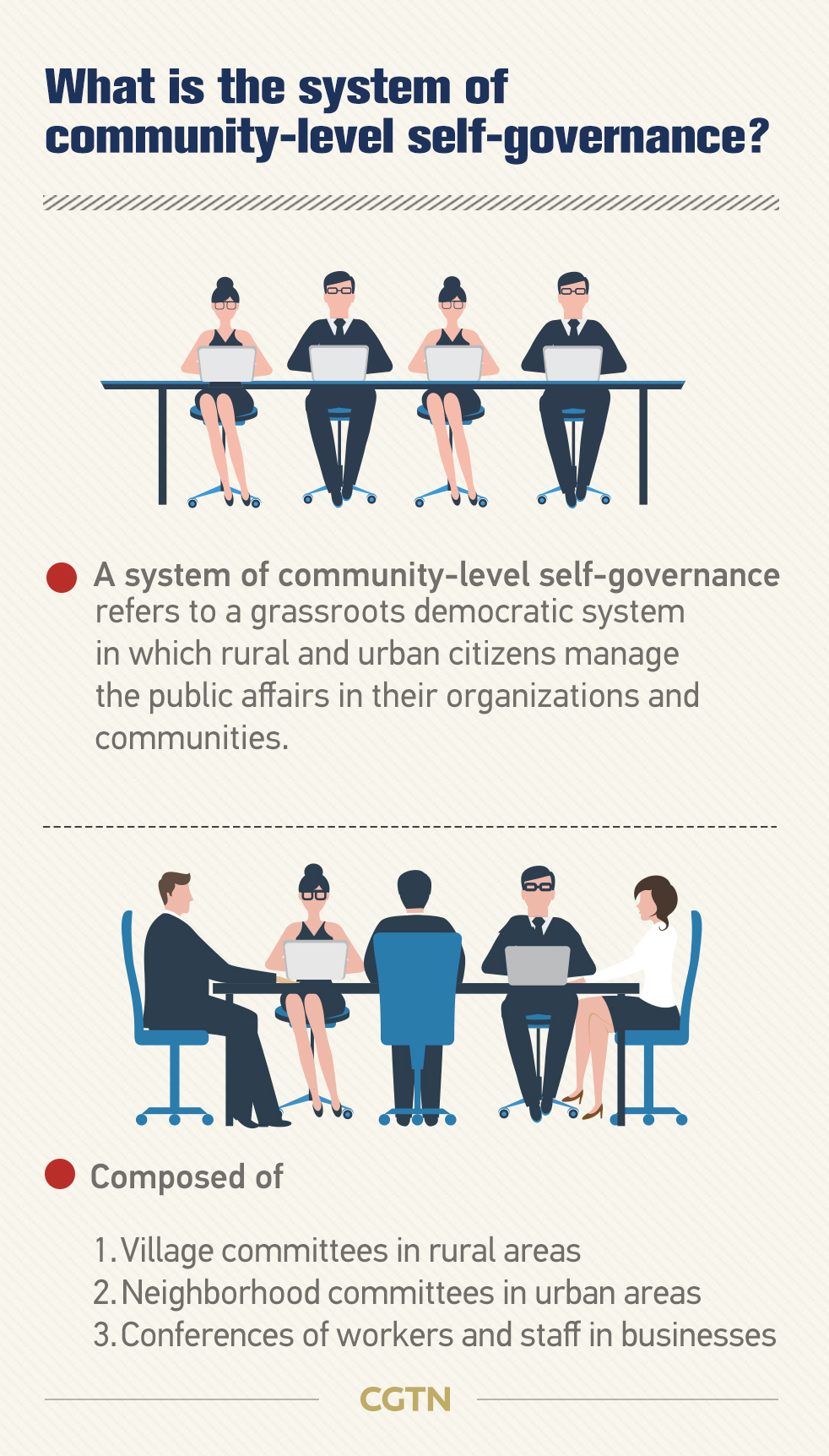 The system of community-level self-governance was formally established as a fundamental system to adhere to in improving the socialist political system at the 17th National Congress of the CPC.

Composed of the villagers' committee in rural areas, neighborhood committee in urban areas and conference of workers and staff in businesses, the system enables members to carry out democratic elections, decision-making and supervision.

Under the framework, villagers and urban residents directly nominate and elect the chairman, vice-chairman and members of the committee.

Using the election of a village committee as an example, the graphic illustrates the democratic process of grassroot organization self-governance.

In 2018, there were 650,000 grassroots self-governing organizations in the country, including 542,000 village committees and 108,000 neighborhood committees. A total of 276,000 committees completed elections throughout the year, with 280 million registered voters and 230 million who cast their votes.

The election of villagers' and neighborhood committees went through some twists and turns before reaching its current form.

In 1987 and 1989, the sixth and the seventh National People's Congress (NPC) Standing Committee respectively issued the Organic Law of Villagers' Committees and the one of Neighborhood Committees, stipulating that the chairman, vice-chairman (vice-chairmen) and members of the committees shall be directly elected by the people.

Before that, the cadres of the grassroots committees were appointed by higher levels of government. The change marked a major development in China's grassroots democratic political construction.

"We should develop socialist consultative democracy, improve our democratic institutions, diversify our forms of democracy, and establish more democratic channels. We must see to it that the principle of the people running the country is put into practice in China's political and social activities," Xi said in his report to the 19th CPC National Congress.

Read about the first advantage of CPC's leadership: