What film legacy have we inherited from 2019?
Deng Junfang 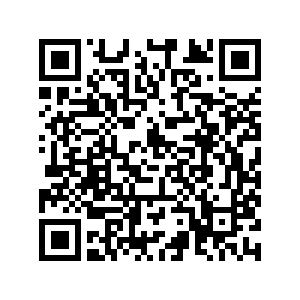 2019 witnessed numerous Chinese homegrown films make a name for themselves with critics and audiences alike, with many out-grossing Hollywood productions.

Eight out of the ten juggernauts at the box-office were domestic productions. Animation "Ne Zha" came first, raking in 710 million U.S. dollars. That was more than "The Lion King," "Toy Story 4" and "Captain Marvel" at their domestic box office (North America) combined. 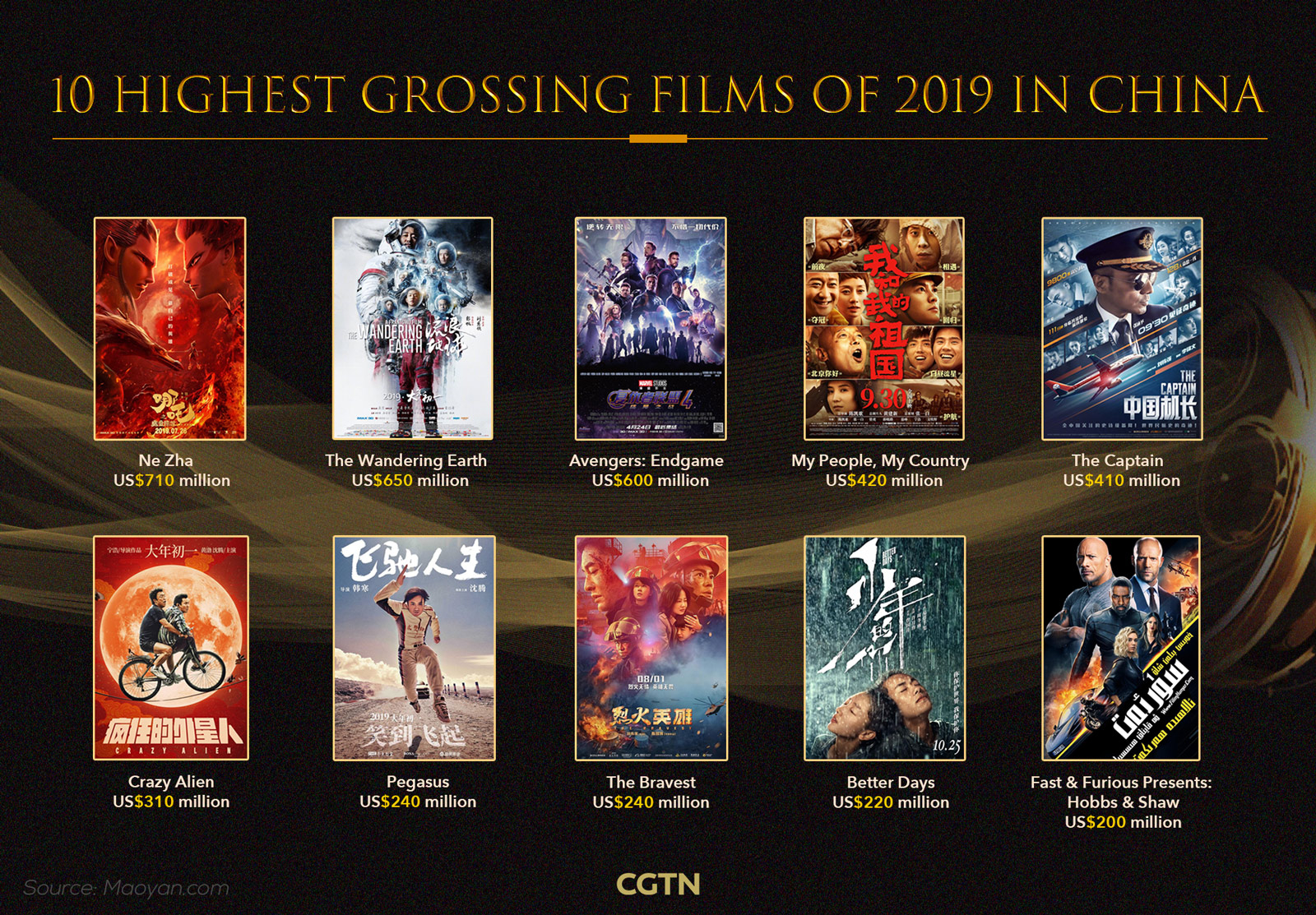 Chinese animation and sci-fi movies roar across the horizon

This summer, a rebellious buck-toothed slouchy child melted millions of hearts. "Ne Zha," a deity in a Chinese folk story with thousands of years of history, was brought to life in the animated film of the same name.

Born as a devilish ball of flesh, Ne Zha was cursed to become a destructive demon before birth. He tries every effort to break stereotypes and wins people's hearts eventually. Many have labeled "Ne Zha" as a record breaker for Chinese animated films, not merely for sales revenues, but also for its elaborate technology and content.

2019 is destined to be a symbolic year for Chinese sci-fi films with the huge success of "The Wandering Earth" released in the beginning of the year. When talking about the film, critics and insiders have all chosen one specific word: milestone.

"When water flows, a channel gets formed," said La Peikang, chairman of the Board for the China Film Co., Ltd.－the main production company behind "The Wandering Earth." During an interview with CGTN back in February, La explained the appearance of successful domestic sci-fi film is the natural result of economic development, which has also extended into the film industry.

A tough win for Hollywood franchises 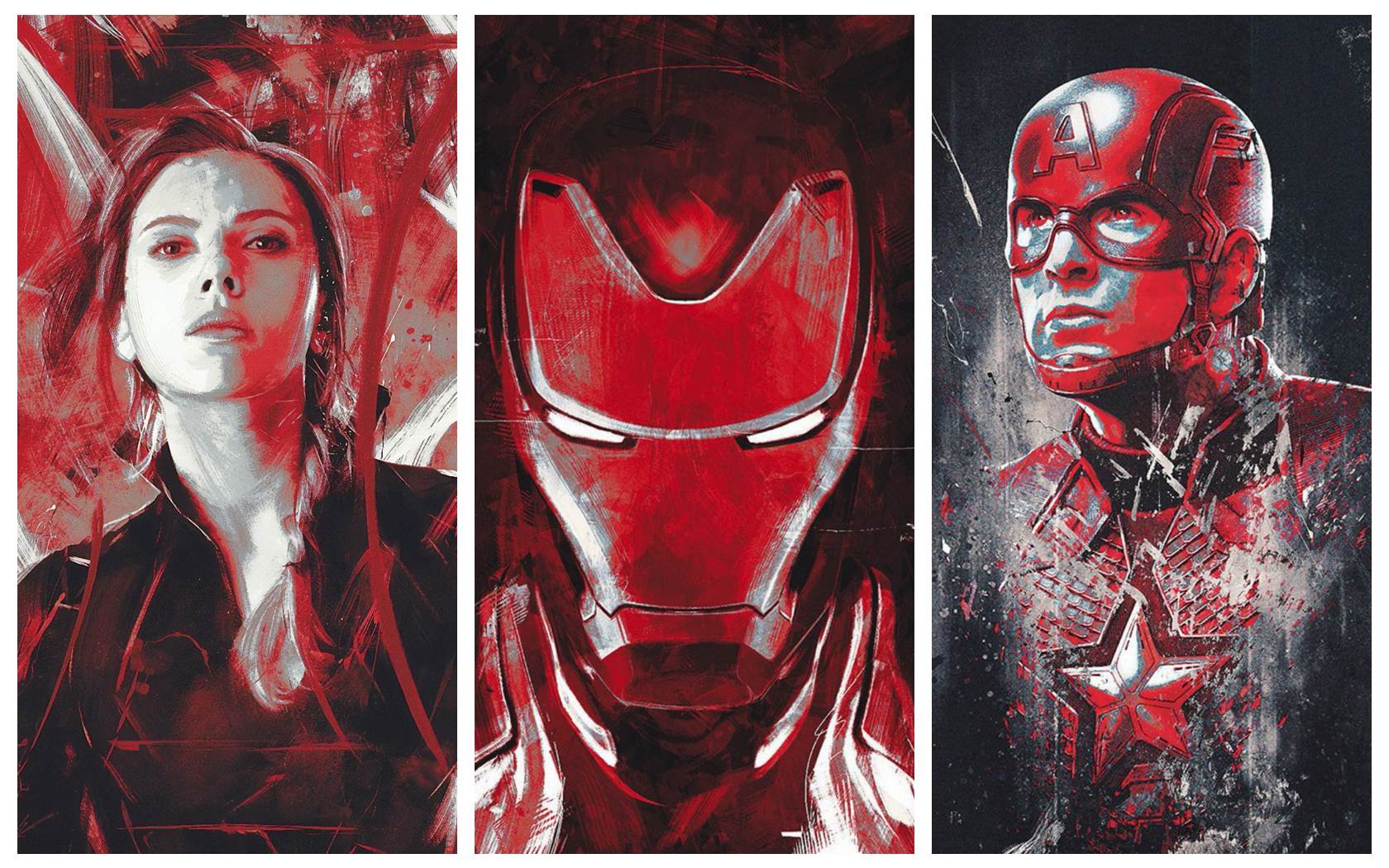 Hollywood superhero series "Avengers: Endgame" hit Chinese cinemas by storm even before it was officially released in April. Pre-sales of the film exceeded 100 million yuan (14.9 million U.S. dollars) just in 10 hours after the sale started.  A number of movies even changed premier dates in order to avoid head-on competition.

As the last chapter of Marvel Studios' decade-long franchise, "Avengers: Endgame" brought back many fans' childhood memories. Lines of the film, self-edited videos, posters and designed pictures of the superheroes and long articles were posted on social media sites, including Sina Weibo, WeChat and Douban, among others.

Another Hollywood production on the top 10 list was sci-fi action comedy "Fast & Furious Presents: Hobbs & Shaw." The film didn't follow the storyline of a drag racing group, but centered on an unexpected pair of antagonistic spies. It seems audiences weren't really buying the story, as the film scored only 6.3 points out of 10 on Douban, a leading movie reviewing platform in China.

Hollywood productions witnessed the "franchise fatigue" in 2019 in China. A slew of its sequels hit record-low profits compared to previous installments, including "Men in Black: International," "Godzilla: King of the Monsters" and "X-Men: Dark Phoenix."

Directors behind the "My People, My Country" attend an event promoting the film. /VCG Photo

Directors behind the "My People, My Country" attend an event promoting the film. /VCG Photo

This year marks the 70th anniversary of the foundation of the People's Republic of China (PRC). Several patriotic-themed movies were made for the celebration. Among them, "My People, My Country" and "The Captain" were the most successful.

In 158 minutes, "My People, My Country" tells seven stories of historical moments in China and how people's lives were changed with the transformation of the country. Those seven landmark events include the founding of PRC in 1949, the successful explosion of the first atomic bomb in China in 1964, and the return of Hong Kong to China in 1997.

Adapted from a true story, the adventure film "The Captain" focuses on an incident that happened on May 14, 2018, when the cockpit windshield of a Sichuan Airlines flight shattered while the plane was flying at 30,000 feet. Captain Liu Chuanjian braved the intense cold and blasting wind to land the plane in about 20 minutes. All 128 people aboard the Airbus A319 survived.

"We've been working hard to develop our own ways to tell Chinese stories. Only by building a solid cultural system of our own can we have profound cooperation with other countries in film making," said Huang Jianxin, a multi-award-winning director and also chief producer of "My People, My Country." 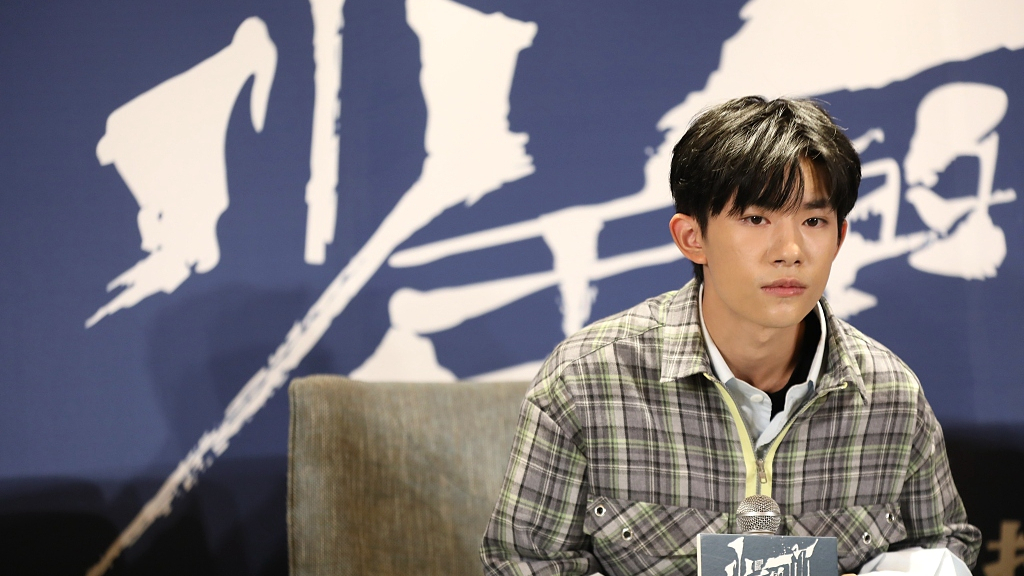 "The Bravest," focuses on firefighters, a group of people who have rarely been depicted in artistic works. Chinese writer Bao'erji Yuanye interviewed 188 firefighters for his non-fiction book "Tears Are the Deepest Water," which was adapted into the film.

The story is based on actual events that transpired on July 16, 2010, when a port in Dalian City, northeast China's Liaoning Province, caught fire after explosions in two pipelines. It took some 2,000 firefighters more than 15 hours to extinguish the fire. A firefighter lost his life, and another was severely injured.

Another movie, "Better Days" touched on school bullying and follows an elite candidate of college entrance examination Chen Nian, who is unwittingly involved in a school accident. The heroine meets teenager hooligan Xiaobei in a desolate situation, and the two support each other even though they grew up in different environments, and eventually changed each others' fates. The film sparked a widespread discussion of school bullying. Many netizens said they resonated with Chen because they were bullied in school too.