In The Spotlight: Five political players to watch in 2020
CGTN 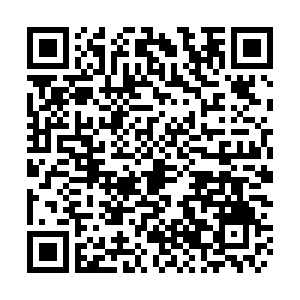 2020 is set to be a bumper year of political intrigue, with elections and impeachment on the agenda in the United States and a hangover of uncertainty reigning in regions around the world.

Here are five politicians – some on the way up, some who could be on the way out – to keep an eye on over the next 12 months:

Shinzo Abe is already Japan's longest-serving prime minister, and there are rumblings that he hopes to stay on as Liberal Democratic Party leader in a bid to achieve his long-held ambition of revising the country's pacifist constitution.

The 65-year-old has had some major successes, including concluding a trade deal with the EU and pushing through a revamped Trans-Pacific Partnership after the U.S. withdrawal. 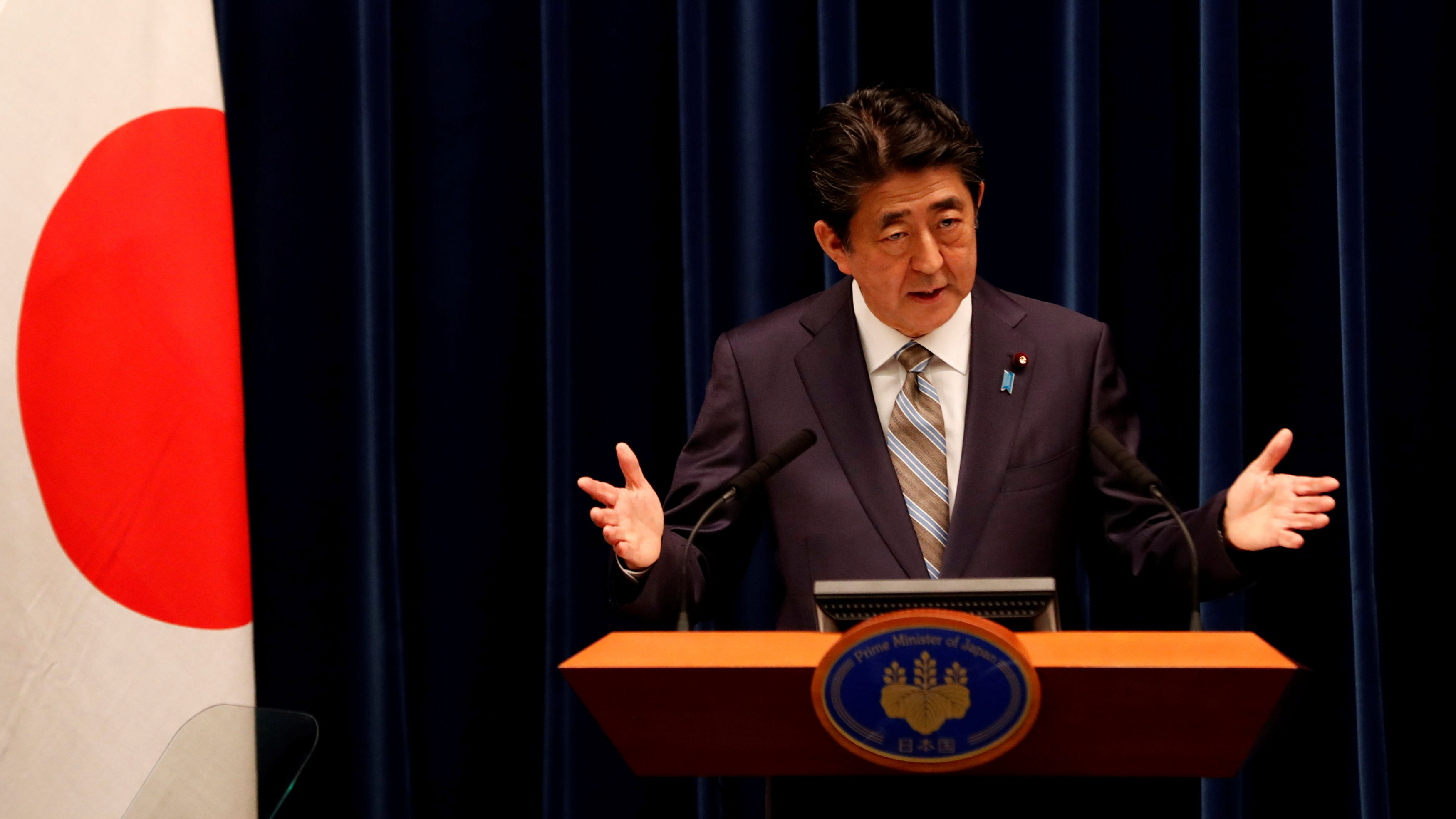 The problem for Abe is that heading into 2020 the economy is weakening and his government is tinged with scandal – and he has the declining ratings to prove it. Abe was backed by just 38 percent of the respondents in a late December poll for the Asahi newspaper, while more than 60 percent told Kyoto News in November he should not stay on for another term.

The prime minister also has a downturn in relations with South Korea to deal with, and for all his efforts to woo U.S. President Donald Trump, he has yet to formalize a trade deal with Washington and must negotiate a White House demand for Japan to increase payments fourfold for U.S. forces stationed in the country.

There's no election in Japan in the year ahead, but it is likely to test Abe and his ability to deliver constitutional reform.

One news story will thread through 2020 and have an impact far beyond the borders of the United States – the battle for the White House, which will reach a finale in November.

While the Republicans will, impeachment-permitting, be represented by Donald Trump, the drama of which Democrat will take on the incumbent president will begin in earnest with February's Iowa caucuses. 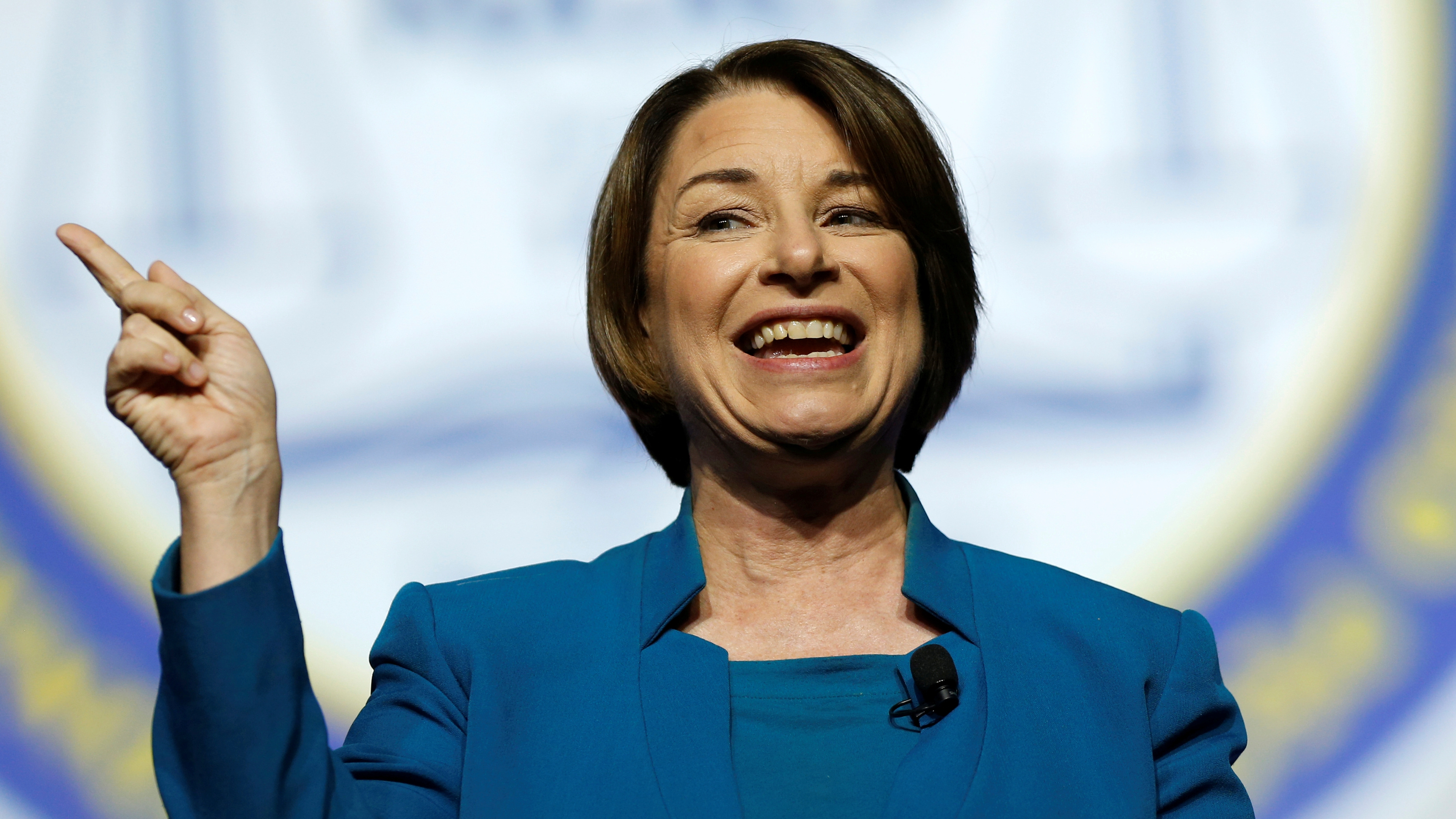 Former vice president Joe Biden has stubborn support and both Elizabeth Warren and Bernie Sanders remain in contention, while South Bend, Indiana Mayor Pete Buttigieg has risen to the top of the polls in Iowa and New Hampshire. But Amy Klobuchar, the Minnesota senator, is the dark horse candidate as 2019 draws to an end.

Klobuchar is still far from a household name. She's performed well in debates with quick wit and a "Midwest electable" pitch, yet hasn't really broken through in the polls. But she has survived as others have fallen around her, and slowly gained media traction.

As the Democratic convention approaches in July Klobuchar may be out of the picture, and the conversation may have turned to running mates – Stacey Abrams and Kamala Harris are often cited for multiple candidates – but don't bet against the Midwestern senator causing an upset.

Benjamin Netanyahu, the veteran Israeli prime minister, had a tough time in 2019: He failed to form a government after indecisive elections in April and September and was indicted for bribery, fraud and breach of trust.

The final challenge of the year came on Boxing Day with a challenge to his leadership of the Likud Party – finally, there was something for Netanyahu to smile about. He comprehensively beat challenger Gideon Saar to retain the top job by a 72-28 percent margin, and is now likely to lead his party into a third election within 12 months. 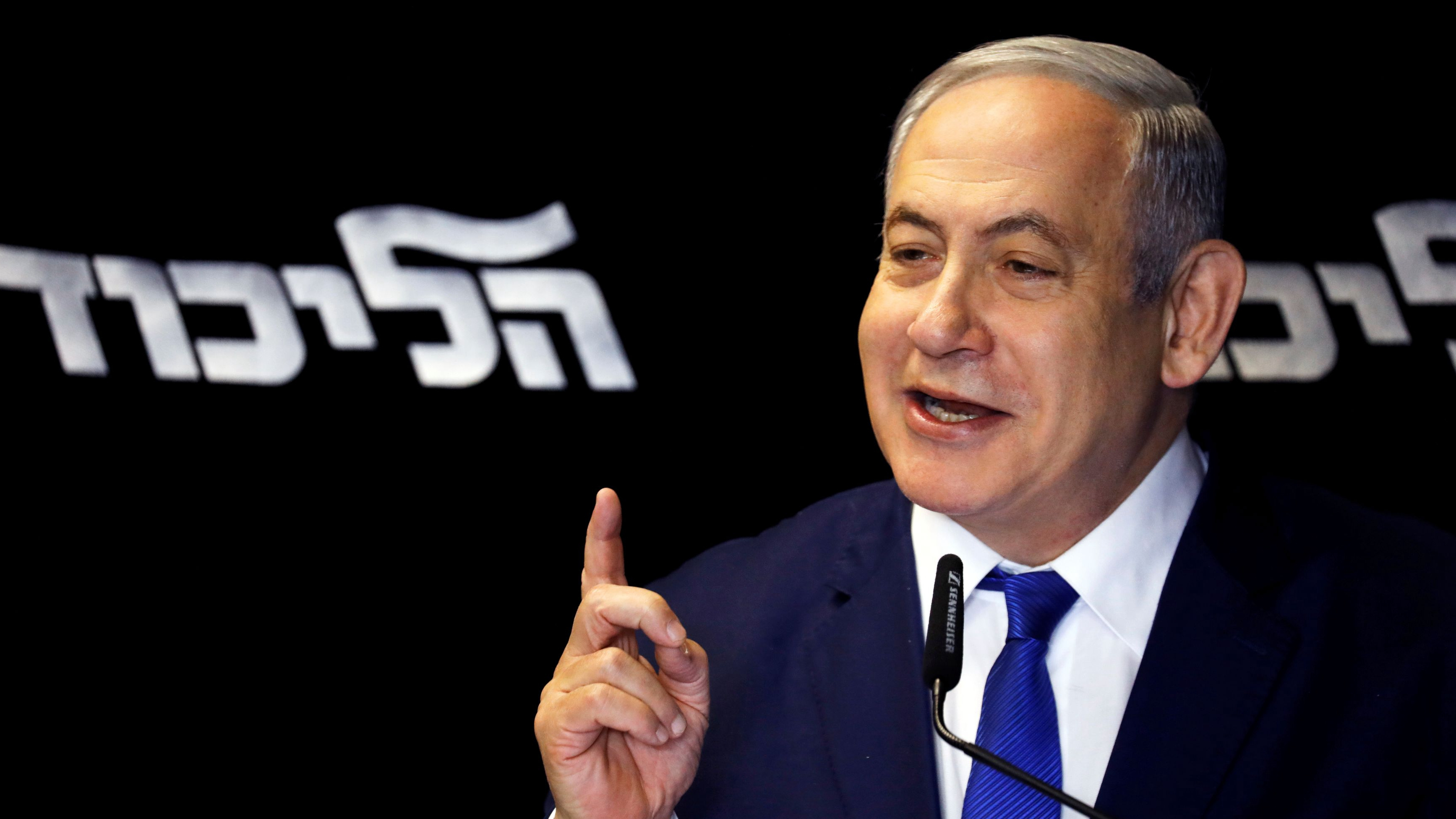 The primary result suggests Netanyahu's base of support is still behind him, but the next general election in March will be a far bigger challenge. Current polling suggests continued deadlock is likely, but the stakes are high for Israel's longest-serving prime minister – if he loses the top job, he loses immunity from prosecution.

And there's a chance the courts will intervene in the coming weeks. The Supreme Court will consider next week whether an indicted member of the Knesset is eligible to run to be prime minister.

Netanyahu, who has worked to build a close relationship with Trump and Russian President Vladimir Putin, has a hugely influential role in the region, particularly given his hardline approach to Iran. 2020 will be a big year for Netanyahu, for Israel and for the wider Middle East.

The political career of German Chancellor Angela Merkel, the world's most powerful woman for nearly a decade, enters a twilight zone in 2020, the penultimate year before her fourth and final term officially ends in 2021 even as Berlin faces major foreign policy challenges.

While the grand dame of Germany hopes to complete her full term, recent developments in domestic politics could very well hasten her departure if she doesn't play her cards well.

An imminent threat of a sudden collapse of her struggling government was avoided earlier in December days after her junior coalition partner SPD elected a left-leaning leadership duo that are critical of working under the shadow of Merkel. Younger, left-wing SPD members remain keen on severing links with the Merkel era. 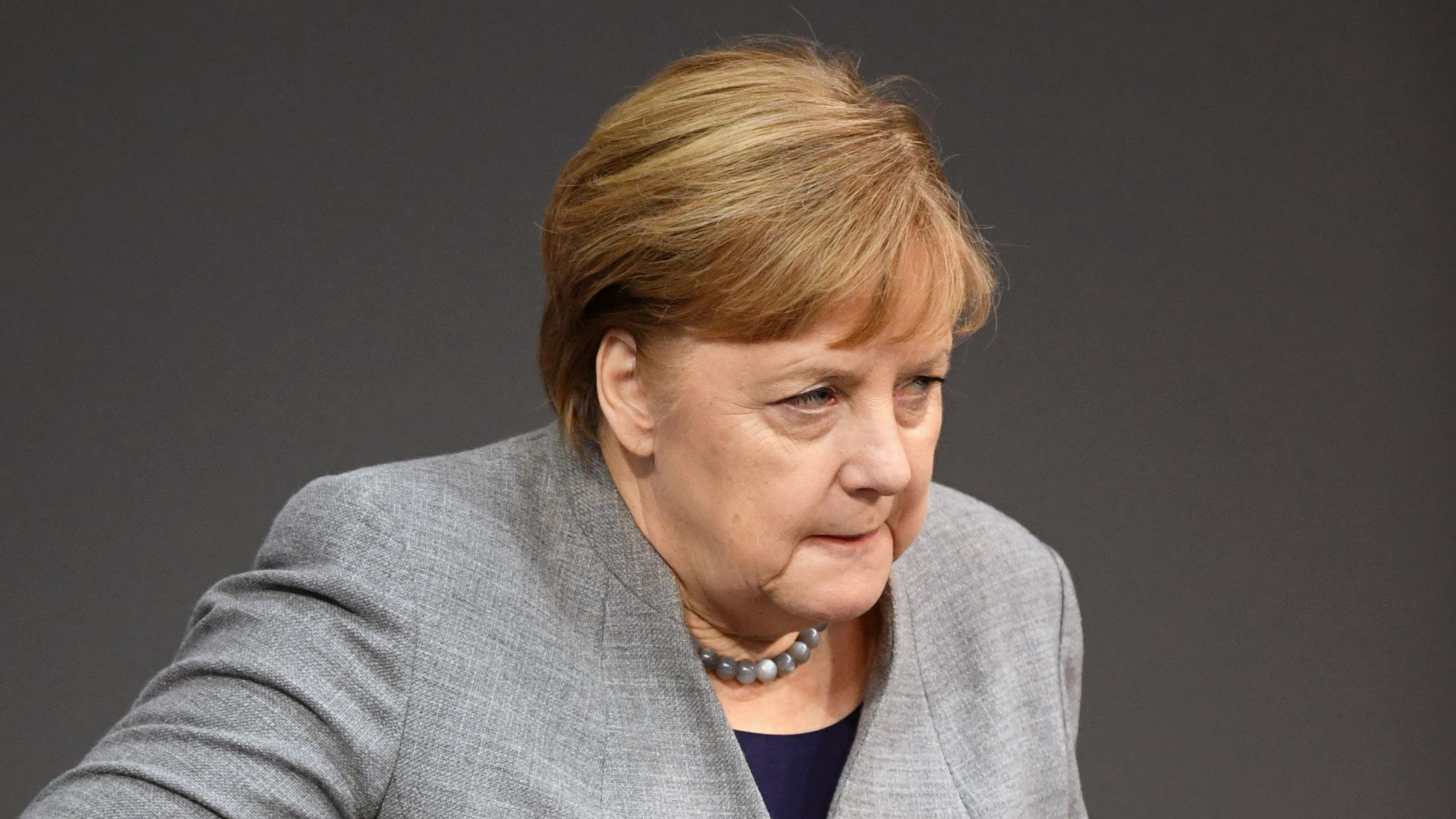 The SPD co-leaders Norbert Walter-Borjans and Saskia Esken have initiated discussions with Merkel's CDU/CSU conservatives to determine the fate of the alliance. While it offers a momentary relief, if the new SPD leadership doesn't see adequate progress in the weeks and months ahead, it may still choose to walk away – potentially triggering snap elections that might very well see Merkel's premature exit.

While Merkel's political future hangs in balance, Germany is faced with more foreign policy challenges than ever since the country's reunification in 1990. These include an aggressive Russia, a rising China, a divisive relationship with Washington, and ongoing disagreements with France about the European Union's future.

Merkel will surely be among the most closely watched global leaders in 2020 as she tackles a host of foreign policy challenges while fighting a tough battle of political survival at home.

Get Brexit Done. That was the simple message on which Boris Johnson's Conservative Party won a comprehensive majority in December's general election.

For the prime minister, the mission isn't likely to be nearly as simple as the slogan. He is all but certain to take Britain out of the European Union on January 31, but the Brexit process will then enter a status quo transition period while talks over a trade deal with EU take place. 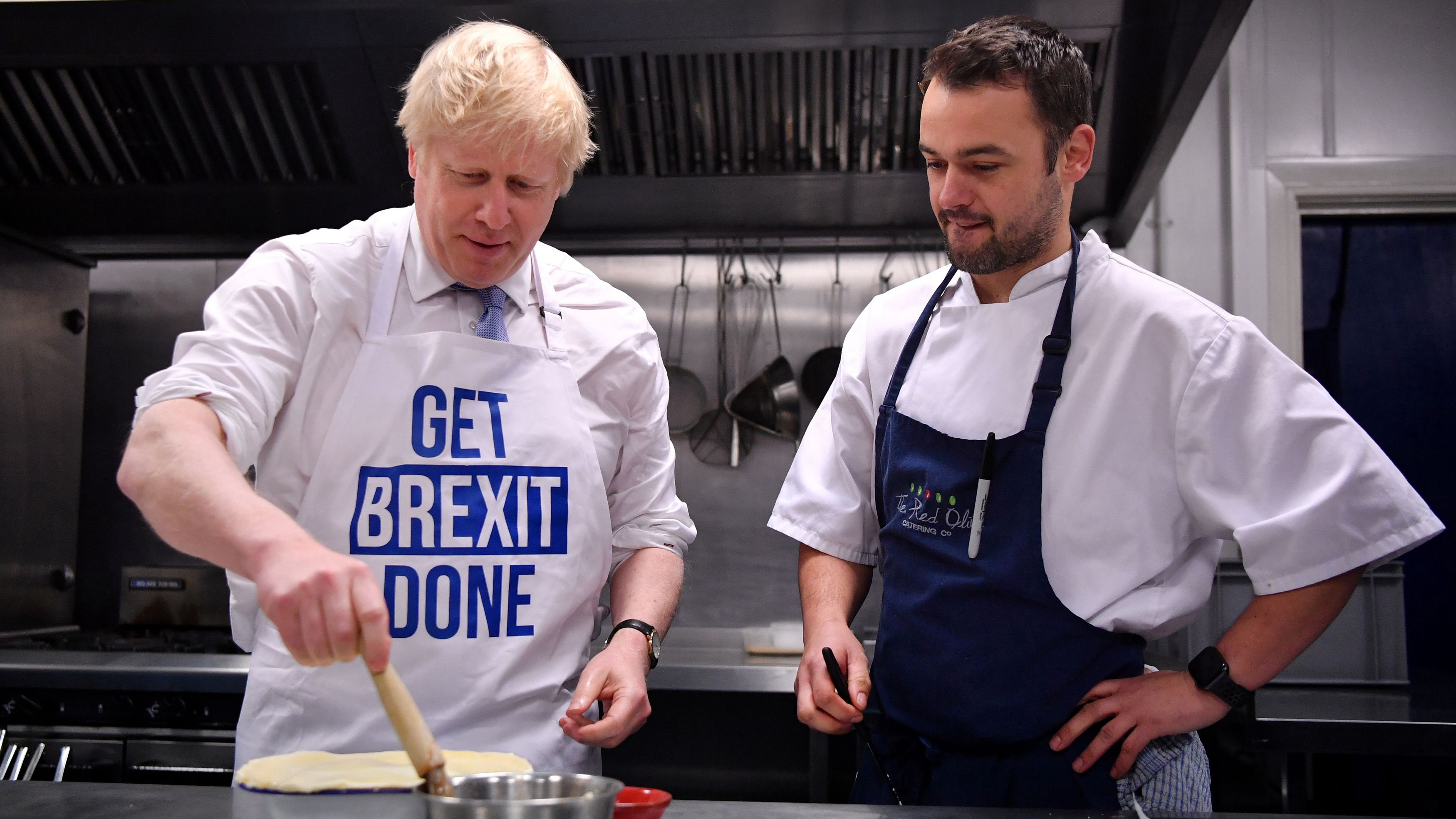 So when will Brexit be "done"? There's talk of the ministers being banned from using the word from February, but the reality is Brexit won't be done until a deal – or no deal – is struck with the EU. Johnson has boxed himself into an end-of-2020 deadline to deliver either way, a gambit which had success in forcing a revamped withdrawal deal – but can he pull it off a second time?

How history judges Johnson won't just be about Brexit. 2020 will also be a test of the unity of the United Kingdom, with Scotland angling for an independence referendum and growing support for Irish unification. Johnson also has a host of new voters, people who never backed his party before, to represent – he and his Conservative Party have a challenging year ahead.