In The Spotlight: Five political survivors who shaped 2019
CGTN 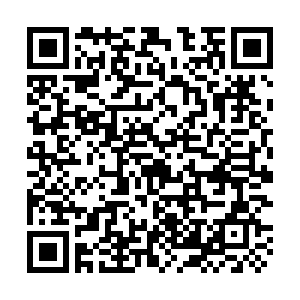 From unrest in Latin America, India, the Middle East and Hong Kong SAR to the trials and tribulations of Donald Trump and Brexit, 2019 has put political leaders to the test.

Here are five political survivors who played a major role in shaping the year's biggest stories.

1. Nancy Pelosi, Speaker of the U.S. House of Representatives

Nancy Pelosi consistently stood up to President Donald Trump in 2019 – more effectively than any other domestic rival since the 2016 election campaign.

The veteran Democrat, who became the first person to reclaim House speakership after the 2018 midterms, was unyielding during a government shutdown in January over funding for the U.S.-Mexico border wall. The 79-year-old, whose name became a byword for liberal values in Republican attack ads during the Obama years, is also the only woman in U.S. history to sit in the Speaker's chair.

Now, she can add impeaching a U.S. president to her resume. 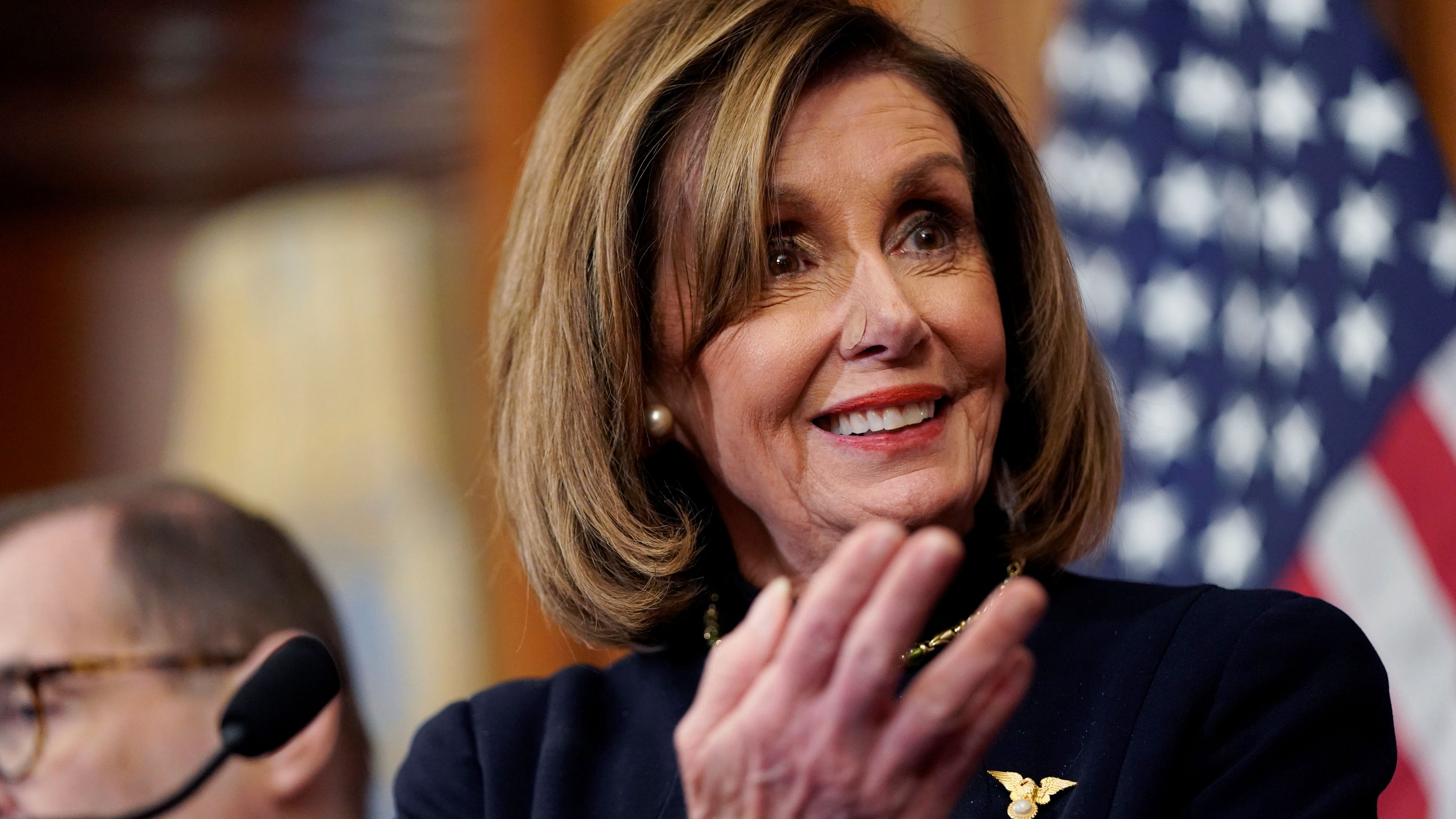 Going ahead with impeachment against Trump was not a rushed decision. After the Mueller report detailed the president's possible instances of obstruction of justice, some Democrats cried for action, but Pelosi stood firm, stating "we will proceed when we have what we need to succeed."

Attempting impeachment after the Mueller findings were released would have damaged the Democrats in 2020, as polls showed that less than 40 percent of Americans supported such a move. Pelosi got her momentum when Trump's call asking for the Ukrainian president to investigate his political rival leaked – and she made history when the House voted in favor of impeachment.

As formidable as Pelosi was in 2019, tough battles lie ahead. The Senate is still to hold a trial to determine whether Trump should be convicted, and her decision to pursue impeachment could still backfire in the 2020 presidential and congressional elections that will determine if a Democrat enters the White House – and she retains the speakership.

Narendra Modi, who was re-elected to his second term as India's prime minister in May, is steadily pushing forward a Hindu nationalist agenda – with economic reform taking a backseat.

The landslide victory by the Bharatiya Janata Party (BJP) in 2019's general election firmly established Modi as the most powerful Indian prime minister in generations. His consolidation of power has coincided with the rise of Hindu nationalism, a cause that has been championed by the BJP for decades but never before with so much success. 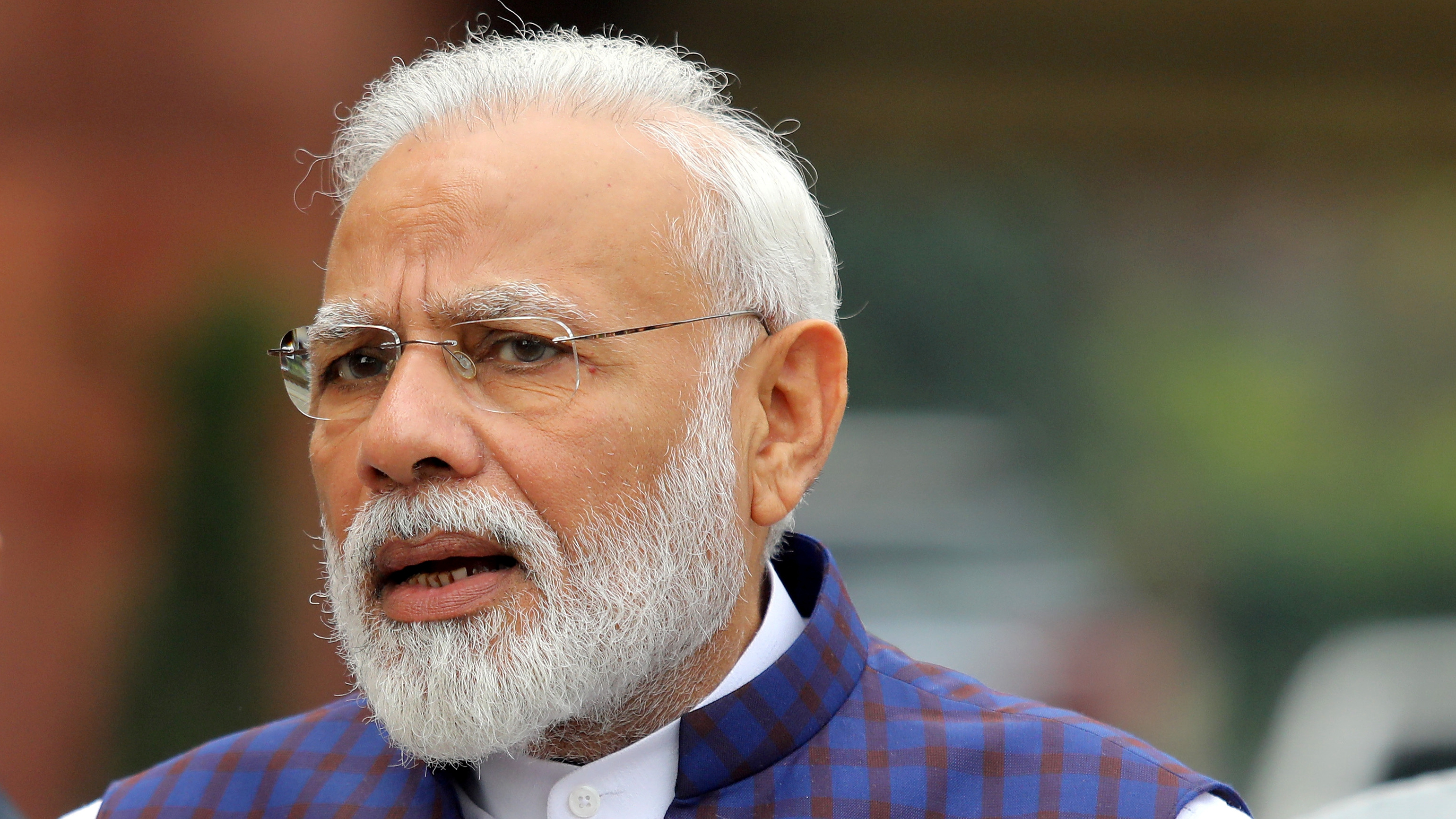 India's Prime Minister Narendra Modi speaks to the media inside the parliament premises on the first day of the winter session in New Delhi, India, November 18, 2019. /Reuters Photo

India's Prime Minister Narendra Modi speaks to the media inside the parliament premises on the first day of the winter session in New Delhi, India, November 18, 2019. /Reuters Photo

In August, Modi revoked the constitutional autonomy of Kashmir, India's only Muslim-majority state, imposing a curfew and communication blackout. Expanding the agenda, Modi earlier this month introduced a new citizenship law that is being decried by critics as "anti-Muslim" and "fundamentally discriminatory."

In The Spotlight: Amit Shah, India's next prime minister?

The populist majoritarian agenda also offers a convenient cover for Modi's lackluster showing on the economic front. He has pledged to make India a five-trillion-U.S.-dollar economy by 2024 without providing a roadmap. "India is now in the midst of a significant economic slowdown," the International Monetary Fund warned in late December.

Only time will judge whether Modi will be remembered for leading India into a path of religious disharmony or the man who enabled the world's second most populous nation to reap its demographic dividend.

For over half a year, the Hong Kong Special Administrative Region (SAR) was pushed into chaos by so-called "pro-democracy" protesters.

In the name of "freedom" and "democracy," the black-clad demonstrators vandalized public property and ganged up on residents who dared to question the senseless violence. Emerging from the uncertainty, however, was Hong Kong's first female chief executive Carrie Lam, who confronted the rampant violence and attempted to restore peace to the city.

Throughout her career, spanning almost four decades as a civil servant, Lam has served in over 20 government posts, earning a reputation as Hong Kong's "iron lady" for her resilience and toughness in the political arena. 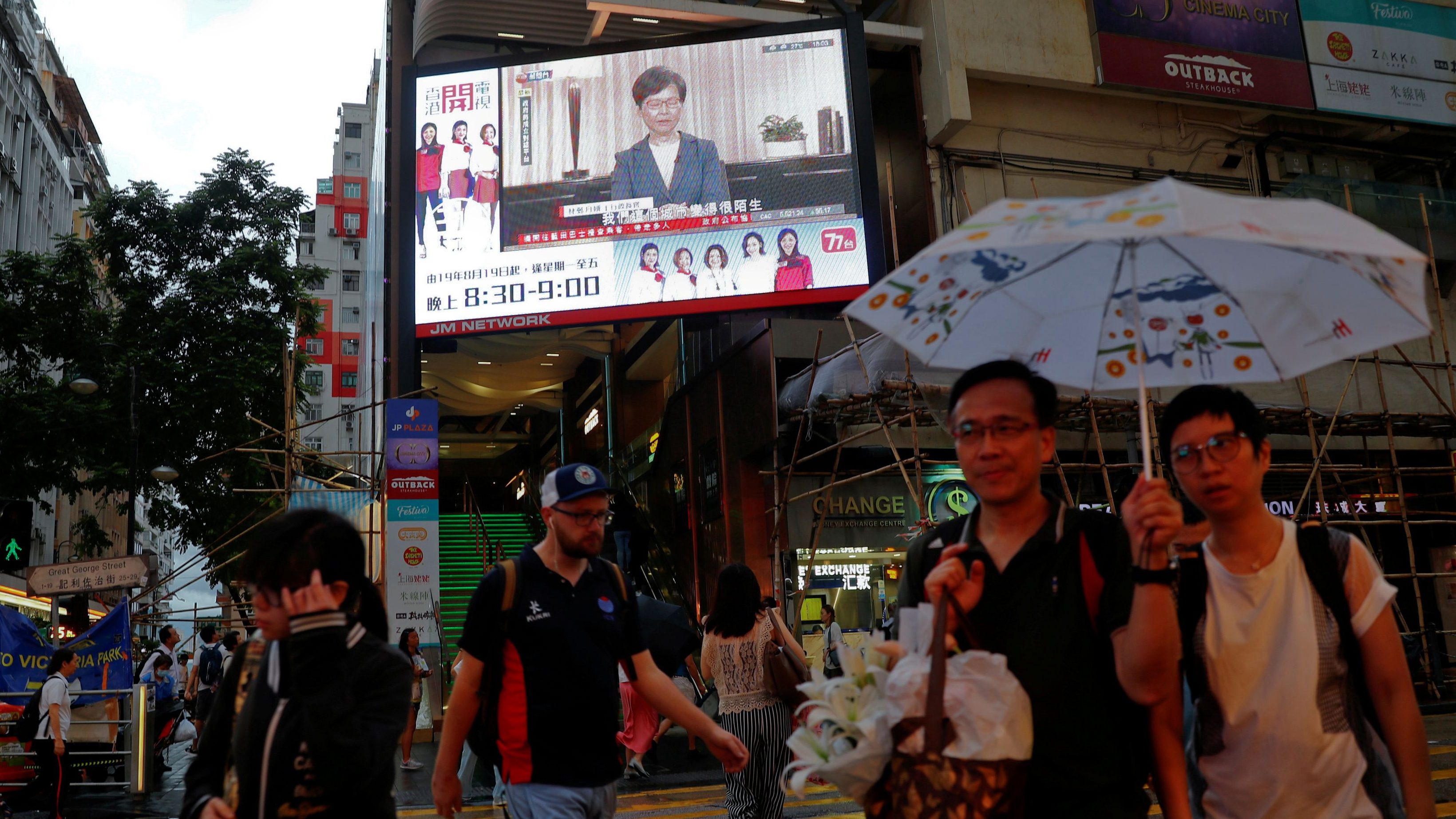 Lam's style of politics is perhaps best demonstrated by an incident early in her political career. One month into the job as Secretary for Development, Lam watched as conservationists went on a hunger strike to stop the government's land reclamation project and preserve the landmark Queen's Pier once used for receiving British royals.

In The Spotlight: Chris Tang, Stepping into HK chaos

To resolve the issue, she showed up and listened to the crowd's demands while explaining the government's position that retaining the pier was simply not an option.

Her firm yet calm rhetoric appealed to the protesters and the two sides reached an agreement. Lam's cool-nerved demeanor in defusing the critical situation earned her the reputation as a "tough fighter" from her superiors – an attribute she continues to demonstrate.

The going has been tough for Venezuela's President Nicolas Maduro since he was sworn in for his second term at the beginning of this year – but by the end of it he remained standing, emerging as a true political survivor.

Minutes after he took the oath on January 10, the Organization of American States declared his presidency illegitimate and called for new elections. Subsequently, the U.S. led a vicious campaign to unseat Maduro and replace him by leader of Venezuela's National Assembly Juan Guaido. 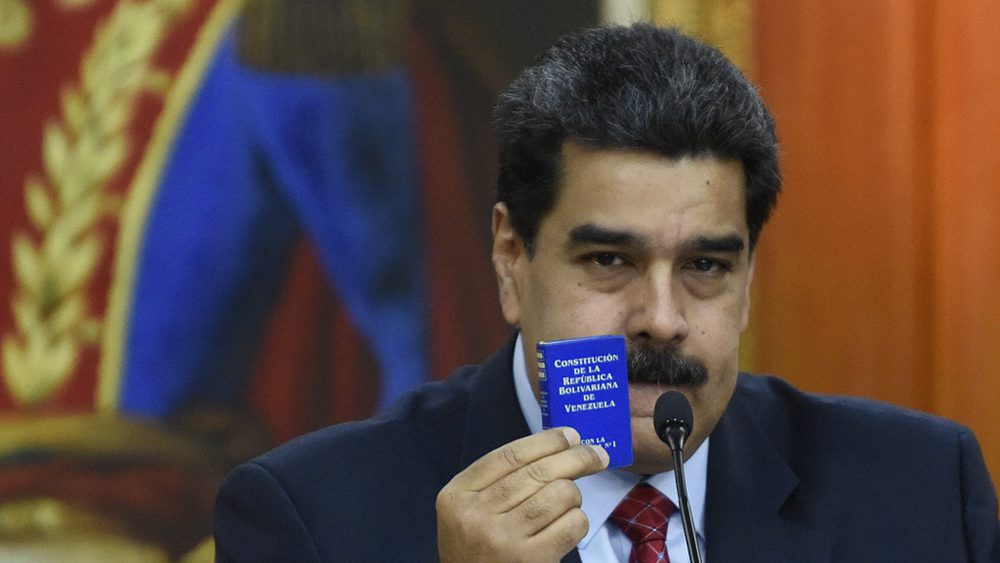 The U.S. got the backing of around 50 other countries including Canada, Brazil and many Latin American nations to recognize Guaido as the country's legitimate president. A U.S. proposal at the UN Security Council in February seeking action against Maduro and calling for a fresh presidential election was vetoed by Russia and China.

The Latin American decade that fizzled out

Refusing to be bullied by Trump, Maduro accused the U.S. of instigating a coup in a bid to establish a "puppet government" in Venezuela and control the country's oil reserves. Between April and June, Caracas claimed to have thwarted several U.S.-linked coup attempts, including an assassination plot against the president.

In the months since, Maduro has seen his regional adversaries flustered by violent protests, his allies strengthened at the polls and attempts by U.S. to diplomatically isolate him fail miserably. Reports suggest Trump has now given up on plans to topple Maduro – against the odds, the Venezuelan president has survived a tough year to remain in office.

Whatever you think of Jacinda Ardern, no one could accuse New Zealand's prime minister of not acting on her convictions.

Ardern made headlines for being the first world leader to bring her baby to the UN General Assembly, but it was her leadership in the aftermath of the largest mass shooting in the country's history that catapulted her to global political stardom. 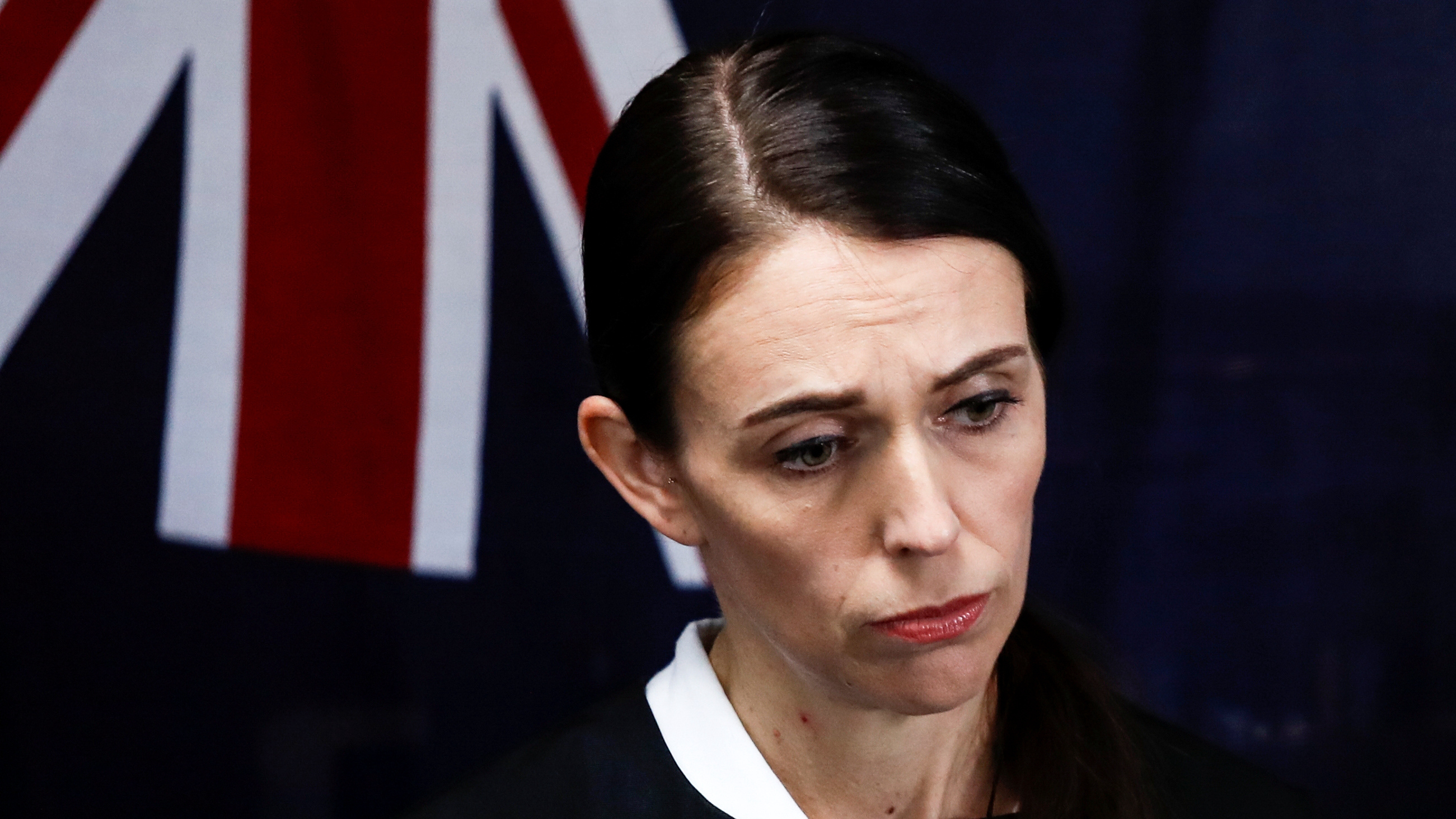 Following a massacre at two mosques in March that killed 51 in Christchurch, Ardern did what many politicians in gun-dominated developed countries around the world have tried but failed – get rid of the weapons. Instead of paying lip service in the media to gun control and then failing to overcome entrenched interests, the young PM passed a law – with the overwhelming support of parliament – to ban semiautomatic weapons.

In The Spotlight: Sanna Marin, Finland's future is young and female

And her push for progress has continued. She again rallied support across party lines to pass measures aimed at slowing climate change in a year where a movement urging leaders to do more on this issue has gone global. Her bill committing the country to zero-carbon emissions was passed in November, in line with the requirements of the Paris climate agreement.

Late in the year she was forced to deal with another tragedy, the White Island volcanic eruption in which 19 people were killed. But through a series of traumatic events for New Zealand, she has remained strong.

At a time when political partisanship and nativism are on the rise, Ardern's convictions reflect a conscience that leaders in other industrialized countries could learn to heed.