Another Chinese computer operating system: Will the UOS succeed?
By Gong Zhe 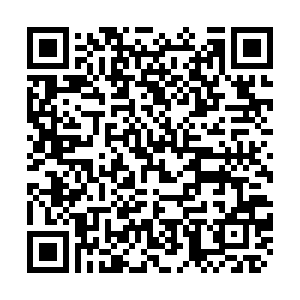 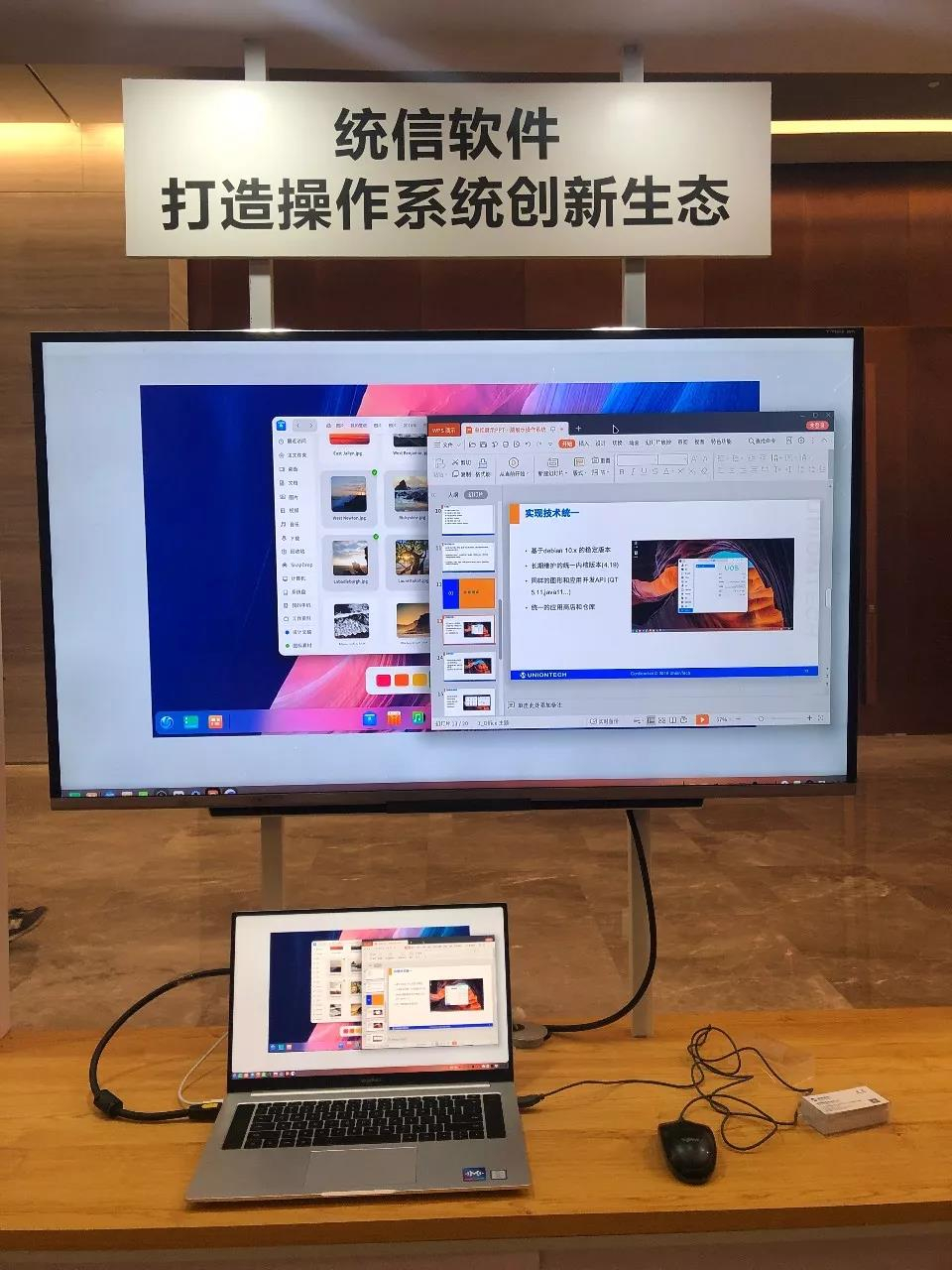 A demo of UOS in Shanghai.

A demo of UOS in Shanghai.

The Chinese just won't stop trying to build their own Windows equivalents and UOS is their new product.

Short for "Unified Operating System," the UOS is a joint effort by state-owned companies like China Electronics Corporation (CEC), and a former Windows customization group Deepin.

The OS looks largely like the Deepin OS, a system created in 2004 after the group created a Linux distribution. 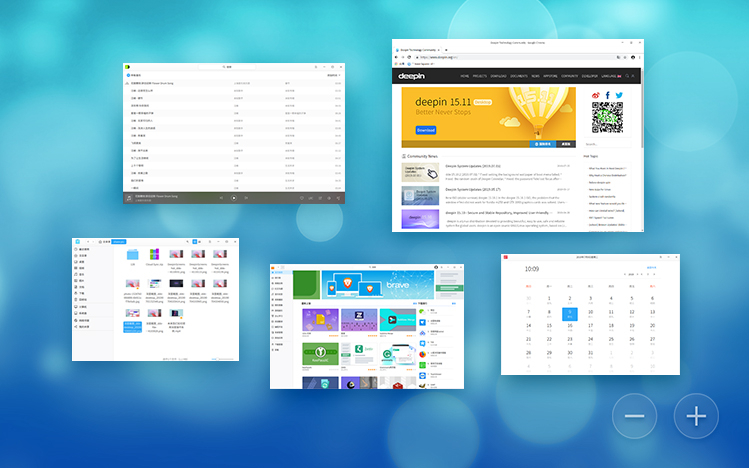 The multitask interface of Deepin V15.11

The multitask interface of Deepin V15.11

Deepin used to be popular among Windows users in China. Now they are making a comeback by getting back into the game through Huawei laptops after the telecommunication giant was blocked from using Windows.

The UOS did not come out from nowhere. But will it attract nitpicking Chinese users? It's still hard to say.

Just like Deepin, UOS chose a different path from other Chinese Linux variations: They do not copy the interface of Windows XP or Windows 7. Instead they created their own interface that looks like a mix of all popular desktop OS.

The dock looks like Apple's iOS; the settings bar on the right of the screen looks like an Android notification tray; the icons and buttons still retain the design language of a Linux desktop. 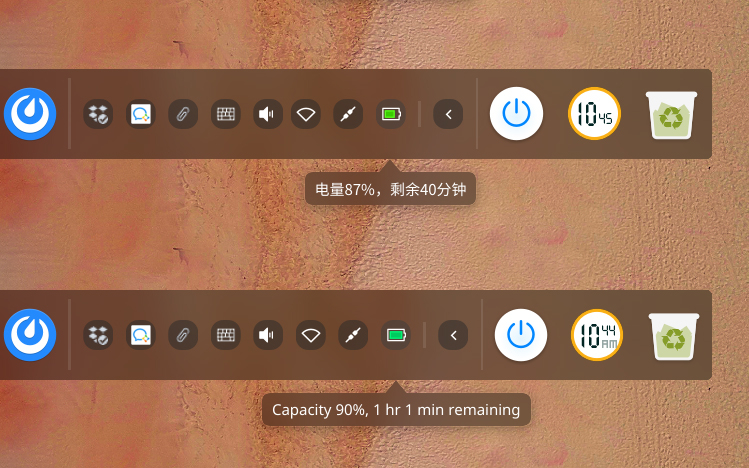 This unique interface may attract some new users to try. But it may also scare away other new users.

It's imaginable that a light computer user asks questions like "where's the start button and C drive" and "why there's nothing on the desktop?"

Linux desktop is not a popular style as most people prefer Windows and iOS for their PCs. Learning a new style of using PC is not an ideal way to persuade people to use UOS.

But the UOS does have some advantages.

The new interface looks neat and that's a good start, because most Chinese Linux distributions focus on providing rich features instead of a beautiful appearance.

And the software is rich. In addition to the innumerable Linux open-source software, the Deepin team also made their own text editor, video/audio player, terminal, voice recorder and more. Though many features are almost identical to similar apps, Deepin believes their version is more user-friendly and they are willing to customize the software based on users' feedback.

Deepin has been updating itself for one and a half decade and the latest major update, the V20, will come around 2020. 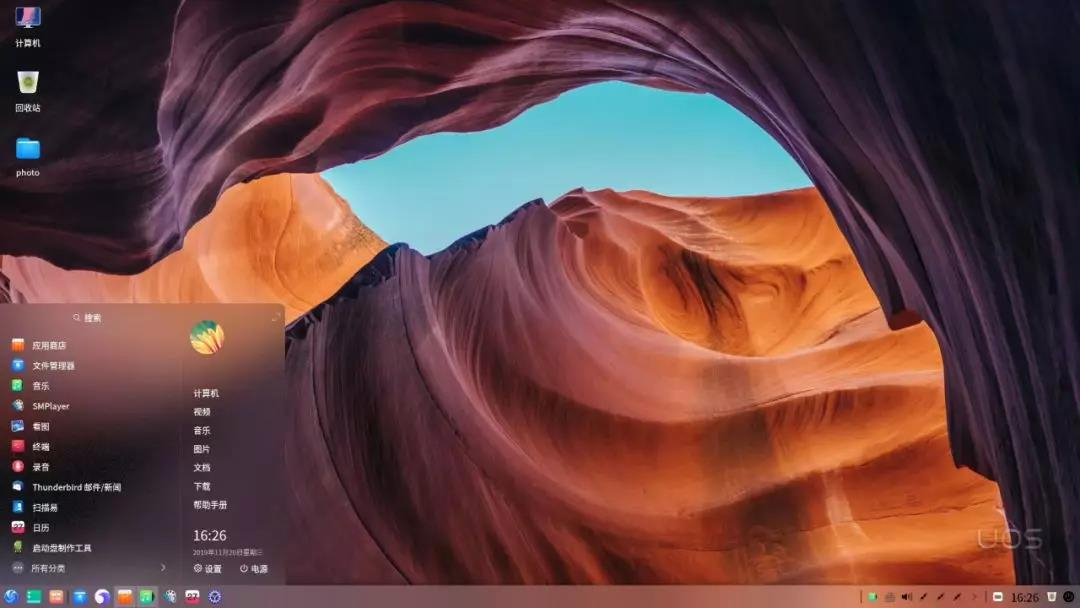 The support around UOS is also worth a mention. As China slowly moves away from U.S. computing tech, the local hardware and software are taking the chance to collaborate and expand.

The company behind UOS, Tongxin Software, has been announcing official support of the system for and from many first-class IT enterprises on its WeChat public account.

Ownership of Tongxin is a bit complicated, with Deepin's founder Liu Wenhuan occupying more than 30 percent and Zhou Hongyi's Qihoo 360 invested nearly 15 percent. Founder of OS customization service provider ArcherMind Technology, Wang Jiping, also owns about 12 percent of Tongxin. The CEC is listed as an investor but the percentage is less than five percent.

One can obtain the UOS by registering and getting verified on its official website.