Jack Ma: There is enormous potential in educational reform
CGTN 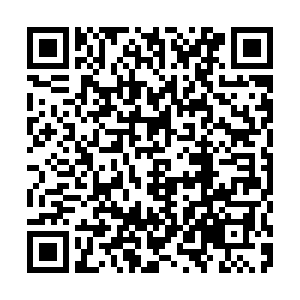 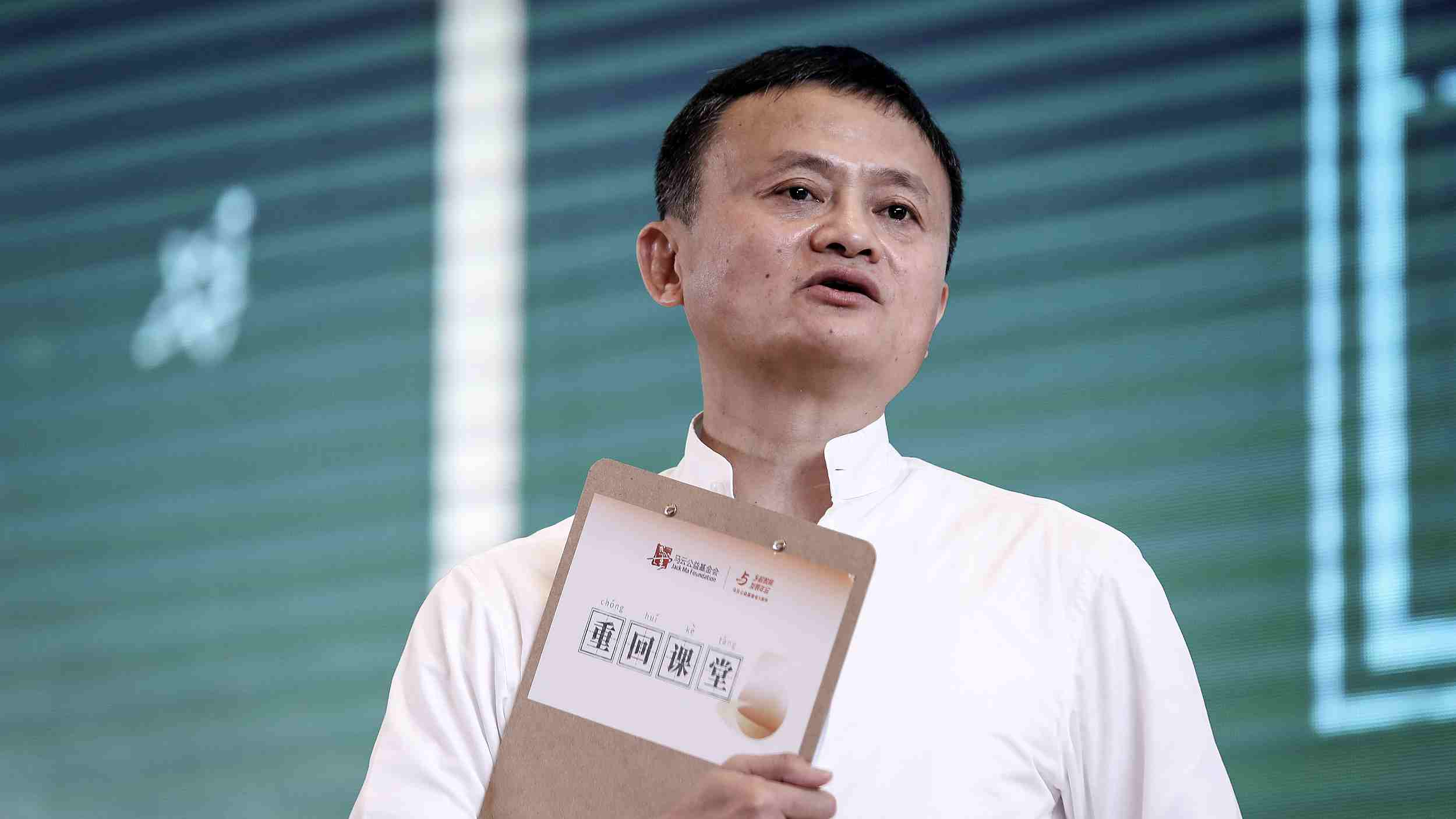 "The biggest gain of reform is education, and there is enormous potential in educational reform," Jack Ma said at the Annual Rural Teacher Award Ceremony in Sanya, south China's Hainan province, on Tuesday.

The former English teacher stepped down as group chairman of Alibaba on Chinese Teachers' Day, which coincided with the 20th anniversary of Alibaba Group last year, saying he would devote his time to philanthropy, especially rural education.

At the ceremony each year, 100 top teachers and 20 headmasters selected by the Jack Ma Foundation are rewarded with 100,000 yuan each (15,000 U.S. dollars) and 500,000 yuan each respectively, to support their work and educational plans in villages and towns.

About 20 million babies are born in China annually, according to Ma, who stressed that "the education is meaningful if educated people, when they are old, are still like a child, full of curiosity about the future, the unknown world, and how to solve the problem and obtain the knowledge."

He further explained that more than 90 million children grow up in rural areas, with many of them away from their parents who are working far away in cities. Rural teachers and headmasters, therefore, have the greatest influence over these children's futures, as well as the future of China, as they spend a great amount of time with these children. 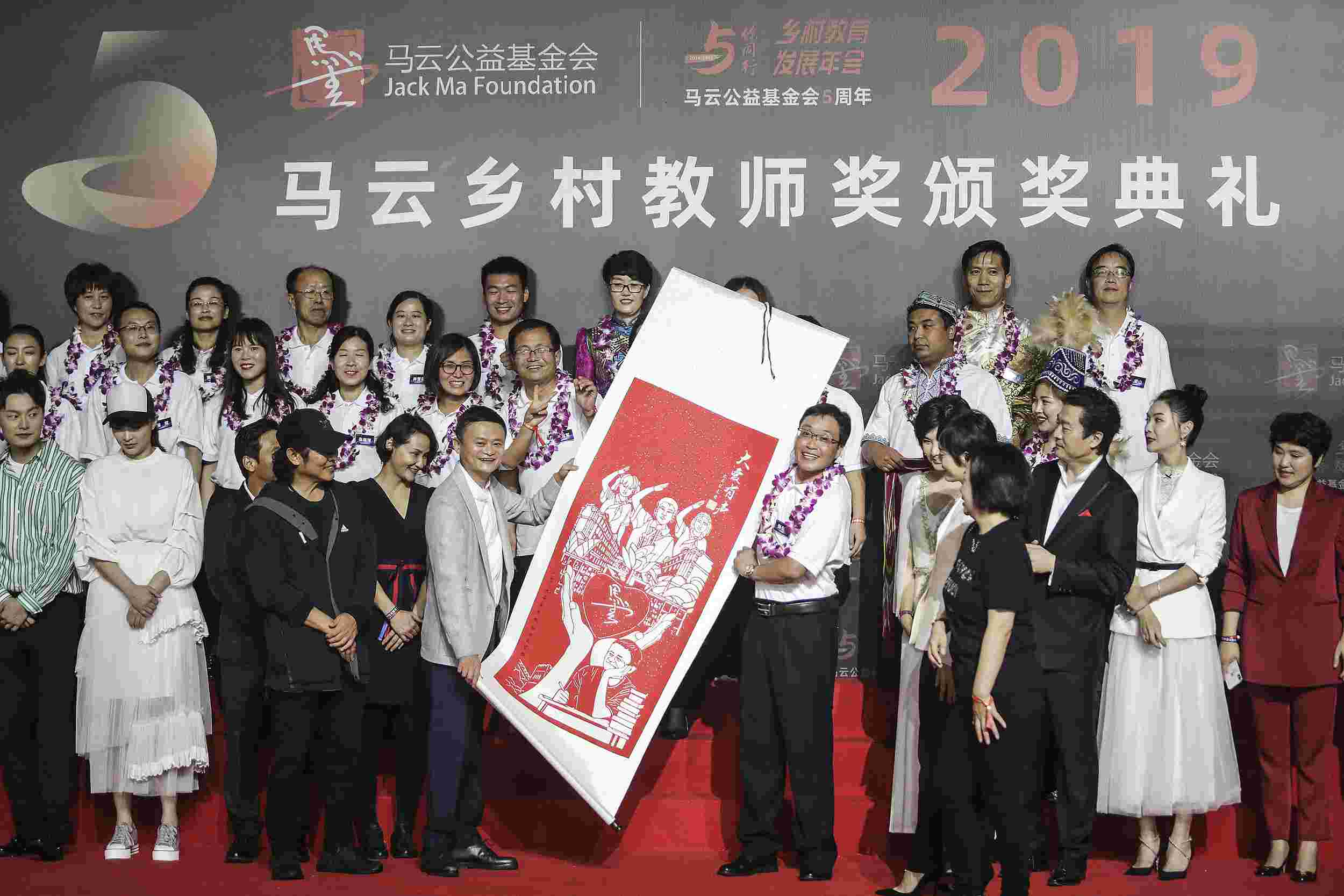 In addition to teachers and headmasters, the rural education program launched by the foundation also eyes boarding-school facilities in rural areas, with nine schools having been renovated and upgraded so far.

"The boarding school program now is at a critical stage that needs to push the most," Ma said, noting that "the aim for school merging is to provide equal and excellent opportunities to children in rural villages and towns."

The program has been questioned in some quarters, as the amalgamation of schools may mean a longer journey for some students.

Concerns also have been raised about the mental health of children and cultural transmission in rural areas. Many children in the countryside are living without their parents who are migrant workers in other areas. If they go to boarding school at an early age, they will also not have their grandparents around.

According to the report released at the ceremony, from 2015 to 2019, the rural education program has cumulatively supported 500 teachers, 60 headmasters, and 200 normal students, with nearly 100,000 children in rural areas having benefited.

The Jack Ma Foundation is a charitable organization set up in 2014 by the Alibaba founder. As of November last year, expenditure on education accounted for over 30 percent of the total expenditure, second to that of environment protection and healthcare.

In 2006, Ma first relinquished his role as president of Alibaba, and then handed over the CEO position in 2013.

While Ma remains a member of Alibaba's partnership, the corporate governing group of 38 individuals is separate from the board of directors and employee No.1.

Alibaba, founded by Jack Ma with a starting fund of 500,000 yuan (about 70,000 U.S. dollars) in Hangzhou, capital of east China's Zhejiang Province in 1999, was firstly aimed at connecting Chinese manufacturers with small foreign businesses.

Later, the booming development of the internet and smartphone in China helped the company transfer into an online marketplace for Chinese sellers and consumers.

"It's the fast-developing China that created Alibaba," said Ma, stressing that "without the culture, reform and opening-up as well as open internet market of China, we don't know what we are doing."

Under Ma's leadership, Alibaba has grown to become a tech giant worldwide with a current market capitalization of over 580 billion U.S. dollars.

The Singles' Day sales on Alibaba's TMall reached about 38.3 billion U.S. dollars in sales last year, breaking the full-day transaction record of 213.5 billion yuan of 2018 in just 16 hours and 31 minutes.

Alibaba was born in China but serves the world. The Belt and Road Initiative, embodying China's responsibility for the world, will offer more opportunities to companies and countries along the route. To achieve this, the internet is indispensable and now is the best time to connect the firms in the western world with the largest market in the east, he added.