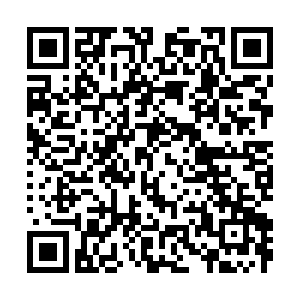 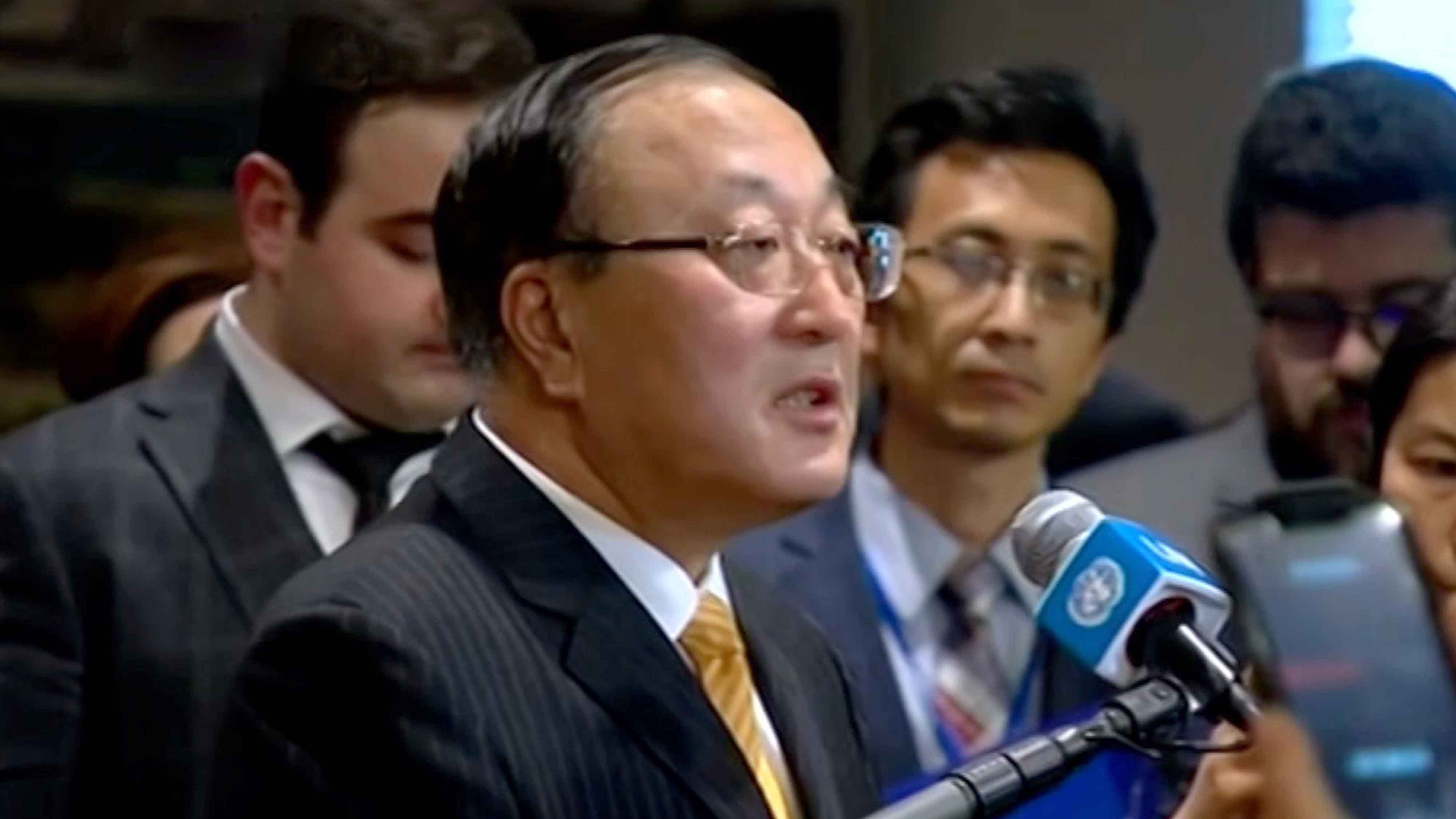 A Chinese envoy said Monday that China is committed to playing a constructive role in maintaining peace and stability in the Middle East and the Gulf region.

"China follows the situation very closely and the pressing task at the moment is to prevent the situation from further escalating and running out of control. As a permanent member of the Security Council, China is carrying out active diplomatic efforts," Zhang Jun, China's permanent representative to the United Nations, told reporters at the UN headquarters in New York.

Chinese State Councilor and Foreign Minister Wang Yi has had phone conversations with Russian, French and Iranian foreign ministers in firm commitment to regional peace and stability, and China opposes the arbitrary use of force in international relations, said Zhang.

"We urge the U.S. side not to abuse force and call on relevant parties to exercise restraint and seek solution through dialogue. At the same time, the sovereignty, independence, unity and territorial integrity of Iraq should be respected," said the envoy. 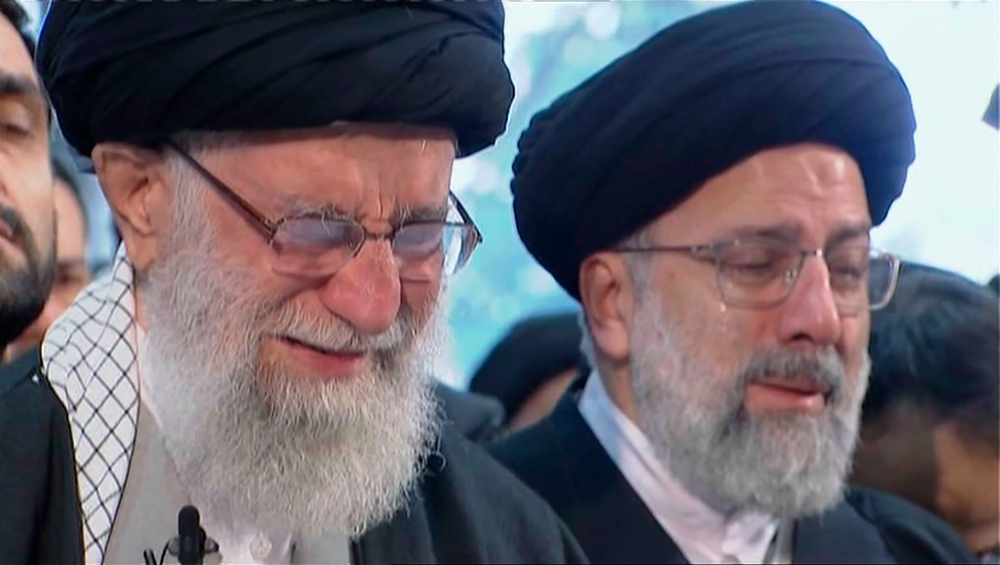 A still from a video: Iranian Supreme Leader Ayatollah Ali Khamenei (L) weeps as he leads a prayer over the coffin of Qasem Soleimani in Tehran, Iran, January 6, 2020. /AP Photo

A still from a video: Iranian Supreme Leader Ayatollah Ali Khamenei (L) weeps as he leads a prayer over the coffin of Qasem Soleimani in Tehran, Iran, January 6, 2020. /AP Photo

China has noticed that the permanent representative of Iran presented a letter to the president of the Security Council, asking to pay close attention to U.S. actions and uphold the council's responsibilities, Zhang said.

"China is ready to keep close communication with relevant parties, uphold a just and objective position, stand for international law, fairness and justice, and maintain peace and stability in the Gulf region and the Middle East," he said.

"China firmly supports the protection of the safety of foreign missions in accordance with international law. The U.S. unilateral military action has led to drastic changes in the regional situation. Actions taken by the Security Council should reflect latest developments of the situation and help prevent escalation of tensions," he added. The coffins of Qasem Soleimani and others killed in Iraq by a U.S. drone strike are carried on a truck surrounded by mourners during a funeral procession in Tehran, Iran, January 6, 2020. /AP Photo

The coffins of Qasem Soleimani and others killed in Iraq by a U.S. drone strike are carried on a truck surrounded by mourners during a funeral procession in Tehran, Iran, January 6, 2020. /AP Photo

The 15-member Security Council on Monday failed to agree on a statement underscoring the inviolability of diplomatic and consular premises after a December 31 attack on the U.S. Embassy in Baghdad. China and Russia stressed that any statement on the attack must also include the latest developments.

Militiamen and their supporters protesting deadly U.S. air strikes on Iraq hurled stones and torched a security post at the U.S. Embassy in Baghdad on December 31. U.S. President Donald Trump blamed Iran for "orchestrating" the attack on the embassy, which Tehran denied.

On Friday, Iran's most prominent general, Qasem Soleimani, was killed in a U.S. drone strike on his convoy at Baghdad airport, an attack that carried U.S.-Iranian hostilities into uncharted waters.

"We have seen more events taking place, especially the unilateral action from the United States," Zhang told reporters. "If the council is supposed to do something, we should have complete coverage of the whole thing."

"The press statement was nearly ready. It was agreed upon, at least with us and with the U.S. However then, on 3 January, there was that strike on the airport in Baghdad. To ignore this and not to take this into account in the overall context would be impossible," Nebenzia told reporters. 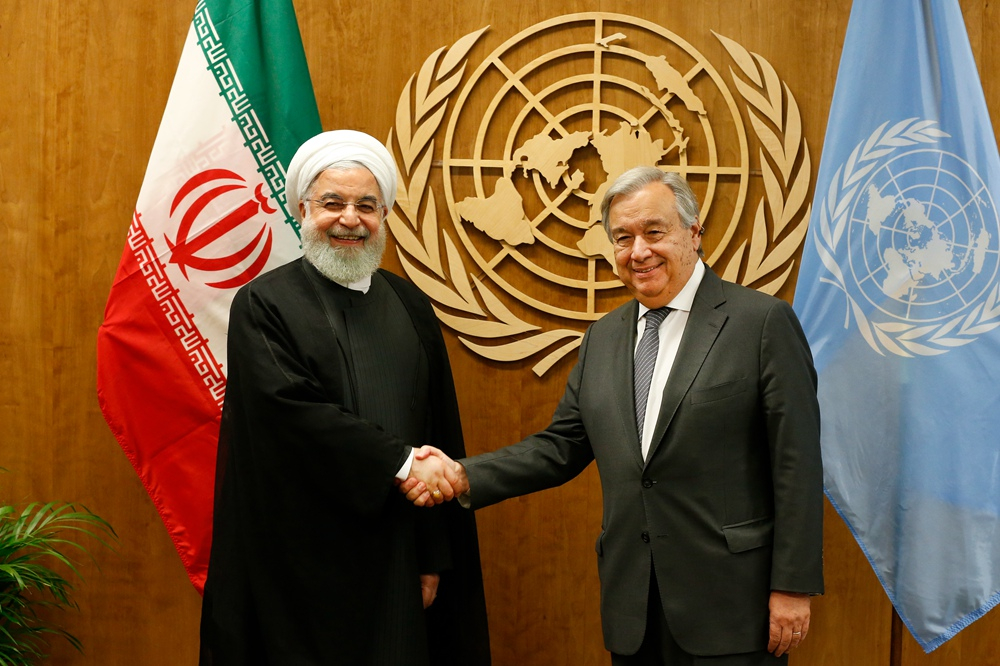 Warning that "geopolitical tensions are at their highest level this century," the UN chief told reporters that he was "in constant contact" with leading officials around the world and that his message was simple and clear: "Stop escalation, exercise maximum restraint, re-start dialogue and renew international cooperation."

"The New Year has begun with our world in turmoil. We are living in dangerous times. Geopolitical tensions are at their highest level this century, and this turbulence is escalating. Even nuclear non-proliferation can no longer be taken for granted," the UN chief said.

"This cauldron of tensions is leading more and more countries to take unpredicted decisions with unpredictable consequences and a profound risk of miscalculation," he said.