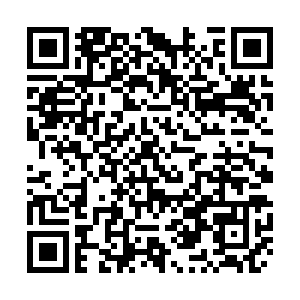 U.S., Canadian and French representatives are to travel to Tehran to attend meetings for the Iran-led investigation into the Ukrainian airliner incident, Iranian state media said on Friday.

Canada and others said the plane was brought down by an Iranian missile, probably by mistake.

French Foreign Minister Jean-Yves Le Drian said that France is ready to join an inquiry into the crash.

The European Union on Friday also demanded an "independent and credible" probe into the crash.

"It is very important for us that the investigation that takes place happens through an independent and credible civil safety investigation conducted in line with the International Civil Aviation Organisation (ICAO) rules," European Commission spokesman Stefan de Keersmaecker told reporters. The EU is ready to give "any necessary assistance" to the probe, he added.

Meanwhile, the U.S. has given Ukraine's President Volodymyr Zelenskiy important data ahead of a call later on Friday with Secretary of State Mike Pompeo about the crash, Ukraine Foreign Minister Vadym Prystaiko said on Twitter.

Zelenskiy and Prystaiko met U.S. representatives to receive the data, which will be processed by experts, Prystaiko said, without elaborating on the nature of the data or what it signified.

Iran denied the airliner had been hit by a missile and said the preliminary investigation is still ongoing at this stage. Reuters reported that the country wanted to download black box recordings itself from the Ukrainian airliner and it could take one or two months to extract information from the voice and flight data recorders.

"What I can tell you is that the plane was not hit by a missile," Iran's Civil Aviation Organization (CAOI) chief Ali Abedzadeh told reporters at a news conference in Tehran, slamming accusations against Iran as "political statements" without data and proof.

"If the craft was hit by a missile, debris would scatter over a larger area," he said.

The CAOI chief added that the authorities and experts are still working on getting data and information from the damaged black boxes of the plane and a technical report will be presented.

"Any remarks made before the data is extracted ... is not an expert opinion," said Abedzadeh.

If Iran cannot extract the information on its own, he said the country will reach out to Russia, France, Canada or Ukraine for help.

Abedzadeh said Iran is taking steps to have parties help with the investigation.

Iran earlier invited the U.S. National Transportation Safety Board (NTSB) to take part in the investigation into the crash, and the U.S. agency has agreed to assign an investigator, an Iranian official said on Thursday.

"The NTSB has replied to our chief investigator and has announced an accredited representative," Farhad Parvaresh, Iran's representative at the ICAO, a part of the United Nations, told Reuters.

The NTSB declined comment. A person briefed on the matter confirmed that the NTSB had agreed to take part but said it was unclear what, if anything, its representative would be able to do under U.S. sanctions.

Parvaresh said other countries, including Ukraine and Canada, had also been notified. He denied U.S. and Canadian claims that the jet had been shot down and said Iran was committed to a full and transparent investigation of the accident, which he described as a "tragedy and disaster" for everyone involved. 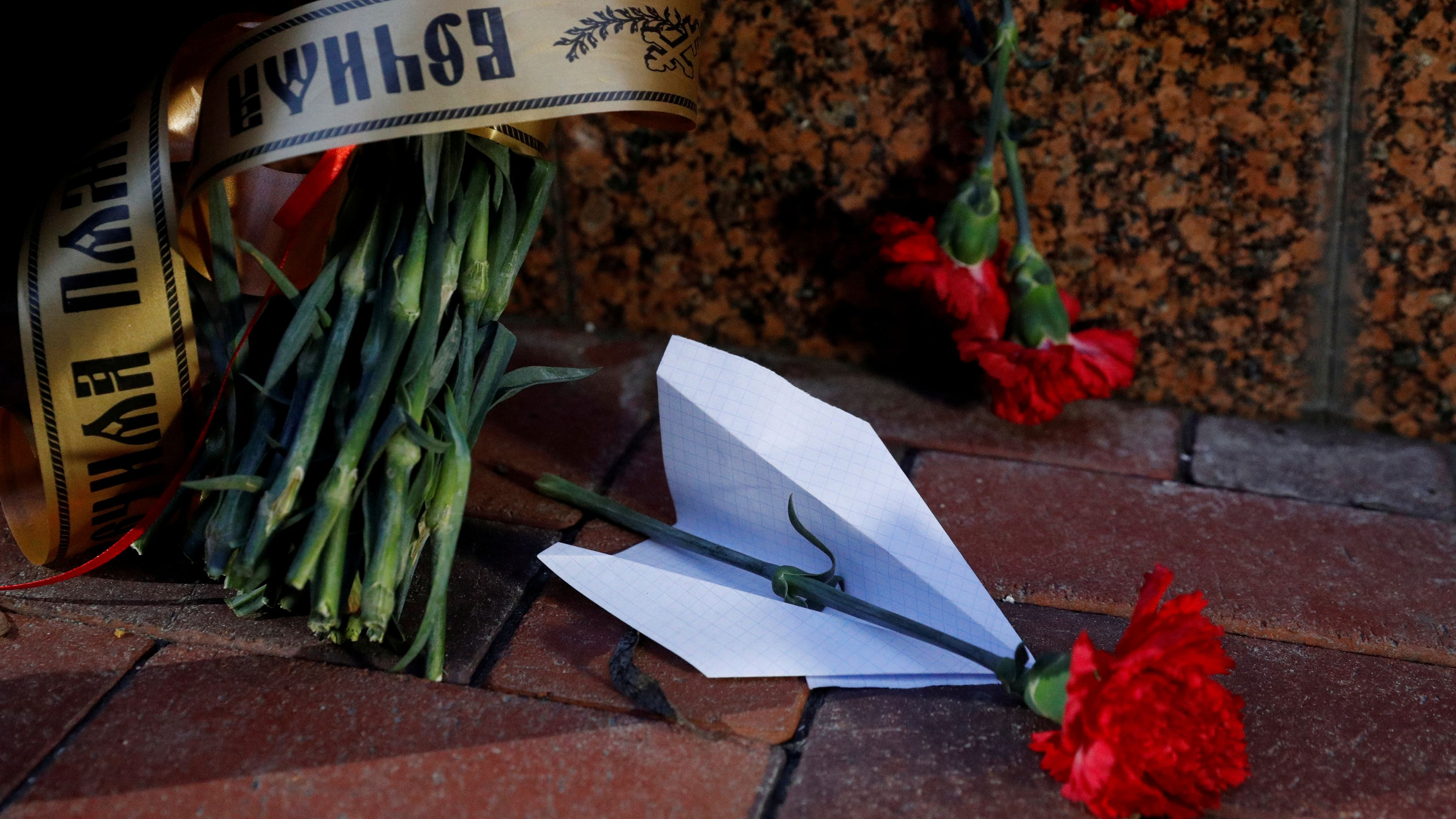 Flowers and a paper plane are placed outside the Iranian Embassy to commemorate the victims of the Ukraine International Airlines flight PS752 plane crash, in Kiev, Ukraine, January 8, 2020. /Reuters Photo

Flowers and a paper plane are placed outside the Iranian Embassy to commemorate the victims of the Ukraine International Airlines flight PS752 plane crash, in Kiev, Ukraine, January 8, 2020. /Reuters Photo

What did the U.S., Canada say?

While the investigation is still ongoing, Canadian Prime Minister Justin Trudeau said Thursday that the plane was likely brought down by an Iranian missile, citing intelligence from Canadian and other sources.

"We have intelligence from multiple sources, including our allies and our own intelligence. The evidence indicates that the plane was shot down by an Iranian surface-to-air missile," he said, stressing that his government would not rest until it had obtained closure, transparency, accountability and justice.

Trudeau's comment was echoed by the U.S., which had concluded with a high degree of certainty that anti-aircraft missiles brought down the plane after having an extensive review of satellite data, U.S. officials familiar with this matter were quoted as saying.

Iran denied that the airliner had been hit by a missile, government spokesperson Ali Rabiei said in a statement.

"All these reports are a psychological warfare against Iran... all those countries whose citizens were aboard the plane can send representatives, and we urge Boeing to send its representative to join the process of investigating the black box," he said.

An initial report issued by Iran's civil aviation organization on Thursday said the three-year-old airliner, which had its last scheduled maintenance on Monday, encountered a technical problem shortly after take-off and started to head toward a nearby airport before it crashed. 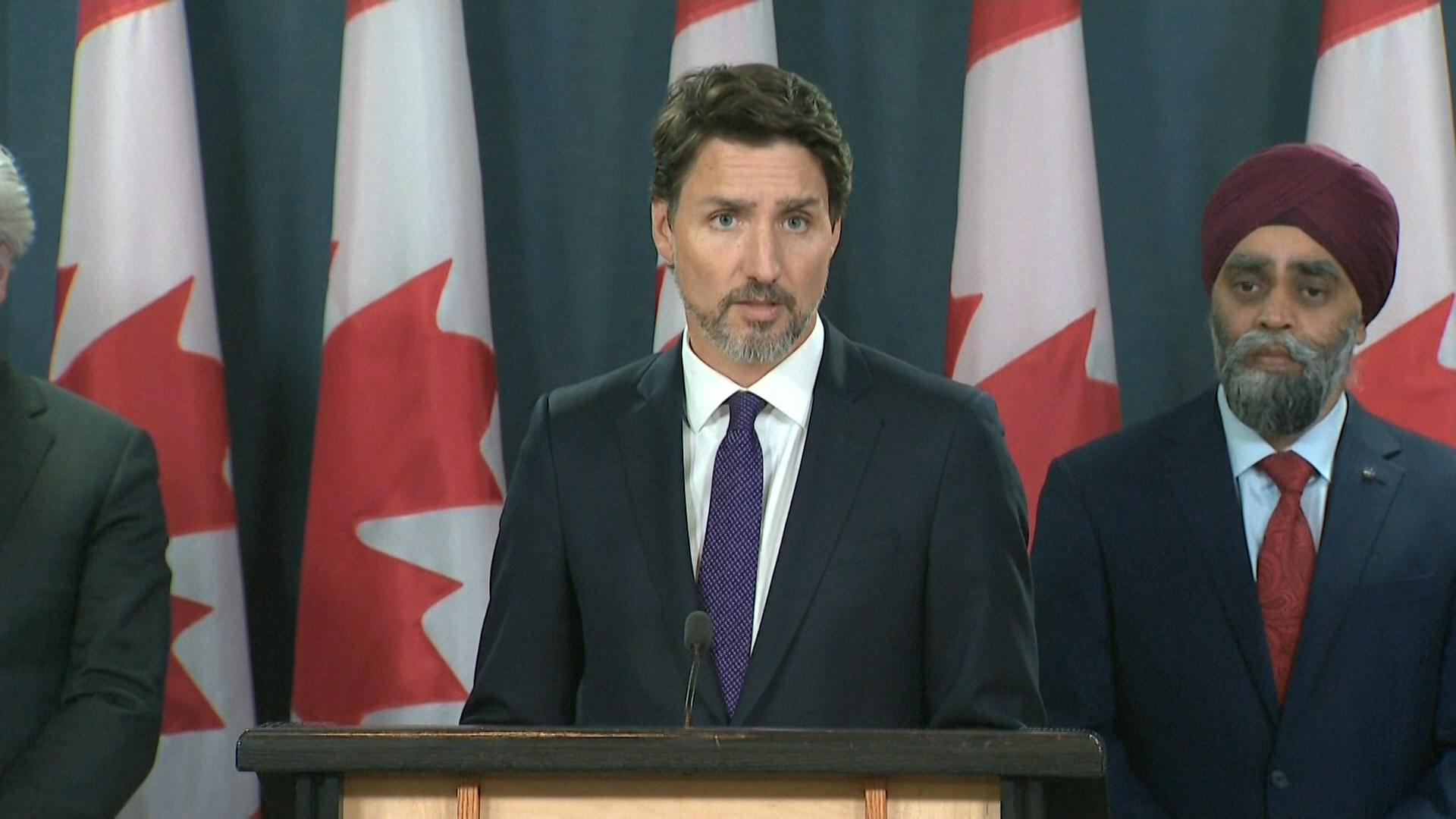 Responding to the remarks, Iran called on Canada on Thursday to share its information with Tehran. "We are calling on the Canadian Prime Minister and any other government that has information about the crash to hand it over to the investigation committee in Iran," Abbas Mousavi, an Iranian Foreign Ministry spokesman, was quoted as saying by state news agency IRNA.

Investigations into airliner crashes require regulators, experts and companies across several international jurisdictions to work together. It can take months to fully determine the cause and issuing an initial report within 24 hours is rare.

Tehran dismissed the rumor which said the plane was brought down by its missile mistakenly, saying the conclusion is "ridiculous" and urged the U.S. not to spread propaganda or try to politicize the incident.

"This is ridiculous. Most of the passengers on this flight were our valued young Iranian men and women. Whatever we do, we do it for the protection and defense of our country and our people," Abolfazl Shekarchi, a spokesman for Iran's armed forces was quoted as saying.

Iran insisted that the crash happened after one of the plane's two engines failed. After the engine caught fire, the pilot was unable to regain control, said Qassem Biniaz, an official at Iranian Ministry of Roads and Urban Development, told IRNA.

The assumption is not groundless given Boeing 737's flying record. Before this crash, there were two fatal crashes involving the company's 737 Max killing a total of 346 people.

In early December, former employee at Boeing Ed Pierson testified in front of U.S. lawmakers, acknowledging that he had warned Boeing's leadership on multiple occasions about "potential plane risk due to the unstable operating environment within the factory.

"Those warnings were ignored," he said.

(Cover: Debris of a plane belonging to a Ukraine International Airlines jetliner that crashed after taking off from Iran's Imam Khomeini airport, is seen on the outskirts of Tehran, Iran, January 8, 2020. /Reuters Photo)