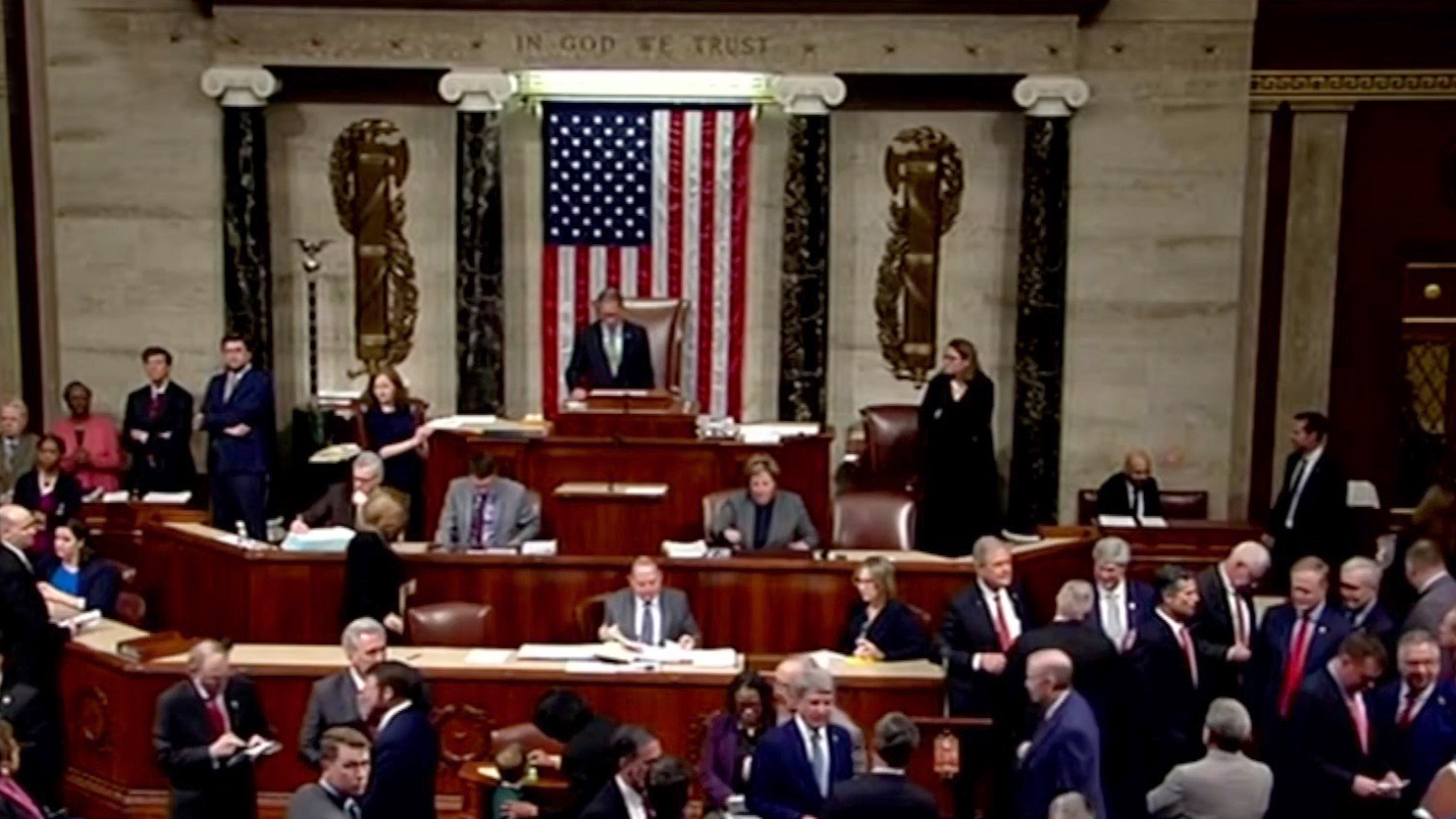 The Democrats-dominated House passed a resolution on Thursday to stop U.S. President Donald Trump from further military action against Iran, rebuking the president days after he ordered a drone strike that killed a top Iranian commander and raised fears of war.

The vote, 224 to 194, was largely along party lines, although three members of Trump's Republican Party joined Democrats in approving the measure that demands the president not to engage in military action against Iran unless authorized by Congress.

"The president has to make the case first, first, not after he launches an ill-advised attack and then comes up with a reason why it was necessary and why it was legal," said Representative Eliot Engel, chairman of the House Foreign Affairs Committee.

After the vote, Trump defended his order to kill Qasem Soleimani and rejected criticism from Democrats who say he overstepped his authority.

At a campaign rally in Toledo, Ohio, the president told supporters that Soleimani was responsible for organizing violent protests by Iran-backed groups at the U.S. embassy in Baghdad earlier this month, saying the death saved lives and delivered "American justice."

If he had not sent U.S. troops to protect the embassy the demonstrators might have broken in and killed Americans or taken them hostage in a repeat of the 2011 storming of a U.S. diplomatic facility in Benghazi, Libya, in which the U.S. ambassador was killed, he went on to say.

Republicans has criticized the Democrats of endangering the country by trying to pass a resolution they characterized as an empty political gesture at the start of a U.S. election year.

"Instead of supporting the president, my Democrat colleagues are dividing Americans at a critical time," said Representative Mike McCaul, ranking Republican on the foreign affairs panel. He said the resolution would "tie the president's hands."

The fate of the resolution is uncertain in the Senate.

Republicans hold 53 of the chamber's 100 seats and rarely vote against the president. But at least two Republican senators – Rand Paul and Mike Lee – have expressed support for the measure.

If passed by the House and Senate, the measure does not need Trump's signature to go into effect, although Democrats and Republicans disagreed over whether it was binding. 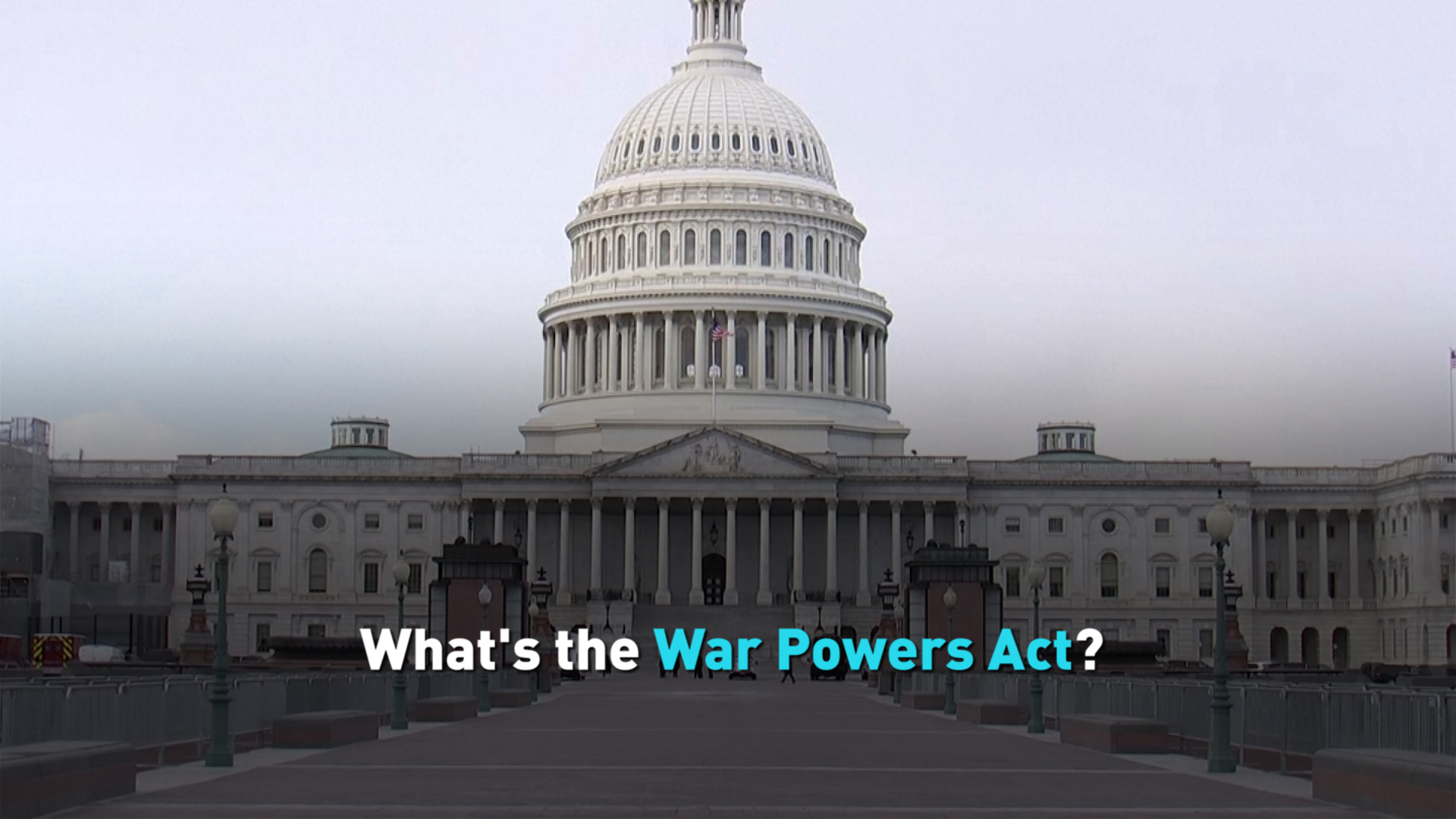 Democratic House Speaker Nancy Pelosi blamed the White House for failing to consult Congress before the drone strike that killed Qasem Soleimani in Baghdad last week, saying the action has put Americans in dark place and in danger.

Trump has called her "Crazy" on Twitter, and told reporters he did not need Congress' approval for military action against Iran. "I don't have to and you shouldn't have to, because you have to be able to make split-second decisions sometimes. Sometimes you have to move very, very quickly," he said.

Earlier on Thursday, Trump told reporters at the White House that he ordered the killing of the Iranian military commander to stop his plot to attack U.S. embassy in Baghdad.

"I will say this, we caught a total monster. We took him out. That should have happened a long time ago," Trump said of Soleimani.

He added: "We did it because they were looking to blow up our embassy. We also did it for other reasons that were very obvious. Somebody died, one of our military people died. People were badly wounded just a week before." 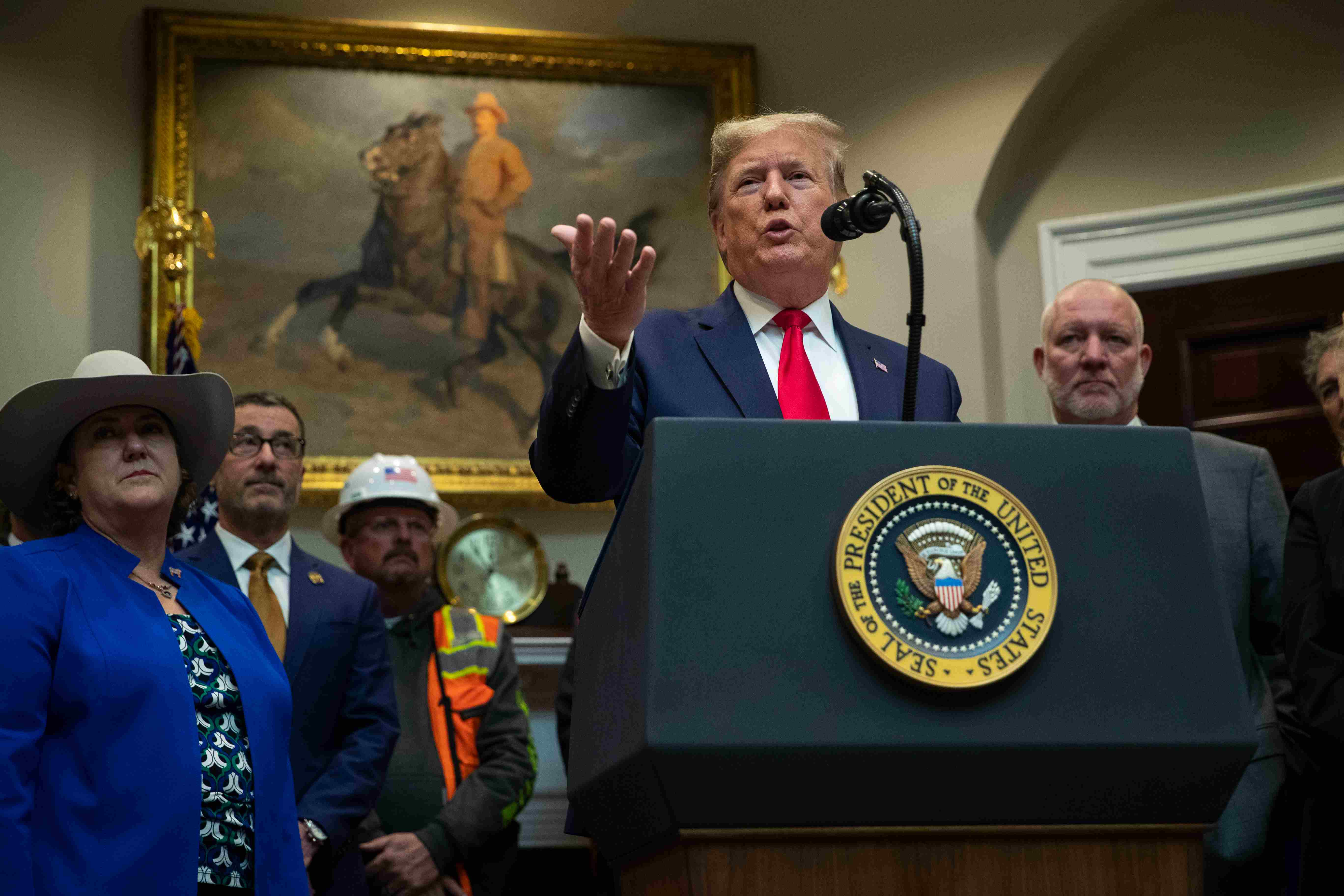 Soleimani, played a major role in the fight against Islamic State (ISIL) militants in the region.

Trump said the ISIL presented an international problem that other countries should help address. "We can come home, largely come home and use NATO," Trump said. "We caught ISIS (ISIL), we did Europe a big favor."

Trump also called on the North Atlantic Treaty Organization (NATO) to expand presence in the Middle East to help address the threat.

As a critic of NATO, he also joked that the organization could be called NATO-ME, or NATO plus the Middle East. He said he floated the possible name to NATO Secretary General Jens Stoltenberg in a call on Wednesday.

The War Powers Act, which was passed in 1973 as Congress reacted to secret bombings during the bitterly divisive Vietnam War, says the House and Senate can pass a resolution to force the withdrawal of troops engaged in a foreign conflict without Congress' consent.

It was not immediately clear what would follow if the resolution passes the Senate. Legal questions about Congress' power over the president's role as commander-in-chief are unresolved. 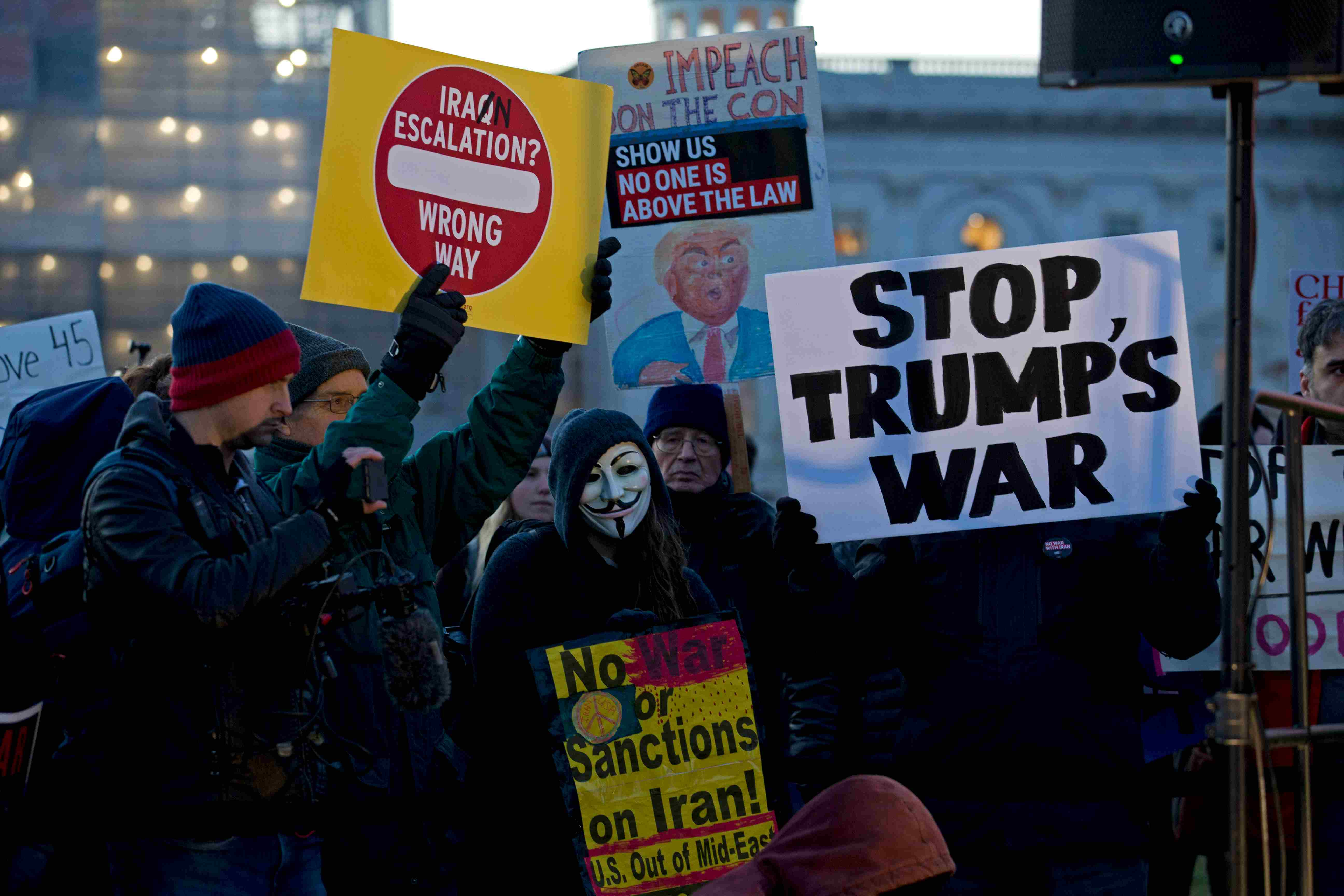 Demonstrators protest outside of the U.S. Capitol, during a House vote to measure limiting President Donald Trump's ability to take military action against Iran, on Capitol Hill, in Washington, DC, January 9, 2020. /AP Photo

Demonstrators protest outside of the U.S. Capitol, during a House vote to measure limiting President Donald Trump's ability to take military action against Iran, on Capitol Hill, in Washington, DC, January 9, 2020. /AP Photo

House Republican leader Kevin McCarthy, insisted the resolution would have no power over Trump and called it a "meaningless vote".

Democrats disagreed, noting that the U.S. Constitution gives Congress, not the president, the power to declare war. The resolution's passage, they said, would send a strong message that Trump must work with lawmakers on national security.

The White House has opposed the resolution, saying it could undermine the U.S. ability to protect its citizens whom Iran continues to seek to harm.

(Cover: Speaker of the House Nancy Pelosi, D-Calif., arrives to meet with reporters following escalation of tensions this week between the U.S. and Iran, January 9, 2020, on Capitol Hill in Washington. /AP Photo)