Trump says 'all is well' after Iran strikes U.S. bases in Iraq
CGTN 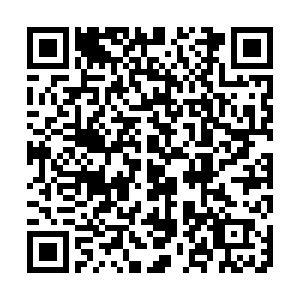 Initial reports, and a later tweet from U.S. President Donald Trump, indicated there were no American casualties, but there has been no official confirmation. There have been reports of Iraqi casualties.

CNN quoted a military source as saying the missiles appeared to have been targeted at unpopulated areas of the air bases, and Trump tweeted "All is well!" in an apparent attempt to de-escalate tensions.

The Islamic Revolutionary Guards Corps (IRCG) confirmed the strikes were in retaliation for last week's killing of top general Qasem Soleimani, according to Iranian state TV.

Iranian Foreign Minister Javad Zarif tweeted in the aftermath of the strike that "Iran took & concluded proportionate measures in self-defense under Article 51 of UN Charter." 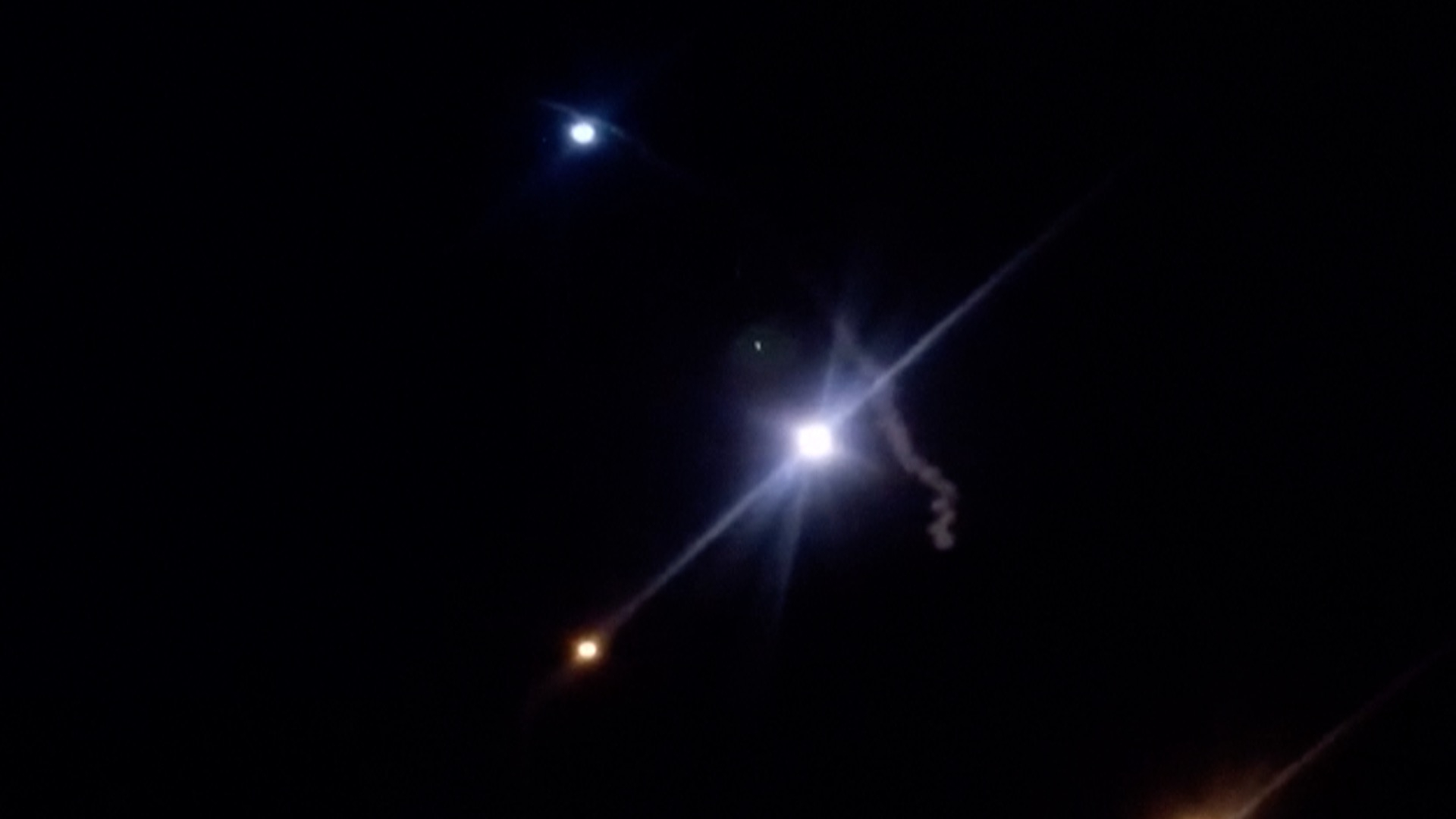 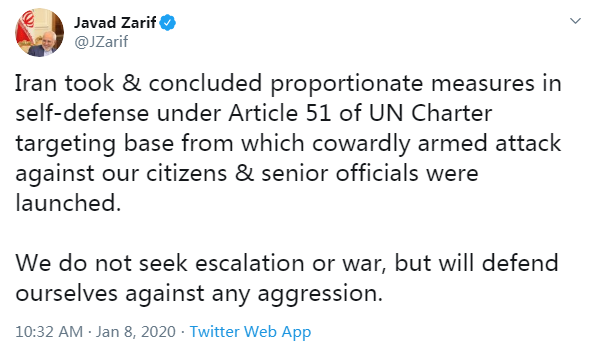 Zarif added that Iran does "not seek escalation or war, but will defend ourselves against any aggression."

Trump later suggested there was no sign of American casualties at the bases so far. "Assessment of casualties & damages taking place now. So far, so good!"

The Pentagon, which said at least a dozen ballistic missiles were fired, has not made any comment on casualties.

The missile launches come days after Trump ordered the killing of top Iranian general Qasem Soleimani, who died in a drone strike at Baghdad airport on Friday.

The Iraqi military said Wednesday that no casualties were reported in the attacks.

According to a statement released by the media office affiliated with the Iraqi Joint Operations Command, a total of 22 Iranian missiles were launched. Of them, 17 struck the Ain al-Asad air base in Iraq's western province of Anbar, and five landed on the U.S. headquarters near the city of Irbil, the capital of Iraq's semi-autonomous region of Kurdistan, the statement said.

A diplomatic tightrope: the West's dilemma in responding to Iran's missile attacks on U.S. targets 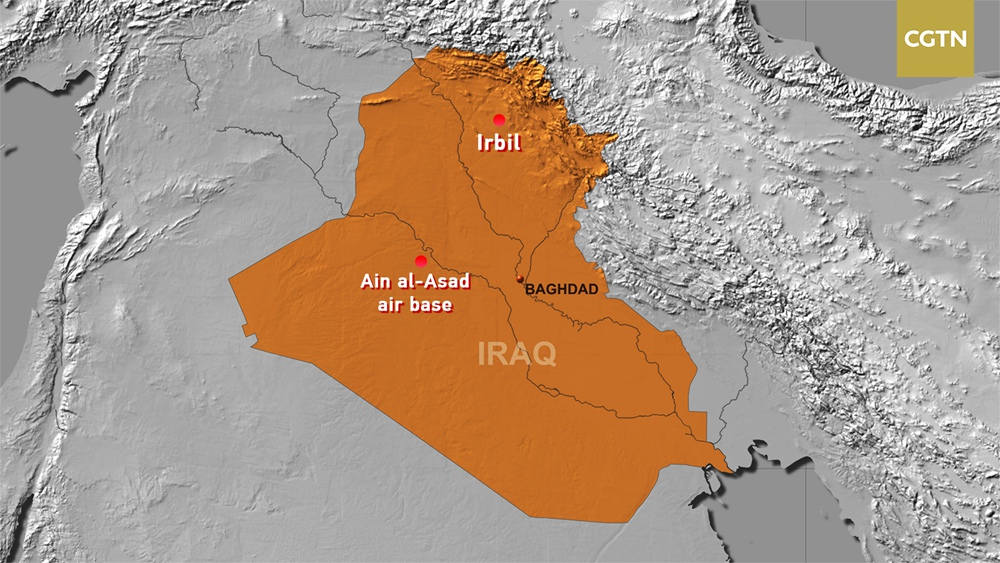 The Pentagon said it was still "working on initial battle damage assessments" after "Iran launched more than a dozen ballistic missiles against U.S. military and coalition forces in Iraq."

"It is clear that these missiles were launched from Iran and targeted at least two Iraqi military bases hosting U.S. military and coalition personnel at Al-Assad and Irbil," the Pentagon said.

Ain al-Asad air base houses about 1,500 U.S. and coalition forces, according to AP.

Profile: Who was Qasem Soleimani?

The IRGC said it launched a "successful attack with tens of ballistic missiles on al-Asad military base in the name of martyr Gen. Qasem Soleimani," according to state television.

"The fierce revenge by the Revolutionary Guards has begun," the statement added, alongside a warning that a U.S. counter-attack would be met with an even "more crushing response."

The New York Times cited Iraq's Joint Military Command saying that the attack began at 1:20 a.m. local time, the time that Soleimani was killed on Friday.

Iranian Supreme Leader Ayatollah Ali Khamenei on Wednesday in an address to the nation said "we slapped them (Americans) on the face last night" with the missile strike.

Khamenei called the U.S. Iran's enemy, saying the U.S. presence in the region should come to an end.

"When it comes to confrontation, military action of this kind is not enough," Khamenei said. "Iran is equipped against the bullies of the world."

Iranian Foreign Minister Mohammad Javad Zarif also told state TV on the same day that Iran's missile attacks on U.S. targets in Iraq on were "legitimate self-defense" and Washington's assessment should be based on illusions.

Will the U.S. respond?

The White House said Trump has been briefed on the attacks and is monitoring the situation.

Secretary of State Mike Pompeo and Defense Secretary Mark Esper arrived at the White House following news of the attack.

Earlier on Tuesday, Esper said the United States should anticipate retaliation from Iran over Friday's killing in Iraq of Soleimani, commander of the elite Quds Force.

"I think we should expect that they will retaliate in some way, shape or form," he told a news briefing at the Pentagon, adding that such retaliation could be through Iran-backed proxy groups outside of Iran or "by their own hand."

"We're prepared for any contingency. And then we will respond appropriately to whatever they do," Esper said.