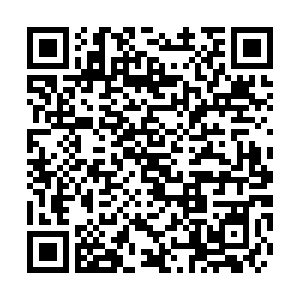 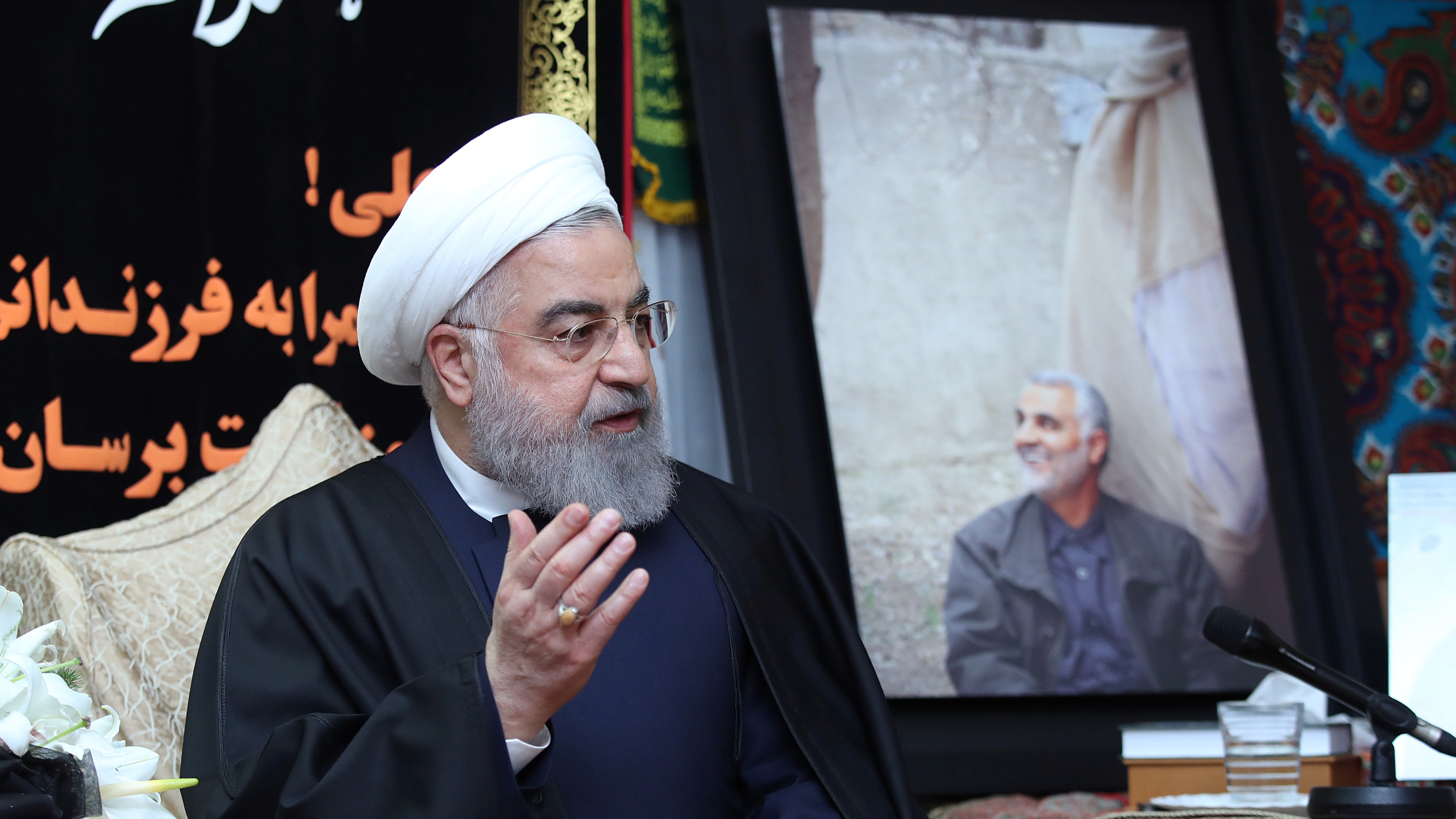 The Bureau of Enquiry and Analysis for Civil Aviation Safety (BEA) confirmed its involvement in the technical analysis of the black box flight data recorder and cockpit voice recorder of the Ukrainian passenger plane that was shot down on Wednesday, and the analysis will be completed in Ukraine, the BEA said in a statement on Sunday.

The BEA also said the schedule and progress of the analysis would be released by Iran's civil aviation authorities.

Iranian President Hassan Rouhani on Saturday admitted the Ukrainian airliner was shot down by Iranian forces. In a statement, he said his country is "deeply sorry by this disastrous mistake" and promised to "take all necessary measures to compensate and sympathize with the bereaved families."

Rouhani has spoken with Ukrainian President Zelensky and Canadian Prime Minister Trudeau on Saturday about the incident, and he expressed deep regret over the incident and that Iran was fully committed to fulfilling its legal obligations.

In the phone call with Ukrainian President Zelensky, Rouhani said human error had caused the incident and those involved would be investigated by the judiciary.

"Armed Forces' internal investigation has concluded that regrettably, missiles fired due to human error caused the horrific crash of the Ukrainian plane & death of 176 innocent people," he said on Twitter, extending his deepest condolences to the families of the victims.

In the statement, Rouhani promised to further investigate and identify the causes and roots of the incident while emphasizing the necessity to address the "weaknesses of the country's defense systems" to avoid the same disaster happening again.

Apart from compensating measures to the families, the president also called for "full cooperation" regarding the identification and returning of the bodies of victims.

Iranian Foreign Minister Javad Zarif also said in a tweet on Saturday that "human error at a time of crisis caused by U.S. adventurism led to disaster."

"Our profound regrets, apologies and condolences to our people, to the families of victims, and to other affected nations," the foreign minister wrote.

A Boeing 737 plane operated by Ukraine International Airlines was "unintentionally" shot down by Tehran on Wednesday. All 176 people on board, consisting of 167 passengers and nine crew members from several countries, were killed in the crash. 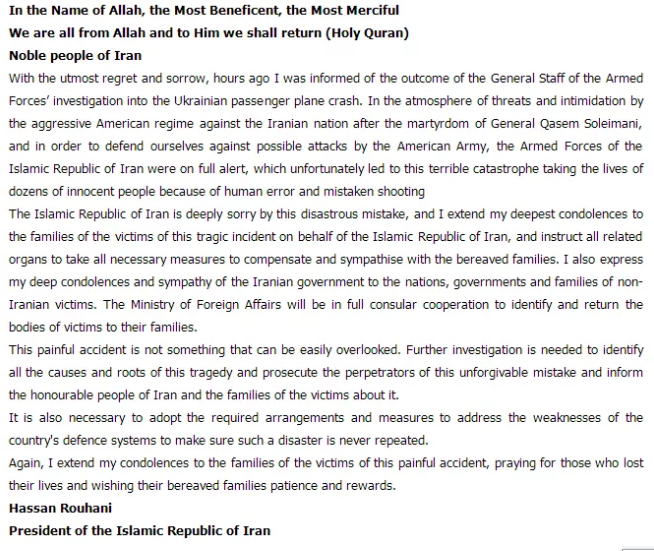 Zelensky: The guilty must be brought to courts

In a phone call with Rouhani, Ukrainian President Volodymyr Zelensky expressed hope that cooperation between Iran and the team of Ukrainian experts would continue so that the investigation could be completed in accordance with the law and the bodies of the victims handed over to their families as soon as possible.

Zelensky made a speech on Saturday, demanding Iran to punish those responsible for downing a Ukrainian airliner and pay compensation.

"We expect Iran... to bring the guilty to the courts," the Ukrainian leader wrote on Twitter, calling also for compensation and the return of victims' remains.

"We hope the inquiry will be pursued without deliberate delay and without obstruction," Zelensky said, adding he urged "total access" to the full inquiry for 45 Ukrainian experts, and in a tweet also sought an "official apology" through diplomatic channels.

Canadian Prime Minister Justin Trudeau on Saturday spoke to Rouhani after the latter termed the military's shooting down of the plane a "disastrous mistake." The move killed all 176 people onboard, including 57 Canadians.

"Canada and the world still have many questions, questions that must be answered," Trudeau said, adding that it is "absolutely necessary" that Canada participates in this investigation. "We expect the full cooperation of Iranian authorities," he said.

Trudeau said a "full and complete" investigation is crucial in determining whether the downing of the airliner had indeed been a mistake, and he said compensation by Iran to the families should be "part of the mix."

Trudeau said he told Rouhani that Iran's admission that it unintentionally shot down the passenger jet was "an important step," but he added that more steps must be taken to have "full clarity on how such a horrific tragedy could have occurred." 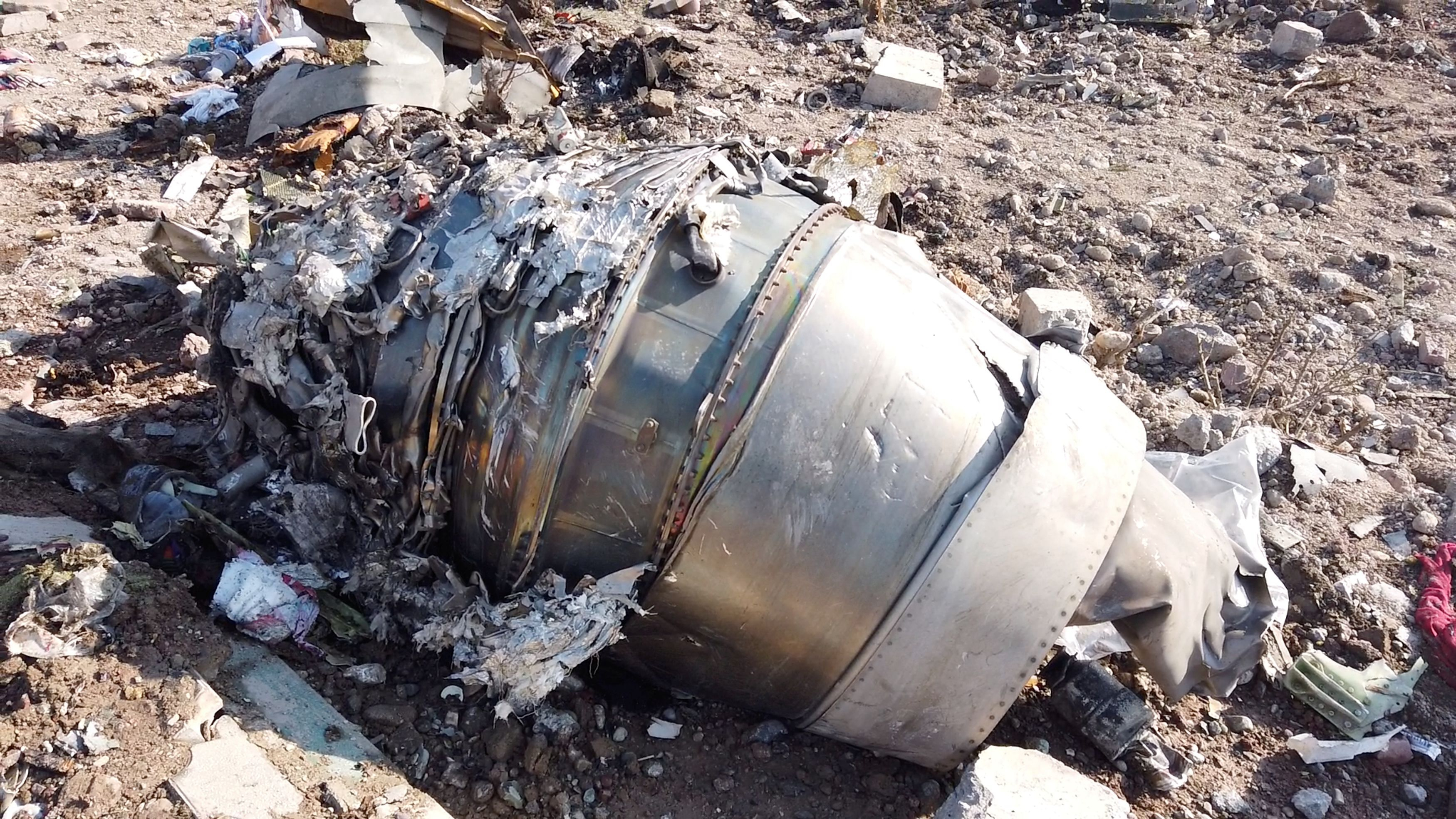 Debris from the Ukraine International Airlines plane that crashed after takeoff from Iran's Imam Khomeini airport is pictured on the outskirts of Tehran, Iran, January 8, 2020. /Reuters Photo

Debris from the Ukraine International Airlines plane that crashed after takeoff from Iran's Imam Khomeini airport is pictured on the outskirts of Tehran, Iran, January 8, 2020. /Reuters Photo

Three days after the tragedy, the Iranian military admitted the flight was accidentally shot down because it had been mistaken for a "hostile plane" at a time when enemy threats were at the highest level.

The military also ordered relevant departments to give detailed explanations to people as soon as possible and promised reform at the force level to prevent such mistakes again.

The shocking admission came after rounds of denials in the past days.

Canada and others said Friday the Ukrainian jetliner was brought down by an Iranian missile, probably by mistake.

The claims were fiercely rebutted by Iranian aviation authority as political statements against Tehran made with a lack of evidence and data.

Ukraine International Airlines has dismissed on several occasions that its plane or its crew were the cause of the crash.

(Cover: Iranian President Hassan Rouhani visits the family of the Iranian Major-General Qasem Soleimani, head of the elite Quds Force, who was killed by an air strike in Baghdad, at his home in Tehran, Iran, January 4, 2020. /Reuters Photo)