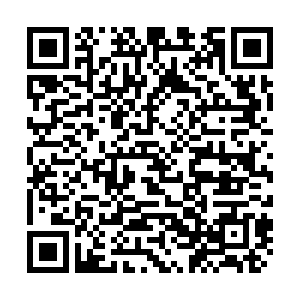 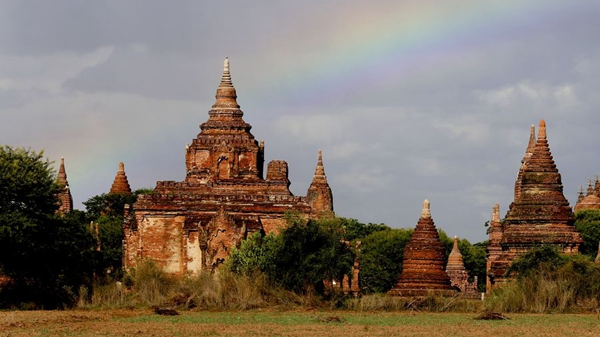 Pagodas are seen in the ancient city of Bagan, Myanmar, July 6, 2019. /Xinhua Photo

Pagodas are seen in the ancient city of Bagan, Myanmar, July 6, 2019. /Xinhua Photo

Editor's note: Song Qingrun, is an expert on Southeast Asia studies. The article reflects the authors' opinions, and not necessarily the views of CGTN.

Myanmar was one of the first countries to recognize the People's Republic of China. The two countries established diplomatic relations on June 8, 1950. This year marks the 70th anniversary of the establishment of diplomatic ties between China and Myanmar and is an important year for bilateral relations. At the invitation of U Win Myint, President of Myanmar, Chinese President Xi Jinping will pay a state visit to Myanmar from January 17 to 18. This visit to Myanmar is the first trip abroad by President Xi this year, and the second one by a Chinese President in 19 years.

China-Myanmar friendship can be traced back to ancient times and has been improving over time. Over the past 70 years, China-Myanmar relations have grown on the basis of mutual respect, mutual trust, and mutual assistance, setting a good example of harmonious coexistence and win-win cooperation between countries large and small.

China and Myanmar share a border of more than 2,000 kilometers. In the 1960s, the two countries successfully resolved the boundary issue left over from history through friendly consultations, setting an example for state-to-state settlement of the complicated boundary issue. 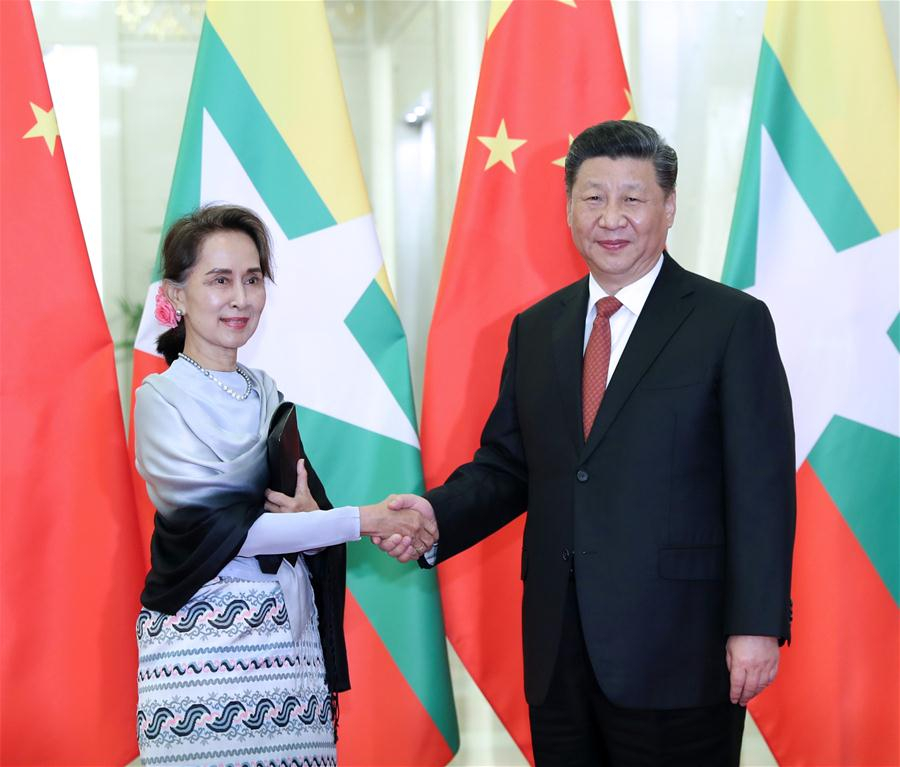 In recent years, China and Myanmar have developed comprehensive strategic cooperative partnership on the basis of mutual respect, equality and mutual benefit and deepened exchanges and cooperation in political, economic, trade, cultural, people-to-people and military fields. And the Belt and Road Initiative (BRI) cooperation between two countries has yielded fruitful results.

Between the two countries, there are frequent high-level visits and smooth policy communication and coordination about the BRI cooperation. China has regarded Myanmar as an important country in co-building the BRI; Myanmar supports China's BRI once the Initiative was proposed in 2013.

In November 2017, Chinese Foreign Minister Wang Yi told reporters at a joint meeting with Aung San Suu Kyi that China proposed to build the China-Myanmar Economic Corridor. The two governments then held consultations and signed a memorandum of understanding on jointly building the Economic Corridor. Myanmar's steering committee for the implementation of the BRI cooperation was set up in December 2018, chaired by Aung San Suu Kyi.

Solid progress has been made in building the China-Myanmar Economic Corridor in all fields, which has boosted employment and economic development along the route and greatly improved the living standards of local people.

In addition, China and Myanmar's people-to-people exchanges have made remarkable achievements. The thousand-year "paukphaw" friendship between China and Myanmar has gained new luster in the new era. China-Myanmar cooperation attaches great importance to projects aimed at improving people's well-being and promoting development for the people of Myanmar.

In 2018, the Chinese Cultural Center in Yangon was officially opened, becoming a new and important platform for China-Myanmar cultural exchanges. There are more than 150 direct flights a week between the two countries now, more than seven times more than three years ago.

China has also provided various kinds of training to over 8,000 Myanmar personnel. Over the past three years, a number of Chinese non-governmental organizations have carried out charity activities in Myanmar, providing more than 6,000 cataract operations for ordinary Burmese.

This pragmatic cooperation has brought tangible benefits to the people of Myanmar, and China-Myanmar cooperation and exchanges in various fields will gain more public support.

The two sides have decided to designate 2020 as the China-Myanmar Year of tourism and culture. The two countries will further strengthen exchanges and cooperation in education, culture, tourism, religion, media and other social and cultural fields to enhance mutual understanding and friendship between the two peoples.