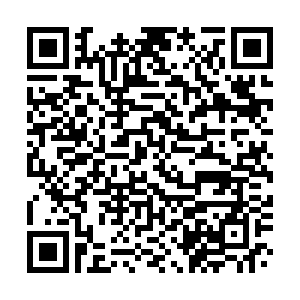 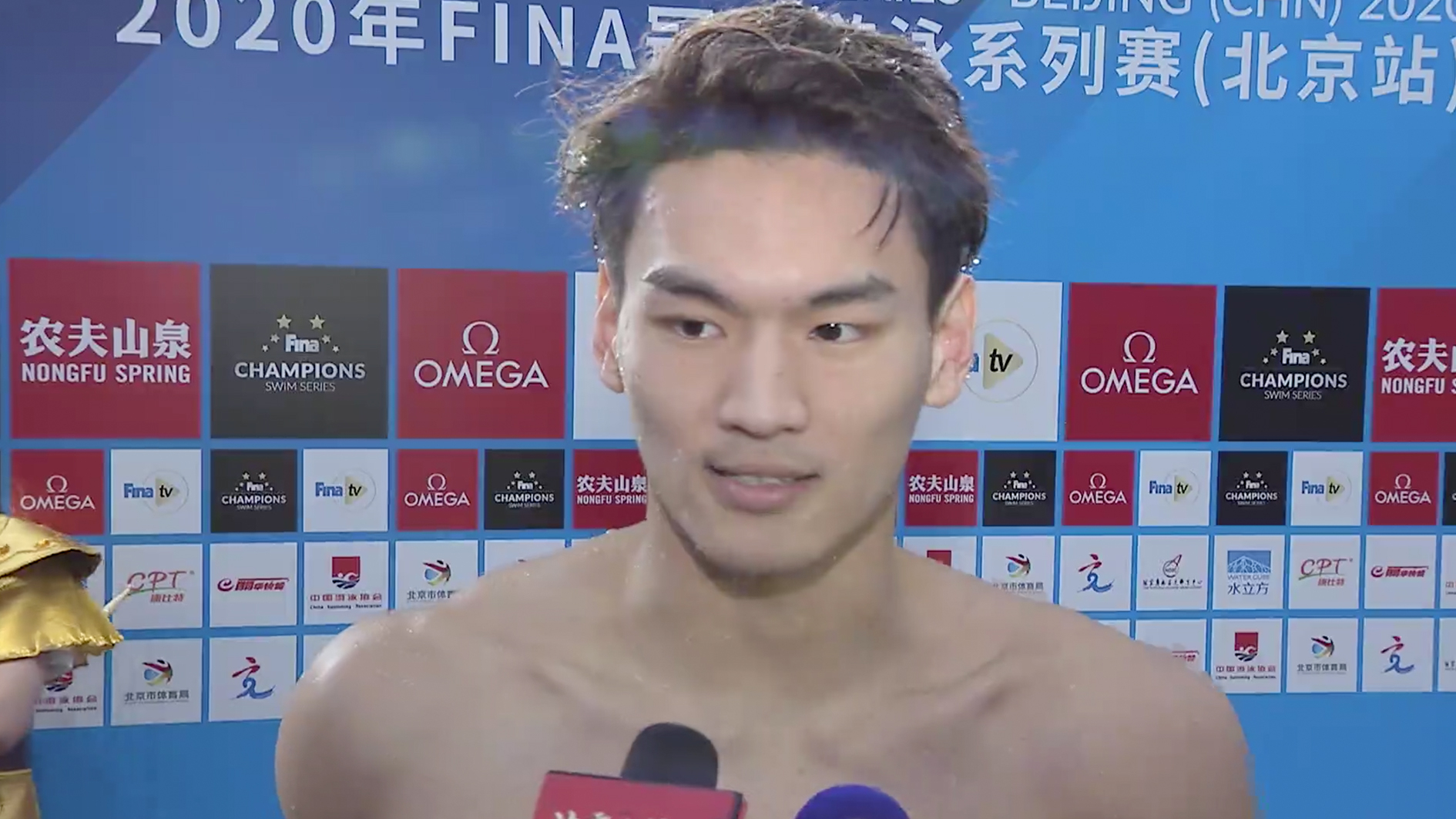 Three-time Olympic champion Sun Yang delighted the home fans as he led the Chinese swimmers to five gold medals on the first day of the FINA Champion Swim Series in Beijing on Saturday.

Sun stormed a time of one minute and 45.55 seconds to win the men's 200m freestyle, beating his arch-rival Danas Rapsys of Lithuania, who finished second in 1:45.74, and Dominik Kozma of Hungary, who came third in 1:48.98.

"I did not think itwas revenge since I lost to Danas in Shenzhen by 0.03 seconds. It is a good competition with the strongest rivals in the world. To me, Danas is very tough and also a respected friend," said Sun, who took a gold in the 400m freestyle and a silver in the 200m freestyle in the Shenzhen leg held from January 14 to 15.

Sun will compete in the 400m freestyle on Sunday. 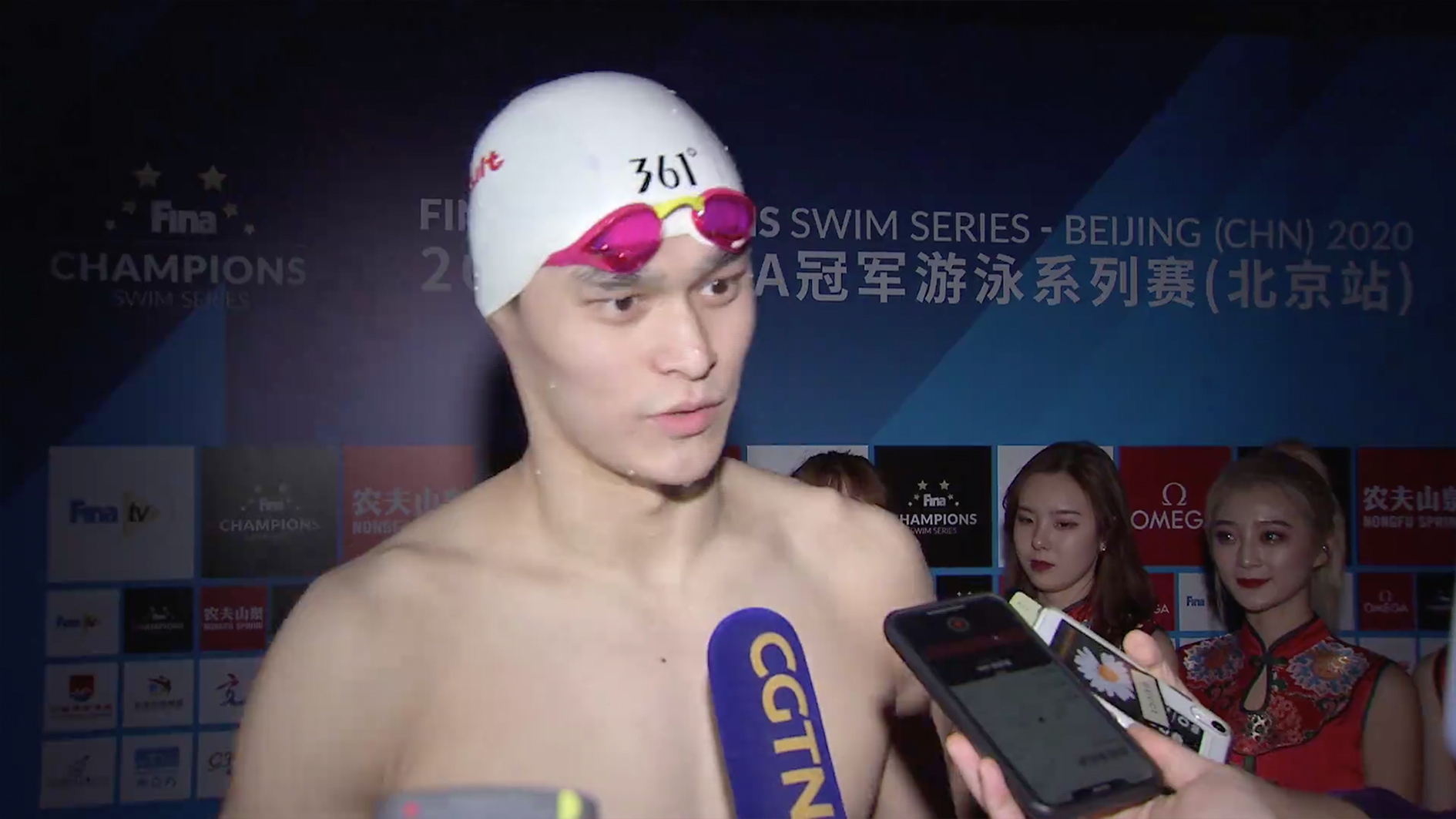 World record holder Liu Xiang proved her reputation in the women's 50m backstroke in 27.58, her compatriot Yu Jingyao continued her winning streak in the women's 200m breaststroke in 2:24.52.

"My winter training is paying off, but right now I need to improve a lot of things, such as my start, and the rhythm of my legs. This result gives me hope for the upcoming Olympics, but I don't want to think too far ahead, because that would slow me down," Liu said after the match.

Another Chinese Yan Zibei led the men's 100m breaststroke in 58.83. 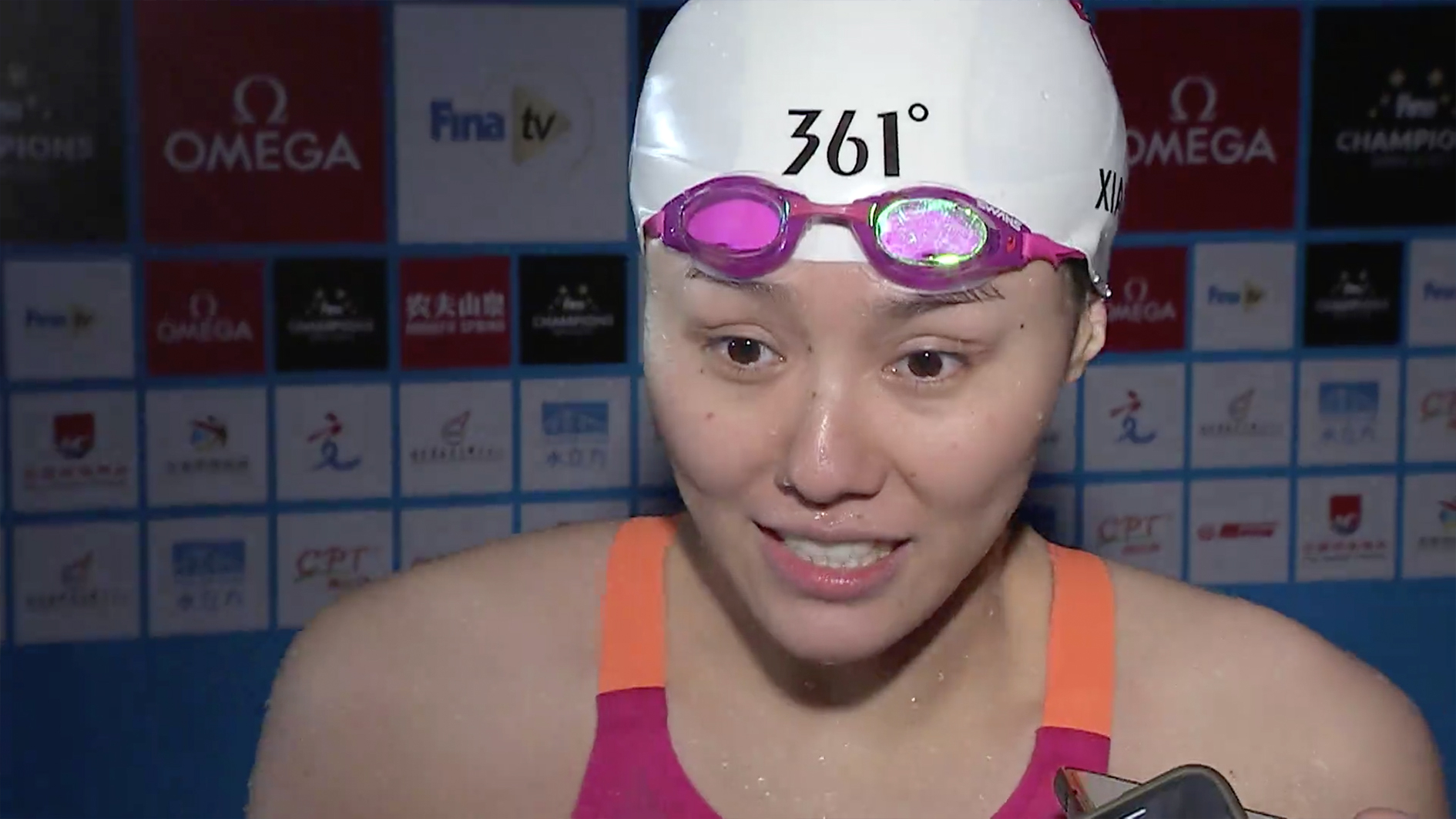 "I am satisfied with my results. I think this was good because I went up against a swimmer who used to be my idol, and the competition is also a way to examine our winter training results, in order to learn how to further improve ourselves," Xu said.

World champion Daiya Seto was the only double winner on Saturday as he claimed titles in both men's 200m butterfly in a Japanese national record time of 1:52.53 and the 200m individual medley in 1:55.55.

"I am surprised by my 200m fly because I was not in my best form. But the time boosts my confidence. It is a great start for me," commented Seto after the race.

In other women's events, Katinka Hosszu of Hungary snatched the gold in the 200m backstroke, Ajna Kesely of Hungary topped the 400m freestyle in 4:09.10, Siobhan Haughey of Hong Kong, China, was the fastest in the 100m freestyle in 53.33, and Molly Hannis of the United States beat Jamaican veteran Alia Atkinson in the 50m breaststroke.

On the men's side, World Cup overall winner Vladimir Morozov of Russia was the king in the 50m freestyle with a time of 21.55 seconds, and Nicholas Santos of Brazil won the 50m butterfly in 22.95.

With about 70 top swimmers from 26 countries and regions, the FINA Champions Swim Series will finish the second leg in Beijing on Sunday.