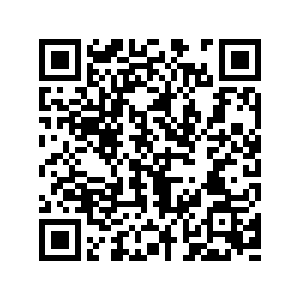 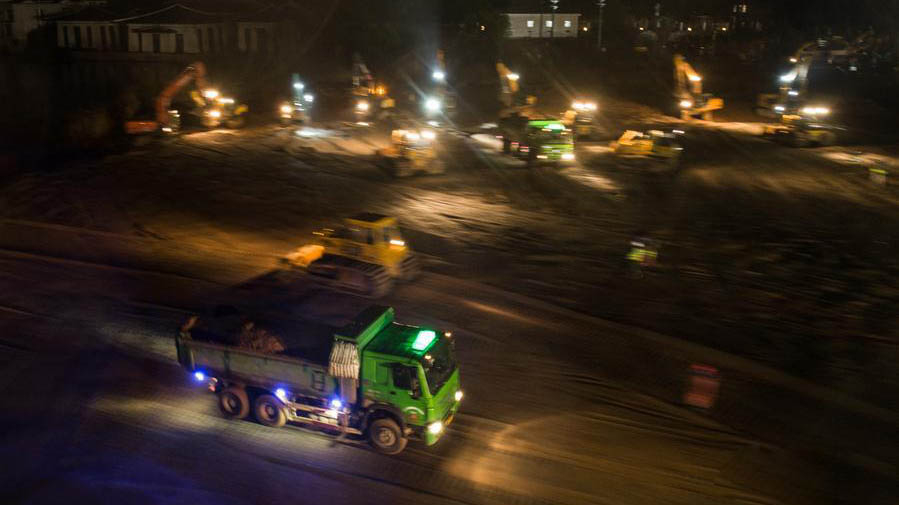 China is racing against time to build a specialized hospital for novel coronavirus patients in the western suburbs of Wuhan, the epicenter of the outbreak which has killed 56 people and sickened more than 2,000 in the country as of Sunday.

Four state-owned construction firms broke ground on the eve of Lunar New Year, on January 24, with more than 1,000 workers toiling around the clock to deliver the 1,000-bed Huoshenshen Hospital ready for use on February 3.

On Saturday, construction work for a second such hospital, Leishenshan, began in the city's Jiangxia District. The new hospital, which is even bigger than the first one, will have an additional 1,300 beds within two weeks. 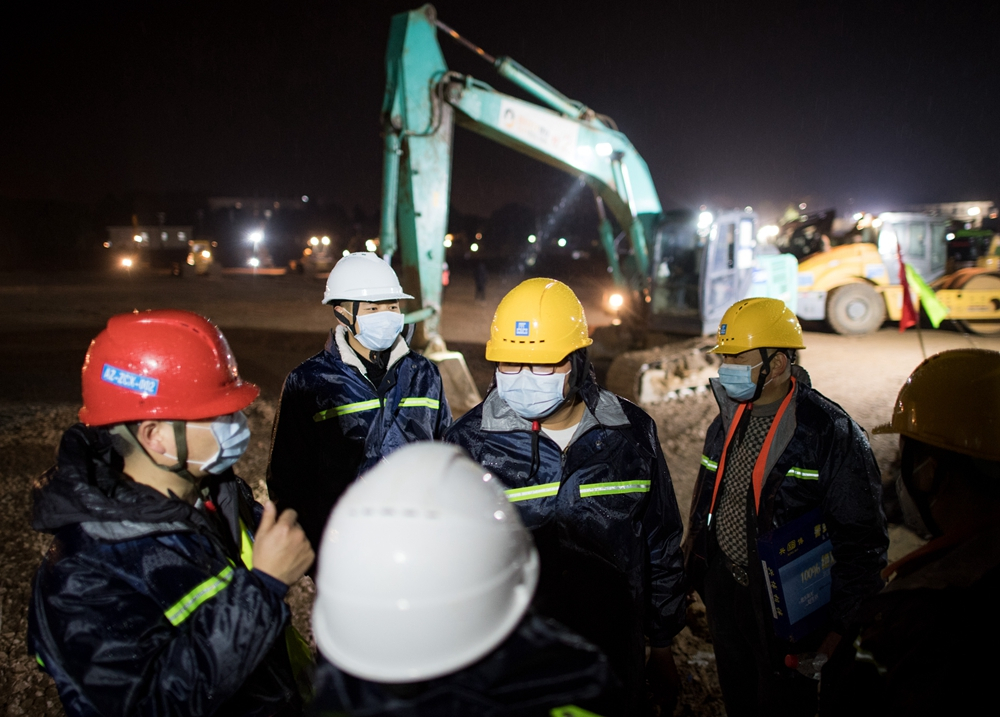 Workers at the construction site for a new hospital for novel coronavirus patients in Caidian District of Wuhan, central China, January 24, 2020. /CGTN Photo

Workers at the construction site for a new hospital for novel coronavirus patients in Caidian District of Wuhan, central China, January 24, 2020. /CGTN Photo

The new makeshift hospitals in Wuhan are modeled on Beijing's Xiaotangshan Hospital, which was built in a week during the severe acute respiratory syndrome (SARS) outbreak in 2003.

The rapidly rising number of infected cases from the novel coronavirus outbreak has had hospitals in Wuhan and surrounding regions in Hubei Province overwhelmed by the sudden influx of patients.

The outbreak in Wuhan came amid China's Spring Festival travel rush, when hundreds of millions of trips are made across and out of the country. The national health emergency has led to a lockdown of the central China transportation hub along with a dozen cities in Hubei in a bid to contain the disease.

Wuhan's designated hospitals for coronavirus patients have been stretched to the limit and are struggling to keep medical staff from being exposed to contagion. Many hospitals say they are running out of protective equipment and have appealed online for help from the public. Shipments for more supplies have also become a problem with the transportation closure in place and most businesses taking time off during the holiday. 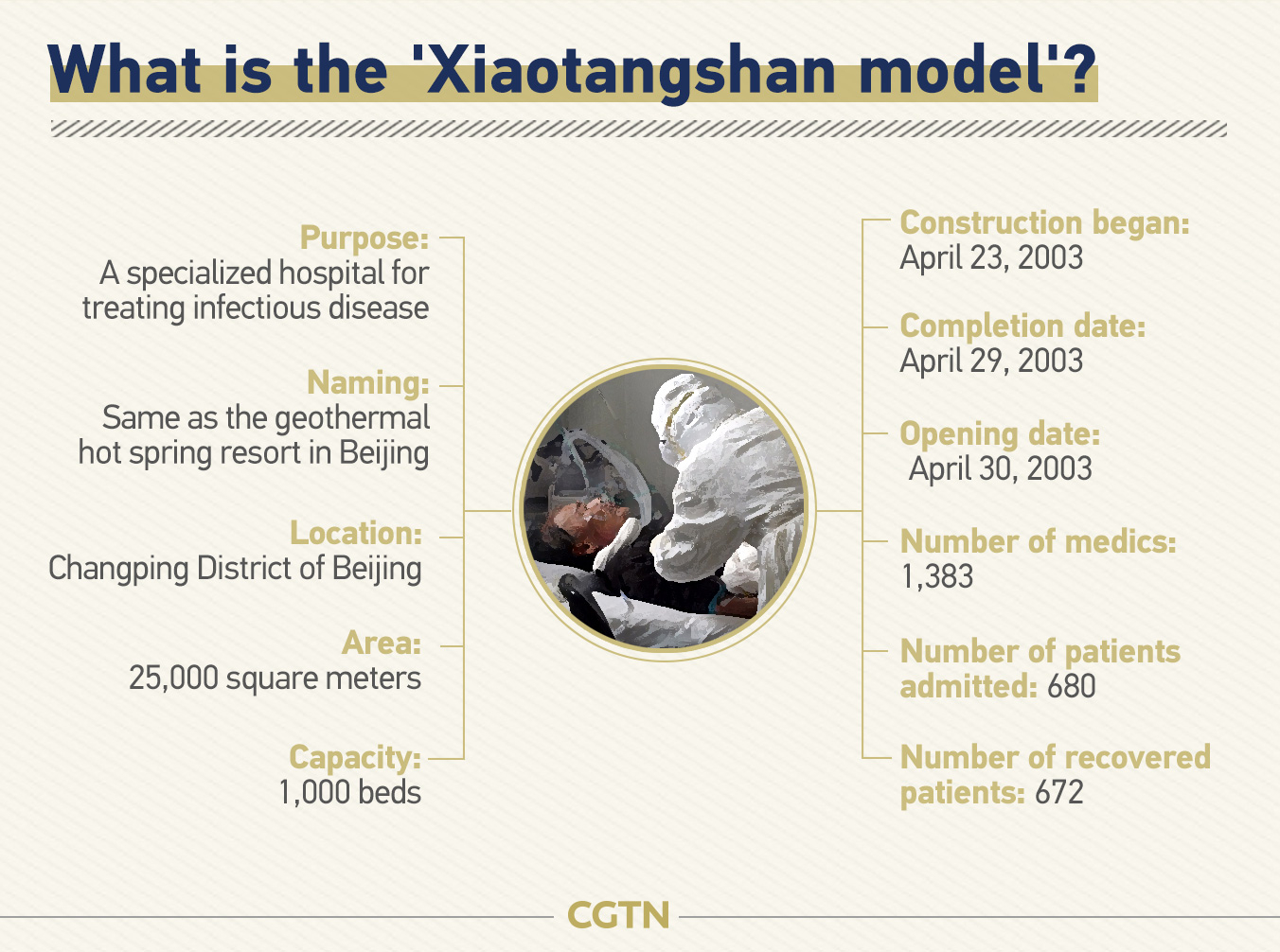 Xiaotangshan Hospital played a crucial role in China's battle against SARS 17 years ago. Built on the open space of a hot spring sanatorium on the outskirts of Beijing, the specialized hospital for infectious disease treated one-seventh of China's SARS patients in the spring and summer of 2003. By end of June, 99 percent of patients admitted there recovered and none of the 1,383 medical staff was infected.

The opening of Xiaotangshan Hospital was a turning point for Beijing in the Chinese capital city's fight against SARS, wrote Zhang Yanling, then head of the hospital, in his book. All medics at the hospital followed a strict protocol for sterilization and handling contaminated waste to prevent infection, Zhang recalled.

Drawing on Xiaotangshan's experience, Wuhan's Huoshenshan hospital is located at the Workers' Sanatorium away from populated areas and equipped with separated quarantine wards to minimize risks of cross-infection. Health officials overseeing the operation said the facilities can be assembled quickly using portable prefabricated components at low cost. The emphasis is on speed and functionality.

Read more: Coronavirus vs. SARS: How similar are they? 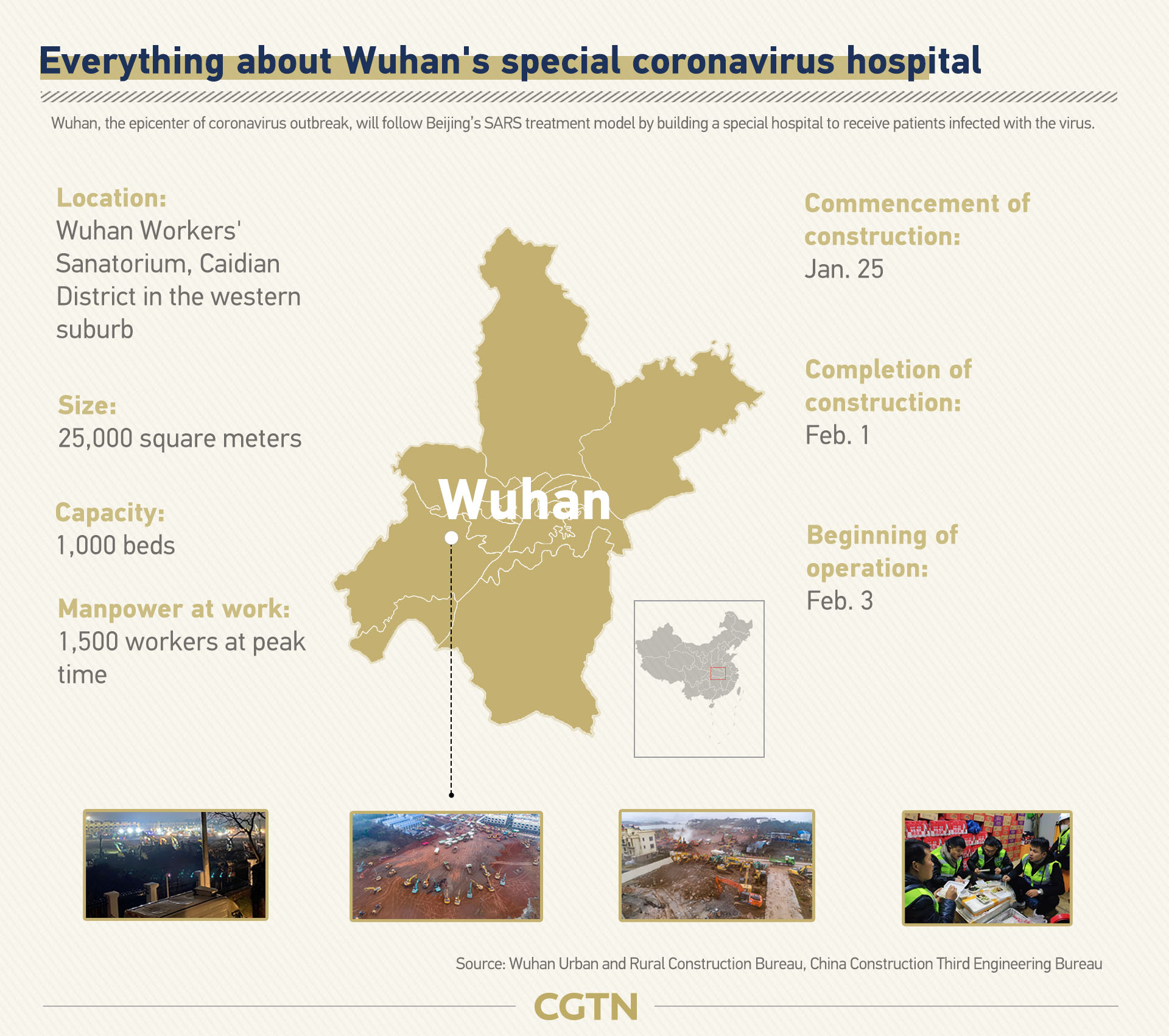 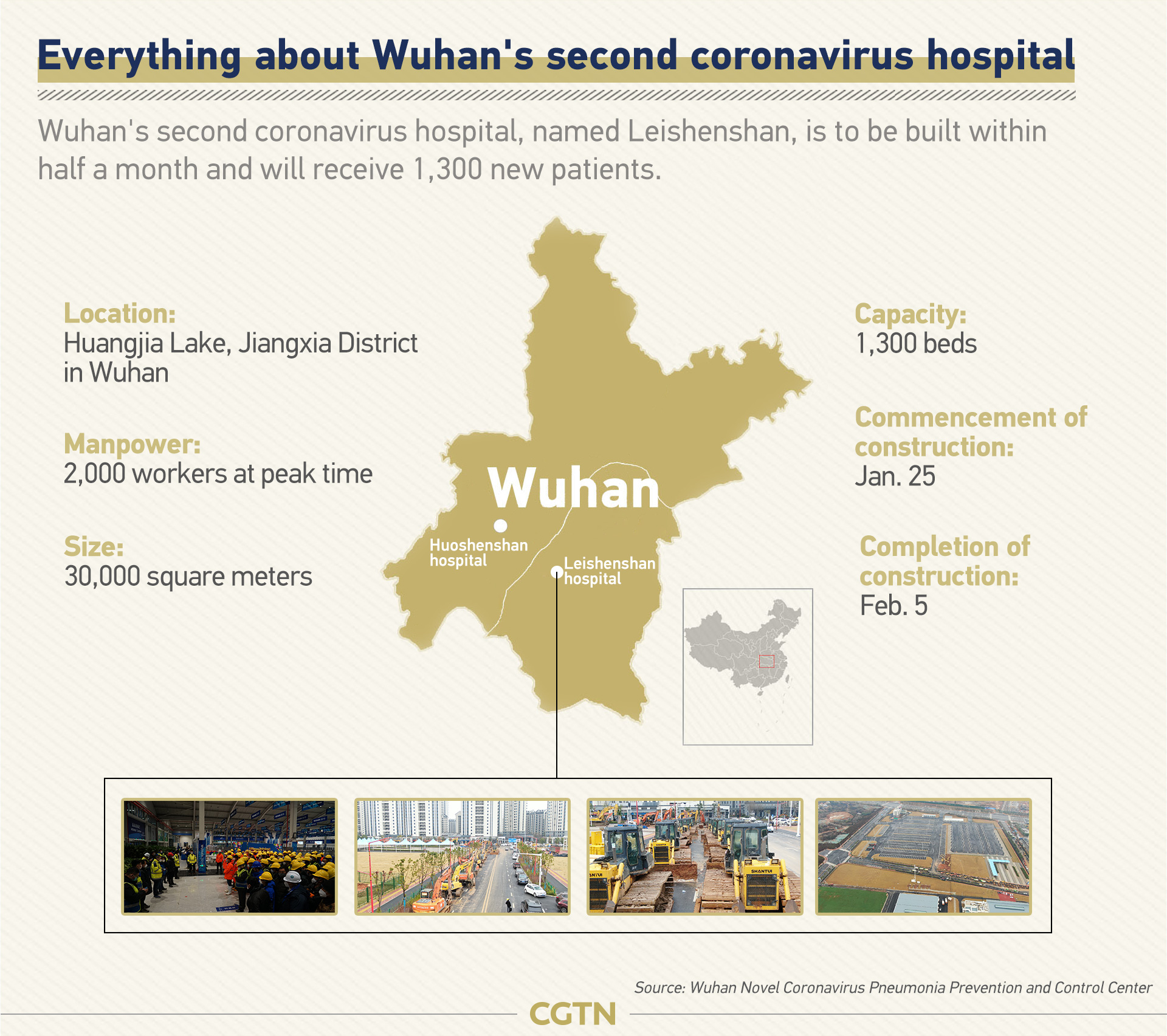 It has been reported that a team of medics who treated SARS patients at Xiaotangshan in 2003 applied to join Wuhan's fight against the novel coronavirus.

What's behind the names?

Huoshenshan and Leishenshan were not existing places. The names, respectively meaning "Fire God Mountain" and "Thunder God Mountain," are believed to have been chosen for auspicious reasons.

According to the ancient Chinese belief of the five elements (metal, wood, water, fire and earth), the lungs are governed by the element of metal, which is suppressed by fire. However, a more scientific take is that the high temperature of fire can kill the coronavirus.