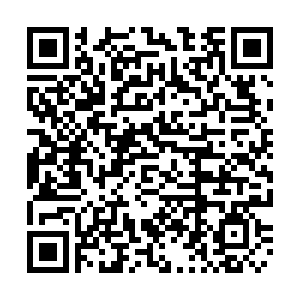 A common link exists between the current novel coronavirus outbreak and the Severe Acute Respiratory Syndrome (SARS) epidemic of 2003 – the wildlife trade.

While the animal spreading the new strain of coronavirus remains unknown, the number of cases has surpassed the 5,327 infected during the SARS epidemic spread by palm civets that killed 775.

This coronavirus has so far infected more than 9,000 people in China and more than 100 abroad, leading the World Health Organization to declare it a global health emergency on Friday.

One of the many animals, including wild game, on sale at Huanan Seafood Market in Wuhan, the epicenter of the outbreak, is likely to be the source of the new infection.

Bats, known as a reservoir for most viruses, might be the original host of the new strain, said a statement from the journal Lancet on Thursday, but an unknown animal sold at the market may be an intermediate host.

"Despite the importance of bats, it seems likely that another animal host is acting as an intermediate host between bats and humans," said Professor Wu Guizhen of the Chinese Center for Disease Control and Prevention.

Wildlife markets: A Petri dish for growing an epidemic

A virus transmitted by bats to camels played the same role in the Middle East Respiratory Syndrome (MERS) outbreak in 2012 that killed 858 as of last year and affected more than 27 countries.

"Wild animal markets are a Petri dish for an epidemic and an unacceptable risk to global health that should be consigned to history as soon as possible," Peter Knights, CEO of WildAid, an environmental organization, told CGTN.

"Mixing of species, wild and domestic, is the perfect cocktail to create a new deadly disease. These markets have no place in a modern forward-looking China."

In order to contain the outbreak, China has suspended wildlife trade. In an advisory, the government directed people to stay away from markets selling wild and live animals.

A call for complete ban of wildlife trade

The growing numbers of deaths and confirmed cases have prompted demand for a complete ban.

"There are two good reasons to ban the wildlife trade in China permanently," said Terry Townshend, founder of Birding Beijing.

"First, the public health risks, as illustrated by the ongoing outbreak of novel coronavirus. And second, we are facing a global biodiversity crisis with around 60 percent of vertebrates lost on Earth in the last 50 years."

"While consumption of bushmeat in remote wild areas for direct consumption is inevitable, commercialization and bringing the animals into our densely populated cities court global disaster for marginal economic gain," Knights said.

A blanket ban on the trade, according to many, would also boost the country's image as a host of the UN Convention on Biological Diversity in October in Kunming, where governments are due to set targets to reduce global biodiversity loss.

"It's a perfect time, and good for China's international image, to announce a permanent ban on the wildlife trade," said Townshend.