Graphics: What's the difference between SARS, MERS and the novel coronavirus?
By Hu Yiwei 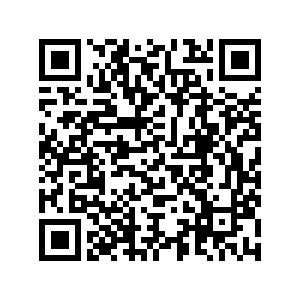 A mysterious pneumonia outbreak first reported December in Wuhan, central China's Hubei Province, has quickly spread across the country and around the world.

As of Saturday, the novel coronavirus epidemic, now declared a global health emergency by the World Health Organization (WHO), has sicken over 14,300 people and killed over 300 in China.

Scientists have attributed the outbreak to "2019-nCoV," a new strain of coronaviruses that has not been previously identified in humans.

What makes it different?

The word "corona" comes from the Latin for crown, which coronaviruses resemble under a microscope. 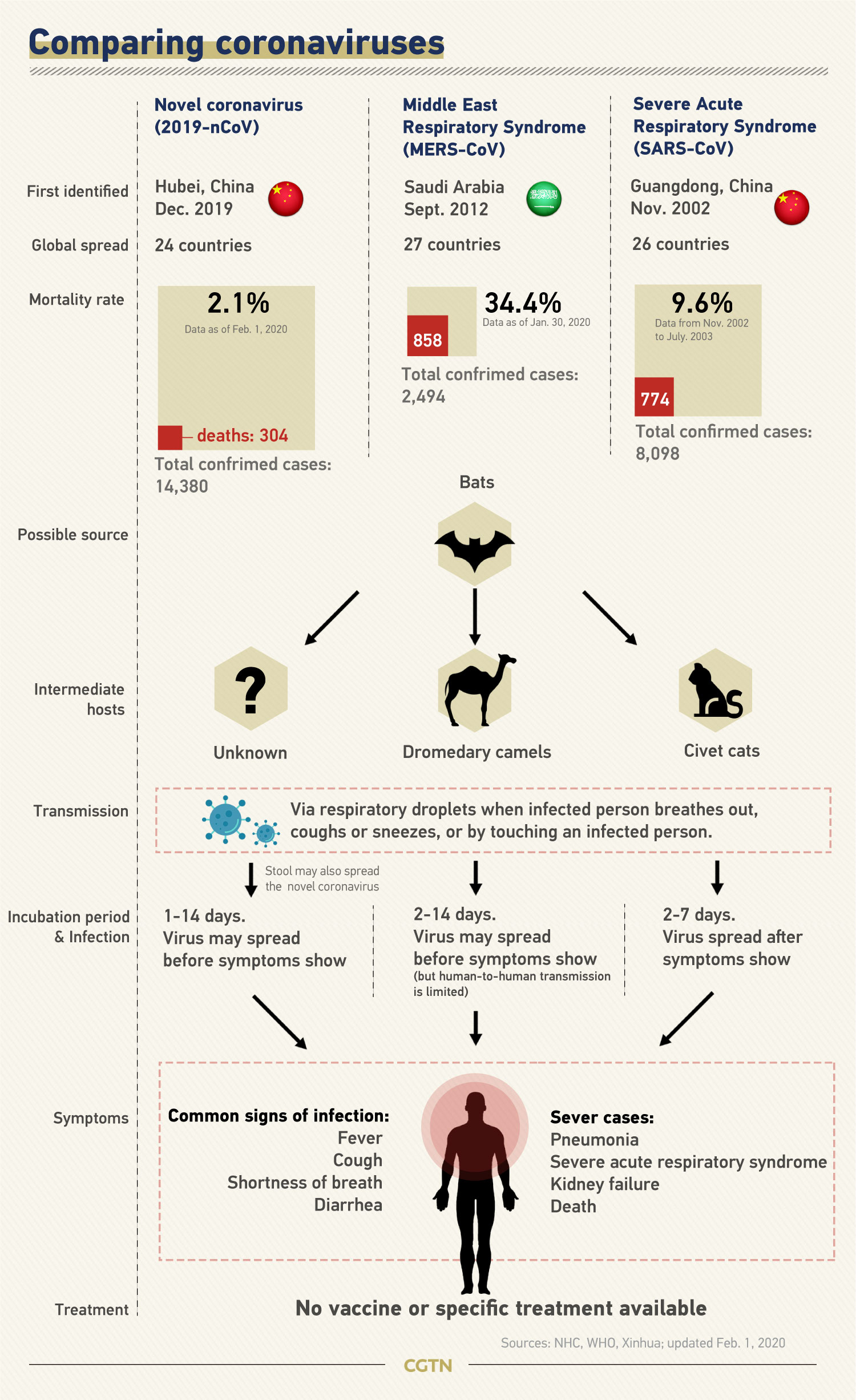 Coronaviruses are zoonotic, meaning they are transmitted from animals to humans.

SARS-CoV, for instance, was transmitted from civet cats to humans while MERS-CoV travelled from dromedary camel to humans.

But in both cases bats are the original host. Civet cats and cats serve as an important intermediary that carries virus from the winged mammal to humans.

Their route of transmission and symptoms seem to have much in common, whereas the novel coronavirus is spreading far more quickly than the other two diseases.

As of Saturday, the confirmed number of coronavirus cases on the Chinese mainland has almost tripled the amount of people infected by SARS epidemic 17 years ago.

Before the new coronavirus declared a global emergency Thursday by the WHO, there have been five global health emergencies since such declaration was formalized: swine flu (2009), polio (2014), Ebola (2014 then again in 2019), and Zika (2016).

Compared with these diseases, WHO's preliminary estimate shows the novel coronavirus has a relatively low level of mortality rate and contagiousness for now. 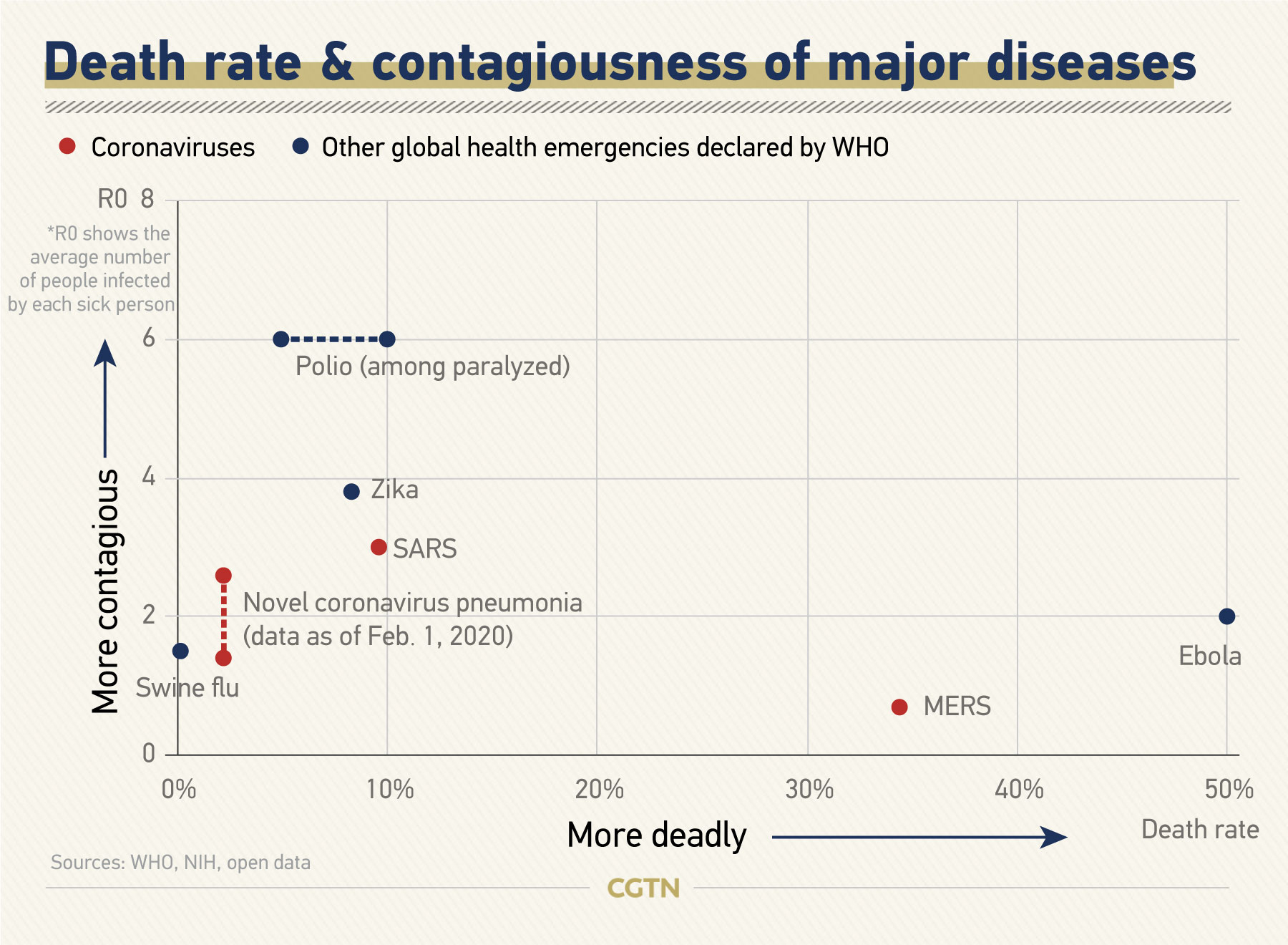 The major concern is the threat to countries with fragile health systems.

"In many ways, China is actually setting a new standard for outbreak response," which deserves "respect and appreciation, and are worth learning," Ghebreyesus said.

After the outbreak, the Chinese government is responding swiftly with strong measures. 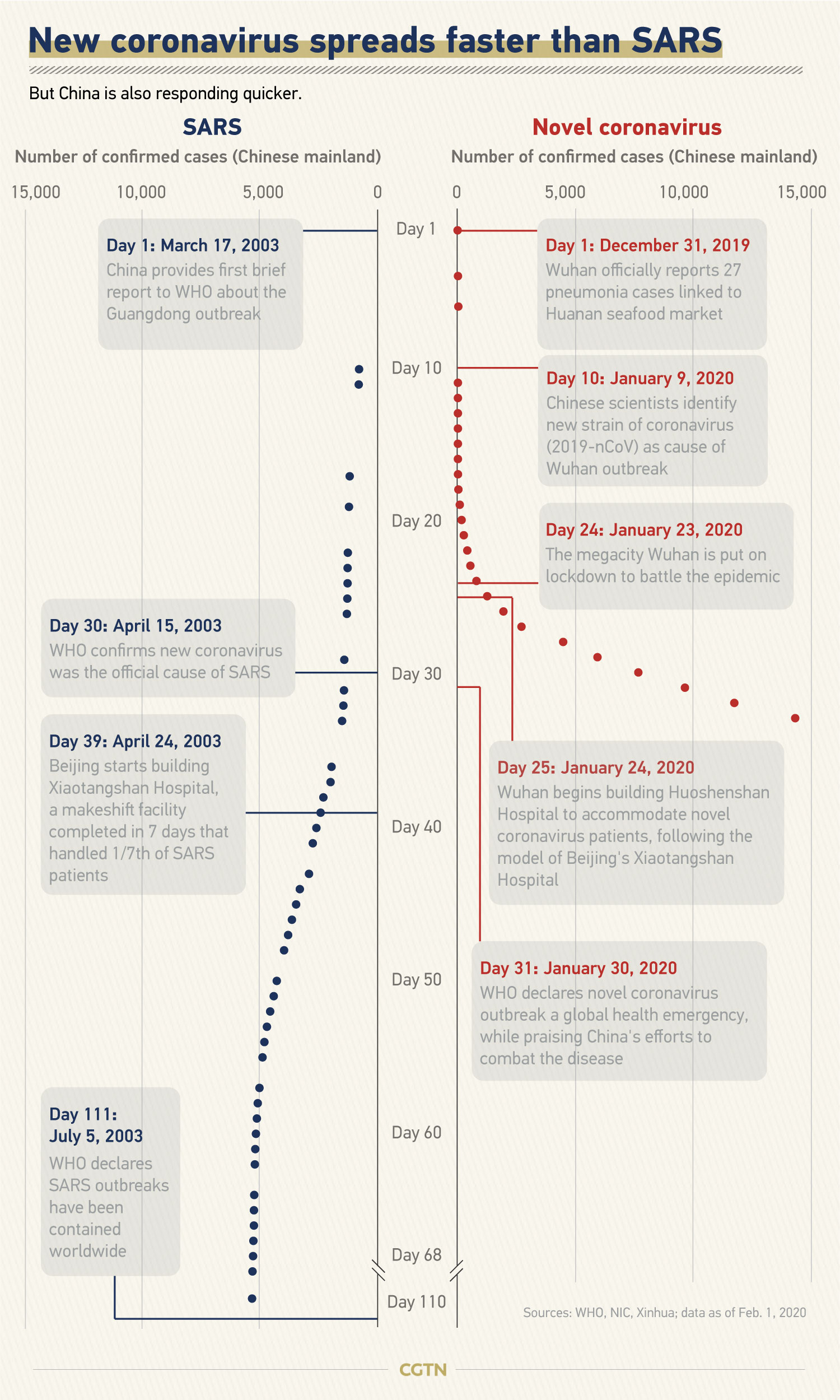 Within days of the first cases being reported, Chinese scientists identified the genome sequence of the new coronavirus and shared it with the world.

In an unprecedented move, the epicenter of the outbreak Wuhan was locked down to curb the spread of the virus. Doctors, nurses, funds and medical materials poured into the city for help.

China has also vowed to build new hospitals in days to treat patients infected with the novel coronavirus. The first such hospital, Huoshenshan Hospital in Wuhan, was formally delivered to military medics on Sunday – less than 10 days after the construction began.

China has insisted timely and regular release of epidemic information.

In other moves, the country extended the Spring Festival holiday and the closure of businesses, and postponed the opening of the new school semesters. The 31 provincial-level regions all activated top-level emergency responses to the coronavirus.

China is confident in and capable of effectively containing the novel coronavirus epidemic, and eventually defeating it, the country's National Health Commission said in a statement Friday.

The WHO chief echoed the view, saying he believes that China will effectively contain and eventually defeat the epidemic.