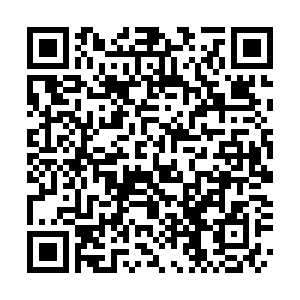 China's Spring Festival travel rush, the world's largest annual human migration, kicked off on January 10 this year, and 1 billion trips were made as of Sunday, much less than the same period last year.

"Four days before Spring Festival, I canceled my trip back home although I didn't celebrate last Spring Festival in Wuhan," Xiaojie, a 28-year-old "Beijing drifter" who came from Wuhan City, the epicenter of the novel coronavirus outbreak, told CGTN.

"It's not just for me; it's also for people around me," Xiaojie said.

It appears that many Chinese have made a similar choice in recent weeks. What happened in this year's Spring Festival travel rush amid the epidemic and what did Wuhan's people, its government and China do to control the outbreak?

Wuhan, where the virus was first reported

With a population of over 11 million, Wuhan has been battling against the virus for weeks.

As the capital of central China's Hubei Province, the city is also known for its important role as a transportation hub. In 2018 alone, the city's railway saw over 182 million passenger trips. 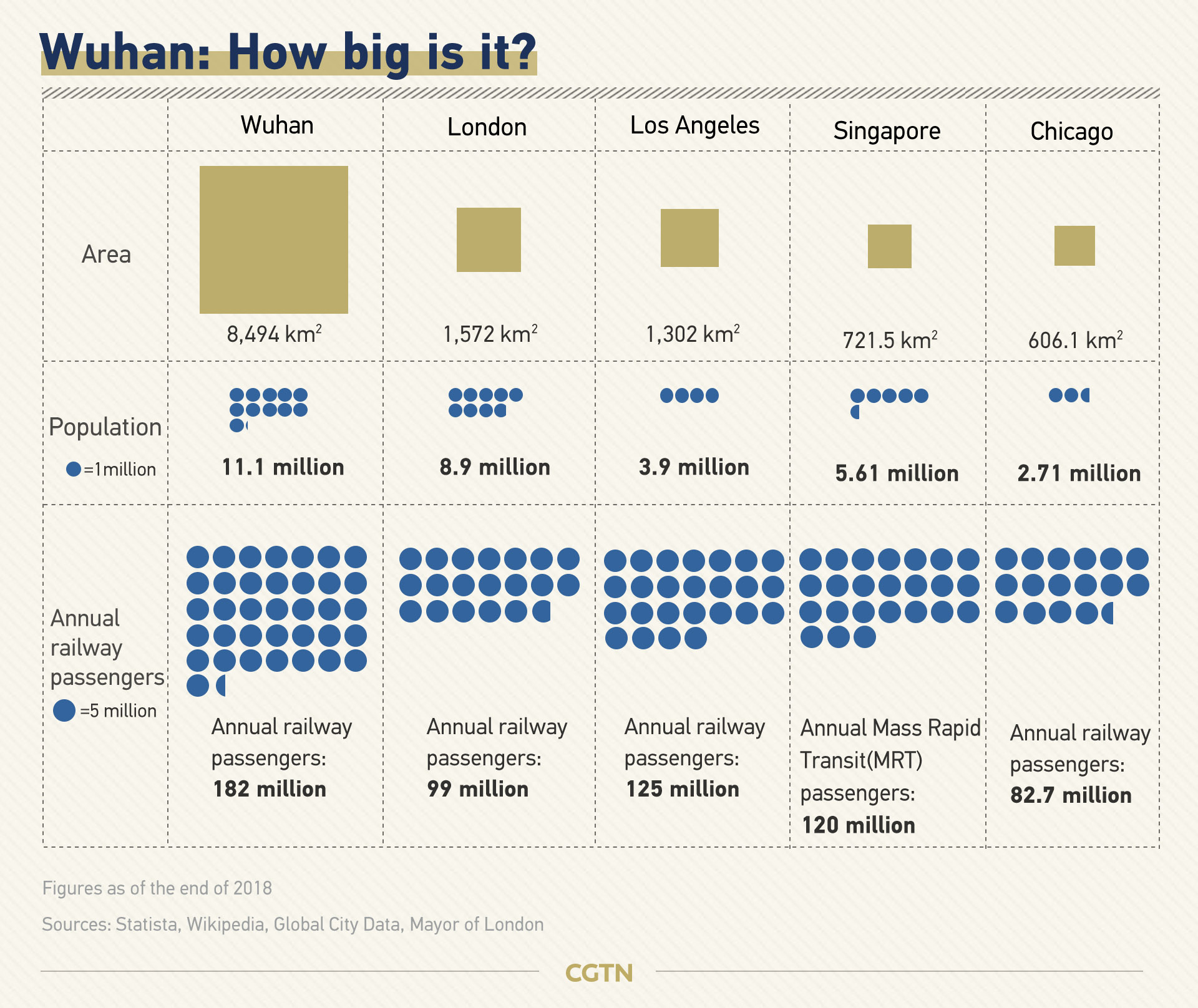 Human-to-human transmission of the virus occurs mainly via respiratory droplets produced when an infected person coughs or sneezes, according to experts.

Therefore, with transmission occurring through close human contact, passing through busy railway stations or airports during the travel rush would increase the possibility of contracting the virus.

Recent studies have also found the viral nucleic acids in feces and rectal swabs collected from several hospitals in Wuhan and Shenzhen, indicating that the new coronavirus might also have certain fecal-oral transmission.

Read more: What's the difference between SARS, MERS and the novel coronavirus?

When the travel rush and coronavirus meet

Compared with last year, China has seen a drop in the number of passengers returning home during the Spring Festival holiday amid the ongoing novel coronavirus epidemic.

On January 23, Wuhan announced the suspension of public transportation and closure of the airport and railway stations to outgoing passengers and asked citizens not to leave the city without special reasons to curb the outbreak and guarantee the public's health and safety. 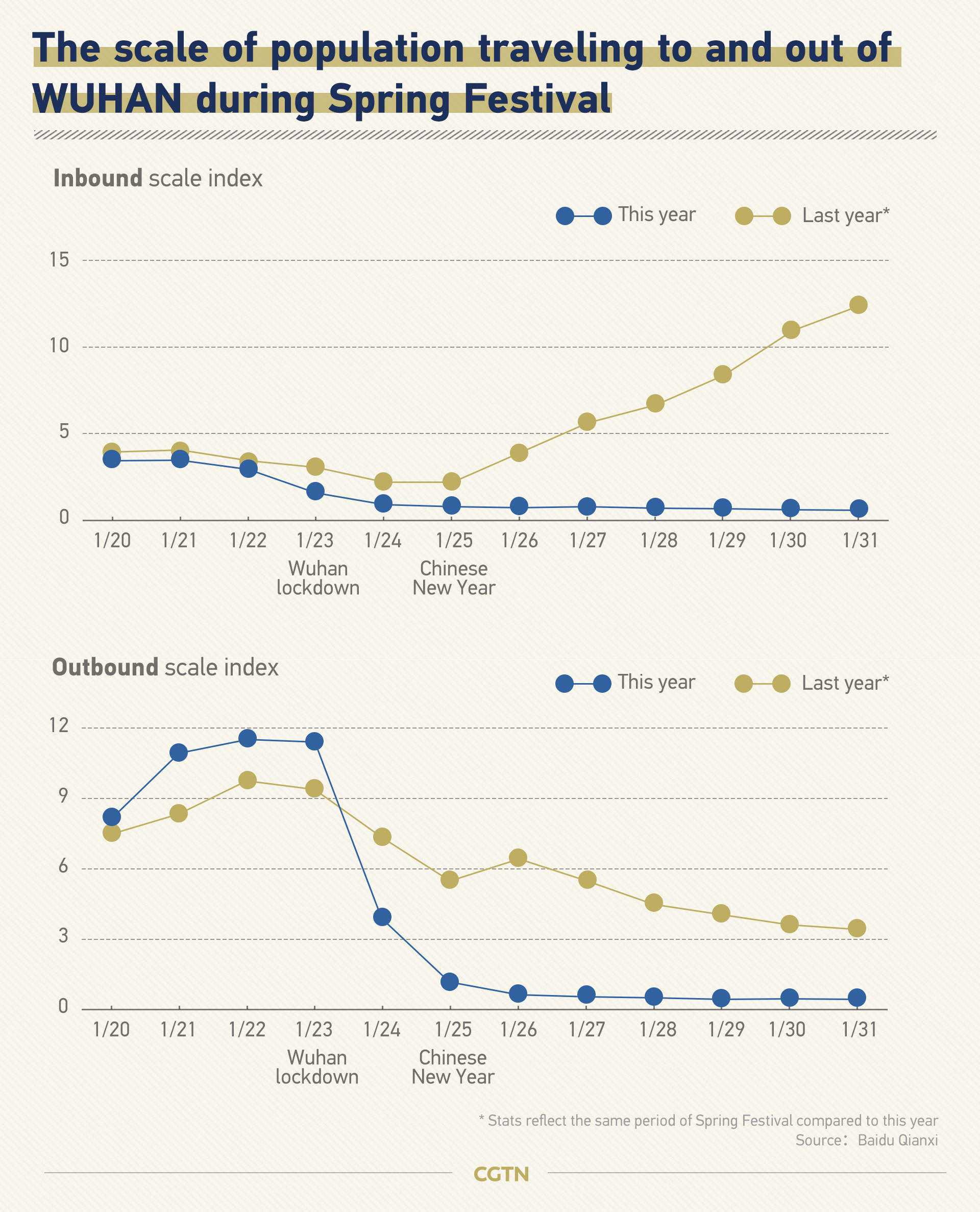 Apart from those in Wuhan, millions of Chinese in other regions also kept indoor and canceled their trips during this year's Spring Festival holiday. For some, it might have been the only chance they had to see their loved ones this year. 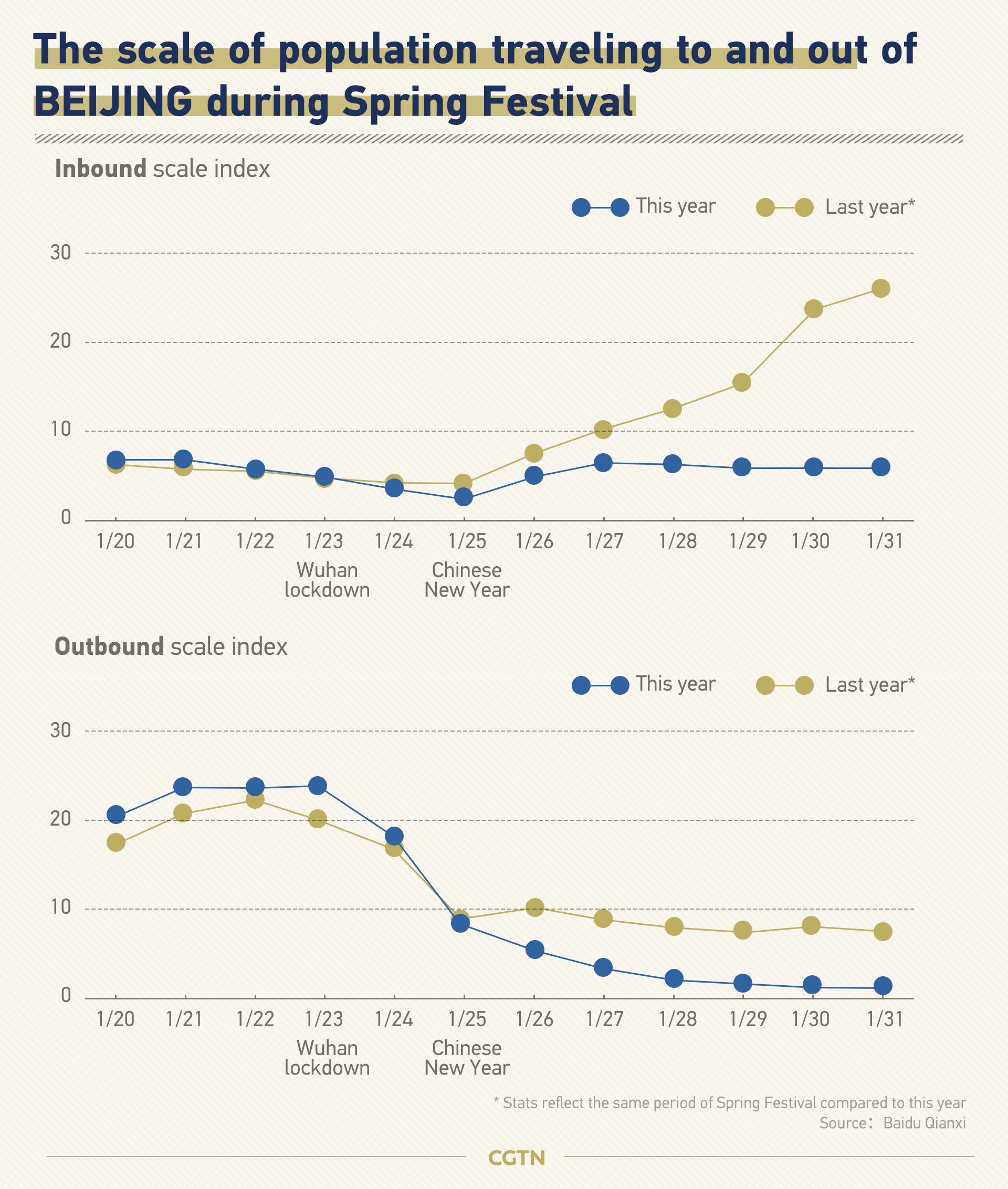 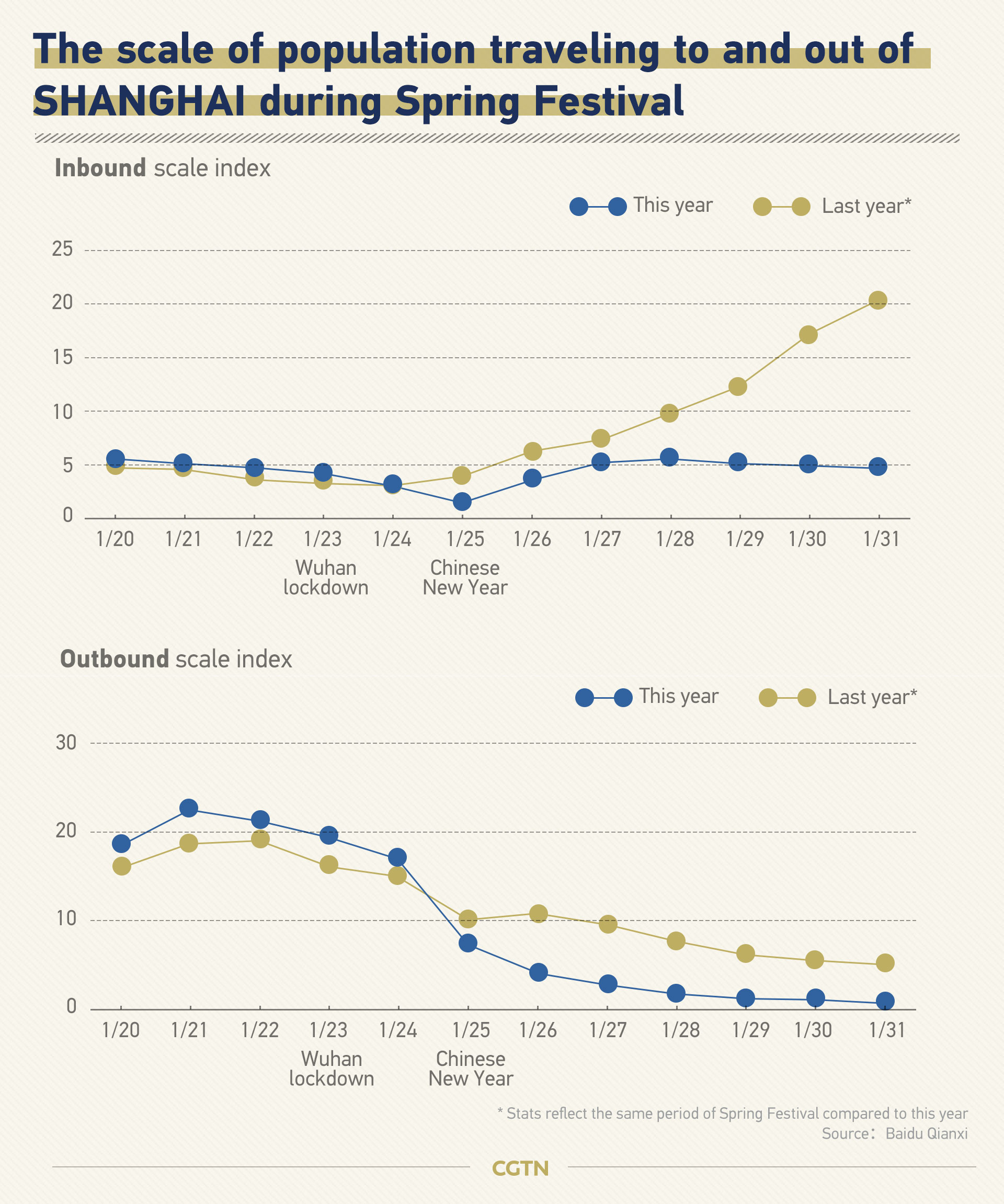 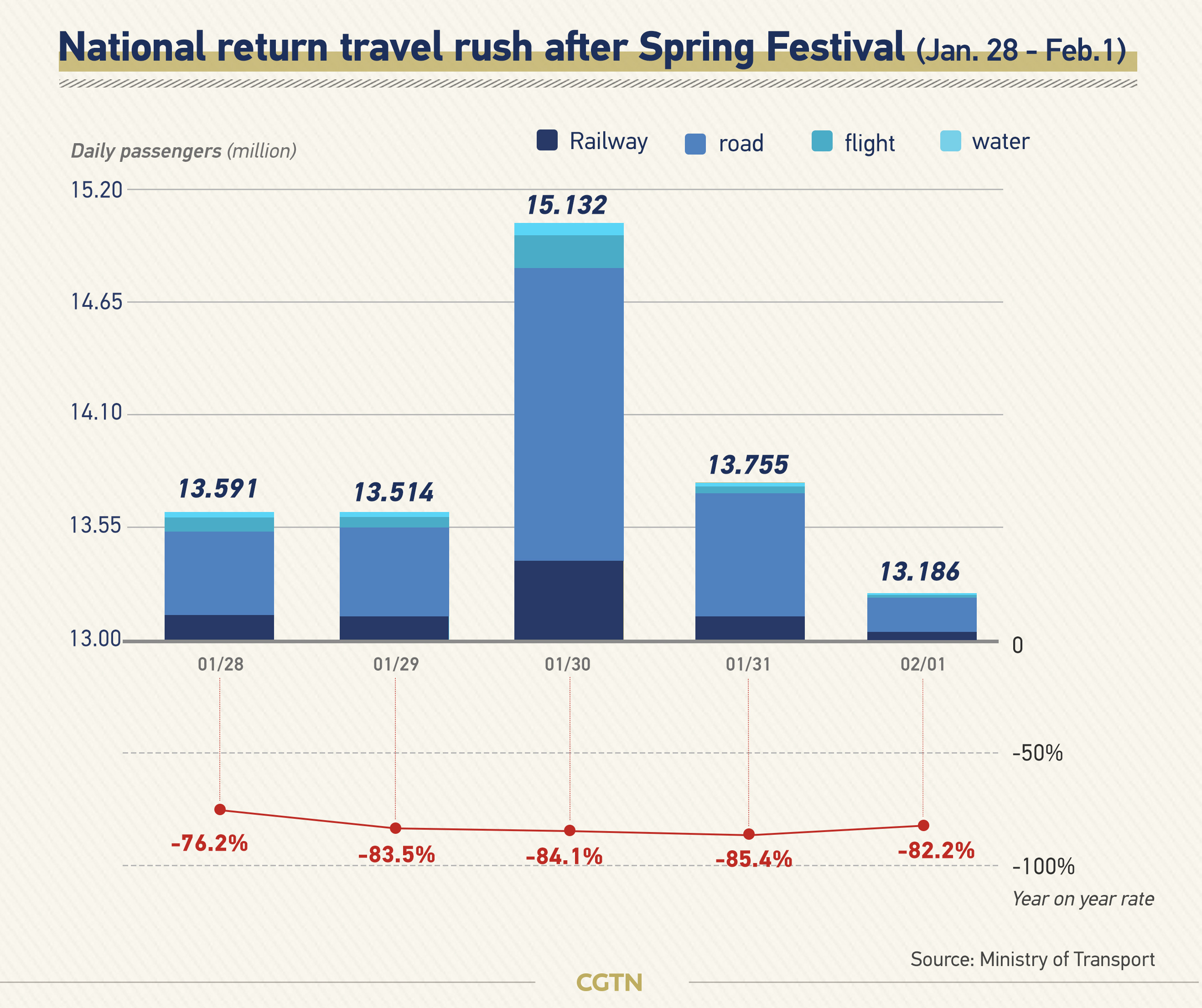 Racing against time, a national effort

As confirmed and suspected cases continue to rise, China has implemented a series of measures to limit and reduce movement.

On January 26, China announced the extension of the Spring Festival holiday to February 2. Hubei Province extended the holiday in the province to February 13.

Many other cities, like Shanghai and Beijing, informed company employees to return to work no earlier than February 10, and schools to postpone the new semester.

China's transport departments last week announced that they would allow passengers to cancel their tickets for all forms of transportation nationwide without charging fees to reduce the risk of worsening the outbreak.

Public transportation facilities across the country have started to perform routine disinfection daily and take passengers' temperature before they check in. 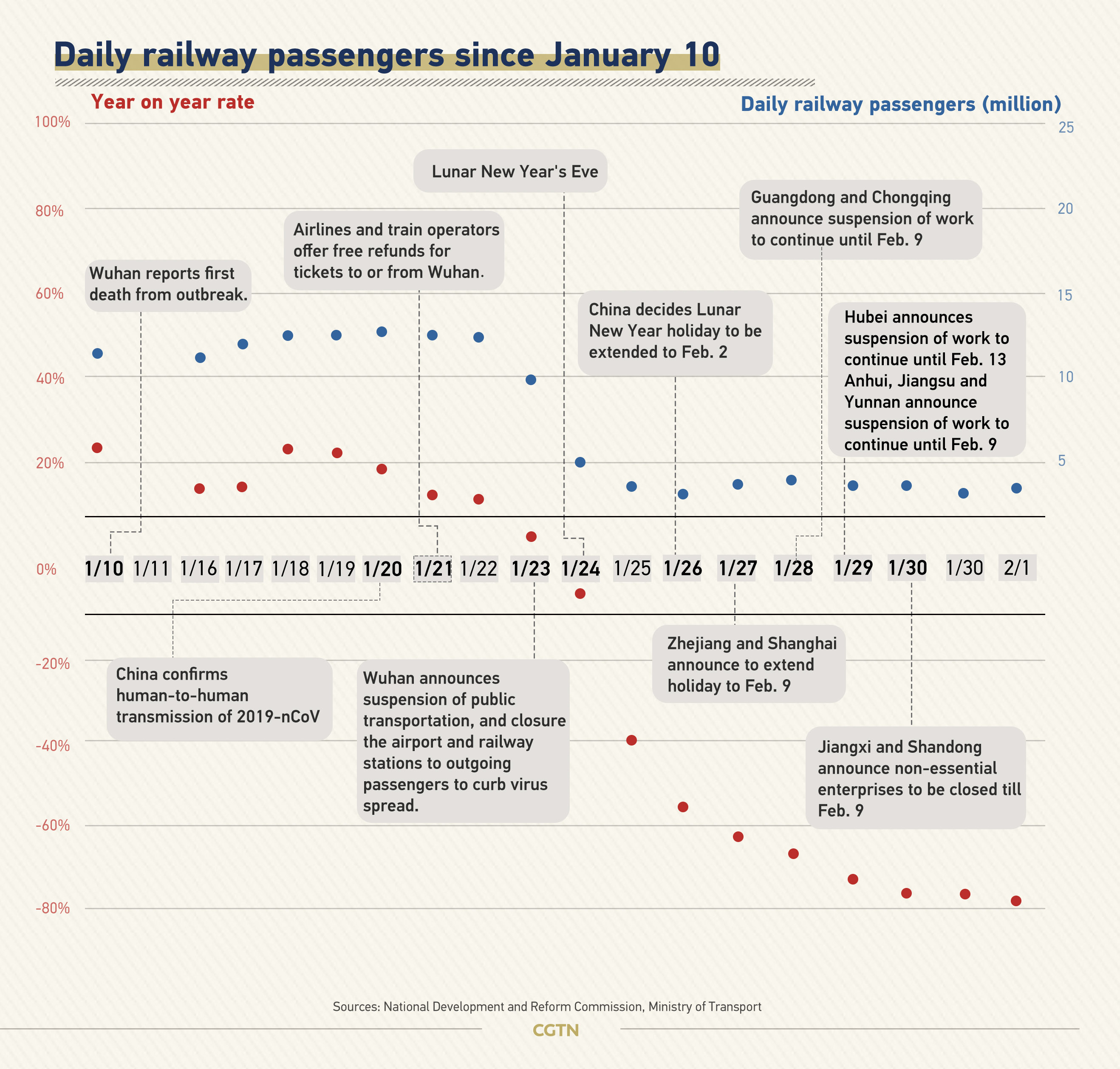 According to the data from the Ministry of Transport and Flight Master, Thailand, Singapore, Japan and South Korea were listed as the most popular destinations for Wuhan people before the Spring Festival.

To control the spread of the virus, China, on January 25, banned citizens from booking overseas tours and from purchasing overseas flights and hotel packages. The move certainly helped prevent the novel coronavirus from spreading globally.

As of Monday, over 17,400 cases have been confirmed globally, with 152 cases in countries and regions outside China.

The director-general of the World Health Organization (WHO) praised China, saying it deserves the international community's gratitude and respect for having taken very serious measures to contain the novel coronavirus outbreak and prevent exporting cases overseas.

With the efforts of the Chinese authorities, the public has also become more composed and sober in facing the epidemic. The city and its people are never alone in this tough fight against the virus. As of Monday, more than 15.38 million Weibo users have posted comments under the popular hashtag, "Cheer up Wuhan."

This year's long Spring Festival holiday will soon end, and the nation is still fighting to curb the further spread of the virus, with multiple measures having been taken. But the epidemic will end, just as spring will come.

"When the virus ends, the first thing I will do is to go back to Wuhan for a delayed family reunion,”Xiaojie said.