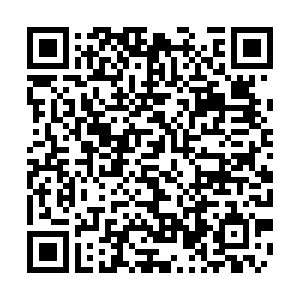 Chinese ambassador Cui Tiankai told U.S. media that China is mobilizing the whole nation to fight the novel coronavirus outbreak that has killed 636 and infected 28,985 people in China and spread to 24 other countries.

Cui said the whole nation is fighting this tough battle and China is working closely with international organizations including the World Health Organization over the epidemic.

He said Chinese people have mobilized and determined to eventually win the fight, and now there are "hundreds of thousands of doctors, medical workers, men and women in uniform, and others fighting at the very front with such dedication."

"We have the confidence that we will eventually control the outbreak and win the battle, because we have very strong leadership under President Xi Jinping."

When asked whether the 2019-nCov has moved faster than the government expected, Cui said the novel virus is an "entirely new type of challenge" and given the vast population of 60 million people, it is difficult to identify the virus in Hubei Province at the center of the epidemic.

But he said governments at all levels are doing everything possible to contain it.

Local governments are trying to reach out to individuals and every single household to check people's temperature and to cut off all possible infections, he noted.

As everyone tries to go to hospital to check for possible infection, Cui said such a measure will help to relieve hospital's pressure and will also better serve people's needs.

Cui also stressed that the government is ensuring transparency by publishing the epidemic information and updating numbers on a daily basis. Both the central and local governments are publishing numbers every day, and these numbers are the outcome of very careful screening throughout the area, he added.

"We're doing our best to have the numbers as accurate as possible," Cui said.

When was asked about the death of a doctor in Wuhan who warned about a possible "SARS-like" epidemic, Cui said he was "saddened" by the news.

The ophthalmologist Li Wenliang died of coronavirus in the early hours of Friday, Wuhan Central Hospital, where he had worked, announced.

Cui said: "I'm really saddened by the news of his death. I think he is such a devoted doctor. We are so grateful to him to whatever he has done in our joint efforts."