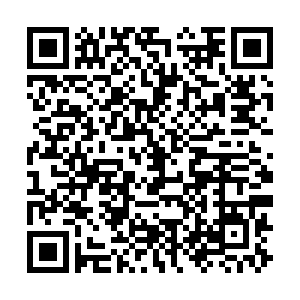 The number of recovered patients who had been infected with the novel coronavirus has been growing faster since January 30, said Guo Yanhong, an official of the National Health Commission (NHC) at a press briefing on Thursday.

As of Thursday (February 6), a total of 1540 patients have been cured and discharged from the hospital in China, according to the NHC.

An expert group of the NHC has conducted an analysis of over 500 recovered patients, which showed that the average hospital stay for them was ten days, Guo said.

And some who were severely ill were also cured, she added.

The sample analysis shows six percent of the recovered were severely sick, which is very encouraging, suggesting even those in critical condition can recover after proper treatment, said Wang Guiqiang, director of Infectious Diseases Department at Peking University First Hospital.

Such experience will be summarized and included in the NHC's diagnosis and treatment program to guide clinical work, which will greatly improve the curing rate, she added.

The number of newly confirmed cases across China has decreased for two consecutive days, suggesting that previous epidemic prevention and control measures have taken good effects, said Song Shuli, a spokesman of the NHC.

One-on-one aid to cities in Hubei

So far, over 11000 medical staff have been sent to the battle in Wuhan against the virus. However, as the epicenter of the virus outbreak, not only Wuhan but also many other areas in Hubei are facing a severe shortage of medical resources, Guo said.

Therefore, the NHC has established a one-on-one aiding mechanism for cities in the province, asking 16 provinces to provide support and help to 16 crisis-hit cities in Hubei other than Wuhan, she added.

Wu Zunyou, chief epidemiologist at the Chinese Center for Disease Control and Prevention, also addressed several questions of the public's common concerns at the press conference.

Q: Do I have to wear gloves when going outside?

A: Wearing gloves is no substitute for washing hands. Cotton, cloth gloves can both help to reduce hand pollution. There's no need to wear medical latex gloves. But remember to wash your hands whether you wear gloves or not, to reduce the spread of hand contamination.

Q: The masks should be taken off when passing security checks at train stations and airports, will I be infected?

A: The face recognition during security checks requires the removal of a mask for a short period of time, which generally does not cause virus transmission. Keep a certain distance from others during the process and put on the mask right after the security check.

Q: There have been reports of infections in 50 or even 15 seconds without wearing a mask. What should I do?

A: The key to infection depends on how close you are to the patient and whether you take precautions. The spread of coronavirus is mainly by droplets, which can be created by breathing, talking, coughing, and sneezing. So, if you, without any protective measures, are close to the patient who is talking, coughing, or sneezing, you're prone to be infected. Do remember to wear a mask when going to places where people gather.

A: There is no need to wear a mask: 1) if we are alone at home, or if the family members have never been outside; 2) if the community does not have an epidemic.

For ordinary people, we just need ordinary masks, and it's not necessary to immediately throw them away after using them. I also wear a mask every day, and I change it once a day or two.

It's not recommended to sterilize the mask with a microwave oven.