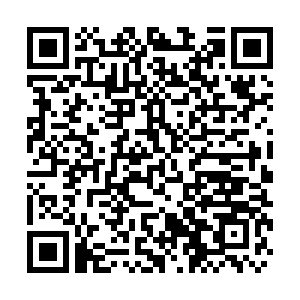 Moon Jae-in, President of the Republic of Korea (ROK), said on Friday that the ROK government is willing to continue to "actively support China" in the fight against the novel coronavirus outbreak.

Moon met with new Chinese Ambassador to the ROK Xing Haiming and received his credentials at Cheong Wa Dae, saying it is natural to help a "close neighbor" in need.

"The South Korean government will provide support for the Chinese government more actively to (help) resolve the novel coronavirus problem as early as possible," Moon said.

The ROK president expressed his sympathy for the "big trouble" the Chinese government and people are undergoing, offered condolences for those who had died due to the virus, and wished for the quick recovery of patients, Han Jung-woo, director of Cheong Wa Dae's Chunchugwan press center, said in a press release.

Moon added that he believes the Chinese people will overcome the difficulties as soon as possible and achieve greater development, stressing that ROK-China exchanges and cooperation will become more robust.

Prevention and control of the epidemic is at a critical stage, the Chinese ambassador said, expressing his appreciation of support from the ROK.

Xing told Moon that China is willing to make joint efforts with the ROK to enrich their strategic cooperative partnership. China will continue to support Seoul and Pyongyang to improve ties, he said, reaffirming Beijing's commitment to maintaining peace and stability on the Korean Peninsula. 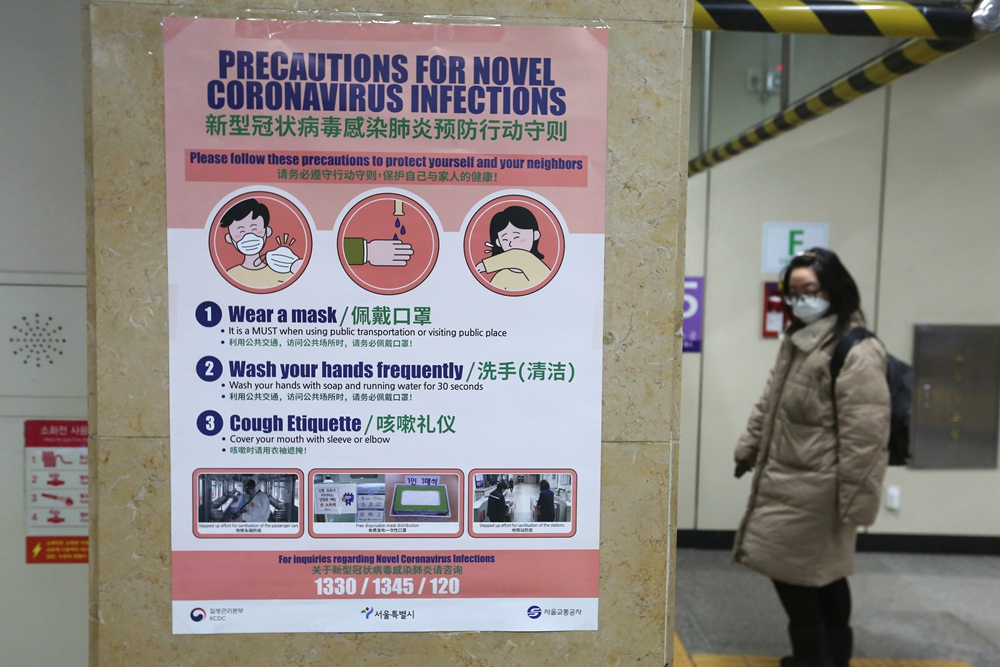 A woman passes a poster about precautions against the novel coronavirus at a subway station in Seoul, ROK, February 6, 2020. /AP Photo

A woman passes a poster about precautions against the novel coronavirus at a subway station in Seoul, ROK, February 6, 2020. /AP Photo

Meanwhile, politicians across the world recently expressed firm support in China's efforts to combat the outbreak.

Sri Lankan President Gotabaya Rajapaksa said the Chinese government had helped Sri Lankan citizens living in Wuhan – the epicenter of the outbreak – and other places return to the South Asian country, noting that the move showed China's sincere friendship toward Sri Lanka.

On behalf of the Sri Lankan people, Rajapaksa expressed the "firmest support" to the Chinese government and people.

Brazilian President Jair Bolsonaro hailed a series of "timely, effective and responsible" measures taken by the Chinese government to fight the epidemic, adding that Brazil is willing to provide what it can to help China.

Liberian President George Weah thanked China for providing selfless help during the fight against the Ebola outbreak and said Liberia was willing to maintain close communication and collaboration with China over the novel coronavirus epidemic.

Polish President Andrzej Duda said he was impressed by the efficiency of Chinese medical agencies in responding to the issue and the courage and solidarity of the people in Hubei Province, where Wuhan is located.

Leaders from Armenia, including President Armen Sarkissian and Prime Minister Nikol Pashinyan, expressed confidence in China to win the battle against the coronavirus.

Mauritian Prime Minister Pravind Jugnauth praised China's solid measures in fighting the epidemic and extended his appreciation to the virus-hit nation for protecting the safety of its citizens living in China.

China thanks international community for support in coronavirus fight

Senior officials of international organizations such as the United Nations, the UN Food and Agriculture Organization and the Association of Southeast Asian Nations also expressed their support.