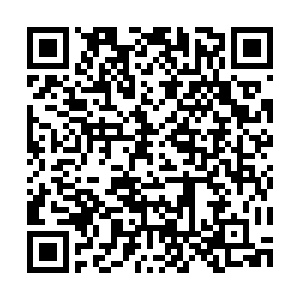 The 2019-nCoV outbreak has been plaguing China and the world for more than a month. As media coverage spreads, understandings and misunderstandings of the outbreak also emerged all over the world.

What is normal can be considered strange and out of the ordinary can also be treated as common sense, so let's analyze this specific situation.

- The accuracy of the numbers

There have been allegations and tweets saying "China lied about numbers," but these may come from people who don't know how to count patients.

It's normal to not know the exact number of patients during an outbreak.

Government statistics only show the confirmed number. Authorities need test results to make sure a patient has the 2019-nCoV and not SARS, MERS, or any other type of coronavirus since basic symptoms in these viruses are largely the same.

Check the daily statistics on the 2019-nCoV on the Chinese government website (in Chinese), which has been updated daily since January 11.

Some newspapers also say: "China has not enough test kits." This is a new type of coronavirus, so pre-made kits won't work, meaning new kits need to be designed and mass manufactured. It's normal, and no one can expect a miracle.

Now, China can test thousands of suspected cases every day: two kits for each case to reduce error.

A professor living in the UK said there are at least 100,000 patients. He is not in Wuhan. That number is based on his computer algorithm, which is very helpful but should not be treated as reality. Besides, the estimated number ranges from 30,000 to 200,000.

The government is not lying, it just can't get the real number, which is largely an impossible job.

The same thing happened during the H1N1 outbreaks back in 2009, as the World Health Organization (WHO) admitted, "deaths may have occurred without being recognized or if recognized, not tested."

The U.S., which was hit by H1N1 outbreaks twice, tried to get a global death toll in 2012 with mathematics modeling. And the estimation ranges from 151,700 to 575,400. True statistics of how many people died of H1N1 was not found during CGTN Digital's online research.

If you have a better way to find out how many 2019-nCoV patients are there in China. Please email us, because we, at CGTN Digital and a lot more people fighting the virus, would love to know the number.

- Was there a travel ban for coronavirus before?

Seems like the U.S. government is resorting more to travel bans in recent years. A ban has also been issued to stop the virus from entering the U.S. – though whether it'll work has been questioned by the Chinese government, expert and U.S. media.

This decision is not normal, especially because the WHO deliberately said travel restrictions were not recommended.

The U.S. didn't issue travel bans for other coronavirus outbreaks like SARS and MERS. There were alerts and restrictions for a limited number of people, but a general ban for all foreigners who have recently been to China – and forcing its citizens into quarantine – is in a way unprecedented.

But Alex Azar, secretary of the Department of Health and Human Services (HHS), is still calling the ban "measured and incremental."

What's so special about the 2019-nCoV, a virus that is significantly less lethal than SARS and MERS, that makes the U.S. government act so dramatically?