Graphics: How are wild animals linked to an epidemic?
By Zhao Hong 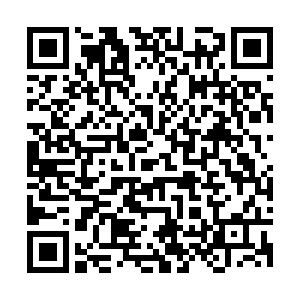 The epidemic caused by the novel coronavirus in Wuhan is confirmed by the Chinese National Health Commission to be transmitted from wildlife, recalling memories of the 2003 SARS. Why do wild animal diseases frequently appear in humans?

Bats are widely believed to be carriers of the latest strain of the disease. A genetic analysis showed that the strain of the virus currently spreading among humans was 96 percent identical to that found in bats, Rhinolophus sinicus to be more specific. 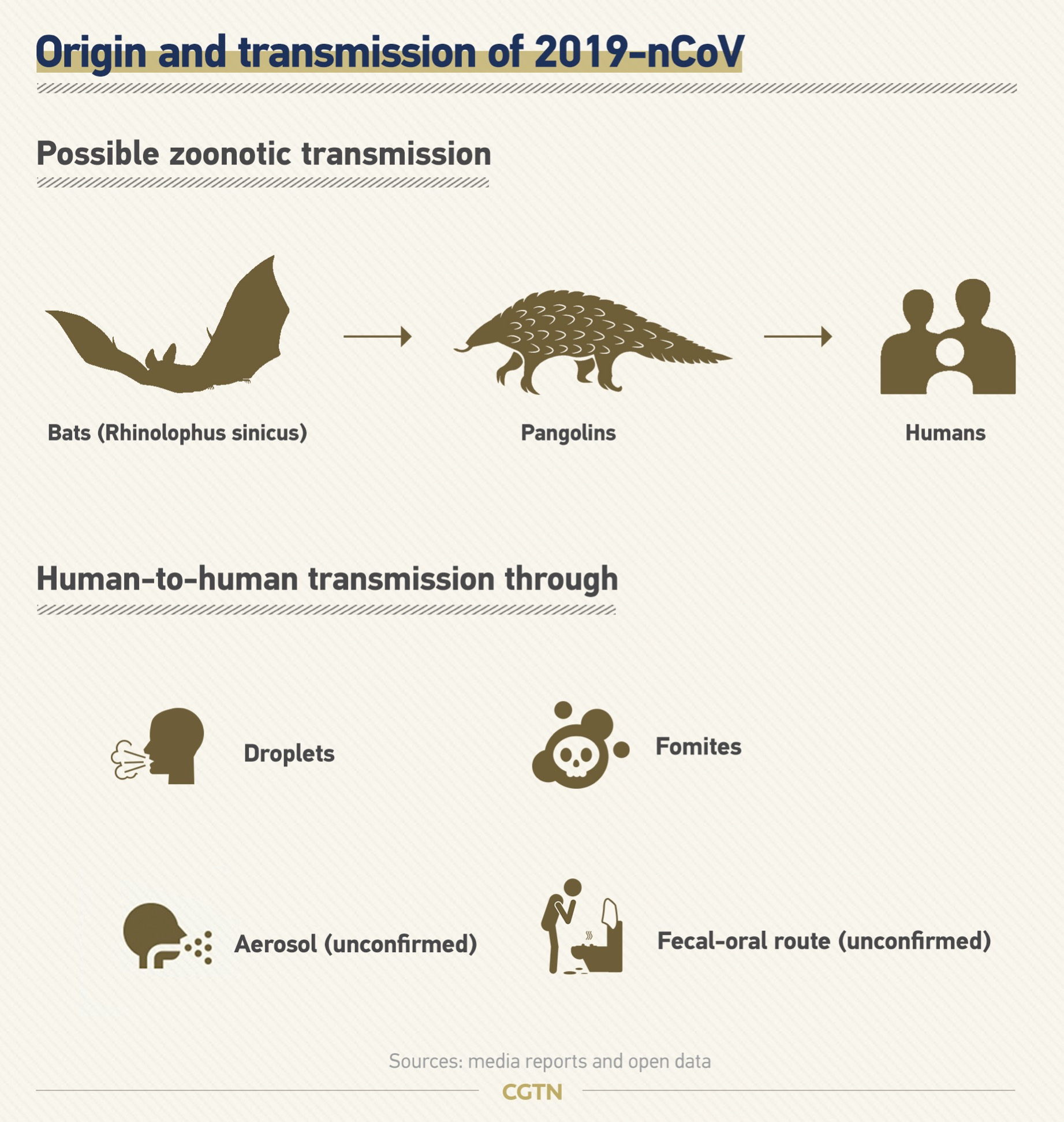 Chinese researchers disclosed on Friday that the endangered pangolin may be the intermediate host between bats and humans.

A group of researchers from South China Agricultural University and Lingnan Guangdong Laboratory of Modern Agriculture found that the genome sequences of viruses in pangolins to be 99 percent identical to those in coronavirus patients.

Pangolins may be intermediate hosts of novel coronavirus: Researchers

Where did the virus originate?

Identifying the carrier animal for the novel coronavirus pneumonia (NCP) could prove vital in prevention of future flare-ups, and identifying the epicenter of the outbreak helps to trace the origin of the virus.

Experts at the Chinese Center for Disease Control and Prevention had previously isolated the novel coronavirus in the environmental samples collected from Wuhan's Huanan Seafood Wholesale Market. Thirty-three of the 585 samples from the market were found to contain the nucleic acid of the virus. The market was then considered the source of the epidemic.

Later research showed that the market may not be the only source of the outbreak after analyzing the clinical data of the first 41 novel coronavirus cases. Data indicates that 27 of the 41 cases had exposure to the marketplace. But no clues about other sources have been discovered. 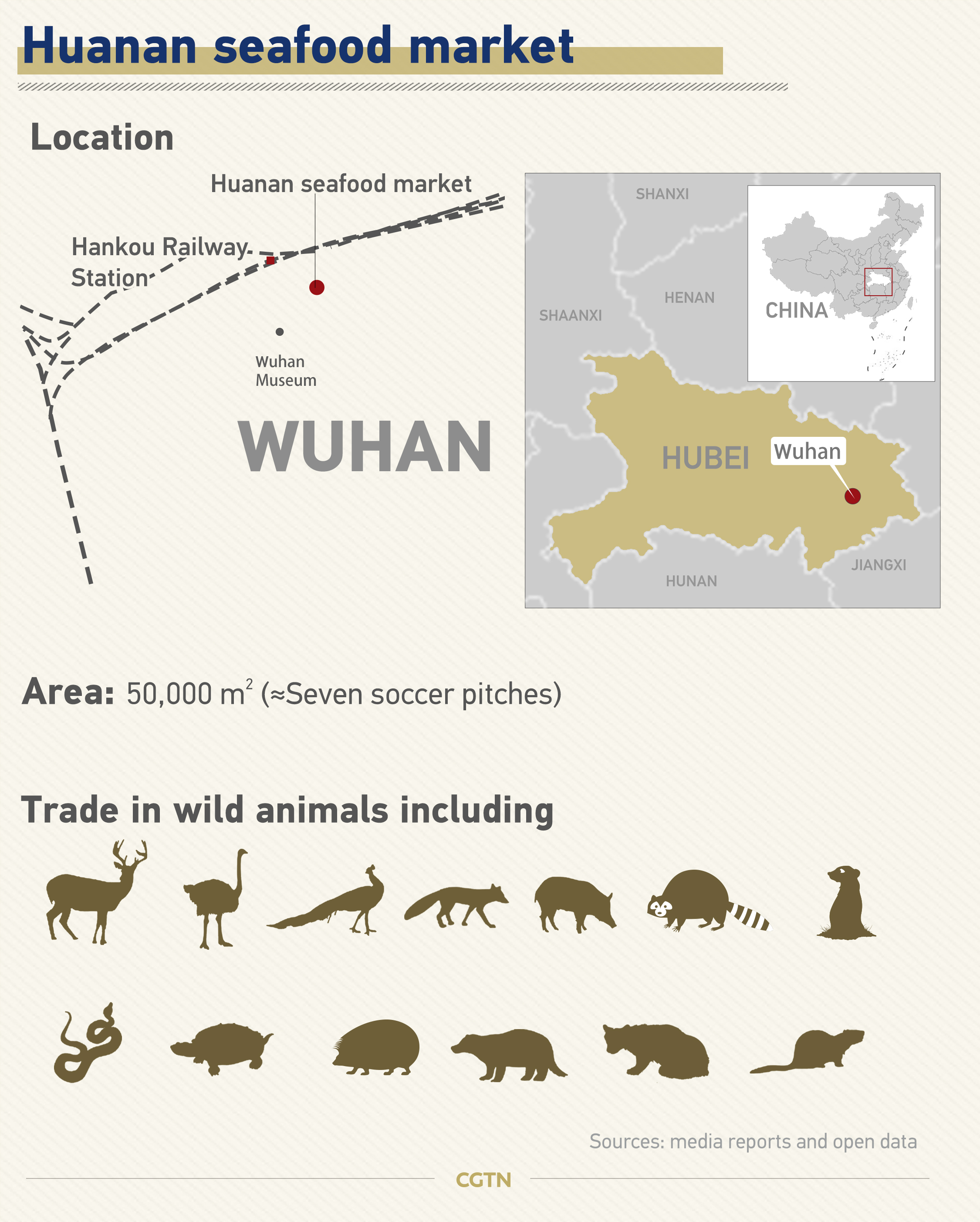 The Huanan seafood market is located in the downtown area of Wuhan City's Jianghan district, less than a 10-minute walk from the Hankou Railway Station in Hubei Province. Besides seafood, poultry and game meat were also sold in the market before it was shut down on January 1. 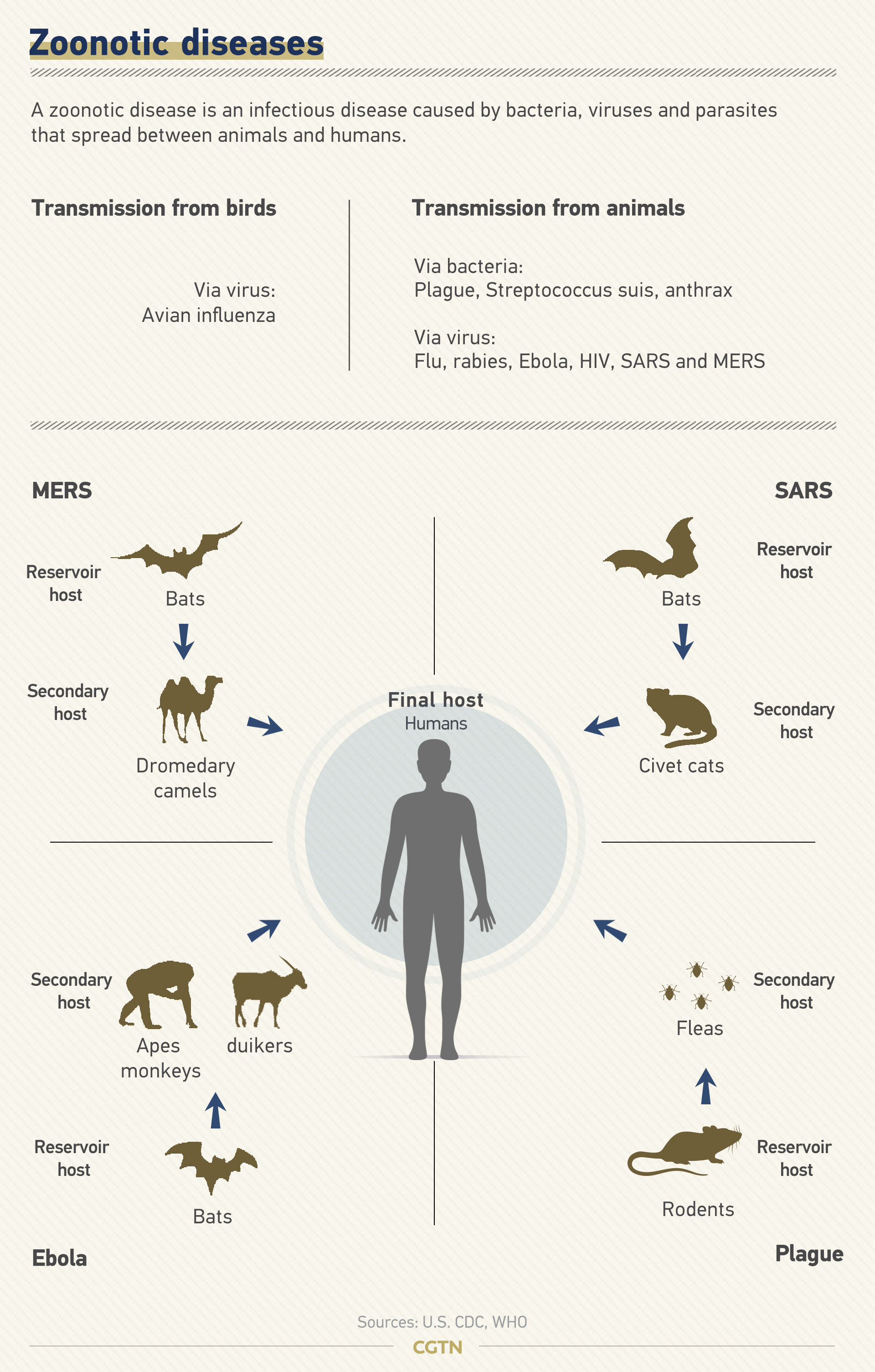 The trauma from the 2003 SARS outbreak lingers in the memory of Chinese people. After 17 years, the trace of the new epidemic still points to the trade and consumption of wild animals. It is hard not to blame the penchant for wildlife products.

A 2014 study that surveyed more than a thousand people in five Chinese cities found radically different practices in different parts of the country. In Guangzhou, 83 percent of people interviewed had eaten wildlife in the previous year. In Shanghai, 14 percent had, and in Beijing, just five percent. Nationwide, more than half the respondents said wild animals shouldn't be eaten at all.

According to trade records from the CITES Trade Database and managed by the UNEP World Conservation Monitoring Center, China's import records of endangered wild animals had been increasing before reaching a peak in 2015. The top imported species involve sturgeon, snake, and ivory, and the main exporters are Italy, France, South Africa, Indonesia, and the U.S.

Many wild animals are imported and exported illegally as food, medicine, trophies, and pets. One of the most desired and traded animal is the pangolin.

China's General Administration of Customs reported in December that customs in Wenzhou City in east China's Zhejiang Province seized more than 10,000 kg of pangolin scales, and found the same group of smugglers had managed to traffick 12,500 kg of pangolin scales in the previous year. It means that at least 50,000 pangolins were killed. 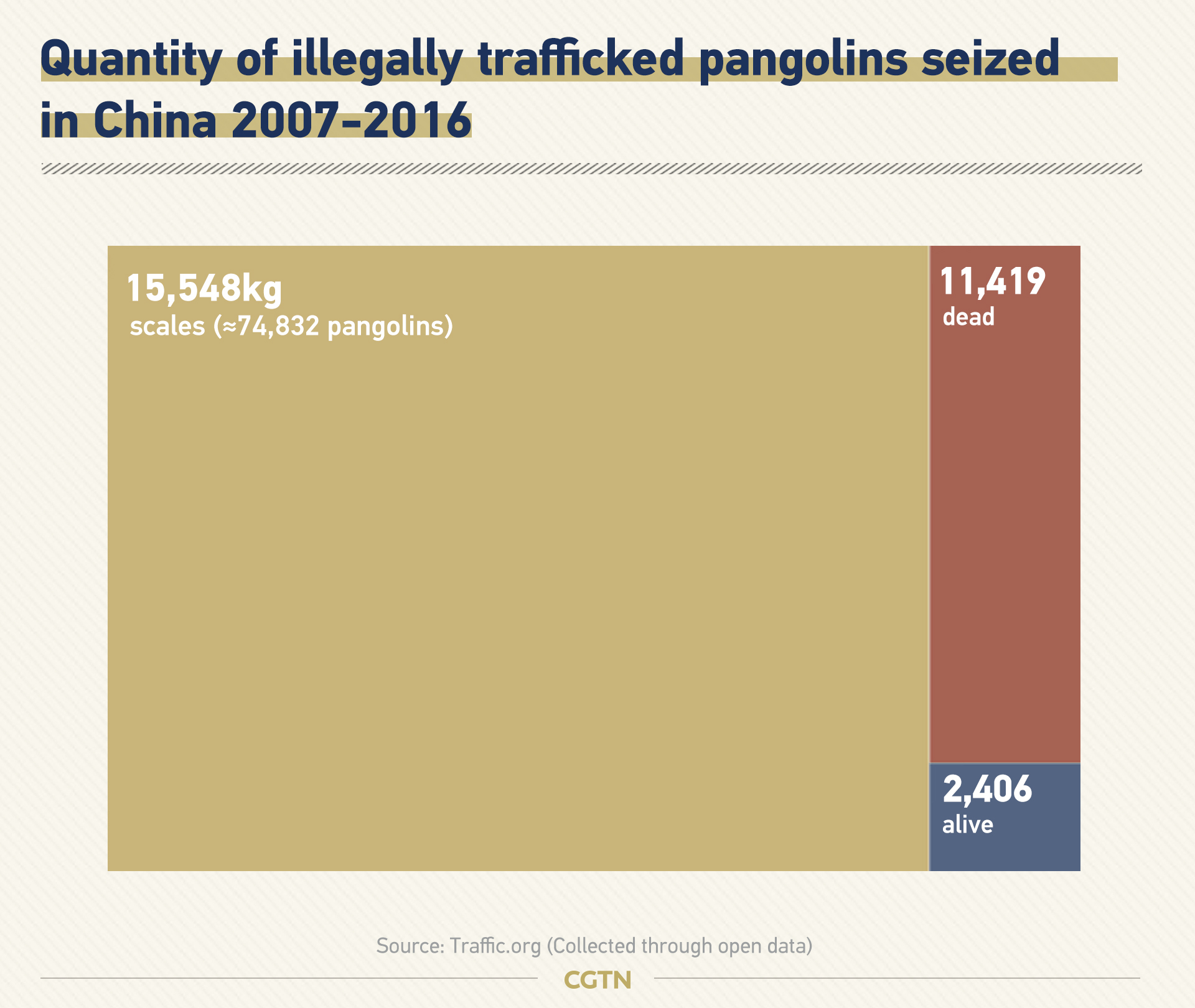 Since this outbreak, thousands of Chinese people called for a permanent wildlife trade ban on social media. The outbreak may become a key point for future wildlife management.

In order to contain the outbreak, China has suspended wildlife trade. In an advisory, the government directed people to stay away from markets selling wild and live animals.

China issued a temporary ban on all trade in wild animal products.

China announced the prohibition of transfer and trafficking of wild animals in artificial breeding places and all forms of wildlife trading, until the epidemic situation is lifted nationwide.