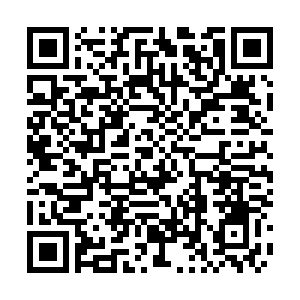 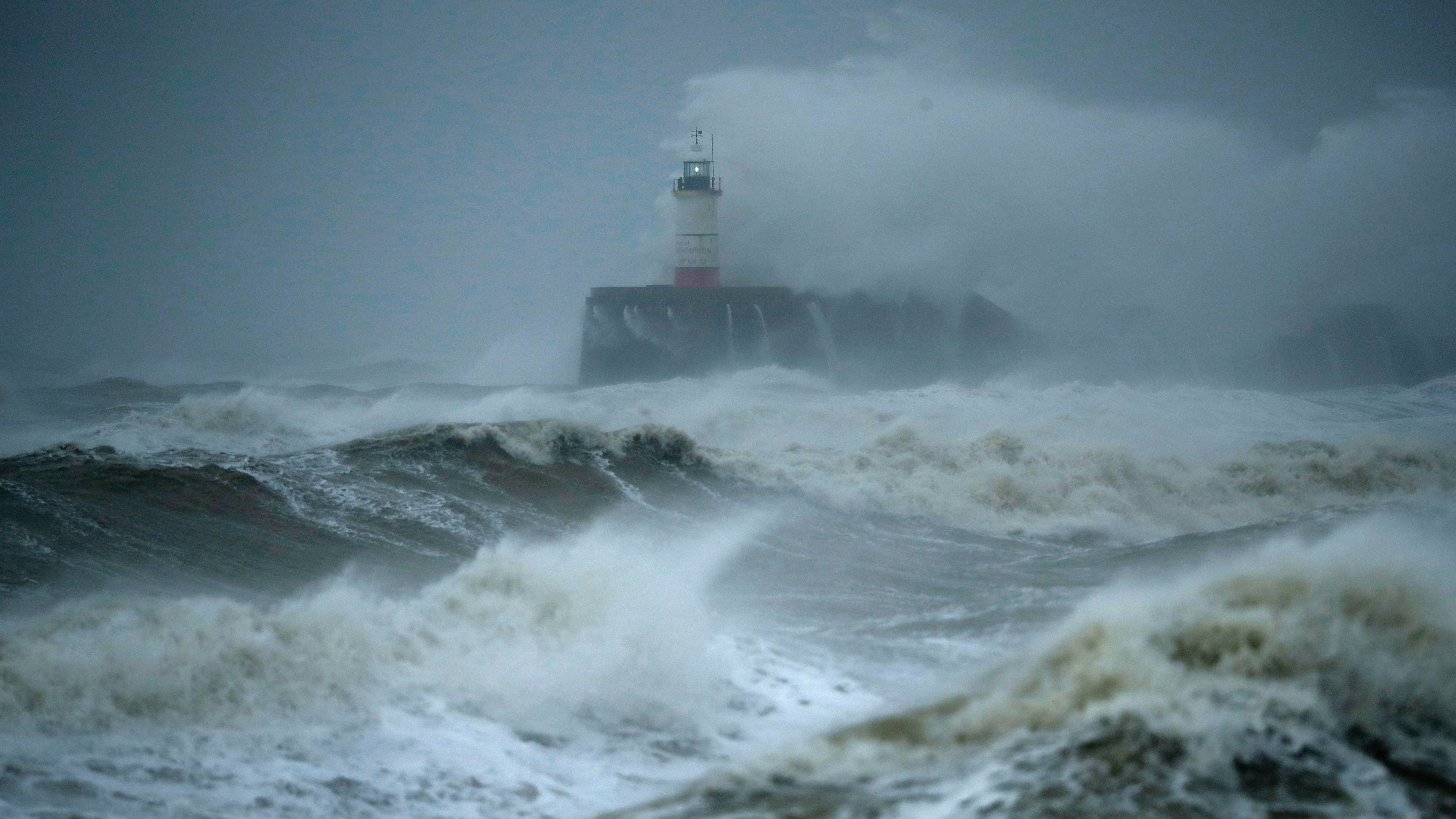 Waves crash over the harbor and a lighthouse, as Storm Ciara hits Newhaven, on the south coast of England, February 9, 2020. /AP Photo

Waves crash over the harbor and a lighthouse, as Storm Ciara hits Newhaven, on the south coast of England, February 9, 2020. /AP Photo

Manchester City's Premier League game against West Ham on Sunday was called off due to a storm battering northern Europe , as were matches in Germany, Belgium and the Netherlands.

The announcement was made five hours before the scheduled kickoff in the northern English city of Manchester, with City citing safety concerns due to "extreme and escalating weather conditions."

It was one of only four scheduled Premier League games this weekend in the competition's first split winter break. Sheffield United's home game against Bournemouth went ahead as scheduled despite high winds before kickoff. Sheffield won 2-1.

Widespread disruption is expected to train services, which could cause problems for fans making the long return journey from Bournemouth on the south coast.

The storm impacted the Women's Super League with postponements including Sunday's high-profile clash at Goodison Park for the Merseyside derby between Everton and Liverpool, and a North London derby between Arsenal and Tottenham. 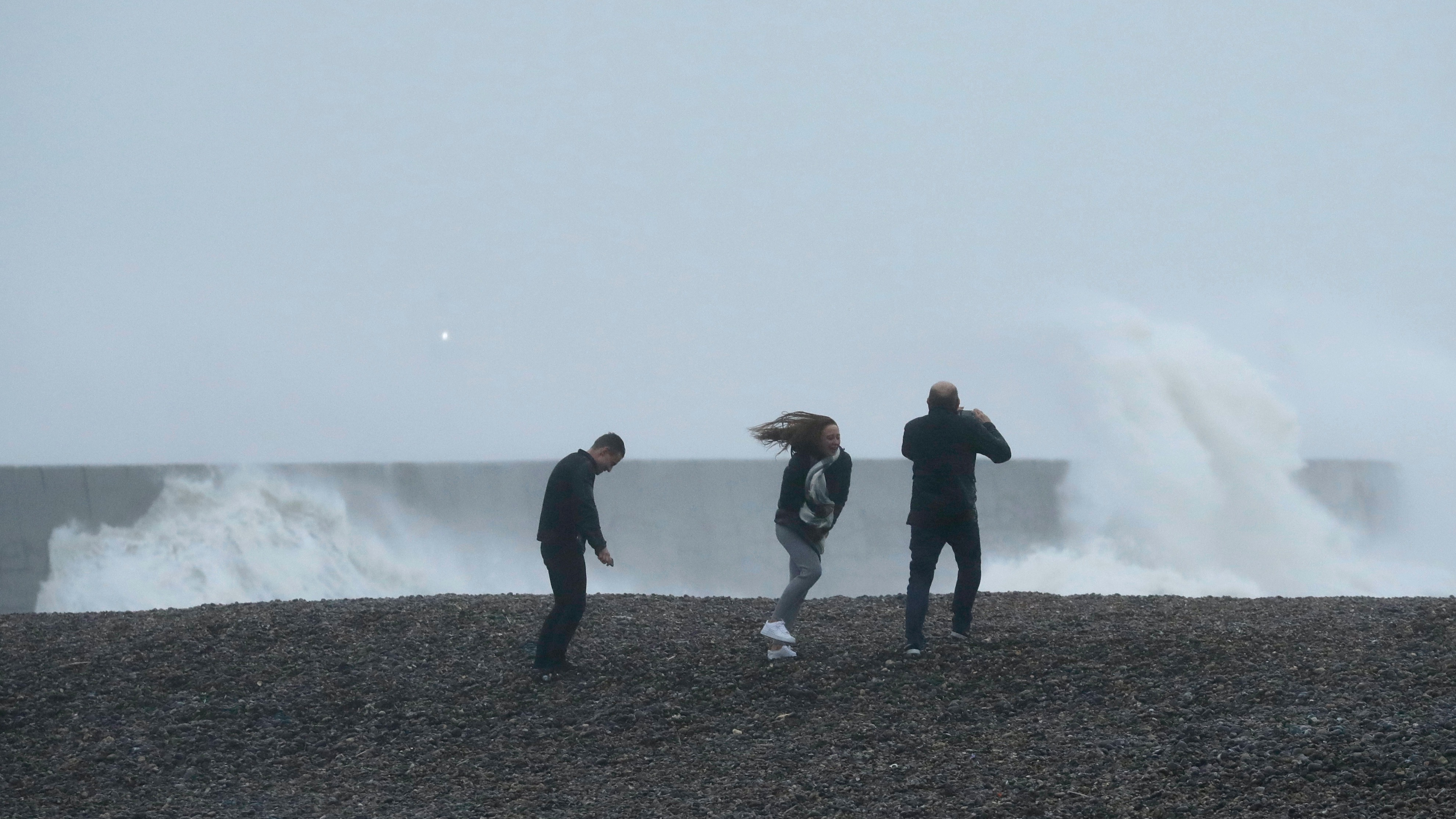 People get blown by the wind as waves crash over the harbor wall as Storm Ciara hits Newhaven, on the south coast of England, February 9, 2020. /AP Photo

People get blown by the wind as waves crash over the harbor wall as Storm Ciara hits Newhaven, on the south coast of England, February 9, 2020. /AP Photo

Non-league club Wisbech Town posted pictures on Twitter of storm damage to its stadium. A stand had collapsed and goalposts were bent backwards.

Storm Ciara, named by the Met Office national weather agency, was expected to bring winds up to 90 mph (129 kph) as well as heavy rains. The British agency has issued 22 emergency flood warnings and 149 flood watch alerts.

German title challenger Borussia Monchengladbach's game against Cologne was also called off. Gladbach said that the game itself would likely not have been affected but that fans could face a dangerous journey home.

Sunday's other Bundesliga game between league leader Bayern Munich and Leipzig went ahead. Munich's location in the south of Germany is further from the storm's expected path.

Both of Sunday's top-tier league games in the Netherlands were called off, including Ajax's visit to Utrecht, along with amateur games at all levels. The Dutch soccer federation said "the safety of supporters and players cannot be guaranteed" amid the storm.

Three games in the Belgian league and all second-tier fixtures were also postponed.

In other sports, two Super League rugby games were called off in the north of England, along with a women's Six Nations rugby union game between Scotland and England, and various horse-racing events.

A weekend of the ski jumping World Cup in Germany was cut short, with the decision taken Saturday to cancel Sunday's jumps on safety grounds.