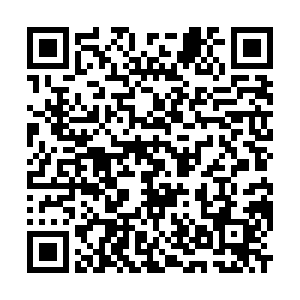 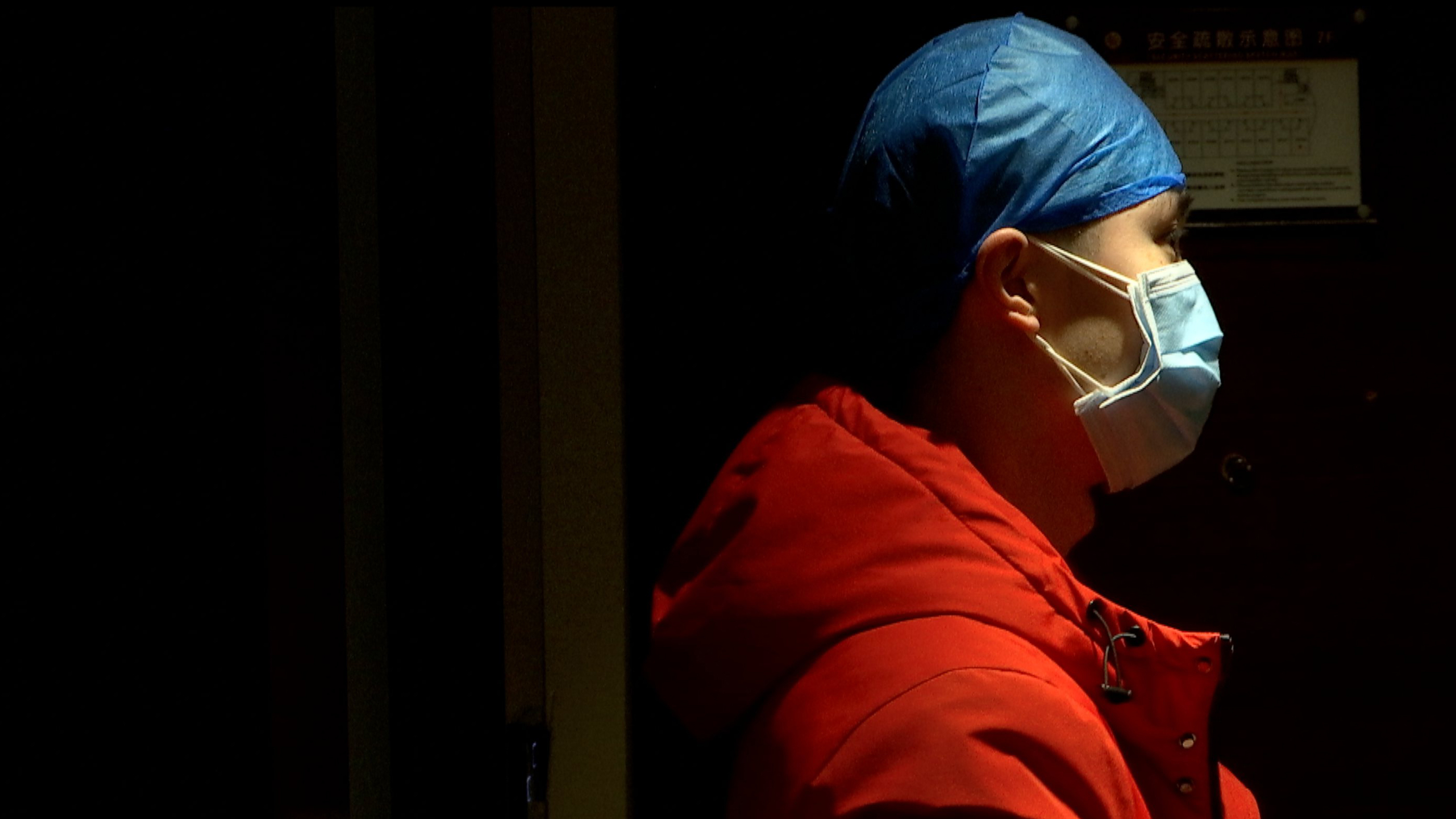 26-year-old Jiang Sida is a male nurse who has been fighting the coronavirus since the outbreak began in Wuhan. As a rare face in the female-dominating nursing world, Jiang wants to become the fittest male head nurse in China.

Jiang works at Wuhan No.4 Hospital's fever clinic. He said he could infuse 150 patients during morning shifts, but thankfully his night shifts aren't as hectic.

The night shift is mostly about giving patients infusions, changing their medicine and doing skin tests. "I needled 56 patients during my last night shift. I am expecting the same now," Jiang said calmly.

He now lives in a hotel near the hospital with fellow doctors and nurses. It's a measure to prevent the spread of the virus.

Jiang left the hotel at 3.30 am for his shift. He had to arrive at least one and a half hours before the shift starts as he needed extra time to get properly dressed and protected during the epidemic.

He worked in the operating room (OR) at the Hospital East Campus before the epidemic outbreak. He and his teammates joined the battle against coronavirus at Wuhan No. 4 Hospital after the city was locked down. 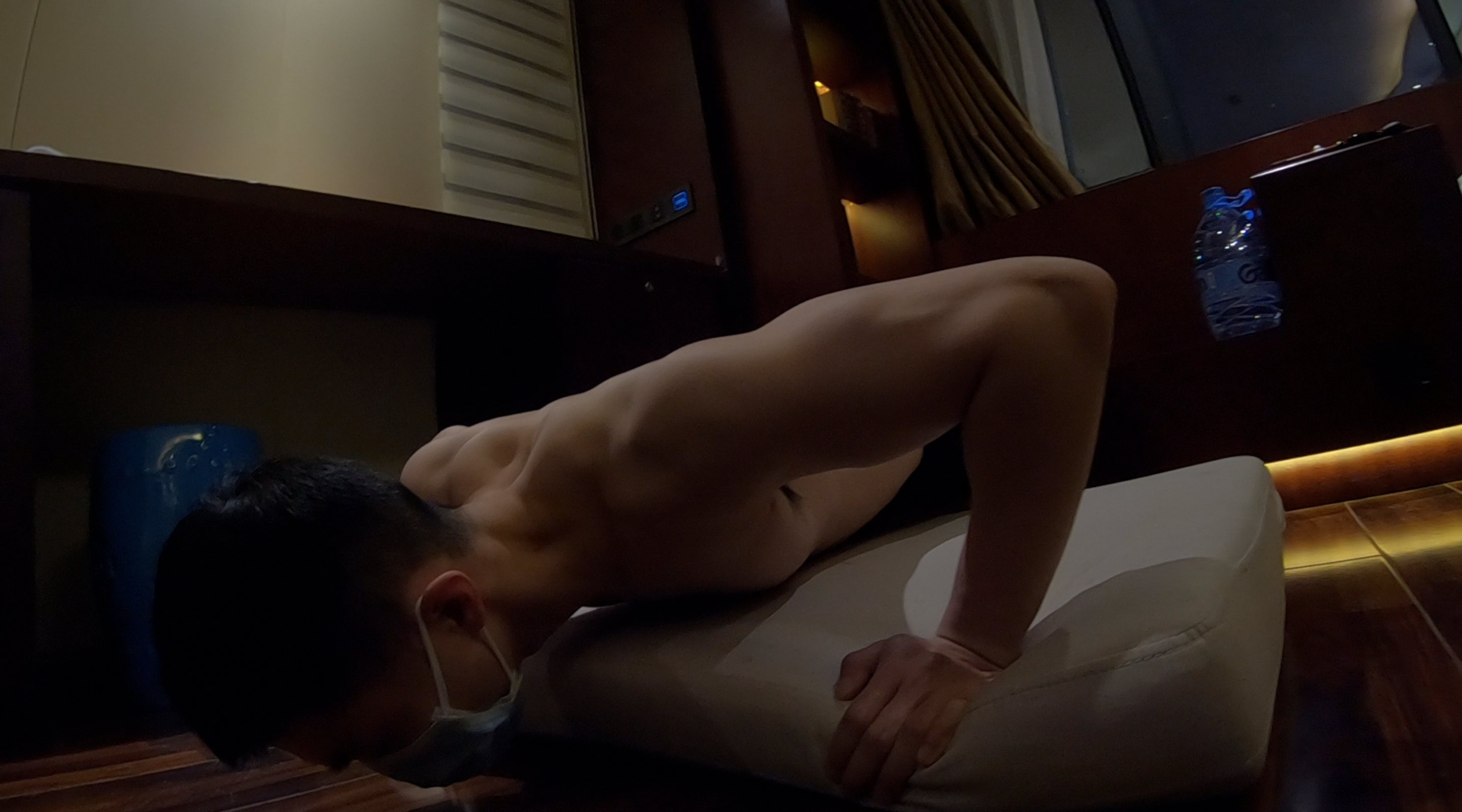 Jiang still tries to exercise as much as he can. Using water bottles as dumbbells and doing push-ups. /CGTN Photo

Jiang still tries to exercise as much as he can. Using water bottles as dumbbells and doing push-ups. /CGTN Photo

But the experience means bigger responsibilities. Along with Jiang, doctors and nurses in the hospital have been on the front lines for almost a month.

They also have to live away from home — including nurse Wang Zheng, whose husband is a doctor working in the same hospital, treating coronavirus patients. 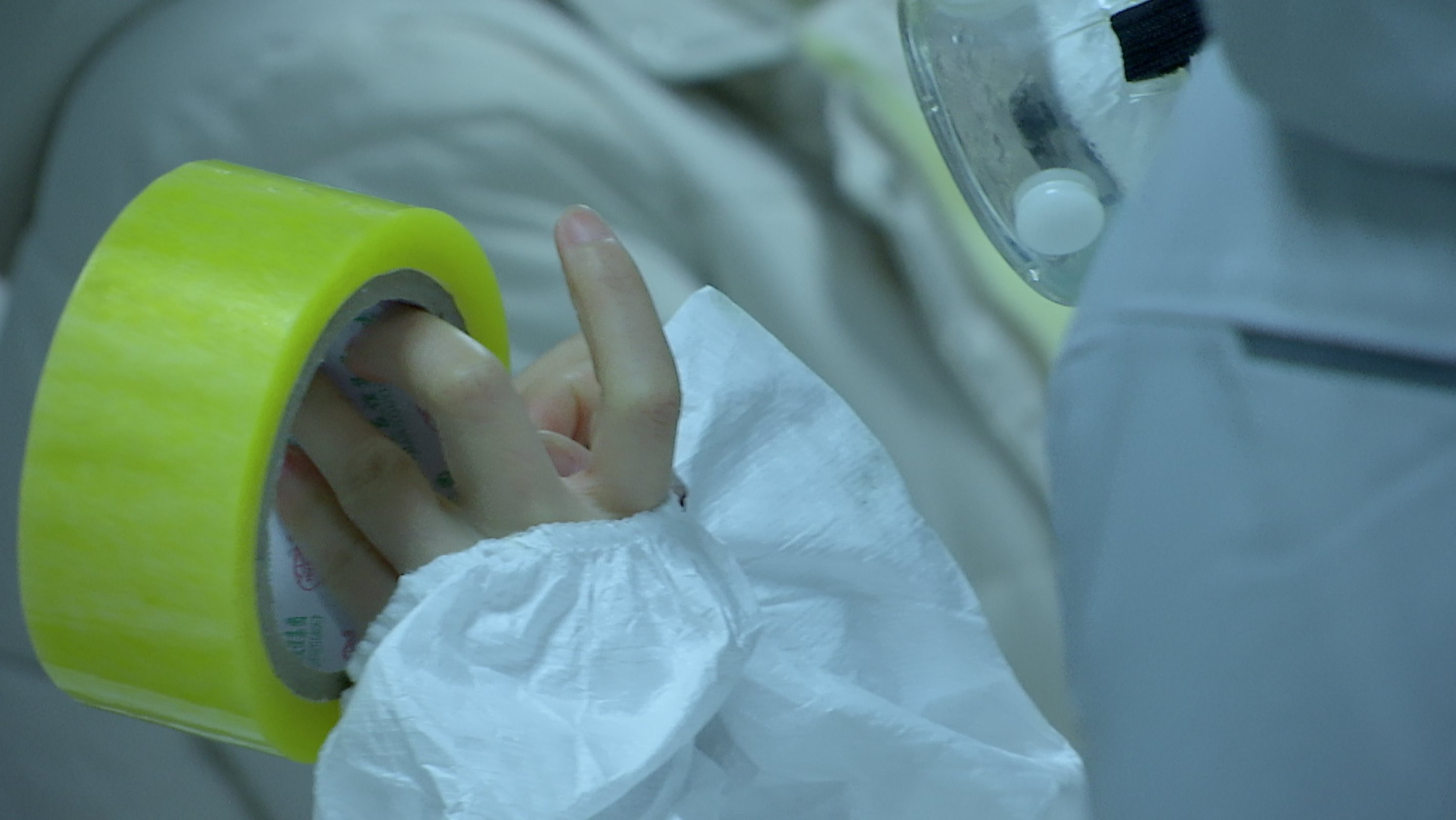 Nurses at Wuhan No. 4 Hospital use tapes to better seal their protective suits. /CGTN Photo

Nurses at Wuhan No. 4 Hospital use tapes to better seal their protective suits. /CGTN Photo

"Truthfully, I'm scared. My parents are still around and I'm the only child. And I have two sons. So, I'm scared," Wang said.

Due to a supply shortage, not all sizes of protective suits are available. Some of the petite females have to use tape to get a better seal for their suits. And wearing goggles while drawing needles can be challenging.

"It is a little inconvenient. But once you get used to it, you can do it just by feeling," said Chen Cheng, Jiang's colleague.

Jiang Sida became a nurse when he was 18. "I heard about a male head nurse from Wuhan Union Hospital who helped out a lot during the 2008 Wenchuan earthquake. I admire him a lot and think he is so great. I just want to be the same," Jiang said proudly.

Jiang has been doing physical training for years, and wishes to become the fittest male head nurse in China. Although Jiang has lost 10 kilograms in the past month, he does not regret.

"Right now, if we can do more, our colleagues can have more time to rest. The workload is pretty heavy now, but we are still trying to help each other out," said Jiang.