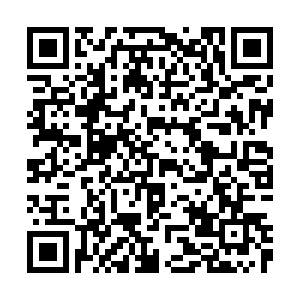 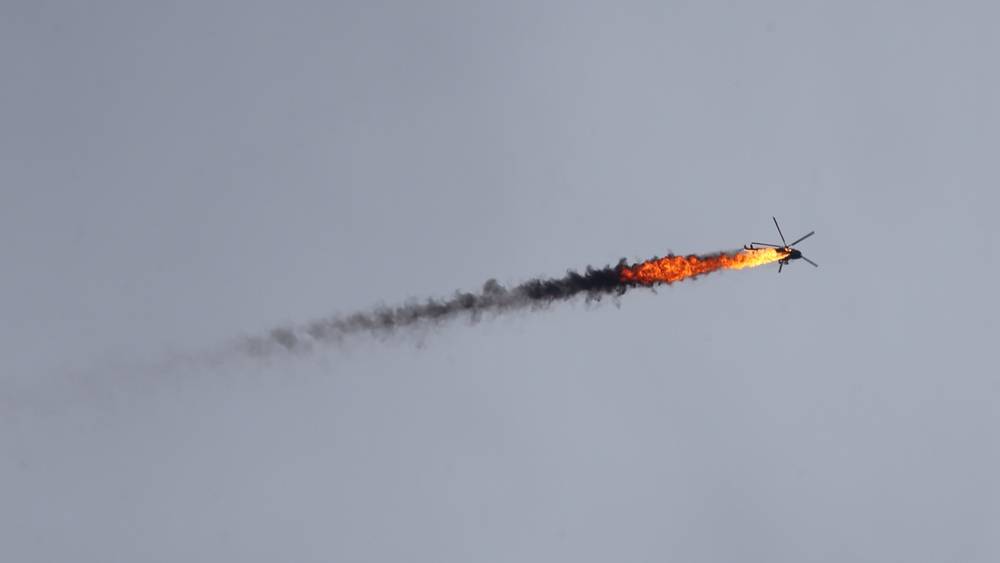 Russian President Vladimir Putin and Turkish leader Recep Tayyip Erdogan have discussed de-escalation of the Syrian crisis, the Kremlin said Wednesday, adding that Russian-Turkish agreements should be implemented in full.

"The importance was noted of the full implementation of existing Russian-Turkish agreements including the Sochi memorandum," the Kremlin said in a statement after the Putin-Erdogan phone call.

The leaders reviewed "various aspects of the settlement of the Syrian crisis, first and foremost in the context of a flare-up in the Idlib de-escalation zone," the statement said.

In 2018, Russia and Turkey agreed in Russia's Sochi to a memorandum that would enforce a demilitarized zone in Syria's Idlib region from which "radical" fighters would be required to withdraw. Russia insists, however, that groups of "terrorists" continue fighting in the region.

Idlib is the last stronghold of the rebels as Damascus vows to restore control of the whole nation. Syria's Russia-backed government forces launched an all-out assault on Idlib in December, retaking town after town.

Turkey has backed some rebel groups in the nearly nine-year conflict and set up military posts in Idlib under the 2018 deal. 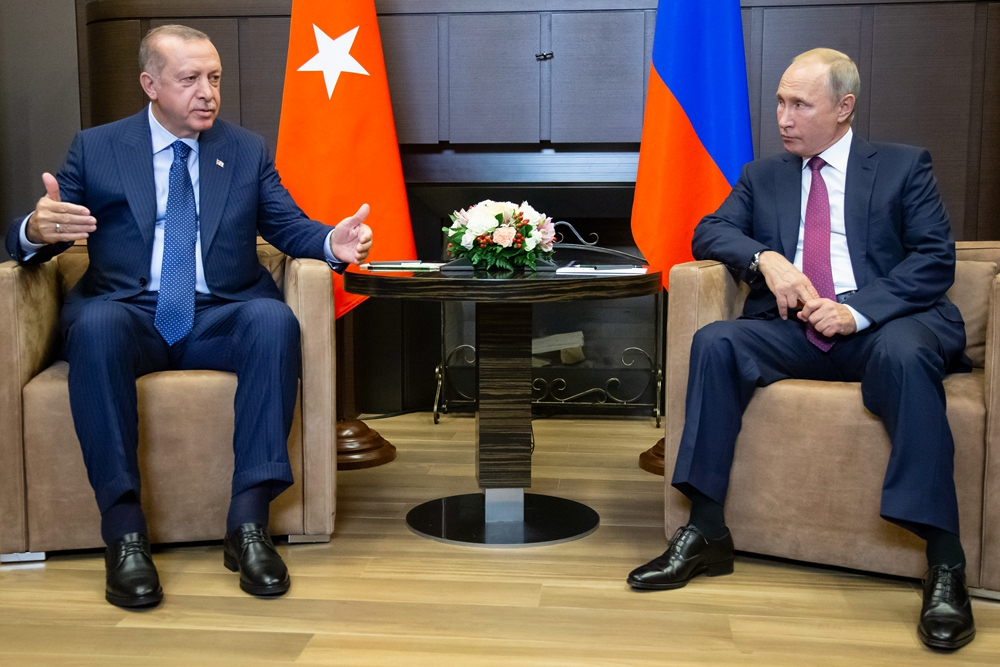 Speaking at a meeting of his ruling party in parliament, Erdogan on Wednesday threatened to strike Syrian government forces "everywhere" if his soldiers were harmed and accused Russia of committing "massacres" in Idlib.

Erdogan said Turkey is determined to push Syrian government forces beyond Turkish observation posts in Idlib by the end of February, and he warned allied Syrian rebels not to give government forces an excuse to attack.

Turkey mounted a counter attack on Tuesday after 13 Turkish military personnel were killed by Syrian government forces' shelling in Idlib in the last 10 days.

"If there is the smallest injury to our soldiers on the observation posts or other places, I am declaring from here that we will hit the regime forces everywhere from today, regardless of Idlib's borders or the lines of the Sochi agreement," Erdogan said.

"We will do this by any means necessary, by air or ground, without hesitating, without allowing for any stalling," he told members of his AK Party in Ankara. 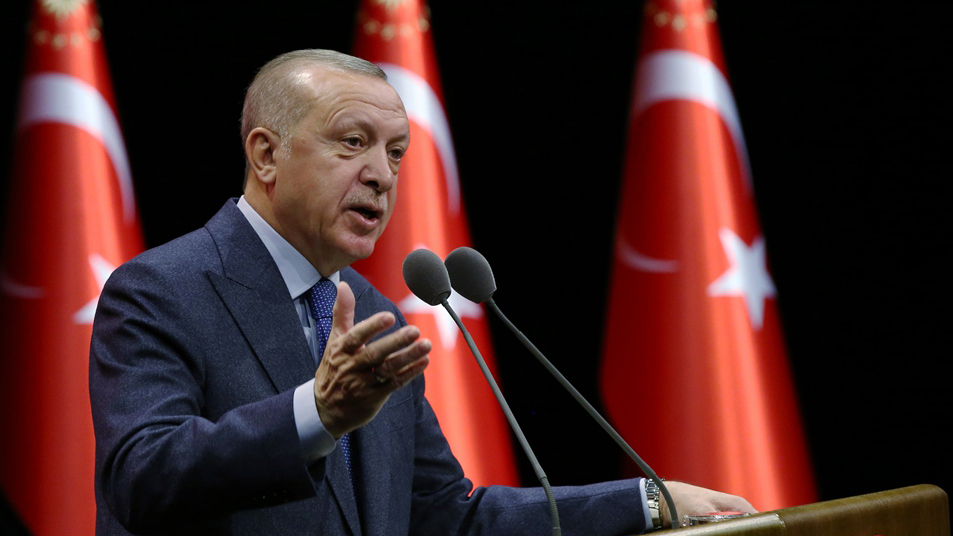 Russia, with an air base in Syria, has controlled Idlib's air space for several years. The Turkish military casualties have strained ties between Ankara and Moscow, which on Wednesday accused Turkey of failing to "neutralize terrorists" in Idlib.

Kremlin spokesman Dmitry Peskov said the Turkish side "had taken upon itself an obligation to neutralize terrorist groups" in Idlib under bilateral agreements. But "all these groups are mounting an attack on the Syrian army from Idlib and are acting aggressively towards Russian military installations," he added.

This is "unacceptable and runs contrary to the Sochi agreements," Peskov told reporters.

Damascus described Erdogan as being "disconnected from reality" after he made the threat.

"The head of the Turkish regime comes with empty... statements only issued by a person disconnected from reality," state news agency SANA quoted a source at the foreign ministry as saying. 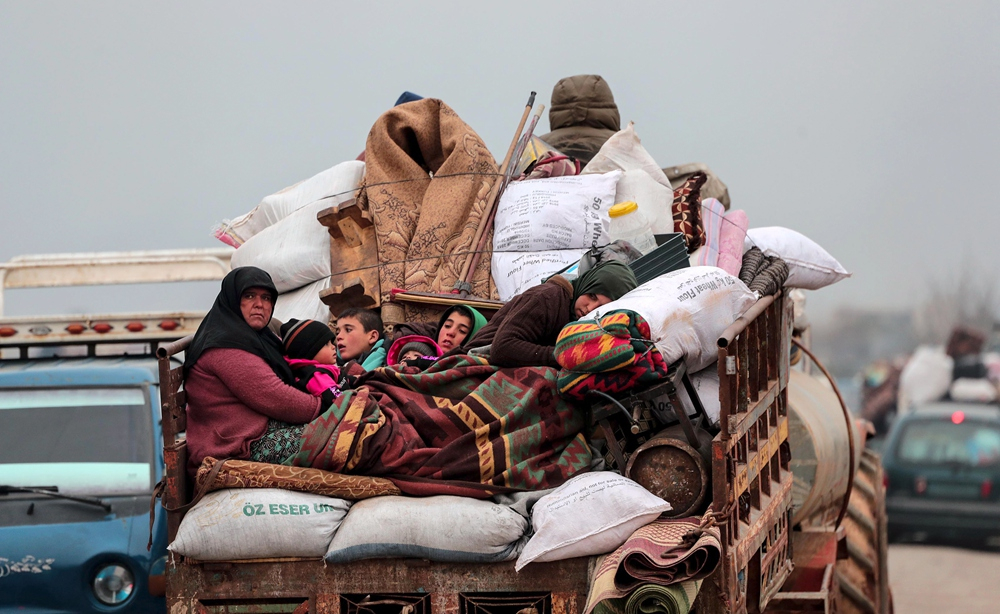 Civilians flee from Idlib to find safety inside Syria near the border with Turkey, February 11, 2020. /AP Photo

Civilians flee from Idlib to find safety inside Syria near the border with Turkey, February 11, 2020. /AP Photo

Syrian government forces Wednesday pushed on with their offensive in the country's northwest, securing areas along a key national highway they seized. In their latest push, the forces have seized a string of towns and villages from rebels and jihadists in the west of Aleppo Province since Tuesday night, pro-Damascus newspaper Observatory and al-Watan reported.

Hours after completely retaking the economically vital M5 highway which links the country's four largest cities, they cleared all areas directly west of the road in Aleppo Province of rebels and jihadists.