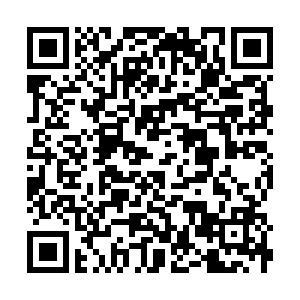 Chinese President Xi Jinping had a phone conversation with UK Prime Minister Boris Johnson on Tuesday, in which he said the material support from the UK for China's fight against the COVID-19 has shown the friendship between the two countries and peoples.

President Xi also expressed his gratitude to Queen Elizabeth II and Johnson, who sent their sympathies to China in its fight against the COVID-19.

Since the epidemic broke out, China has insisted on putting people's safety and health first and adopted the most comprehensive, strictest, and most thorough prevention and control measures, Xi said.

China's efforts are paying off. The situation of the epidemic prevention and control has changed positively, and the control measures are achieving visible results, he said.

China can meet its economic growth target in 2020 despite the impact of the coronavirus outbreak, the president continued, adding that China's economy remained resilient as efforts to control the outbreak reached a critical stage.

President Xi said China adheres to the concept of a community with a shared future for humankind and is responsible for the safety and health of its people, as well as the global health cause.

"We have made tremendous efforts to effectively prevent the spread of the epidemic worldwide. China will continue to cooperate with other countries, including the UK, in an open and transparent manner," he said.

President Xi said China and the UK should strengthen high-level exchanges and conduct more practical cooperation. He said China is willing to work with the UK to safeguard multilateralism and free trade.

Johnson spoke highly of China's acts to prevent and control the epidemic, share information with the international community in a timely manner and work hard to prevent the epidemic from spreading worldwide.

He said the UK admires China's speed and efficiency in fighting the epidemic and is willing to continue to provide support and assistance to China.

Johnson said he personally loves China and would like to lead the new British government to work closely with China to deepen exchanges at all levels, deepen cooperation in various fields and continue to achieve new results in the "golden era" of UK-China relations.

The UK welcomes Chinese companies to invest in the country and is willing to strengthen cooperation with China under the framework of the Belt and Road Initiative, he said.

"The UK and China are both influential powers and have similar positions on many international issues. Both sides advocate multilateralism, support free trade, and maintain the multilateral trading system," he said, adding that the UK is willing to enhance cooperation on climate change with China.