What inspiration can be taken from retrieving the Parthenon Marbles?
By Wu Yan 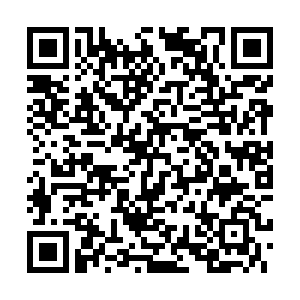 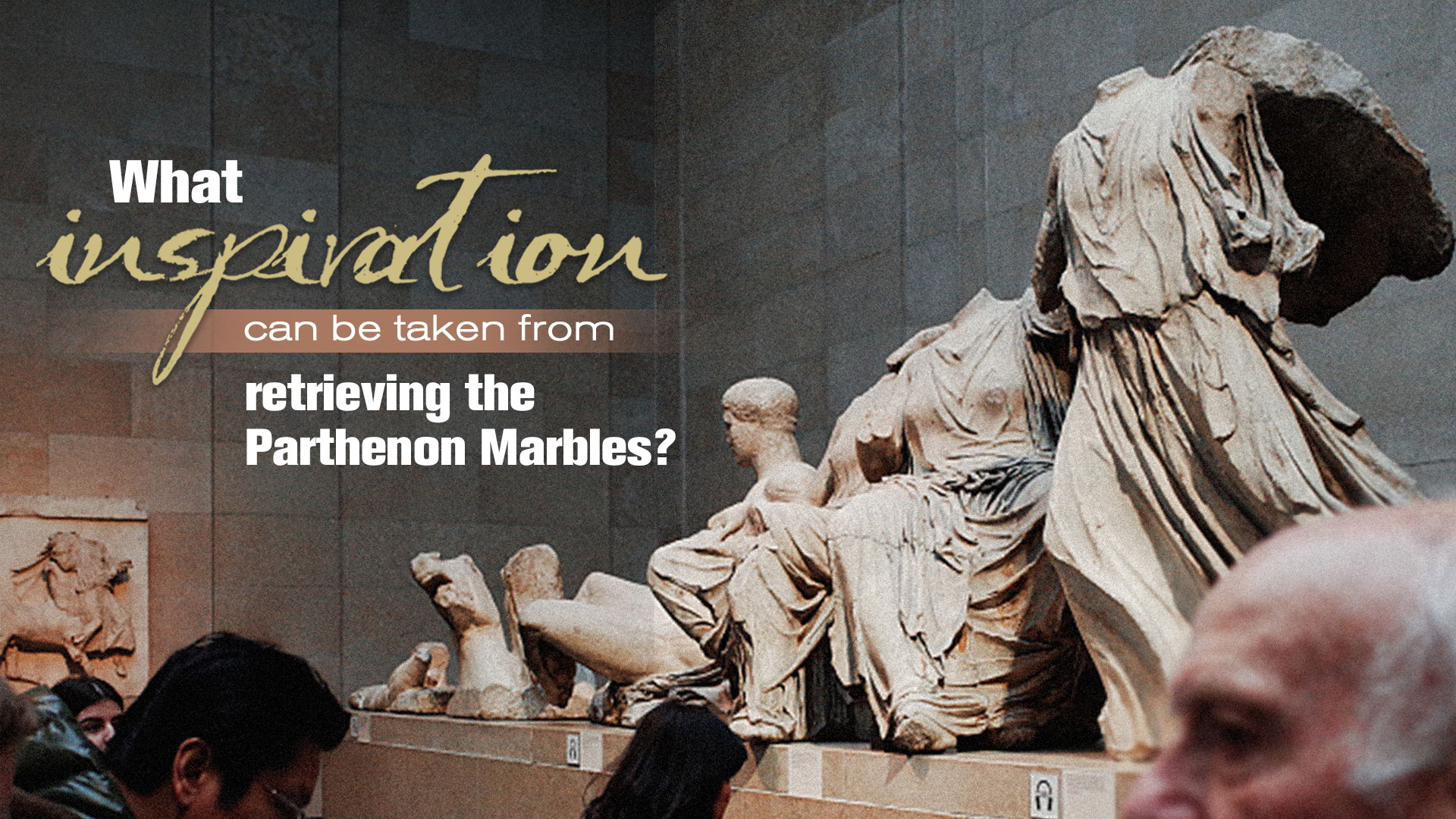 The centuries-old dispute over the return of Parthenon Marbles is in the spotlight again after Brexit, and its result may set an example of how a culture's lost heritage can be returned to its country of origin, giving inspiration to culture-rich countries like China who have lost some of their heritage.

After Brexit, a draft of the 27 EU nations' position on negotiations with Britain on their future relationship is to seek the "return or restitution of unlawfully removed cultural objects to their countries of origin," according to a Reuters report.

Although the document does not specify any cultural objects, the British media have linked it to the Parthenon Marbles, also known as Elgin Marbles. In a response, Greek government spokesman Stelios Petsas said that, "Greece's request for the return of the Parthenon marbles remains strong and it is not linked to a Brexit deal."

The 2,500-year-old sculptures were removed by British diplomat Lord Elgin from the Parthenon temple in Athens in the early 19th century, when Greece was under Ottoman Turkish rule, and were sold to the British government in 1816 and displayed in the British Museum thereafter.

Believing the treasures to be unlawfully taken, Greece has repeatedly asked for the UK to return them, but has been refused by British Museum. The institution says that they are under "Legal contract" and are "Everyone's shared heritage."

"Every country recognizes that only when a cultural relic is returned to its country of origin and meets its own specific cultural environment, can it display its cultural value to the maximum," said Huo Zhengxin, professor of law and vice dean of the Faculty of International Law at the China University of Political Science and Law.

In 2009, the New Acropolis Museum was opened at the foot of the Acropolis in Athens. From its glass-box shaped Parthenon Gallery on the museum's top floor, the Parthenon is just in sight. The museum itself rebutted the argument that Greece is lacking a suitable location for the Parthenon Marbles' display.

"The modernized New Acropolis Museum has sound conditions to house the Parthenon Marbles," said Huo, "There is no excuse for the British Museum not to return the sculptures."

China has long been committed to building an international environment favorable towards countries restoring their stolen archaeological heritage.

In 2014, China hosted the International Conference of Experts on the Return of Cultural Property and adopted the "Dunhuang Declaration," the first international document raised by China on the protection and return of illicitly exported cultural property.

The declaration raised awareness of the importance of the cause among the international community, and encouraged related countries to amend laws to promote international cooperation in the prevention of and fight against the illicit trafficking of cultural property.

"By adopting the document, China hopes the international community will gradually reach a common concern. That is, cultural heritage is an important symbol and has great significance to a country or nation, so all countries should respect the rights of others in recovering their lost cultural property," said Huo. 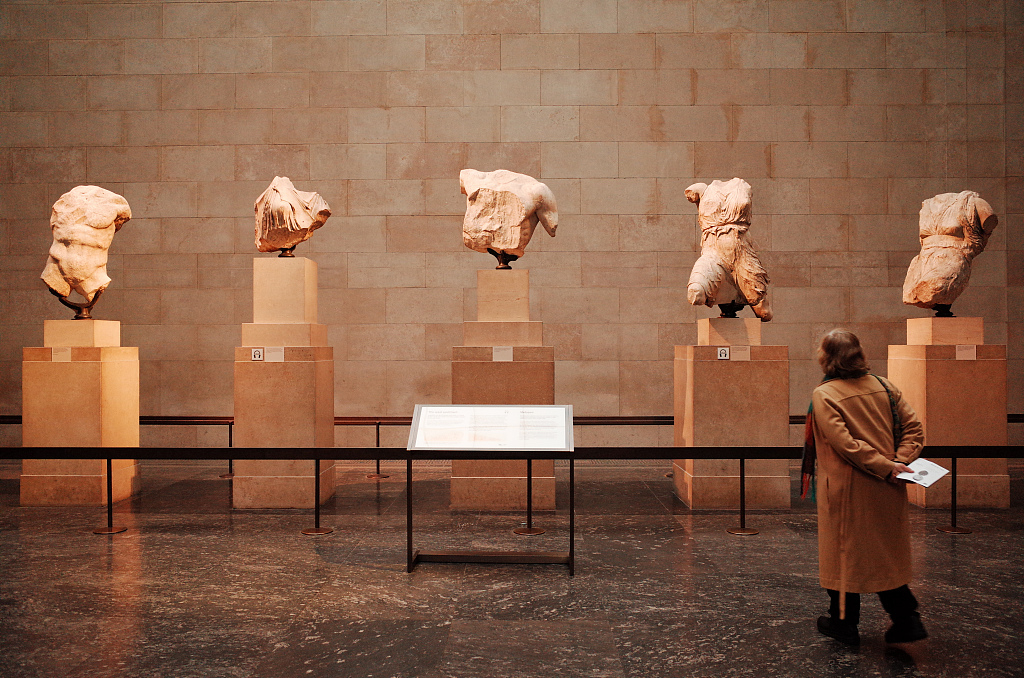 A section of the Parthenon Sculptures exhibit at the British Museum in London, UK, February 13, 2020. /VCG

A section of the Parthenon Sculptures exhibit at the British Museum in London, UK, February 13, 2020. /VCG

After World War Two, the international community started to make some international conventions to combat the illegal trade in cultural items. They are of positive value and effect, but not without their defects.

The 1970 UNESCO Convention (Convention on the Means of Prohibiting and Preventing the Illicit Import, Export and Transfer of Ownership of Cultural Property 1970) and 1995 UNIDROIT Convention (Convention on Stolen or Illegally Exported Cultural Objects) are two important treaties on combating illicit trade. But the number of contracting parties are not satisfactory. So far, only about 40 countries have joined the 1995 UNIDROIT Convention, and most of them are countries who have lost their cultural property.

"Some countries that have imported cultural relics are not willing to sign the conventions because of their own interests, which greatly impairs the effect of the conventions," said Huo.

As a result of confrontation and compromise between the countries, "The core articles or clauses of many international conventions are vague in meaning and have little room for adjustment, which also impairs their effects," he added.

Also, the international conventions lack an enforcement system. They depend on every country to enforce them.

Last but not least, the legal principle of Nulla poena sine lege praevia, Latin for "No penalty without previous laws," is widely used in modern laws and treaties. Cultural heritage stolen or smuggled long ago may not be applicable to today's legal provisions.

For example, the 1954 Hague Convention for the Protection of Cultural Property in the Event of Armed Conflict prohibits all parties from removing property from its territory of origin, and if any party does so, it must return the items. However, the convention only holds for relics looted after it was implemented.

Taking China as an example, "Foreign countries' invasions into China all happened before the 1940s, so the looted Chinese relics are not protected by the convention," said Huo.

Barriers in domestic laws and more 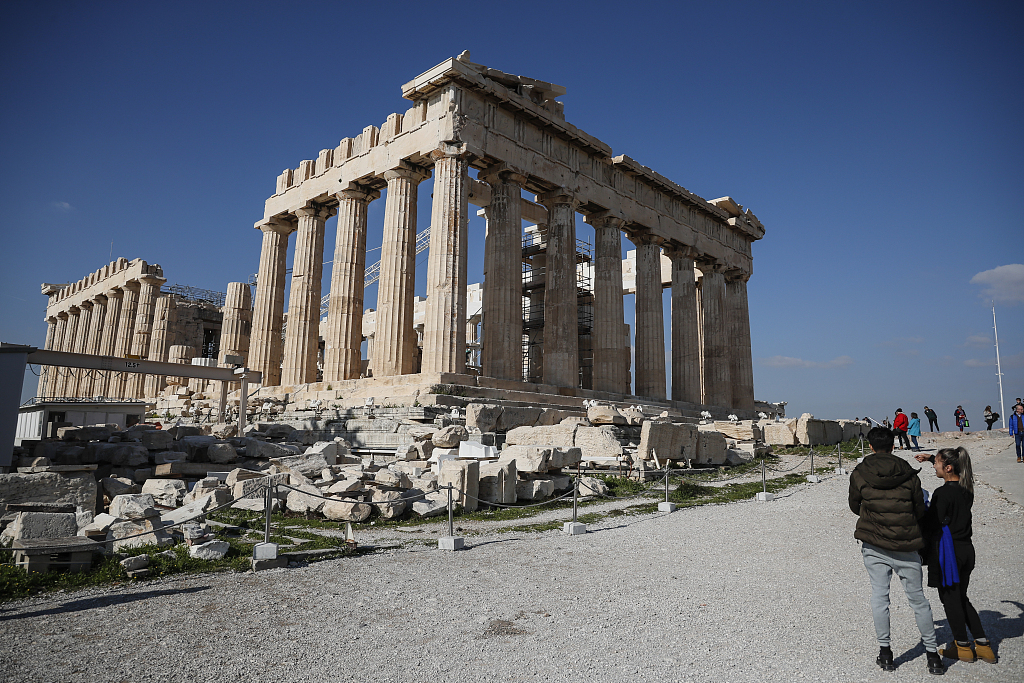 Some provisions in the domestic laws of many countries may also become barriers.

The first barrier is the bona fides principle. A bona fide purchaser refers to an innocent purchaser who did not know the cultural relics were illegally traded when buying them. Many domestic laws protect such purchasers.

Besides legal barriers, there are difficulties in obtaining evidence. The country of origin usually needs to submit a complete chain of evidence to the court to claim its ownership of the cultural relics, such as when and where the cultural relics were stolen, when they left the country illegally, and when they were transferred to the current holders.

"Because most of the illegal trade of historical artifacts was done underground, it is extremely difficult for the country of origin to obtain a complete chain of evidence," said Huo.

In 2015, former Greek Culture Minister Nikos Xydakis ruled out the legal action of retrieving the Parthenon Marbles lost 200 years ago, and expressed a preference for taking "A more pragmatic approach towards finding a solution through diplomatic and political channels" rather than through international court, because the latter's "Outcome is uncertain."

"Even if there are obstacles in the current law, the legal system should be gradually modified and improved to facilitate the cultural heritage, especially important items, to return to their country of origin eventually," said Huo.

During an interview with Reuters, the current Greek Culture Minister Lina Mendoni said Greece would never give up the campaign for the marbles' return. "It is the mentality that has changed, the fact that Britain is distancing itself from the European family, it is 200 years since the Greek revolution. I think the right conditions have been created for their permanent return."

What about China in retrieving its own lost cultural heritage?

Read this: Return of cultural heritage celebrated, but China has to do more

(Cover image: Visitors look at a section of the Parthenon Sculptures exhibit in the British Museum in London, UK, February 13, 2020. /VCG)