Return of cultural heritage celebrated, but China has to do more
By Wu Yan 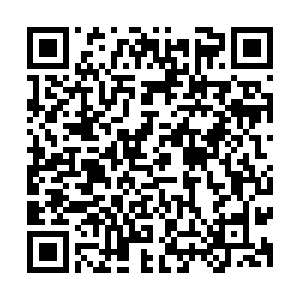 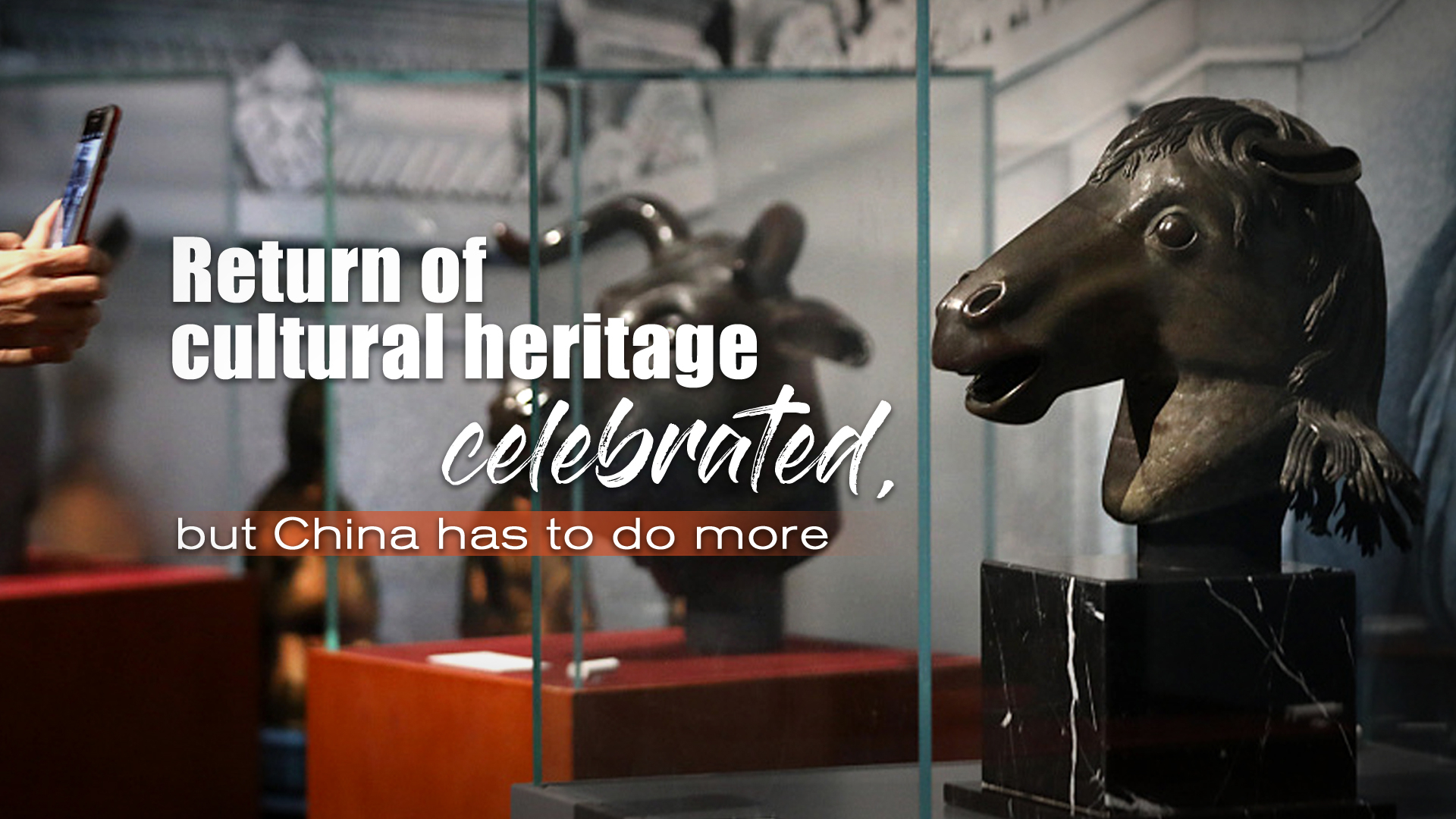 The inspiration taken from Greece seeking the return of the Parthenon Marbles is that many difficulties, such as international conventions and adverse articles in many countries' domestic laws, may hinder the return of this lost cultural heritage, and countries of origin need to find more ways to get their own property back.

In recent years, China has successfully retrieved more and more of its lost cultural relics by using diverse methods, and 2019 saw a lot of returns.

"The most important reason why many cultural relics came back home in recent years is the enhancement of China's strength," said Huo Zhengxin, professor of law and vice dean of the Faculty of International Law at the China University of Political Science and Law.

In March 2019, China's cultural relics authority learned that a set of eight ancient bronze utensils being auctioned in Japan were believed to have been illegally imported from China. The authority learned that the artifacts were last seen in Shanghai in 2014, and then quickly checked the records of 21 artifacts import and export agencies in China, to discover the set was stolen from the tomb of earl Kefu of ancient vassal Zeng State in today's Hubei Province and then smuggled abroad. 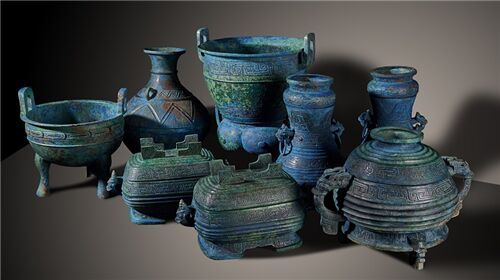 A set of eight ancient bronze utensils returned from Japan in 2019. /Xinhua

A set of eight ancient bronze utensils returned from Japan in 2019. /Xinhua

"It took only five months for China to retrieve the set of bronze utensils, which is very fast for the return of relics in China's history," said Huo.

Another highlight is that China is actively signing bilateral agreements on the protection and return of cultural relics with other countries to pave way for bilateral enforcement cooperation.

"Bilateral agreements usually are targeted and define more specific paths for law enforcement cooperation, so that they are more effective," said Huo.

"In the long period from the late Qing Dynasty (1644-1911) to the modern day, China lost its cultural relics in many ways, and therefore, the methods taken by China to pursue cultural relics are diverse," said Huo.

The Old Summer Palace's bronze rabbit and rat heads looted in 1860 came back to China through donation; a batch of Dabuzi Mountain gold foil ornaments of the Qin Dynasty (221-206 B.C.) illegally exported from China in the early 1990s were repatriated from France in 2015 through diplomatic negotiation; a total of 361 pieces (sets) of Chinese cultural relics discovered by FBI from a U.S. collector returned last year through bilateral enforcement cooperation between the U.S. and China; and the pursuit of a mummy Buddha "Zhanggong Patriarch" stolen from a village in Fujian Province in the 1990s and purchased by a Netherlander after several transactions is still part of a transnational lawsuit. 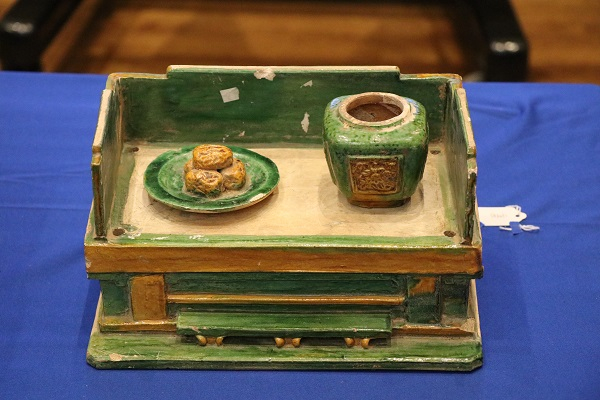 One of the 361 pieces (sets) of Chinese cultural relics returned from the U.S. in 2019. /China Daily

One of the 361 pieces (sets) of Chinese cultural relics returned from the U.S. in 2019. /China Daily

Although it was once the main method of returning relics, repurchases have become less popular due to some organizations auctioning the items off in a traditional manner, thus creating bidding wars.

For example, bronze animal heads, originally part of a fountain at the Old Summer Palace, were looted by the Anglo-French Allied Forces in 1860. The prices of the heads had risen by over 10,000 times since the first auction in 1987.

"When they looted cultural treasures from China at the time, it was a harm to Chinese people. Today, Chinese bought them back at high prices. I think it is another kind of harm," said Huo.

"In specific cases of retrieving historical artifacts, we often choose optimal methods, but sometimes we need to use several methods comprehensively to facilitate the return," Huo said. 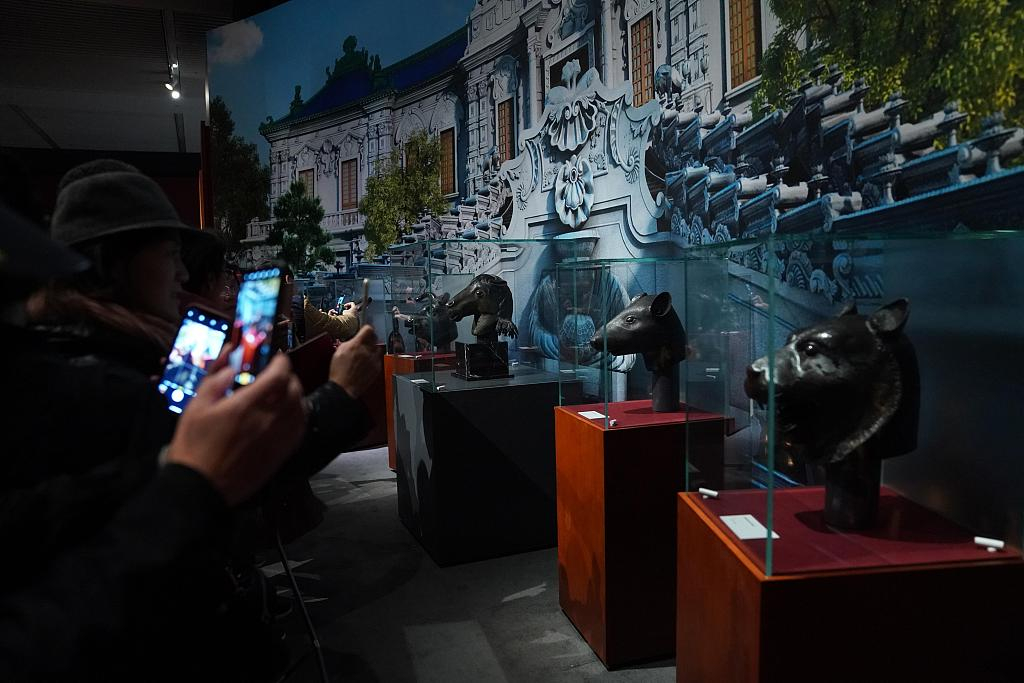 Seven of the Old Summer Palace's bronze animal heads looted in 1860 and returned to China in recent decades are displayed at an exhibition in Beijing, November 13, 2019. /VCG

Seven of the Old Summer Palace's bronze animal heads looted in 1860 and returned to China in recent decades are displayed at an exhibition in Beijing, November 13, 2019. /VCG

Although many efforts have been made, the problem of cultural relics illegally leaving the country has not been solved yet, and new challenges continue to rise.

In the era of globalization, China has participated extensively in the international market, and cross-border exchanges of people and goods have become more frequent, which make daily supervision very difficult.

Besides, cultural relic-related crimes tend to be highly organized.

"It happened that we found a tomb robbing case somewhere in China, and three days later cultural relics from this tomb appeared at an auction in some Western countries. Such fast speed causes many difficulties in combating cultural relic crimes," said Huo.

When facing the same challenges, other countries have found their own solutions.

In 2007, they found a batch of artifacts thought to have been illegally exported from China on a local market in Italy. They informed China's Embassy in Italy and the two countries started negotiation and enforcement cooperation. Eventually, in 2019, a total of 796 pieces (sets) of cultural relics returned from Italy to China, which is the largest-scale international repatriation of lost Chinese cultural since 1998. 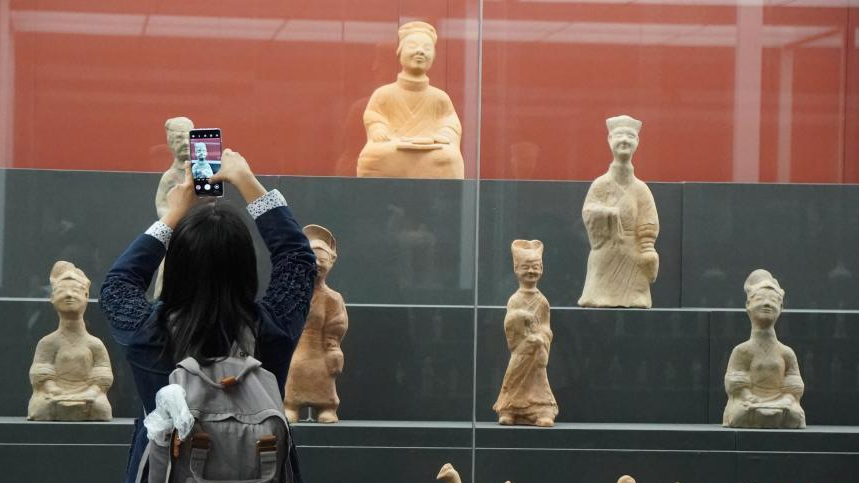 Some of 796 pieces (sets) of cultural relics returned from Italy in 2019. /China News Service

Some of 796 pieces (sets) of cultural relics returned from Italy in 2019. /China News Service

The department has made the issue of recovering Egypt's cultural relics smuggled overseas a standard part of government work, tracking auction and exhibition clues on more than 40 cultural relics websites around the world.

As with Egypt and Italy, China has lost a lot of its cultural relics. UNESCO estimated that China has 1.63 million cultural relics distributed in 218 museums in 47 countries, and the private collections are 10 times as large.

"I heard that the State Administration of Cultural Heritage will set up an agency specialized in retrieving lost cultural relics. It's a very good start," said Huo, "but for the numerous cultural relics lost overseas, there are still a lot of work to do."