Graphics: Where are the Diamond Princess evacuees?
By Zhao Hong 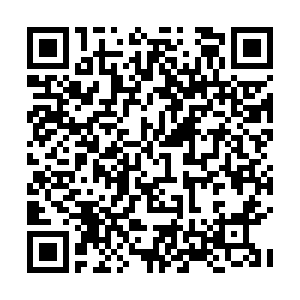 After more than a month of floating at sea, the more than 2,600 passengers on the Diamond Princess cruise ship finally stepped ashore. Yet it's not the end of the novel coronavirus transmission, as emerging cases represent an ongoing risk.

The last group of crew on the Diamond Princess started leaving the ship after the last passenger disembarked on Thursday. The crew will stay in Japan for another 14 days.

The Diamond Princess, with 3,711 passengers and crew on board, set off on January 20 for a two-week voyage, but instead became an epidemic hot spot.

So far, 705 people, nearly one-fifth, have been confirmed to be infected. 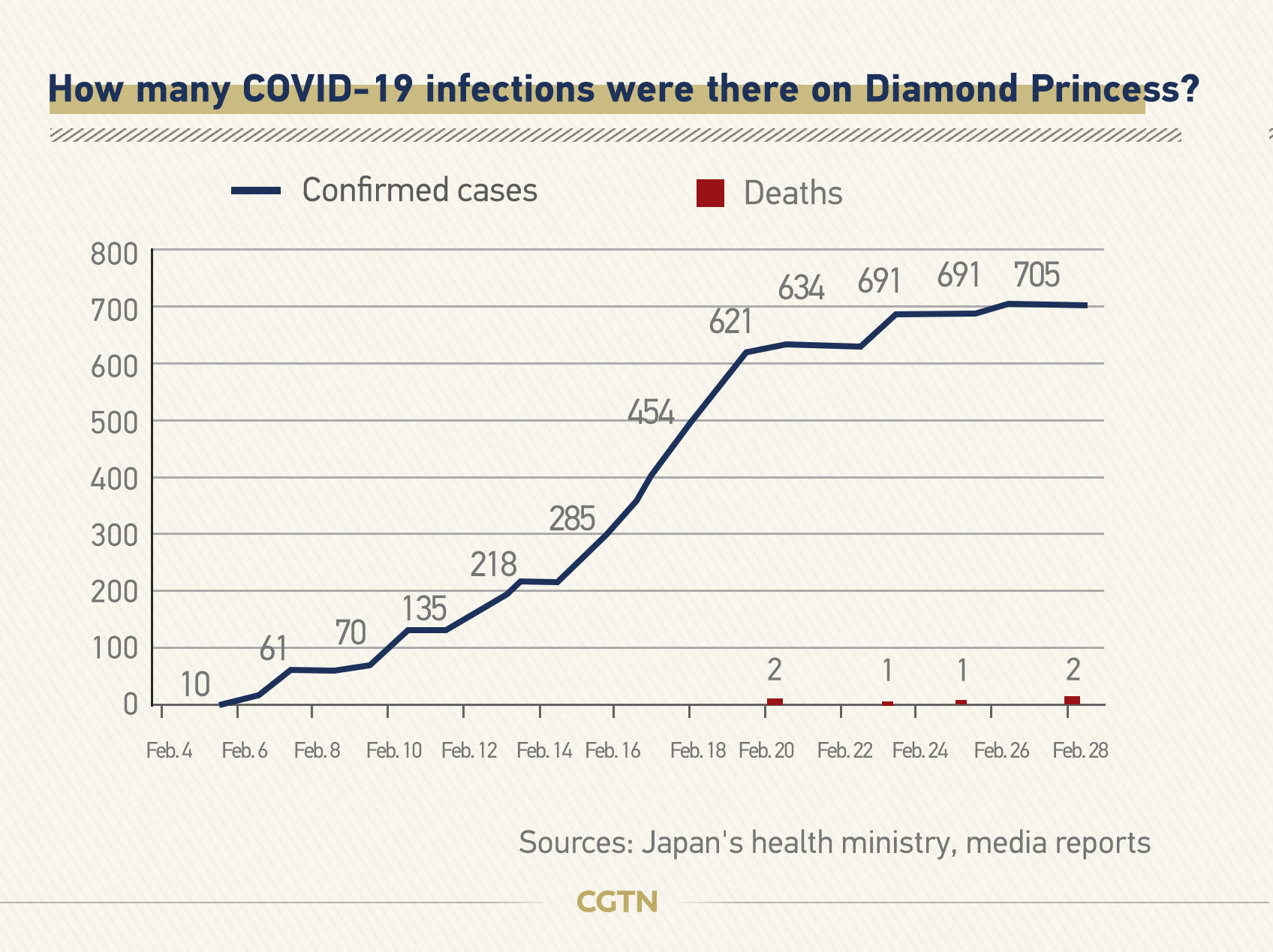 The mood turned gloomy on this luxury cruise ship on February 1 when an 80-year-old male Hong Kong passenger was diagnosed with COVID-19 a week after his disembarkation.

The ship returned to Yokohama two days later, and was put under a 14-day quarantine by the Japanese government after 10 people on the ship had tested positive for the virus.

There has been a controversy over the quarantine of the ship and heavy criticism over the Japanese government's handling of the outbreak.

The confirmed cases kept surging during the quarantine period.

From February 15 to 19, the average daily increased cases were above 65. On the final day of the quarantine, the cumulative number of confirmed cases exceeded 600.

In addition, many cases were confirmed after being released with negative test results.

After the quarantine ended, around 970 passengers who tested negative were released between February 19 and 21.

The released passengers made their way to waiting coaches or into taxis, returning to life as normal, without further confinement.

Overseas passengers took chartered flights arranged by their home countries and, when back on their home soil, were placed under quarantine for another 14 days.

Concerns the ship could become the source of a fresh wave of expanding infections swelled when a Japanese women was found infected three days after disembarking. 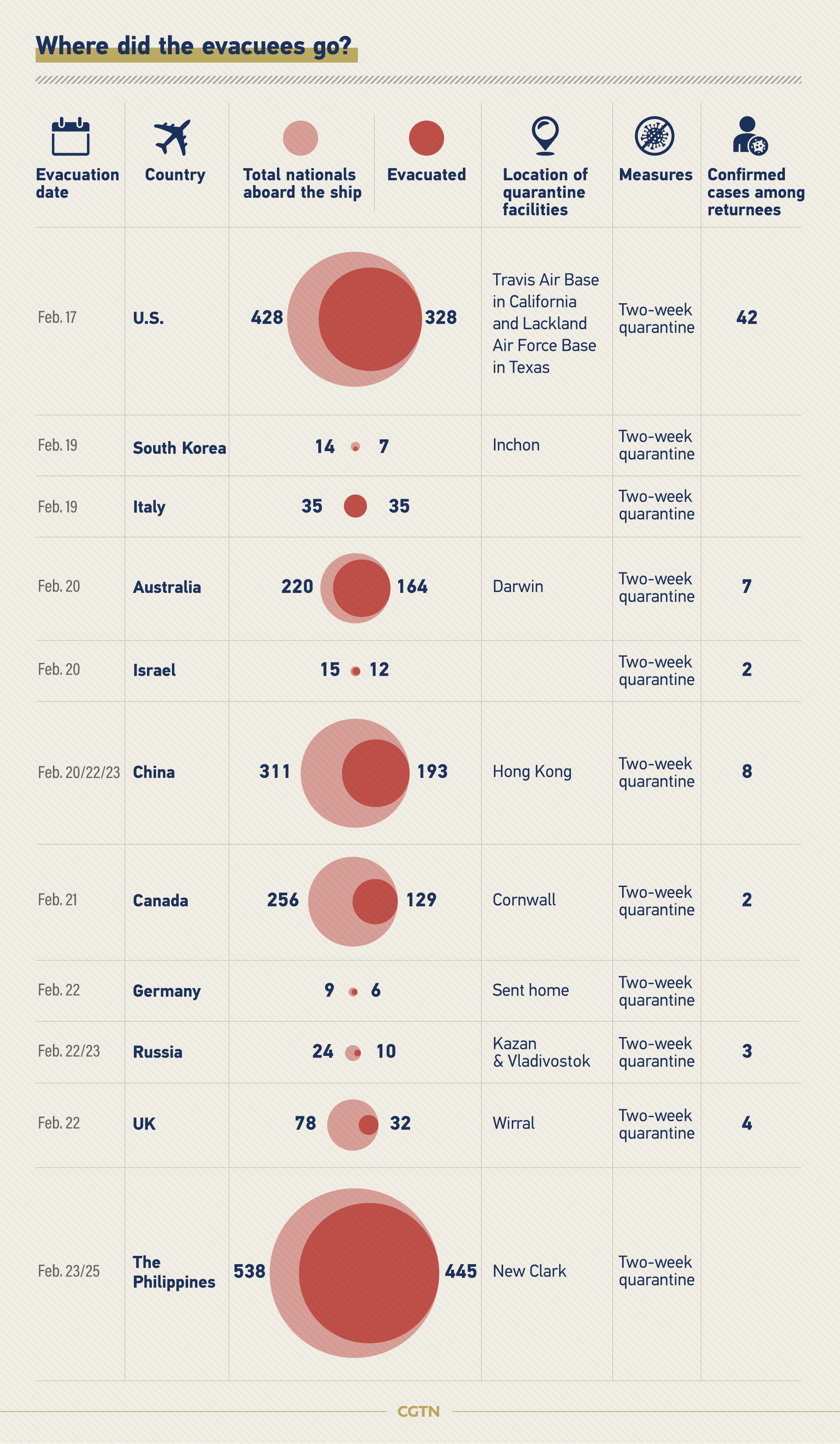 Among the overseas passengers who had been tested negative and brought home, at least 68 were found infected in their home countries, including 42 Americans and seven Australians.

As of February 20, half of those infected with the coronavirus had no symptoms and became asymptomatic carriers, making it more complicated to detect cases and curb transmission.